Former Marvel Editor-in-Chief Joe Quesada has showed off a sketch he did of Batman battling Captain America.

On Twitter, Quesada revealed the sketch of the Dark Knight duelling against arguably his Marvel counterpart. The artist/publisher also recently drew a sketch of Catwoman.

IN honor of tonight’s @Drink_and_Draw, here’s a sketch I did several years back. https://t.co/YD0wmQjxE3 pic.twitter.com/Hhq65Pr1VU

With all of this recent talk about an inter-company crossover, wouldn’t it be cool to see the two heroes duke it out again?

The History of Batman versus Cap

There has been a few notable times when the two superheroes clashed. Once in the 1996 Batman/Captain America crossover. The two fought as Bruce Wayne and Steve Rogers, before realizing that each other’s costumed alter egos. However, that was an Elseworlds tale, written and drawn by legendary creator John Byrne. The crossover was set in an alternate universe where Batman met Cap in World War II.

Later that year, they battled in an “in-continuity” event called DC versus Marvel and Marvel versus DC. There, Batman decisively defeated Captain America by using the Avenger’s greatest weapon against him: democracy! Actually, fans voted who would be the victor. In the comic, Cap had the poor luck of standing next to a burst of sewer water, which resulted in a bump to the head. So Batman really won via a technicality. 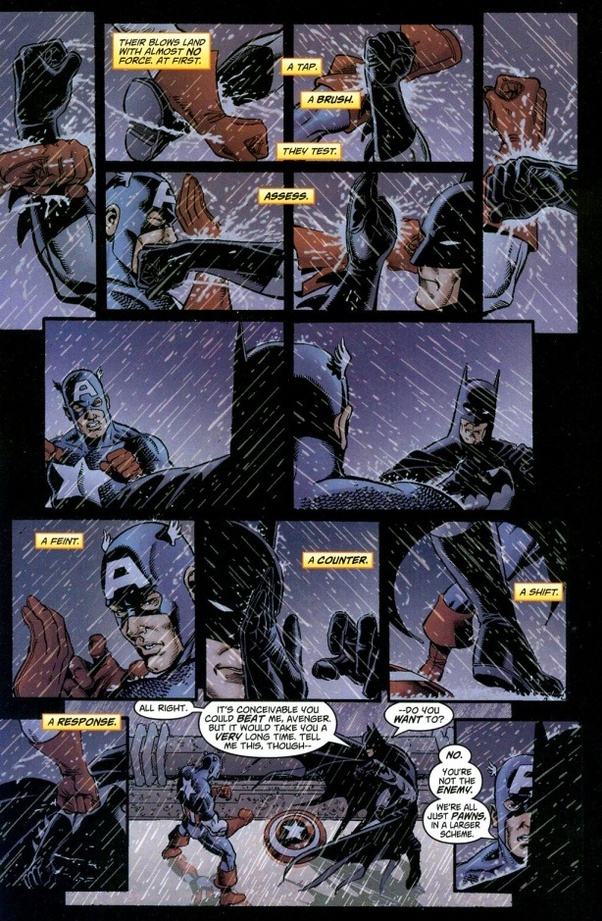 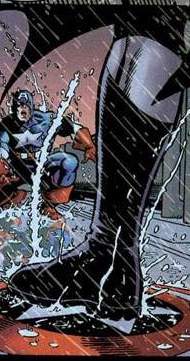 A more satisfying fight was eventually seen in 2003’s JLA/ Avengers crossover. As the Avengers and Justice League battled overhead, Batman and Cap squared off below. Eventually, Batman admitted that Cap’s skill and strength could result in an eventual victory.

So for now, it seems that even Batman admits that Cap may be able to beat him, though Batman got the last laugh when he stepped on Captain America’s shield. That’s a huge party foul, Bats! How would you like it if someone stomped all over your stuff?

What do you make of his dynamic? Who do you think would win? How cool is the sketch by Joe Quesada? Let us know your thoughts.

‘The Batman’ Will Not Be An Origin Movie