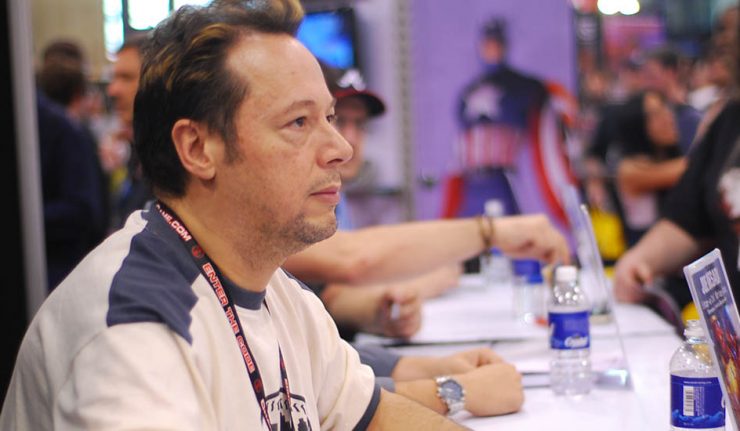 Comic book fans should be aware of Joe Quesada, an executive over at Marvel Entertainment. In case you somehow did not know, Quesada is an incredibly accomplished artist as well. While closely associated with the Marvel brand now, he began work in the industry as an artist for DC Comics. He eventually left his mark at DC by co-creating Azrael with Denny O’Neill. A big hotshot in Marvel right now, he still hasn’t lost his touch with Batfamily characters. On Instagram, Quesada shows he still has the chops by posting an illustration of Catwoman.

Quesada is currently involved in a YouTube livestream show called The Original Drink and Draw Social Club. The show invites artists to drink and talk shop, all while drawing a pre-determined character. Last Friday, Catwoman was the character of the week and Batfans are reaping all the rewards.

Take a look at the piece below:

My Catwoman from tonight’s Drink and Draw. #catwoman

That’s pretty stunning, don’t you think? The inking is pretty phenomenal and I just adore Selina’s face. I’m not sure why, but Selina’s face to me comes off as a Year 2 or Year 3 version of Catwoman, very fresh in the world of petty crime.

Also, in case you missed it, last week Quesada posted an illustration of the man himself:

Detail on my unfinished Batman rough from last night’s Drink and Draw. This is just part of a much larger piece that I’ll hopefully finish in the next week or so, but gotta pay the bills first ;^) #batman

Though not as good as the illustration of Catwoman, I do like it quite a bit. Perhaps it’s not the best angle for the Dark Knight, but there’s no denying that Quesada knows how to draw comic book characters.

A pretty fun and interesting YouTube show for comic book fans, check out the Drink and Draw Social Club.

What do you think? Would you like to see Joe Quesada jump back in and pencil an issue of Batman? What other DC characters do you think Quesada should draw? Let us know. 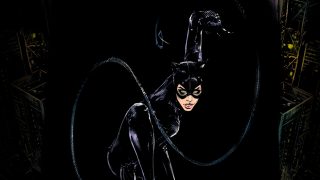