“Grinning From Ear To Ear”

“Grinning From Ear To Ear” brings us screaming into the present after the surprising ending we witnessed at the end of the previous episode, two long weeks ago. We last saw Batwoman in an embrace with her ex, Sophie, after Mary had pieced all the clues together and realised that her step-sister and the scarlet and black crusader were one and the same. 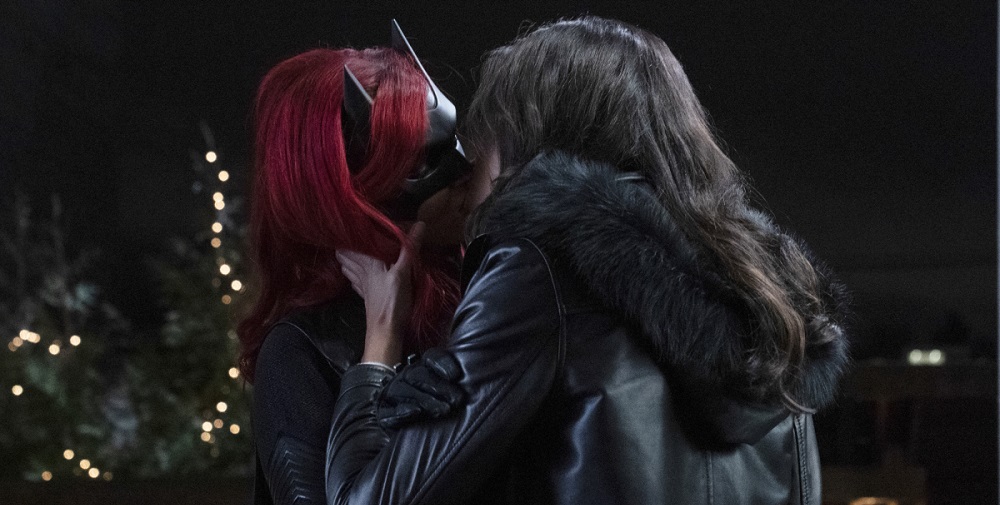 Deciding whether renewing a relationship, or having her secret identity discovered is more dangerous to Batwoman isn’t as easy as one might think. Historically, being linked romantically to any member of the Bat-Family has always ended up being more of a curse than a blessing, and uncovering a hero’s secret identity – particularly when said hero is a loved one or relative – has never been a walk in the park either. I don’t know if I’m more worried for Mary or Sophie these days!

The shocks don’t end there… oh, no! The episode starts with Duela Dent through the looking glass, but her reflection and warped sense of self perception is far more twisted than Lewis Carroll’s Alice’s ever was. If this episode is about anything it’s about how we feel about how others see us, and how in many cases that’s nowhere close to how we see ourselves.

Duela is the perfect character to bring to the forefront in this kind of story, as over her 44 year comics history she’s had more character twists and flips than almost anyone else in comics. The self dubbed “Joker’s Daughter” has been a murderer, an anti-hero and even a full-blown member of the Teen Titans! Her lack of cohesive identity is a strong part of this week’s story, and ties in beautifully with Kate and Sophie’s romantic dilemma and with Alice’s childhood terror at coming face to face with her captor and torturer, August Cartwright. 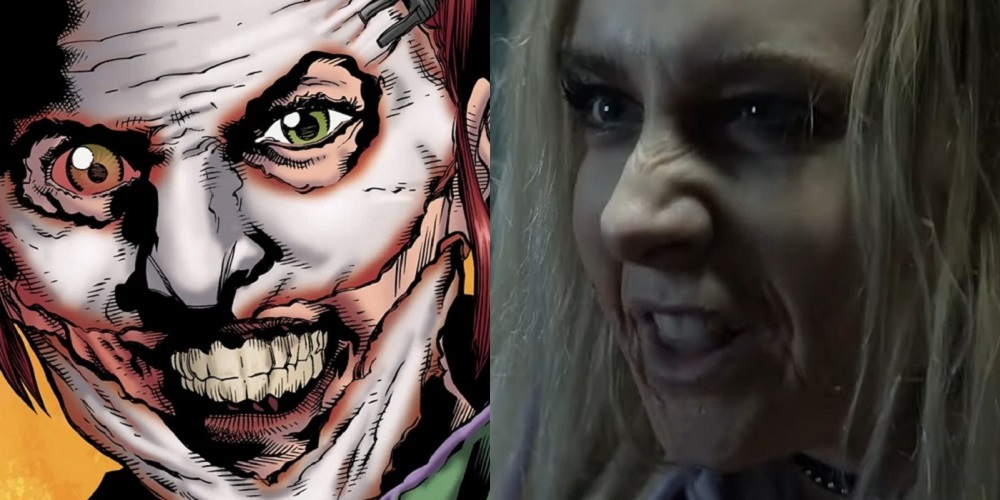 “Grinning From Ear To Ear” had me doing just that, from the opening scene to the closing credits. This episode was deep, intriguing and beautifully written; in terms of psychology, self-image and both the fragility and strength of the human spirit. I have to admit that I haven’t liked the character of Sophie Moore at all in this show, but I guess I’ve never walked a mile in her shoes. The introduction of her mother in this episode, played brilliantly by the wonderful Jeryl Prescott, made me think again.

Batwoman wears a mask, both to protect herself and those she cares about. Sophie Moore has worn a mask too, since her break-up with Kate. Whereas Kate’s mask defends both herself and others. Sophie’s decision to put on a facade to please everyone else ended up hurting Kate, her husband, her mother and – worst of all – herself. Lies seldom go uncovered, the truth will always out, and trying to save other people’s feelings by hiding the truth will hurt them all the more when it’s uncovered. Beyond that, the one person you’re really lying to is yourself.

Sometimes telling the truth will hurt you, or some of those you love. It’s a deep cut, a painful one, but one that will scar over and eventually heal. Lying, pretending and trying to please everyone else is like stabbing yourself each and every day of your life. Those are the kinds of wounds that remain raw and will never truly heal. 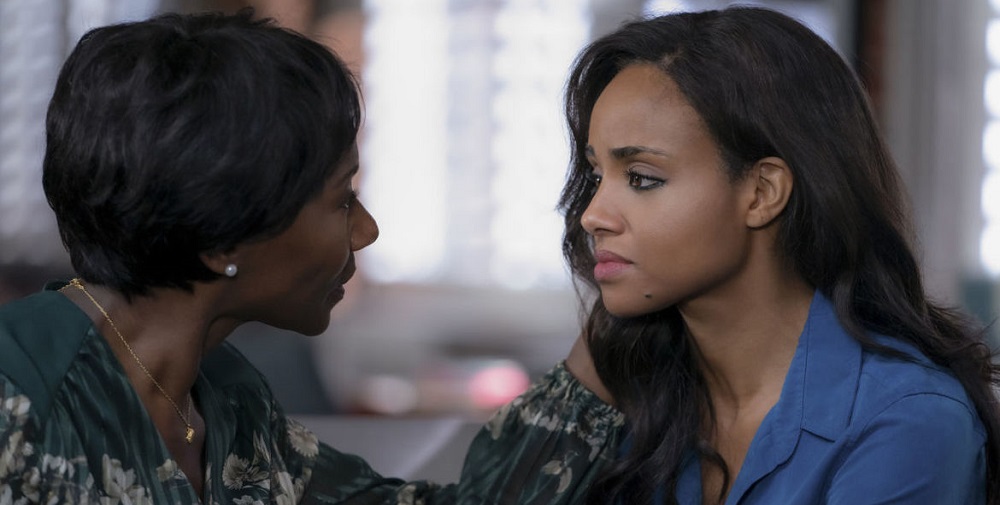 I absolutely loved this episode. I now have a deeper understanding of Sophie and Meagan Tandy has delivered her best performance of the season thus far. Ruby Rose continues to grow, week by week, and the old stalwarts, Rachel Skarsten, Camrus Johnson and Nicole Kang never cease to impress.

The writing and direction were also rock solid and even the guest stars were killer. Caprica‘s Alessandra Torresani made a deliciously depraved Duela – more, please – and I’ve been a fan of Jeryl Prescott for years. If you’re wondering where you may have seen this veteran actress recently, she played Madame Xanadu in DC Universe’s outstanding Swamp Thing series. How’s that for versatility?

“Grinning From Ear To Ear” was another terrific chapter of Batwoman, which left me excited and anxious for more.