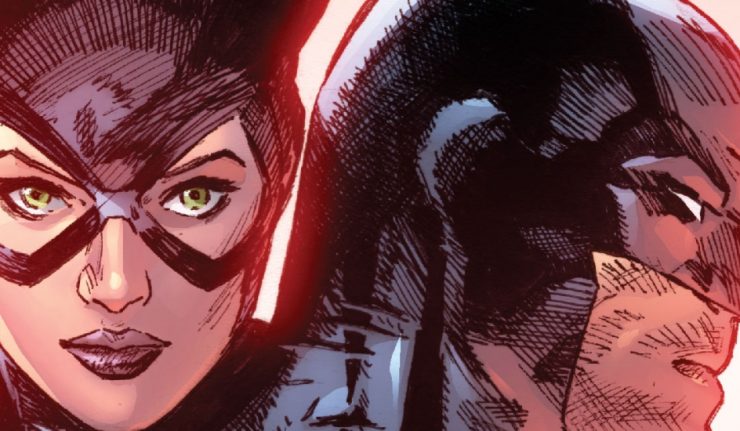 Clay Mann is a name that all comic book readers should know. Aside from working on many Marvel titles, more recently he’s been doing his thing for DC Comics. Over the last few years he’s produced some brilliant work alongside Tom King: Batman, Action Comics #1000 and the brilliant Heroes in Crisis. Next up is the eagerly anticipated 12 issue series, Batman/Catwoman.

Clay recently spoke to Newsarama about the new series, among other things. The first question posed to him was to enquire what he was currently working on. His answer is quite emphatic which, to me, gives the impression that he’s loving what he’s doing.

Newsarama: Clay, to give people a better idea of you, can you tell us what you’re working on today – besides this interview?

The exclamation point and the bold text, small things I know, tell us everything we need to know. He’s loving his current assignment.

Also during the interview, Clay discussed his work with Tom King and the support he received during the rescheduling from DC.

Newsarama: You’ve worked with numerous writers, but after meeting Tom King while working on Batman in 2017 you’ve seemed to find a groove with him and exclusively worked on his scripts for the past three years. What’s it like to find that kind of collaborator and be able to have some consistency in what you’re working from day-in and day-out?

Mann: The consistency is great. Work-wise, it’s just nice to not jump around. It’s nice to build a relationship with a writer. When that happens you understand each other and it just makes for a better book I think.

Newsarama: As you said, you’re now in the midst of a 12-issue run with Batman/Catwoman, and DC has adjusted the schedule to allow you to draw the entire thing without fill-ins. Why is that support so important for you?

Mann: I actually think Tom said that most of the books he read or had a big impact on him or DC/Marvel were always one artist. I tend to agree.

It seems like there is a push to let a creative team create. There are a lot of factors, though: Time, money, business, so it’s not always an easy thing to do. But they are trying.

Batman/Catwoman does not yet have a confirmed release yet it will no doubt be a most-popular series.  Are you looking forward to this, and what do you expect from it? Let us know.