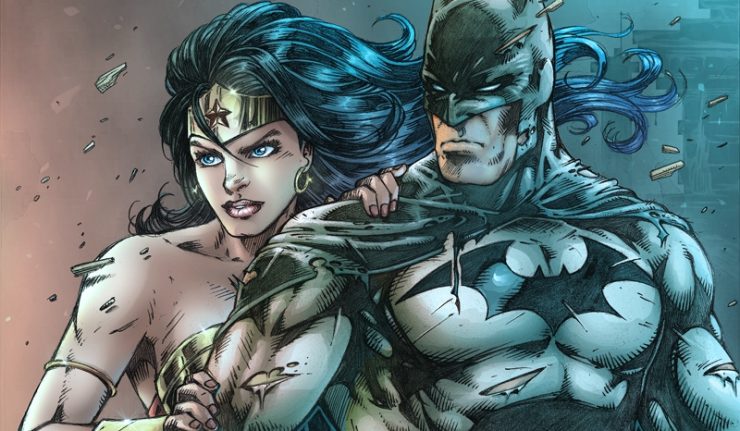 Leicester Square in London celebrates its 350th birthday this year, with bronze statues erected around the area. These pieces are set to commemorate a number of icons from the cinema. Among the characters on offer are DC superheroes Batman and Wonder Woman.

The Batman statue sees him in a typical pose, standing high upon a rooftop looking over the city. Wonder Woman, however, is breaking through a wall, her lasso of truth glowing in her hands. The official Batman and Wonder Woman Twitter accounts have shared images with their followers.

The reason for the commemoration of cinema icons is perfectly simple. Leicester Square has always been more than famous within the film industry for many, many years. The Odeon cinema in Leicester Square cinema has held hundreds of premieres over the years, with the Prince Charles Cinema also showing a number of cult favourites. 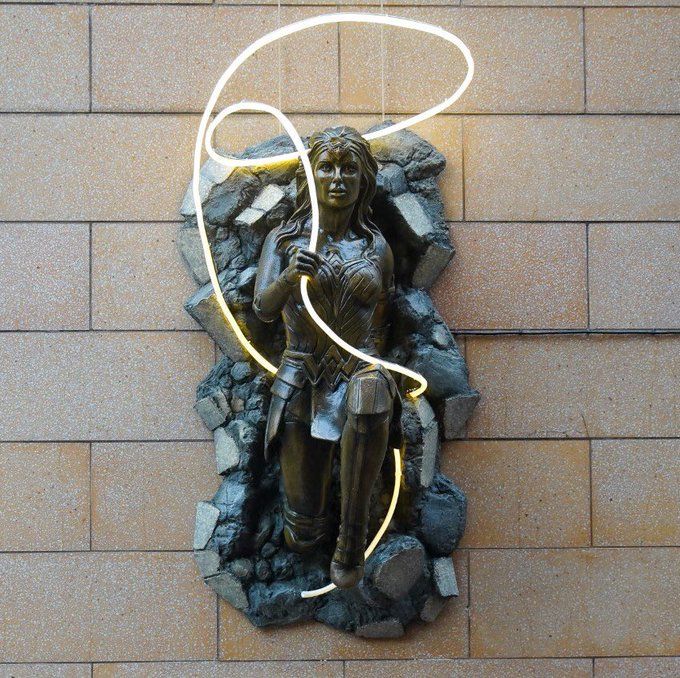 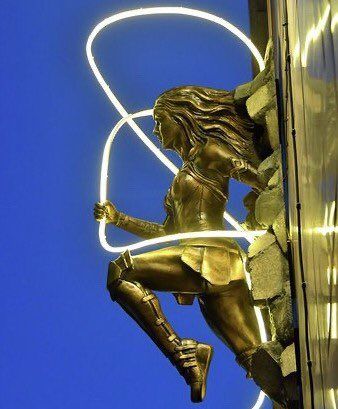 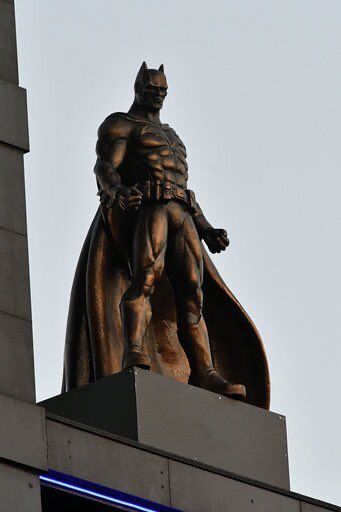 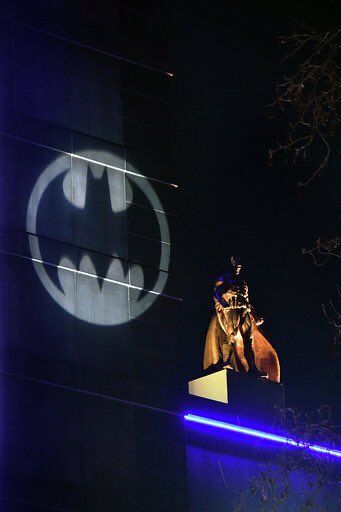 The statues join a host of other cinema icons including Paddington Bear, Mary Poppins, Laurel and Hardy and Mr Bean.

The statues are said to be staying in situ until at least June of this year, so if you get the chance get yourself down and take a look. There are rumours however, or more hopes, that they may well stay as permanent fixtures. How great would that be? With Wonder Woman 1984 coming this year, and The Batman next year these statues are ideal promotion.

Have you had the chance to visit and take a look at the Batman and Wonder Woman statues?  If not, will you be attending?  Feel free to let us know.