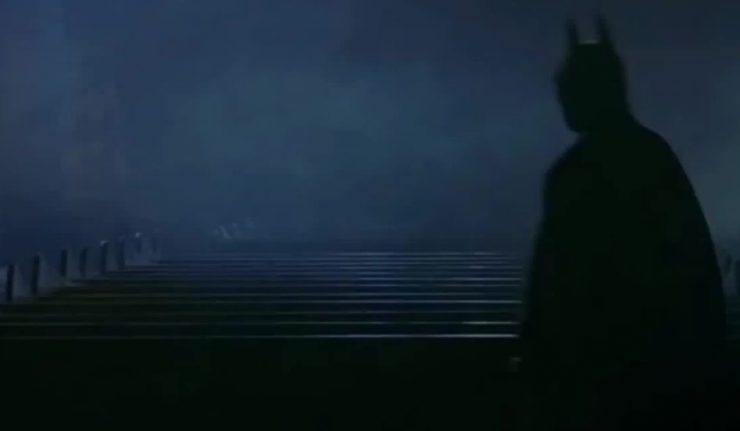 As of today, it’s been confirmed that Matt Reeves’ The Batman has started pre-production. Apparently, R-Battz has been in rehearsals for a bit now at WB’s Leavesden Studios in London. However, it looks a local may have found another possible filming location in the UK.

Cardington Airfield in Bedfordshire is home to several hangars (colloquially known as sheds) that once housed an airship station for the Royal Air Force in the early 20th century. Since then, it has seen several uses in media, but for our purposes, they have been leased out by several large studios as film locations. Star Wars has used the location twice. WB in particular has leased one of the sheds as a movie studio and shooting location for several flicks including Christopher Nolan’s Dark Knight trilogy and more recently, Justice League.

A Twitter account called @CardingtonSheds has gathered some purported information that one of the sheds will be used to Matt Reeves’ The Batman. Check out his Tweet below:

So this week i have discovered….
1. They are filming parts of the Robert Pattinson Batman film at Cardington.
2. They are building a Cathedral in Shed 1 for the movie.
3. They are looking for about 500 extras to film there.#Batman pic.twitter.com/iYUx28zm0U

More sadness for the Dark Knight?

Based on a casting call for extras in Cardington, @CardingtonSheds surmises that this cathedral will be the possible filming location for The Batman. Like all Batman movies, there’s tragedy. It’s a funeral scene.

Here’s the tweet looking for extras. Found out the film from other sources. pic.twitter.com/TkA4rojQIp

The casting call lists this as an action film being shot in February, which matches up nicely. With rehearsals currently underway and previous reports indicating that the film will start filming in early 2020, with some reports even saying January. With this, we can make an educated guess that a good chunk of filming will take place in the UK.

While this is fairly exciting, it’s important to stay grounded and keep the salt handy as none of this has been confirmed.