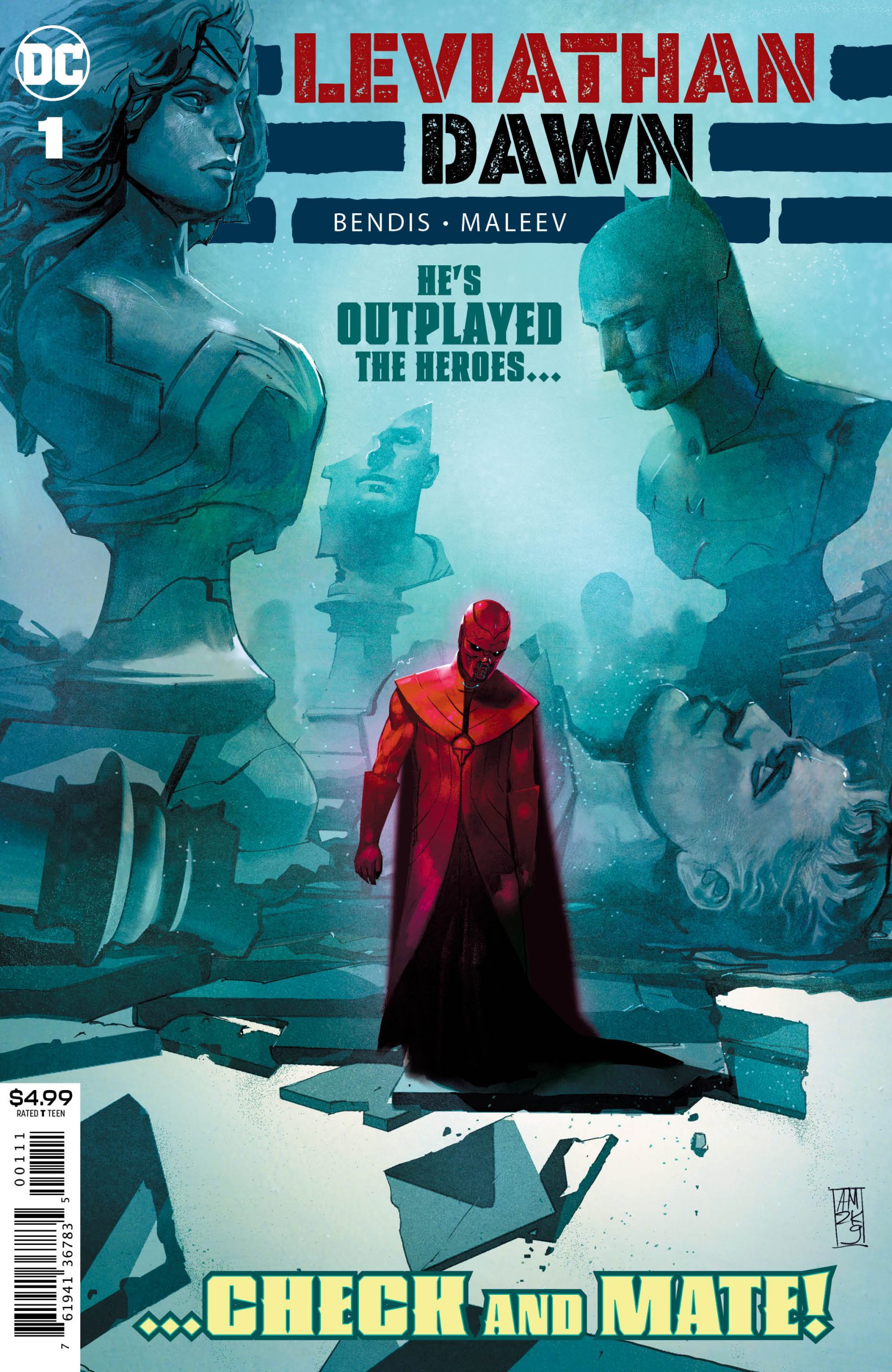 Heroes unite in the wake of Event Leviathan, as the New Leviathan – Mark Shaw – pivots to a new plan in this week’s Leviathan Dawn #1.

It’s a new day for Mark Shaw. While having dismantled multiple spy agencies, Shaw has also taken complete control of Leviathan. And, while he may have faced a slight setback in Event Leviathan #6, Shaw’s not going to let Batman and company ruin his movement. Determined to upend the Earth’s socio-political status quo, the former Manhunter’s going to dismantle the nation-states of the world. How’s he going to do it, you ask? How’s he going to use Leviathan to challenge international powers? Simple, he buys Markovia and renames it… wait for it… Leviathan. That’s right folks – Leviathan is now the name for a supervillain, a terrorist organization, and a country. Peachy.

Meanwhile, the hero community is practically !#$%@ing themselves while dealing with the fallout from Event Leviathan. A mysterious man frees Steve Trevor and begins recruiting heroes from the Event Leviathan team for ANOTHER team to combat Leviathan.

Leviathan Dawn #1 is a heavily scripted issue. Seriously, Brian Michael Bendis’ script is long and dense. It meanders from scene to scene, checking in on each of the heroes introduced in Event Leviathan, establishing their new status quo. There’s little action and a ton of dialogue. Oh, and did I mention that it’s long? Like 35 pages long. 35 boring pages long. Seriously, this is an exposition-heavy issue that burns slower than a wet towel. By the end of the issue, it’s revealed that Bendis is penning a sequel to Event Leviathan called Event Leviathan: Checkmate. Therefore, Leviathan Dawn #1 is simply a transition issue that will hold the two series together. And, trust me, it reads like one. 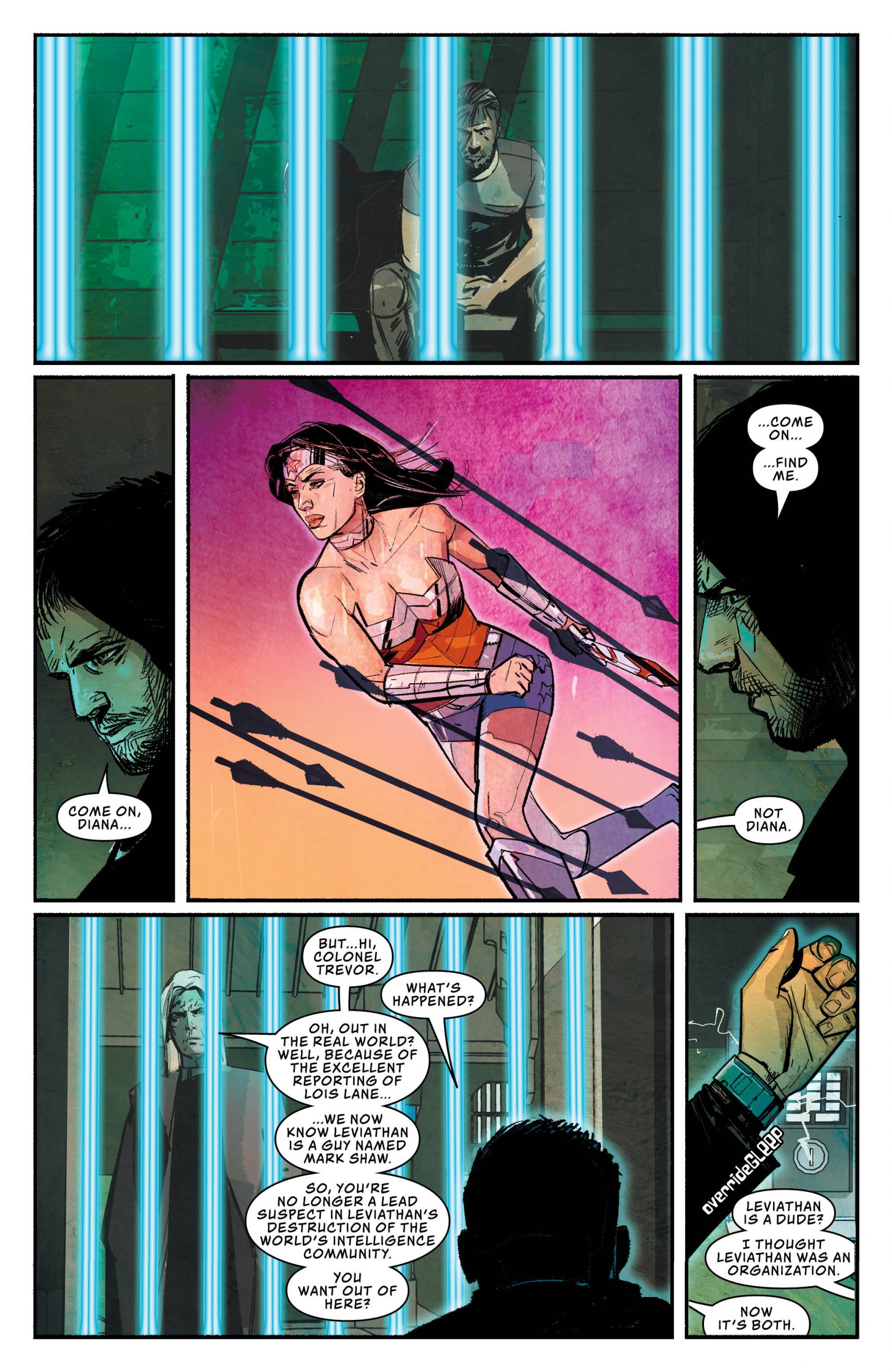 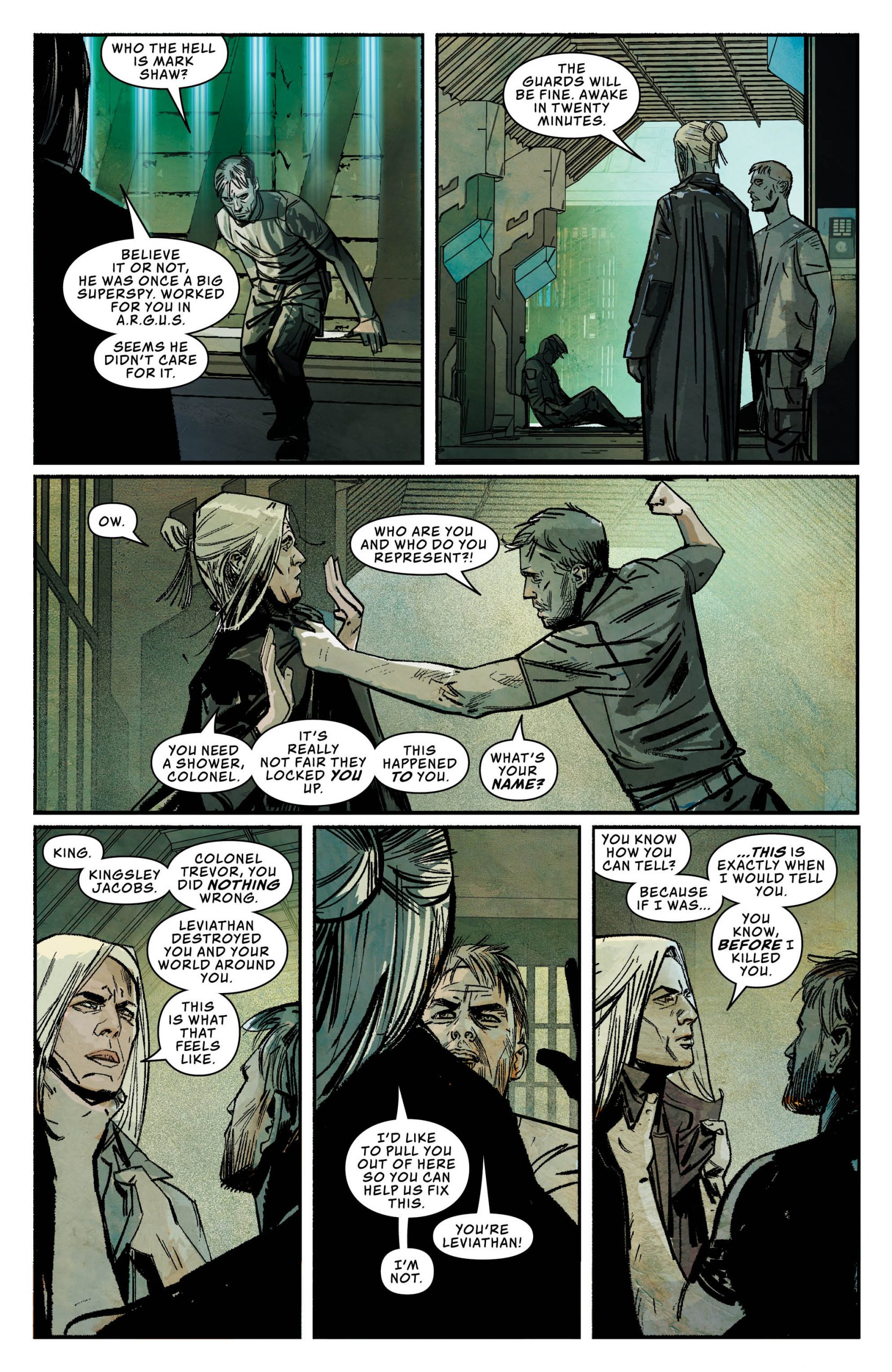 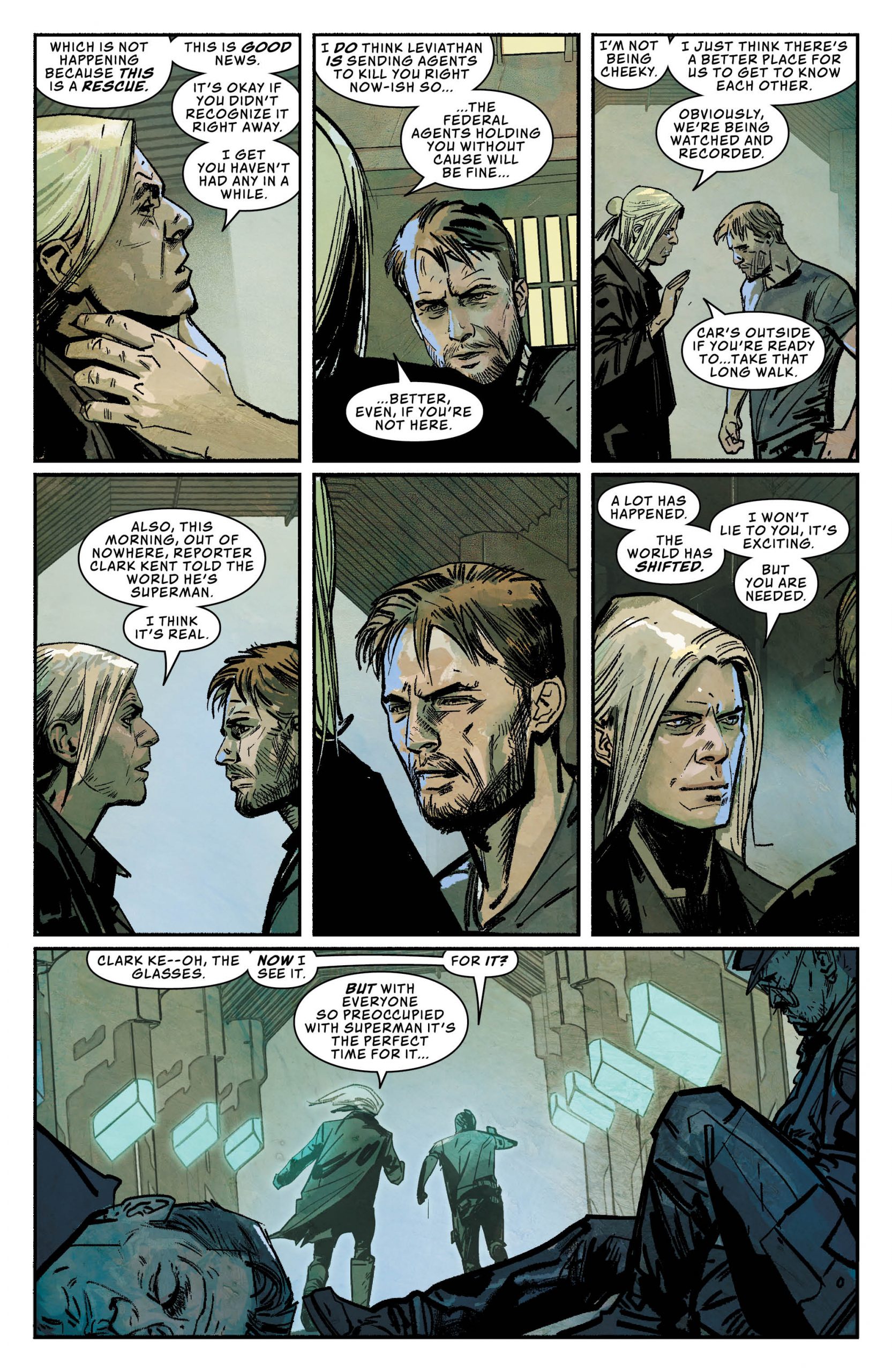 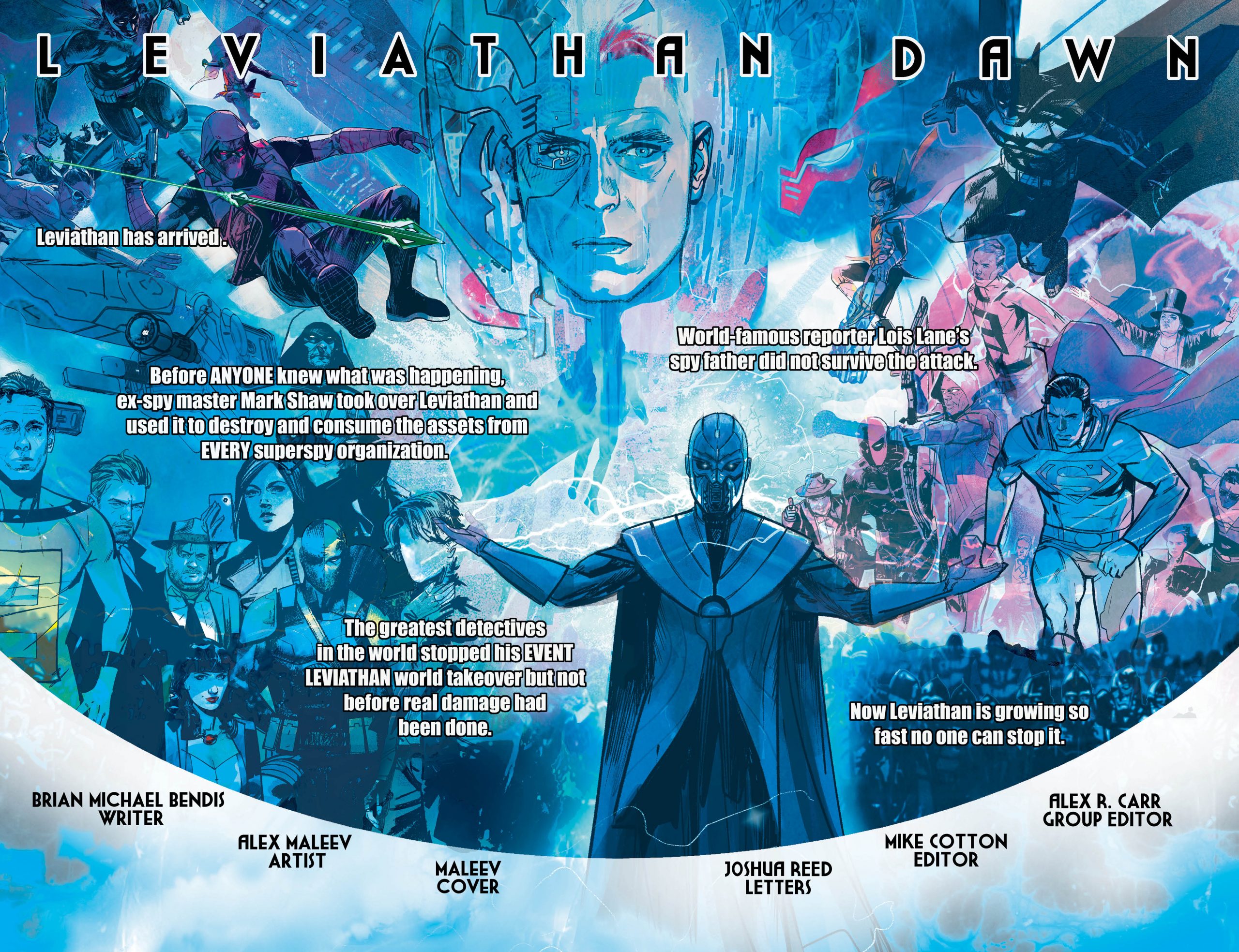 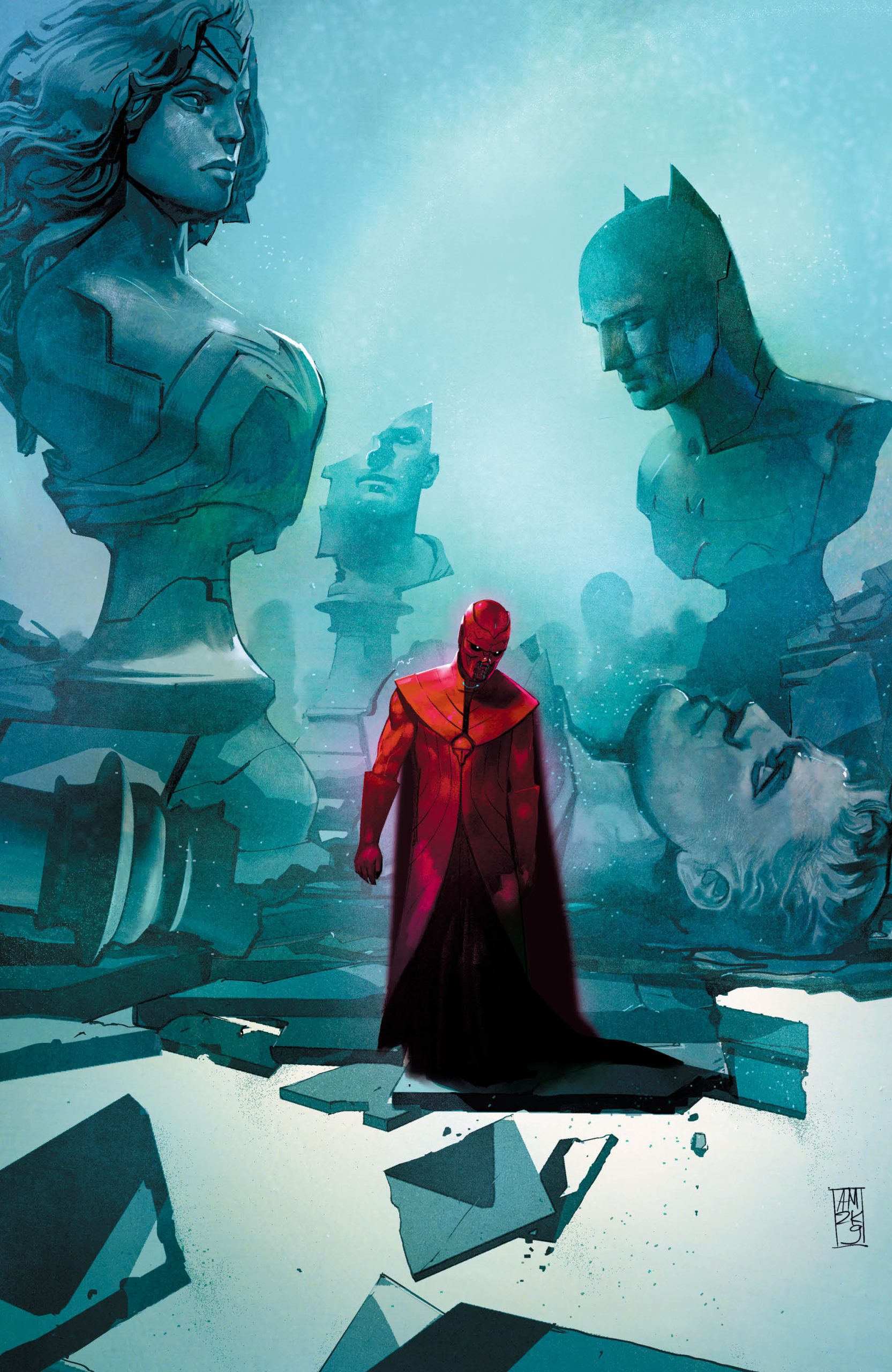 Maleev Still Knows How to Draw

One of the best aspects of Event Leviathan was Maleev’s work on the book. His pencils, inks, and colors were spectacular. Alex Maleev is by far one of the most talented artists currently working at DC. Luckily, he still knows how to draw a comic book because Leviathan Dawn #1 is absolutely stunning. Unfortunately though, Maleev’s talents are under served by Bendis’ wandering behemoth of a script. Some of the best moments in Event Leviathan were Maleev’s exquisite action sequences. Leviathan Dawn #1 has no action sequences. Nevertheless, Maleev manages to make lemonade out of a lemon of a script, as Leviathan Dawn #1 is undeniably beautiful.

Leviathan Dawn #1 is a rough read. It’s slow, somewhat clunky, and at times even boring. While I’m sure that Event Leviathan: Checkmate will be an improvement, I can’t say I enjoyed reading this transition piece. Luckily, I got to stare at pretty Alex Maleev pictures for about twenty minutes. That’s got to be worth something, right? Right!?

Final Verdict: Bring a pillow – this one’s a snooze fest.