Next week’s Justice League Dark #20 will see a changing of the guard. Not only will Ram V be making his debut as full time writer on the book, we will also be getting a blast from the past in the form of Buddy Baker, Animal Man!

Are you properly caffeinated? Ram V. joins the Justice League Dark creative team, and he’s bringing Animal Man with him! Grab a cup of coffee and take a look at the opening few pages from Justice League Dark #20, scripted by James Tynion IV and Ram V. featuring art by Kyle Hotz, FCO Plascencia and Rob Leigh.

The new story arc “The Parliaments of Life” starts next Wednesday and will run through to Justice League Dark #23! 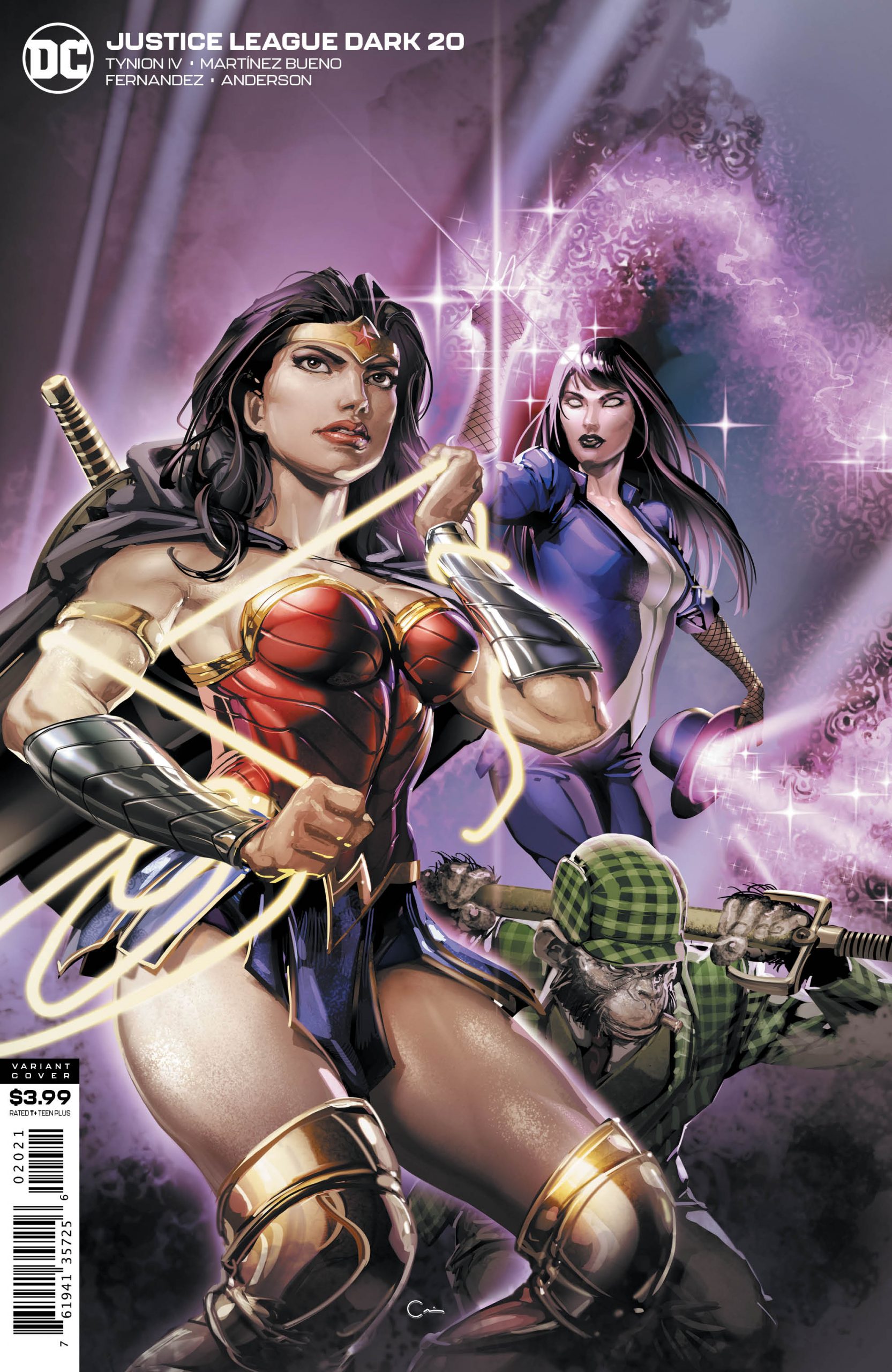 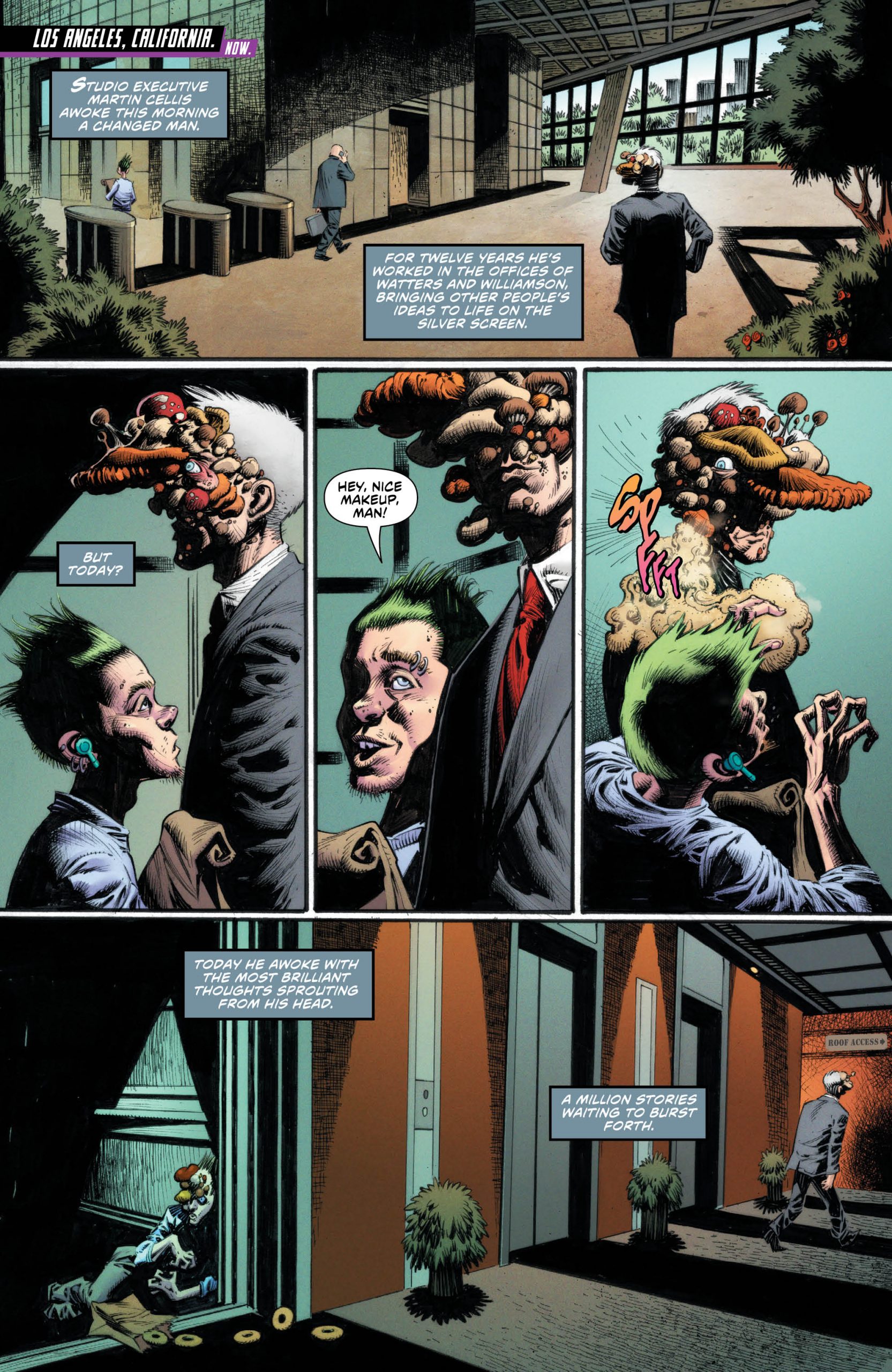 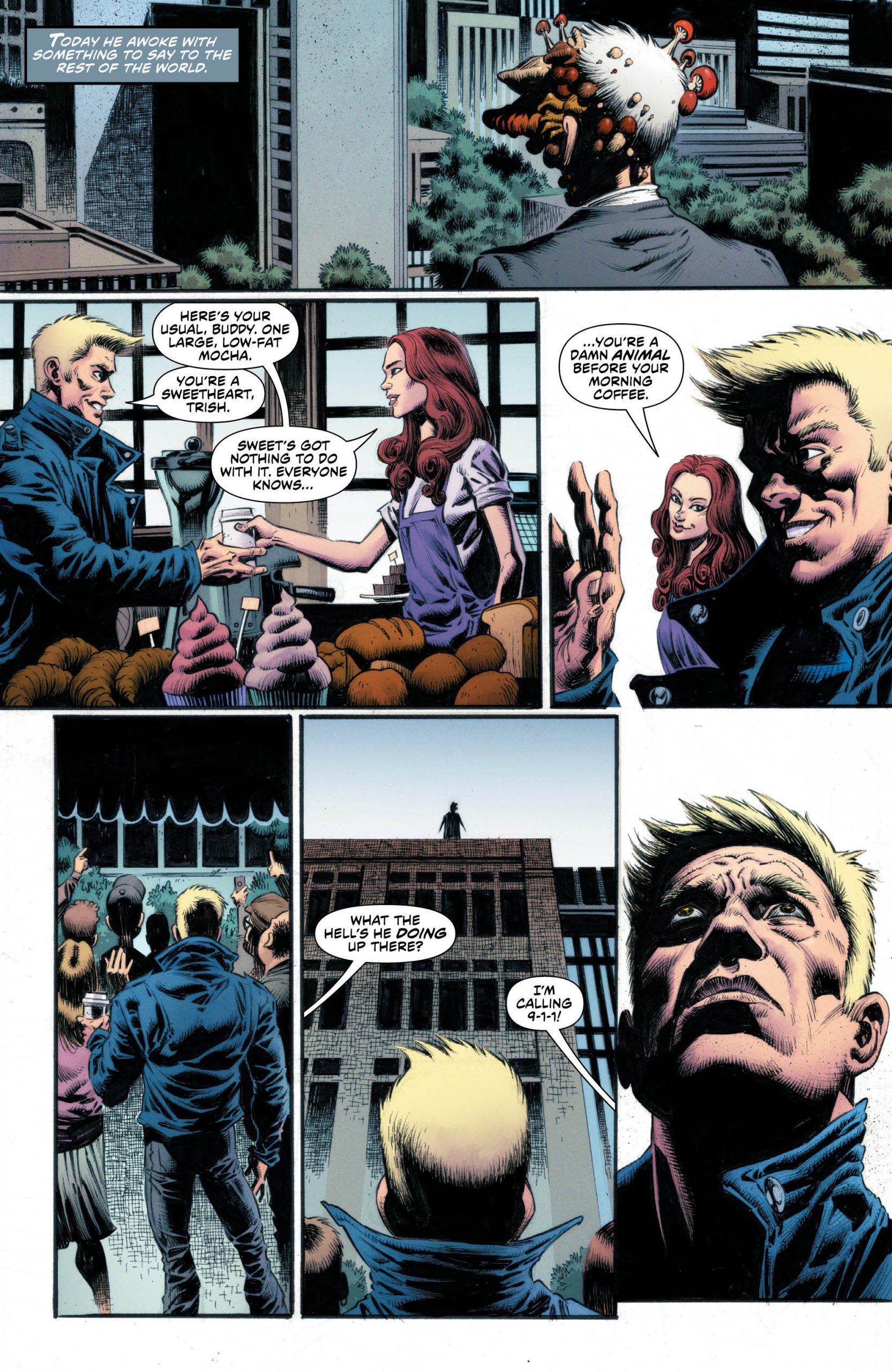 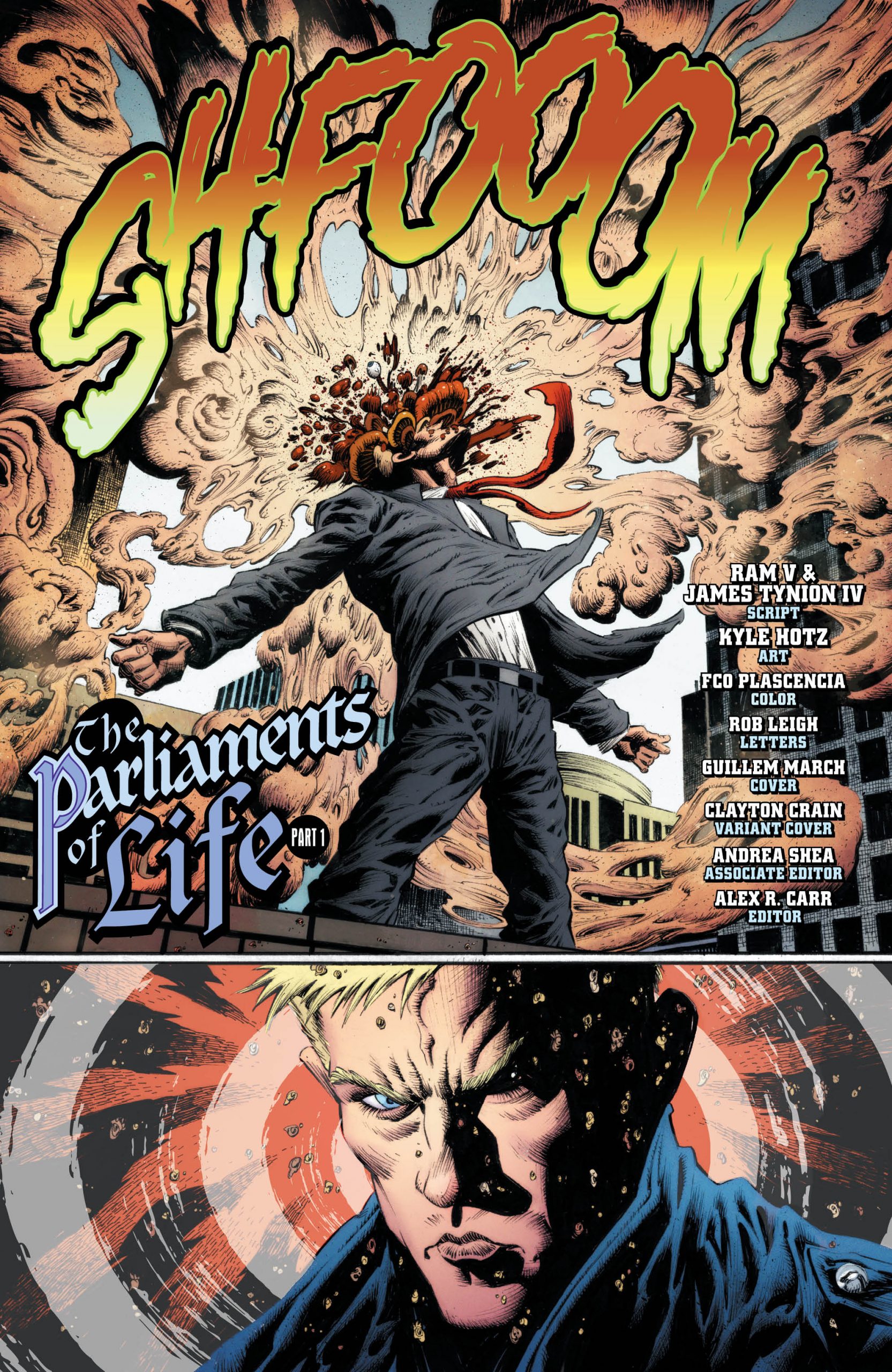 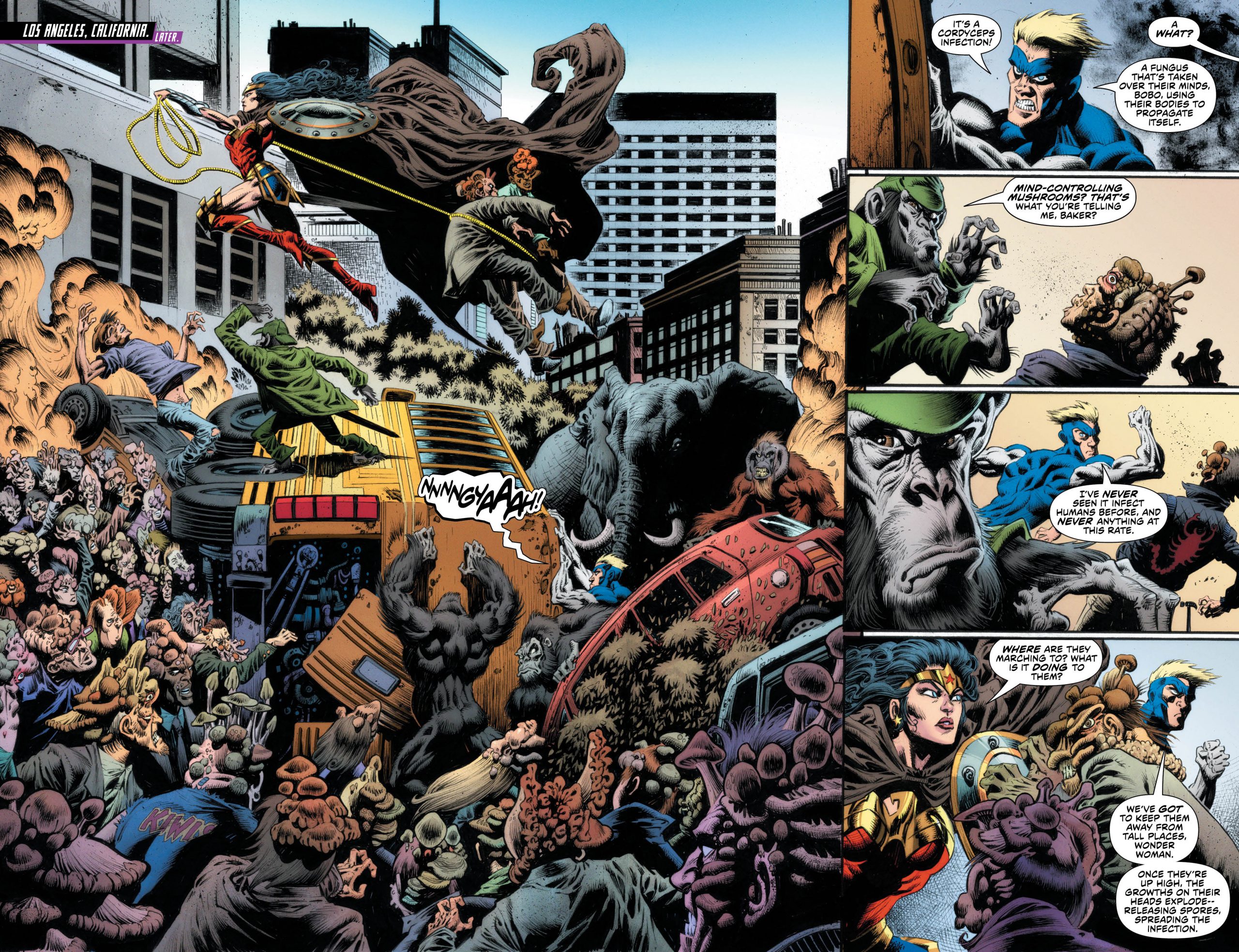 “The Parliaments of Life”

The Floronic Man’s unintended rise to power has thrown The Parliaments of Life into chaos. Even though the villain lies deep in the cells of the Hall of Justice, life itself is being warped by his reach!

With Swamp Thing gone, the Justice League Dark must join forces with some of nature’s most powerful avatars, like Animal Man, to help set things right. But the magical team’s troubles are just beginning, as an old evil from a familiar swamp casts its shadow over them all, waiting for the perfect time to strike! 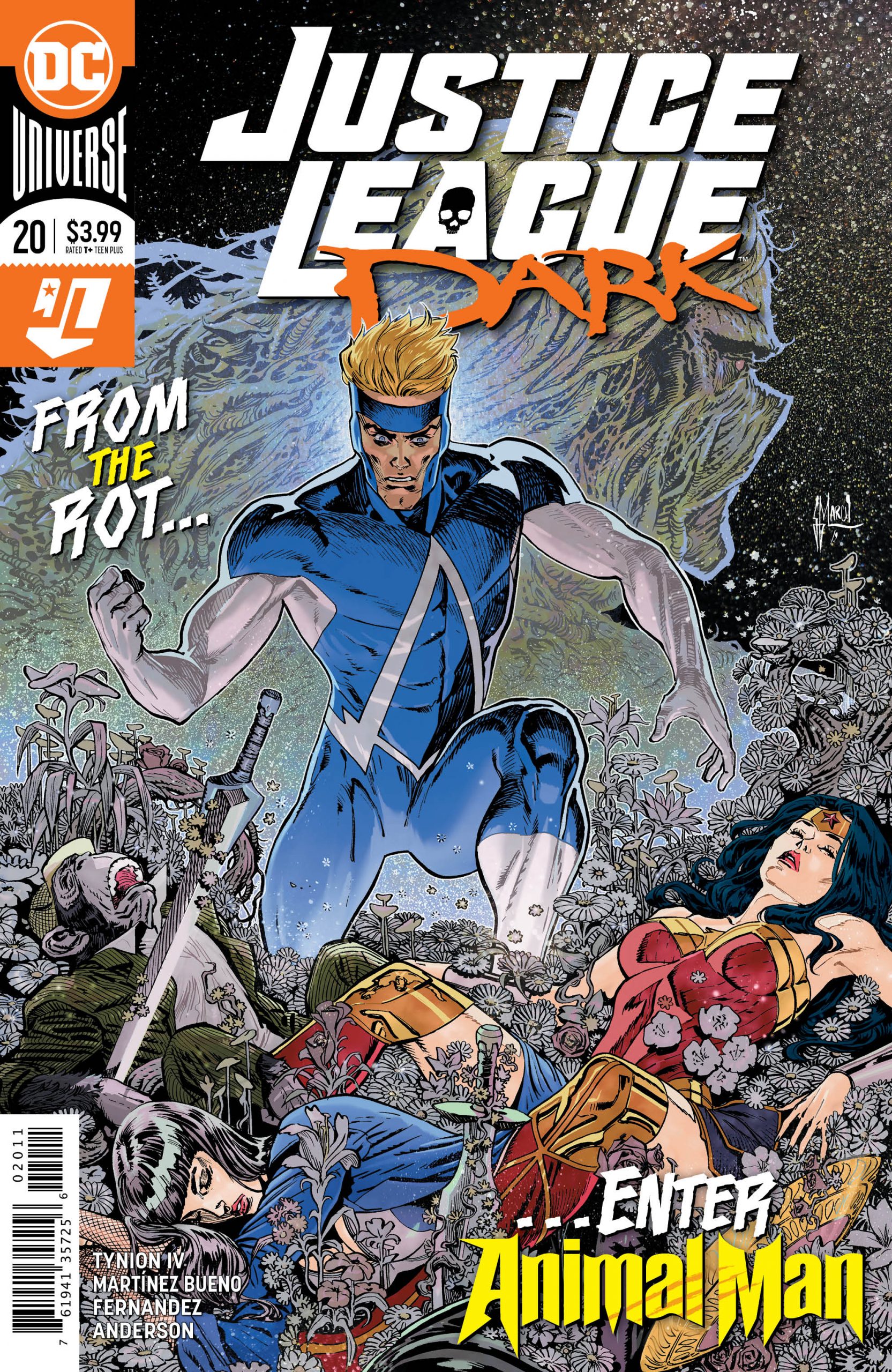 Please pick it up, as it’s a terrific issue. Also, be sure to read my review, which goes live on Dark Knight News on the same day that the book is released!