Death Metal is Coming – Crank The Volume To 11

Dark Nights: Metal was a bonkers ride through the DC Universe. This action packed mega event changed the multiverse forever, in ways previously considered unimaginable. Now, Scott Snyder and Greg Capullo are bringing us the sequel: Plug in your mics and axes, folks, Death Metal is coming… and it’s gonna be LOUD!

Over the last few weeks, since the end of Scott Snyder and James Tynion IV’s run on Justice League, both Snyder and DC Comics have been teasing this sequel, and I, for one, am incredibly excited.

The original Dark Nights: Metal delivered so much. The Source Wall, something that had remained inviolate and indestructible since the 1960s, was torn asunder. We discovered a whole new layer to the multiverse; one so dark that even the evil of the Crime Syndicate seemed like a team of cranky teenagers in comparison. We met the Read Death, The Merciless, The Drowned, The Murder Machine, The Dawn Breaker, The Grim Knight, and of course, The Batman Who Laughs (TBWL).

These evil incarnations of our favorite hero were terrifying, ruthless and they almost re-wrote the universe in their own image.

Even after Metal ended TBWL continued his reign of terror throughout the main DCU. He corrupted Jim Gordon, Shazam!, Donna Troy, The Blue Beetle, Supergirl and Hawkman. This new “Secret Six” AKA “The Infected” caused havoc in Batman/Superman, and are still keeping the Justice League and DC’s heroes busy, both in their own books and in the pages of Year Of The Villain: Hell Arisen.

Check out these rock ‘n’ roll versions of the Trinity, for a hint at what’s coming next: 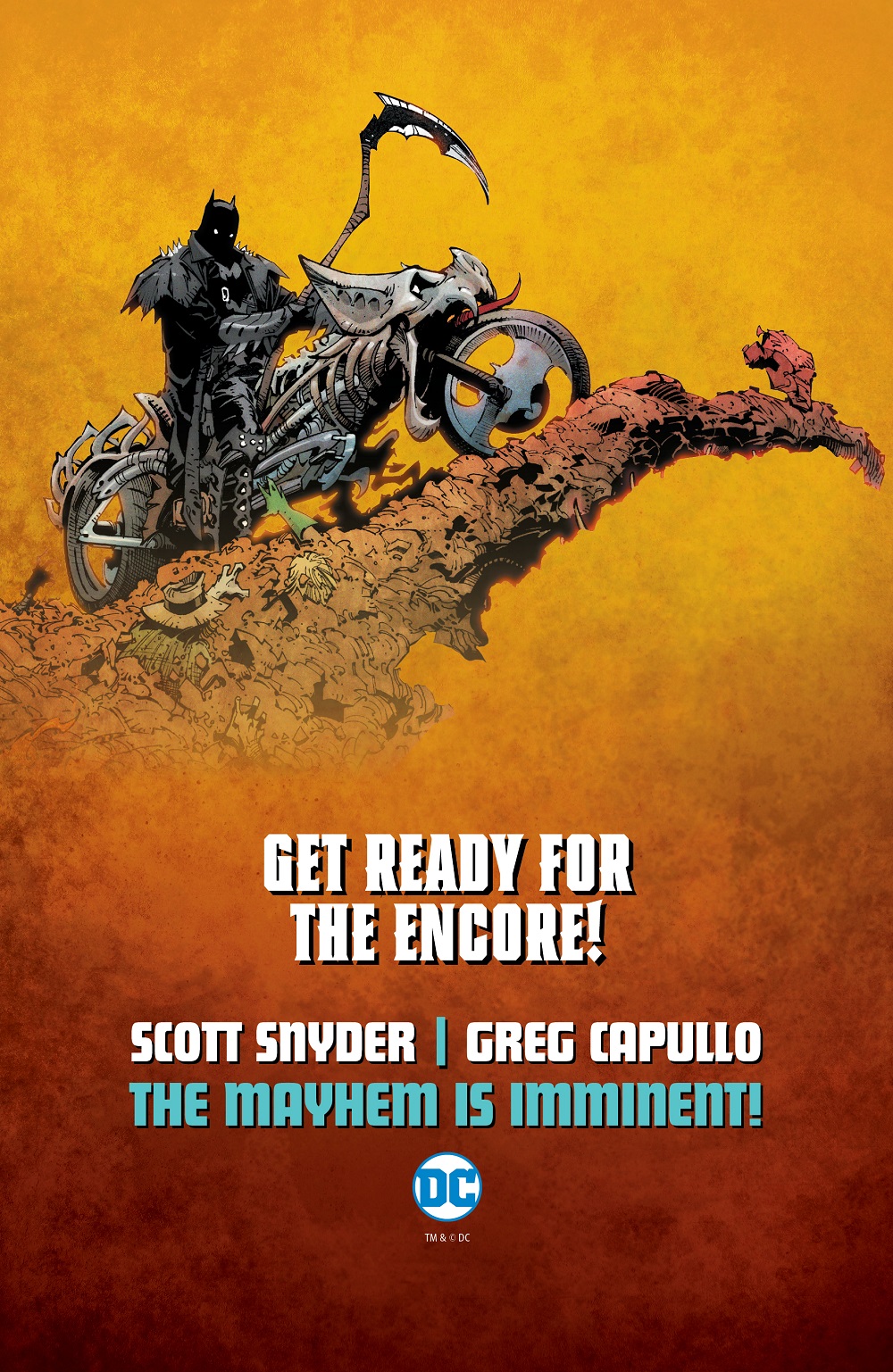 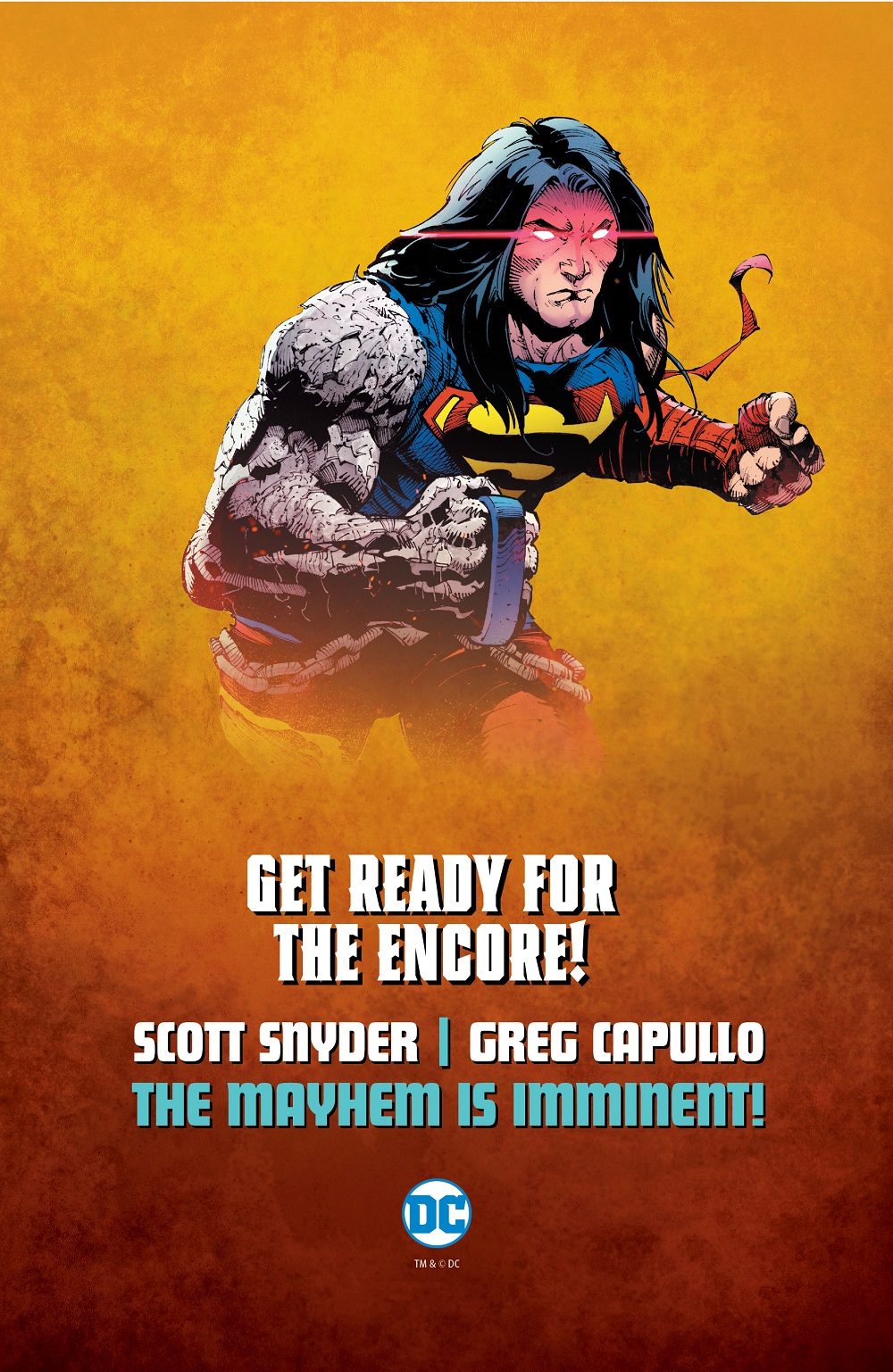 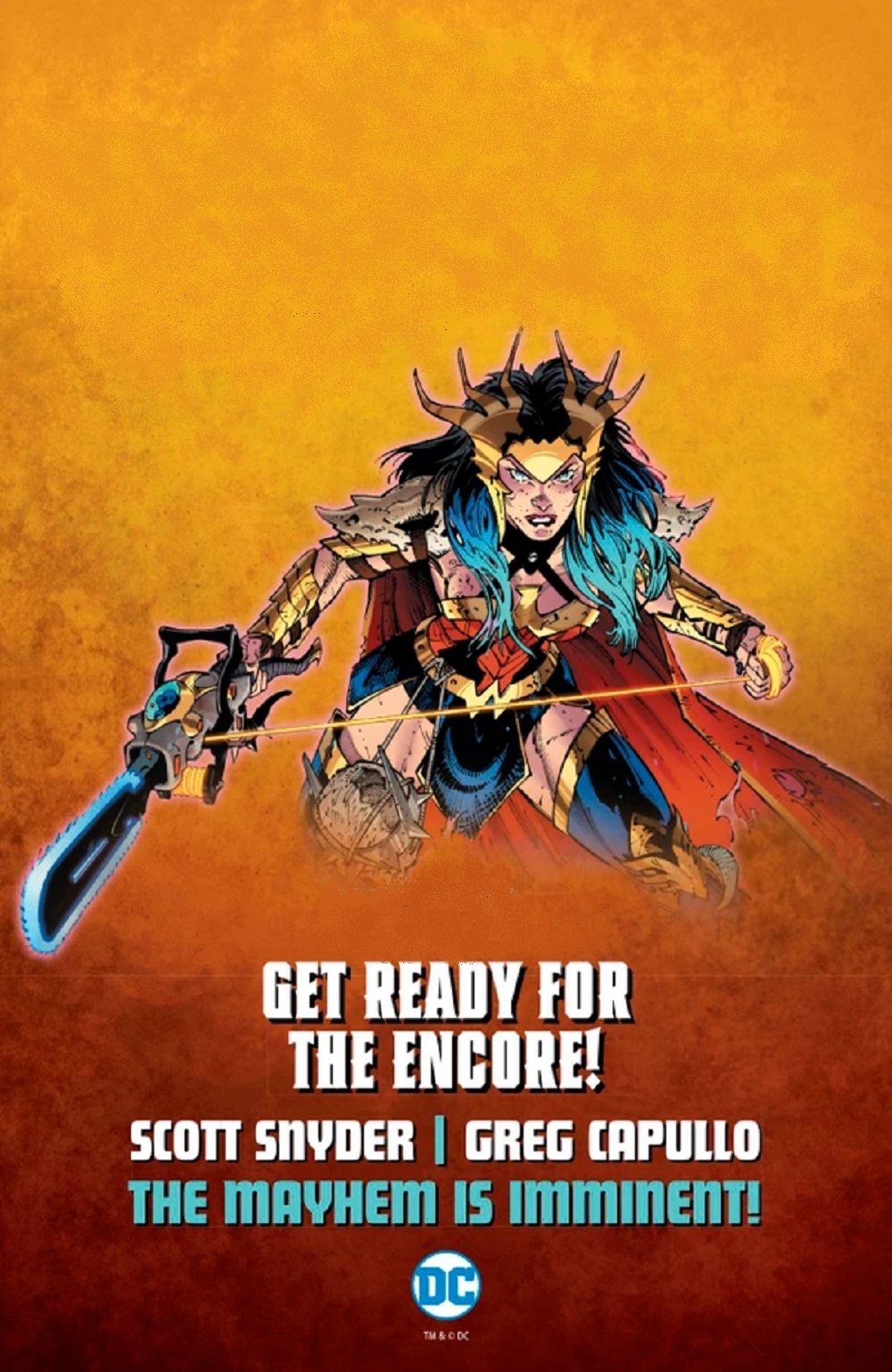 At first I thought that Greg Capullo’s designs were just cool Metal versions of our favorite heroes.After the Batman Image appeared though, I’m not so sure. Look at him, on his Hell’s Angel Bat-Headed motorbike, and carrying a scythe. Is he Death, one of the Four Horsemen Of The Apocalypse? Look at Superman’s arm; stony and diseased… is this Pestilence? What about Wonder Woman? With her magic lasso powered chainsaw, could she be War?

If that’s the case, can an all-new Famine be far behind? Or is my fan-boy mind just leaping to crazy conclusions? The only way to find out is by picking up Death Metal when it hits the shops.

I sure will be, will you?