“My Own Worst Enemy!” 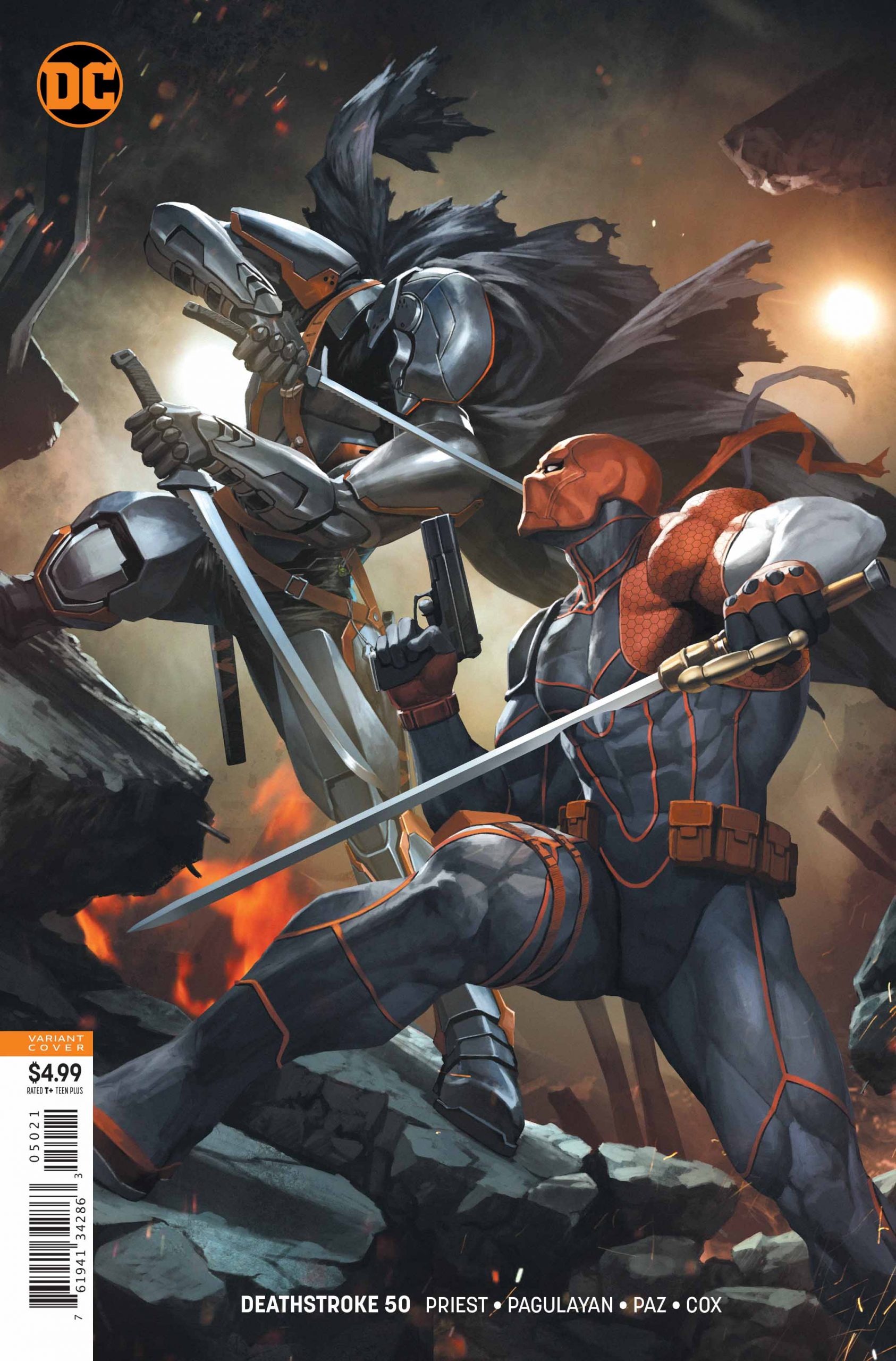 Deathstroke #50, the final issue of the series, is here and it’s the final swansong for Slade Wilson AKA Deathstroke… or is it? First things first, to remove any doubts over the ending of this series, this is the end of Priest’s run on Deathstroke which started all the way back in 2016 with Rebirth issue #1. This is not the end of the character and certainly not the last we will see of the Terminator.

As a lifelong Slade Wilson fan, and someone who’s been reading this series since its inception, I can honestly say that Deathstroke #50 gave us a perfect ending. As always without any spoilers “My Own Worst Enemy!” Manages to bring this chapter to a satisfying conclusion by closing out the ongoing stories with Slade, Jericho and Rose. This triangle of love and struggle might not quite have given the entire audience the happy ending they wanted, but I think that most people will be happy with how things end up, following the ups and downs we’ve endured.

First and foremost credit has to be given to the sole writer for this 50 issue run, the one and only Mr Christopher Priest, legally known simply as Priest. Rarely do you see the same name write this many issues in the same series, and praise must be given to the publishers and editors for allowing this incredible writer to tell his story in its entirety. Priest is one of the modern day legends, having written many of the major characters at both DC and Marvel. I Don’t know what’s next for Priest, but I’ll be sure to check it out. 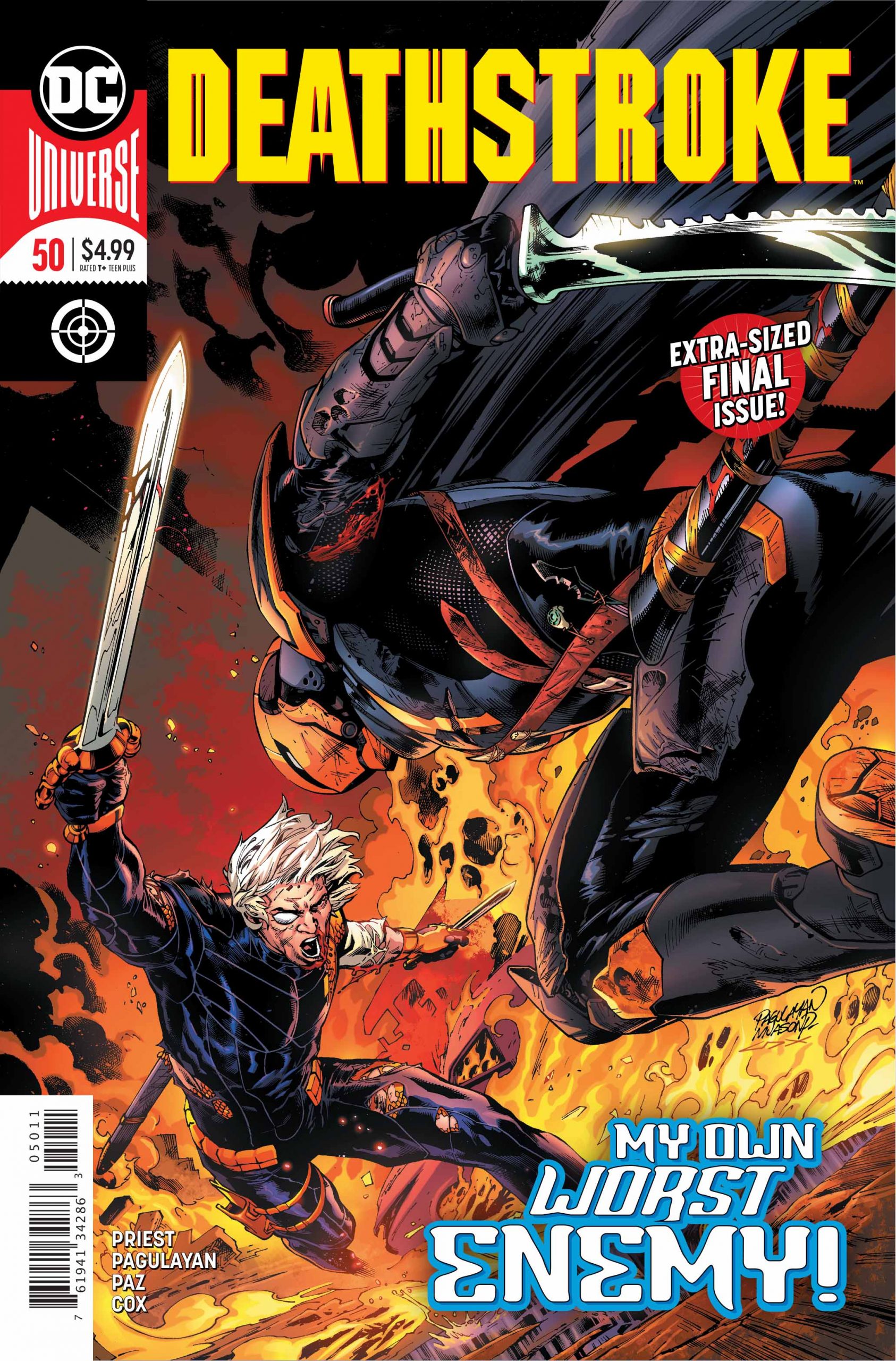 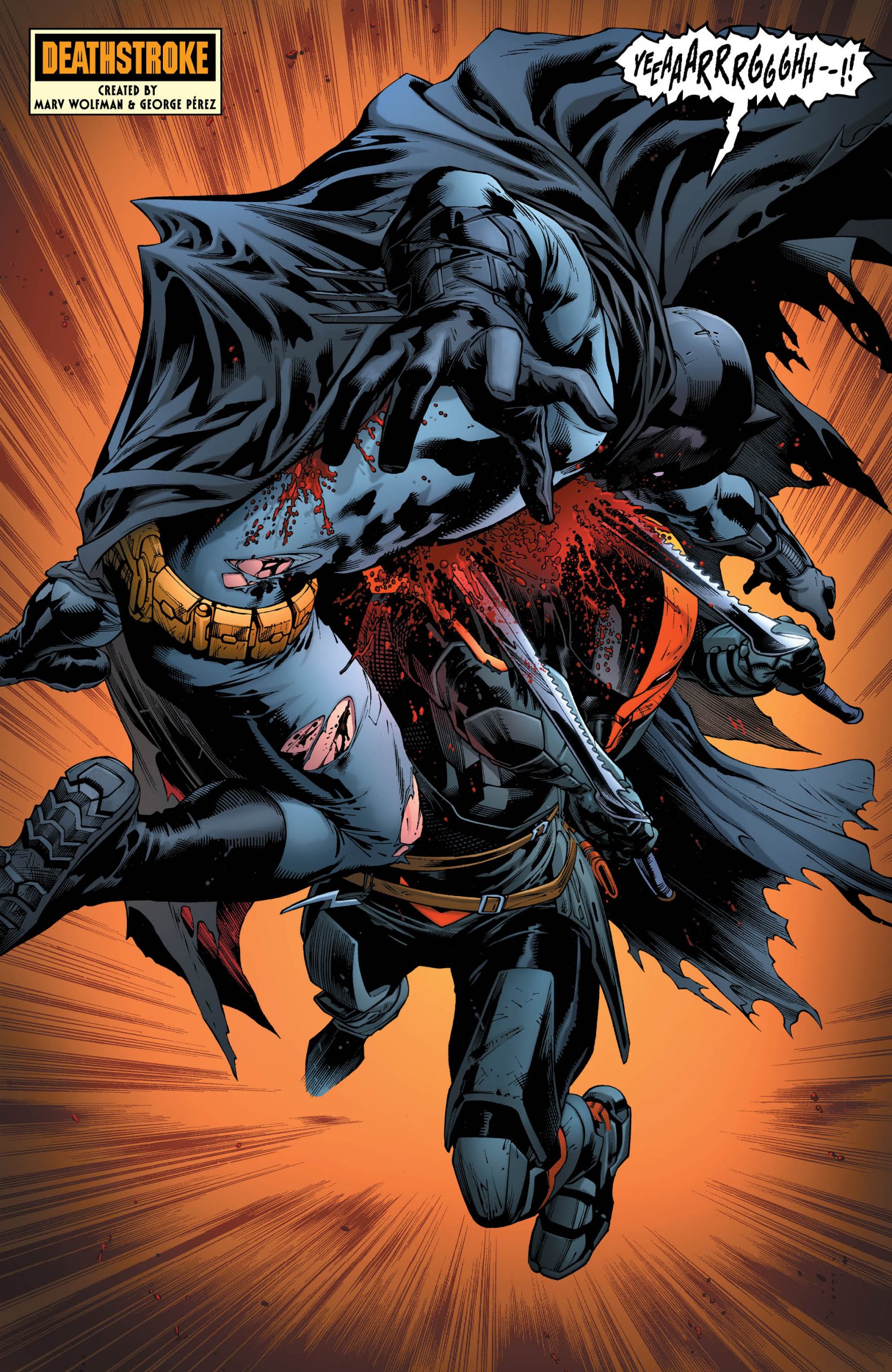 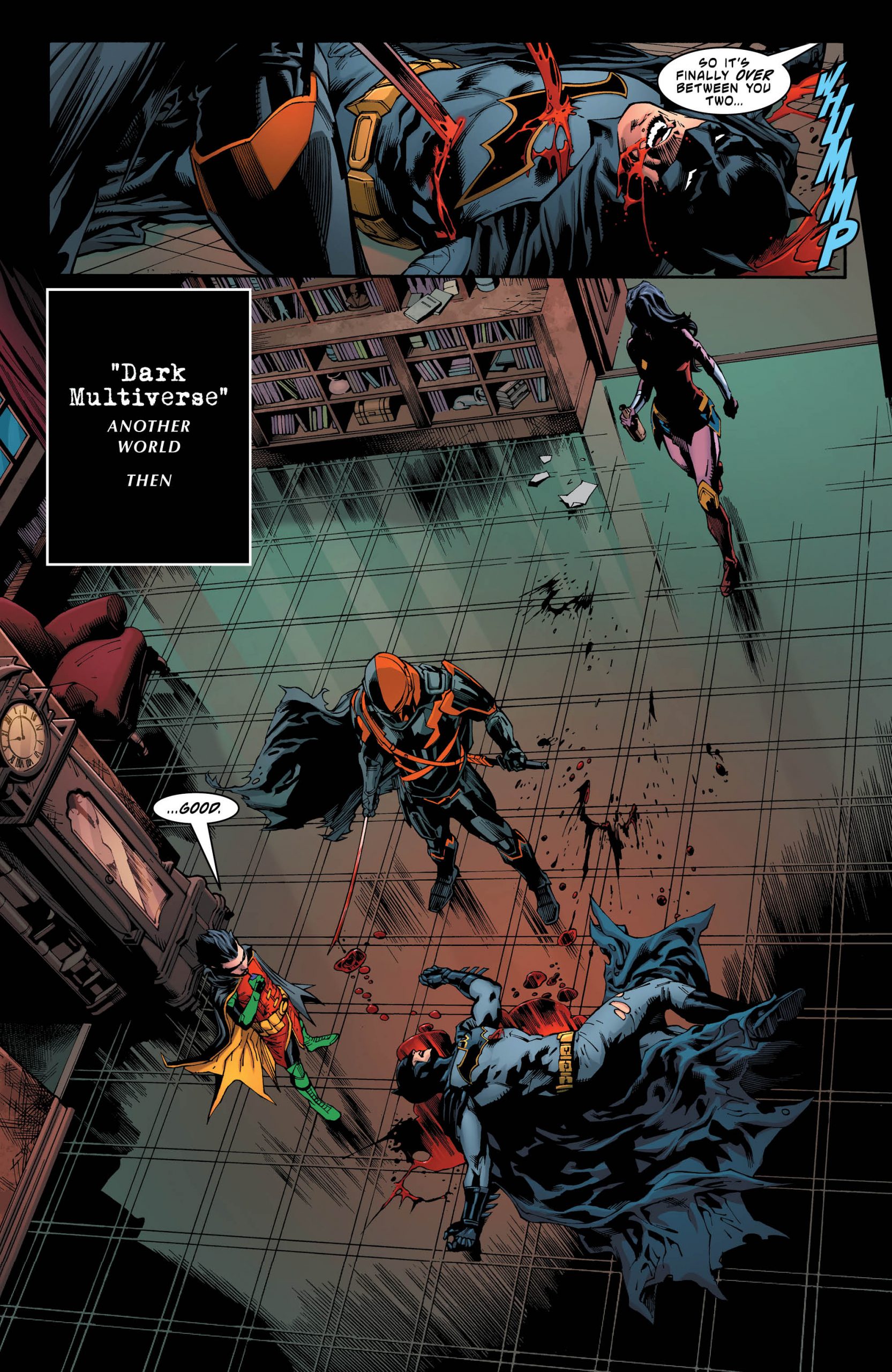 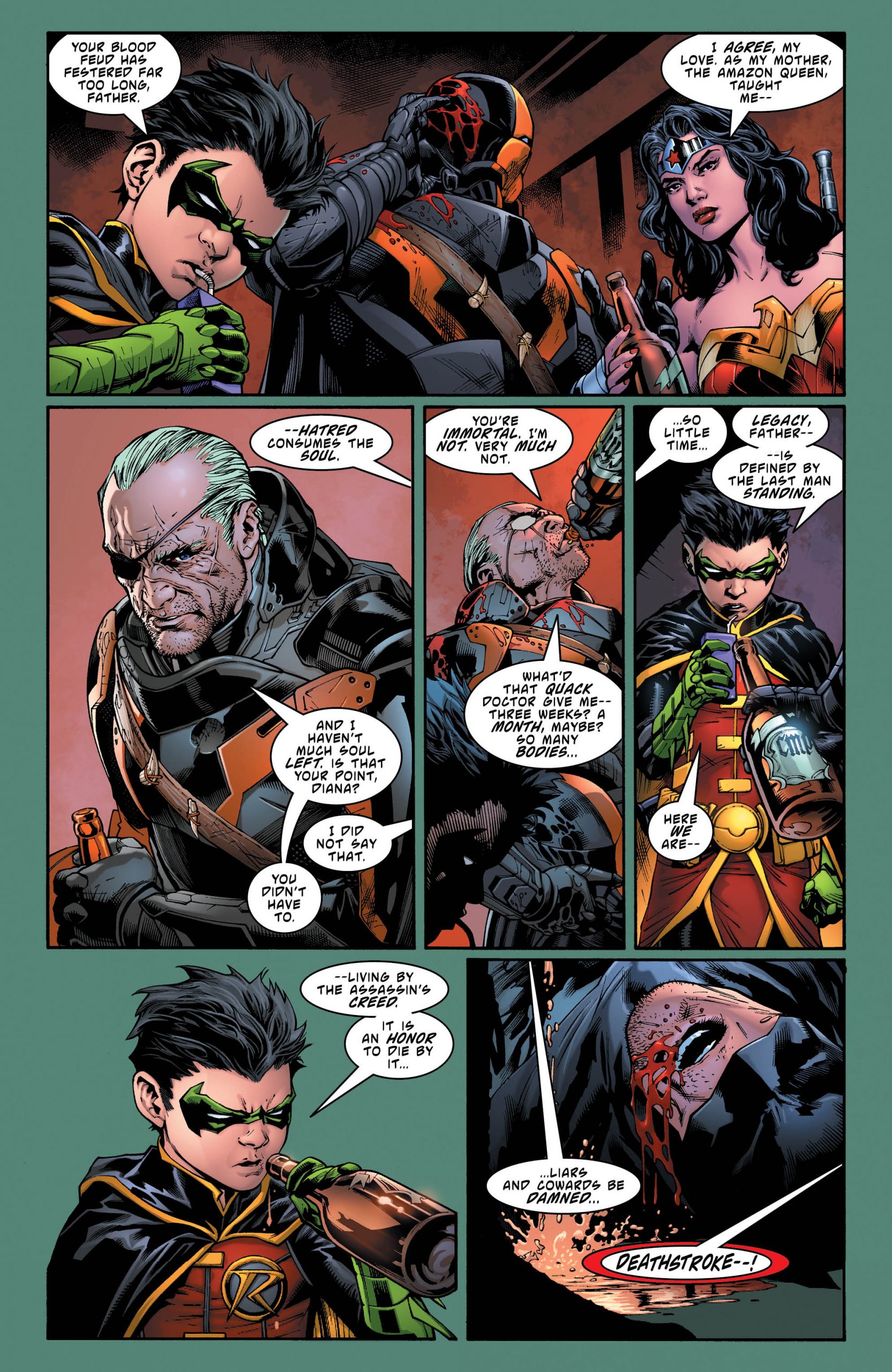 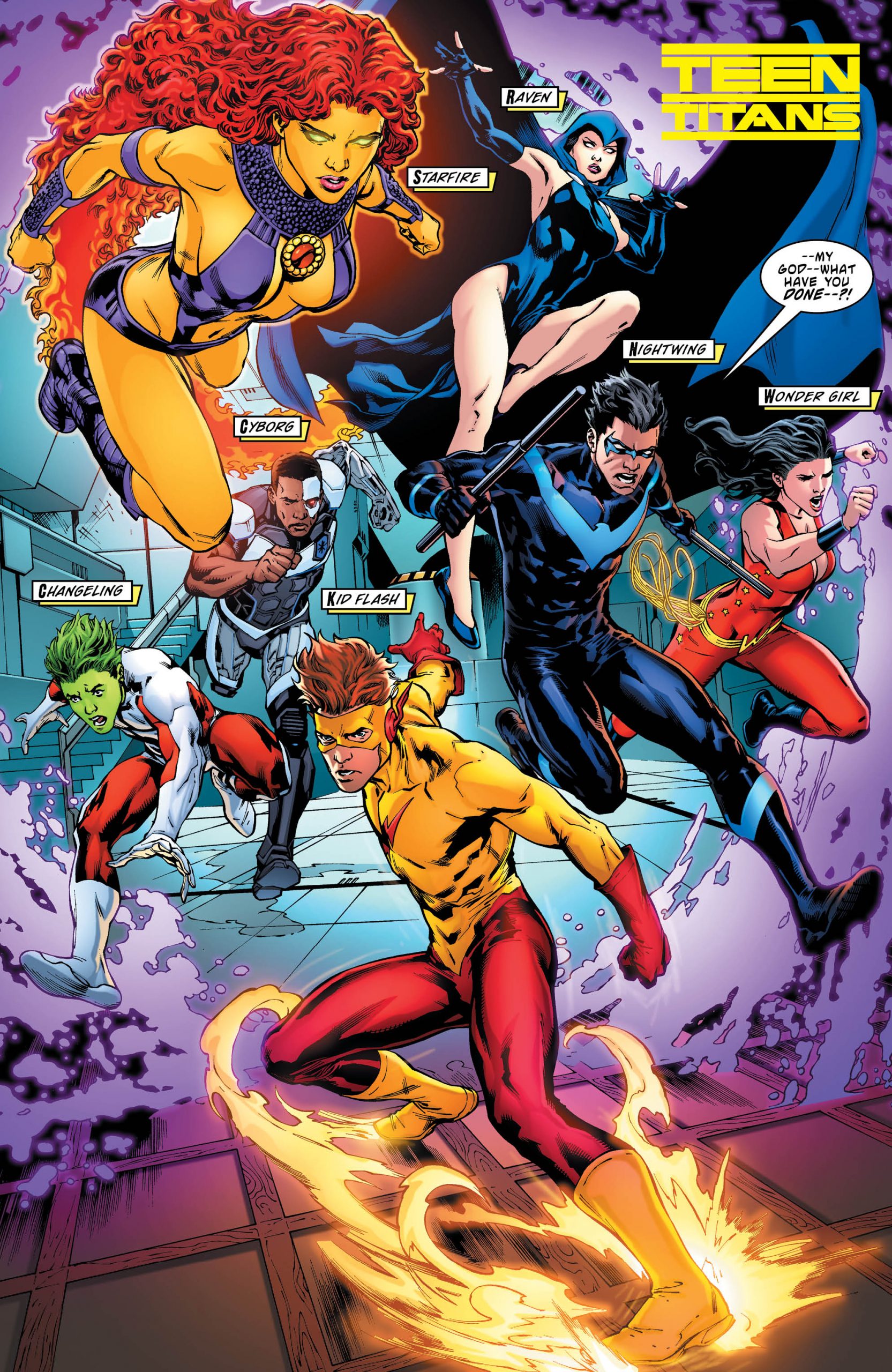 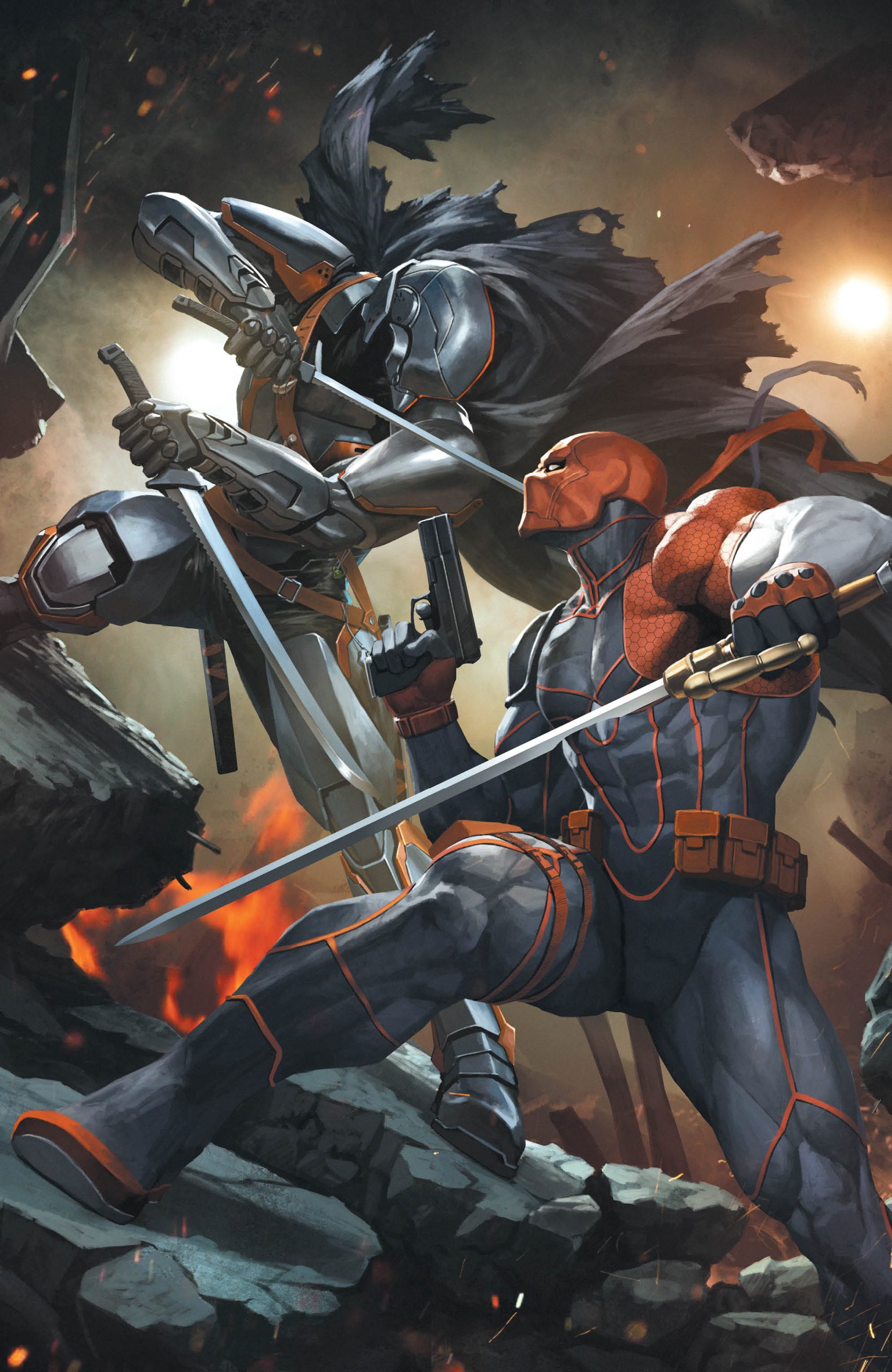 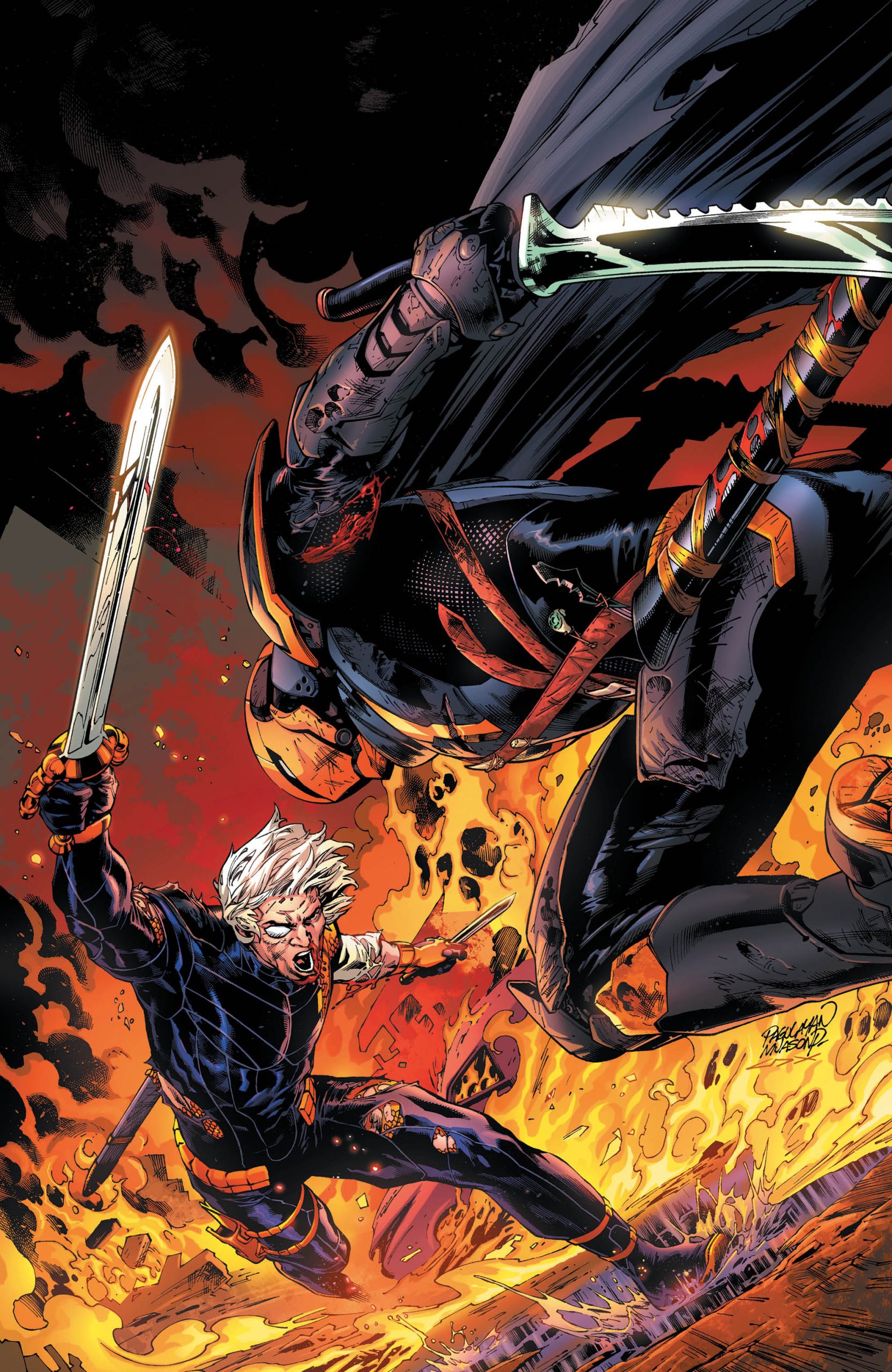 The artistic side of things haven’t been as consistent as the writing, but there have been a few names that have contributed to large sections of this series. Without having the full stats to back this up I would suspect Jeromy Cox has colored more issues than anyone else. A name I have regularly seen throughout the 50 issues, providing vibrancy and depth to the stories.

Carlo Pagulayan and Jason Paz are the other two talents which have stood out for me. They’re artists who consistently deliver the best possible spreads, delivering great examples of why reading comics is still a past-time enjoyed by millions around the world.

There have been many great stories and crossovers throughout this series; “Deathstroke vs Batman“, “Arkham” and “Defiance” to name a few. For me the stand out crossover was “The Terminus Agenda” with the Teen Titans. I find that when characters like Batman or Superman enter the frame the focus shifts to them and away from the titular character. What I enjoyed about “The Terminus Agenda” was crossing over with the Teen Titans didn’t steal the limelight away from Deathstroke. The Titans were formidable opponents and contributed to an excellent, twisting story which played into the long history these characters have with each other.

As is the way with most stories these days, Deathstroke #50 leaves us with a fairly open ending, and I’m not sure if it will be anytime soon, but I look forward to the day this series returns. I believe that, when that day arrives, someone with a much darker tone should be given the opportunity to resurrect the Deathstroke series, to give us something different from the character. Two names that instantly spring to mind would be Cullen Bunn and Adam Glass, but that decision is with the (new) gods at DC Comics.

This series has been a pleasure to read and I’ve been honoured to have been given the opportunity to review the last six issues for Dark Knight News.