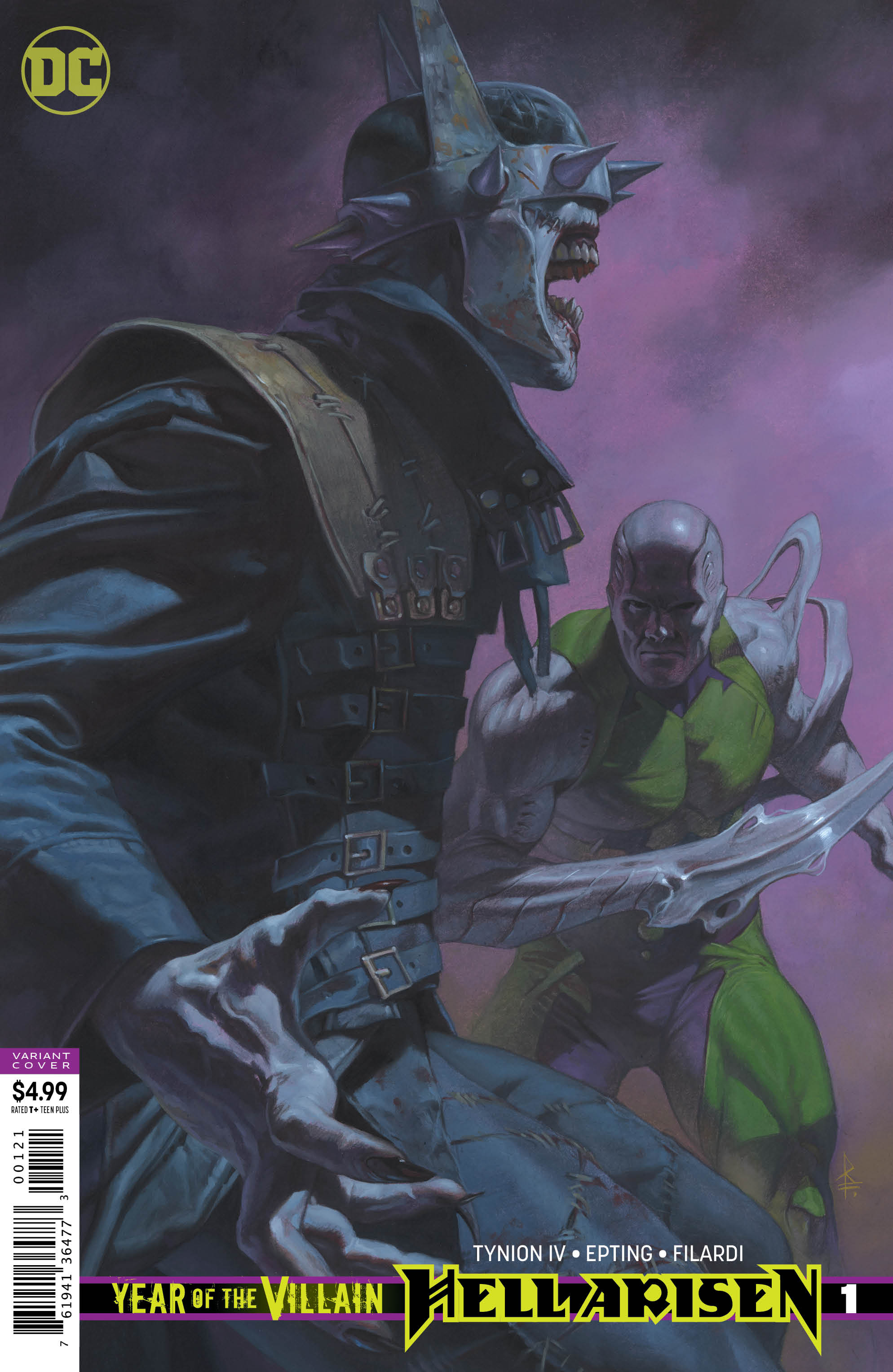 When the Justice League is away, evil comes out to play, in this week’s Year of the Villain: Hell Arisen #1, as The Batman Who Laughs (TBWL) squares off against Apex Predator Lex Luthor.

The Justice League is gone, having lost the Justice/Doom War to Perpetua. As a result hypertime is broken, and Perpetua reigns supreme, weeding out any opposition in the multiverse. Having declared herself ruler of the multiverse, Perpetua sends Luthor back to Earth-0 in order to confront the final remaining threat to her power: TBWL. What ensues is a game of cosmic chess between two of DC’s most powerful tacticians.

What’s billed as a mini-event, Year of the Villain: Hell Arisen #1 in many ways is the final Act of Scott Snyder and James Tynion’s grand story. Pulling from the events of both Metal and Justice League, this series is the convergence of two major storylines: Perpetua and TBWL. While Tynion wasn’t the lead writer for either storyline, he’s worked on both, proving himself to be one of DC’s best-kept secrets.

Here Tynion shines, as he once again shows just how competent a writer he really is. His story pulls not only from the aforementioned storylines but also from various key moments in DC’s history. He skilfully synthesizes the old and the new into an engaging issue that sets the stage for a cataclysmic showdown between these two powerhouse villains. 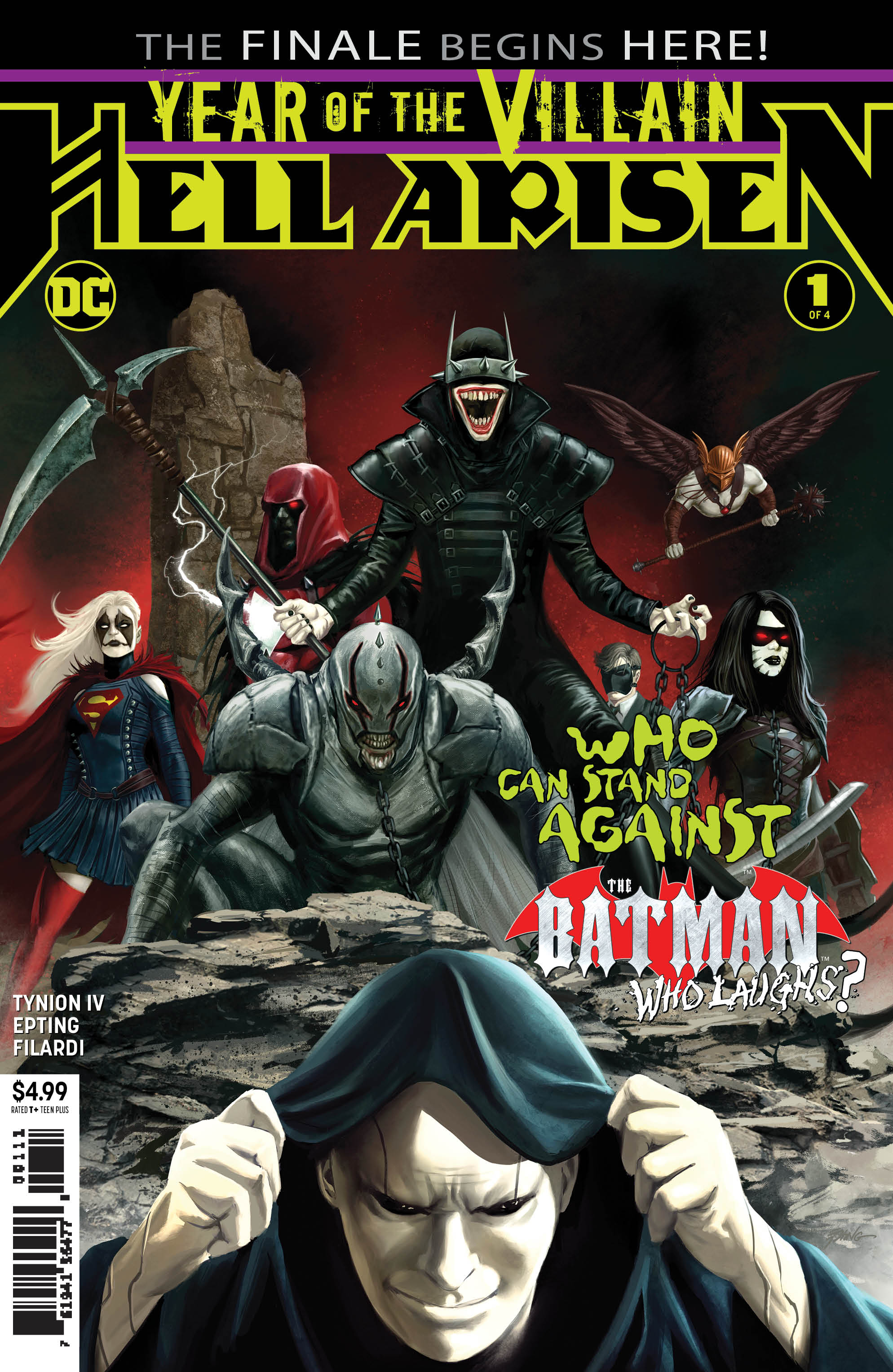 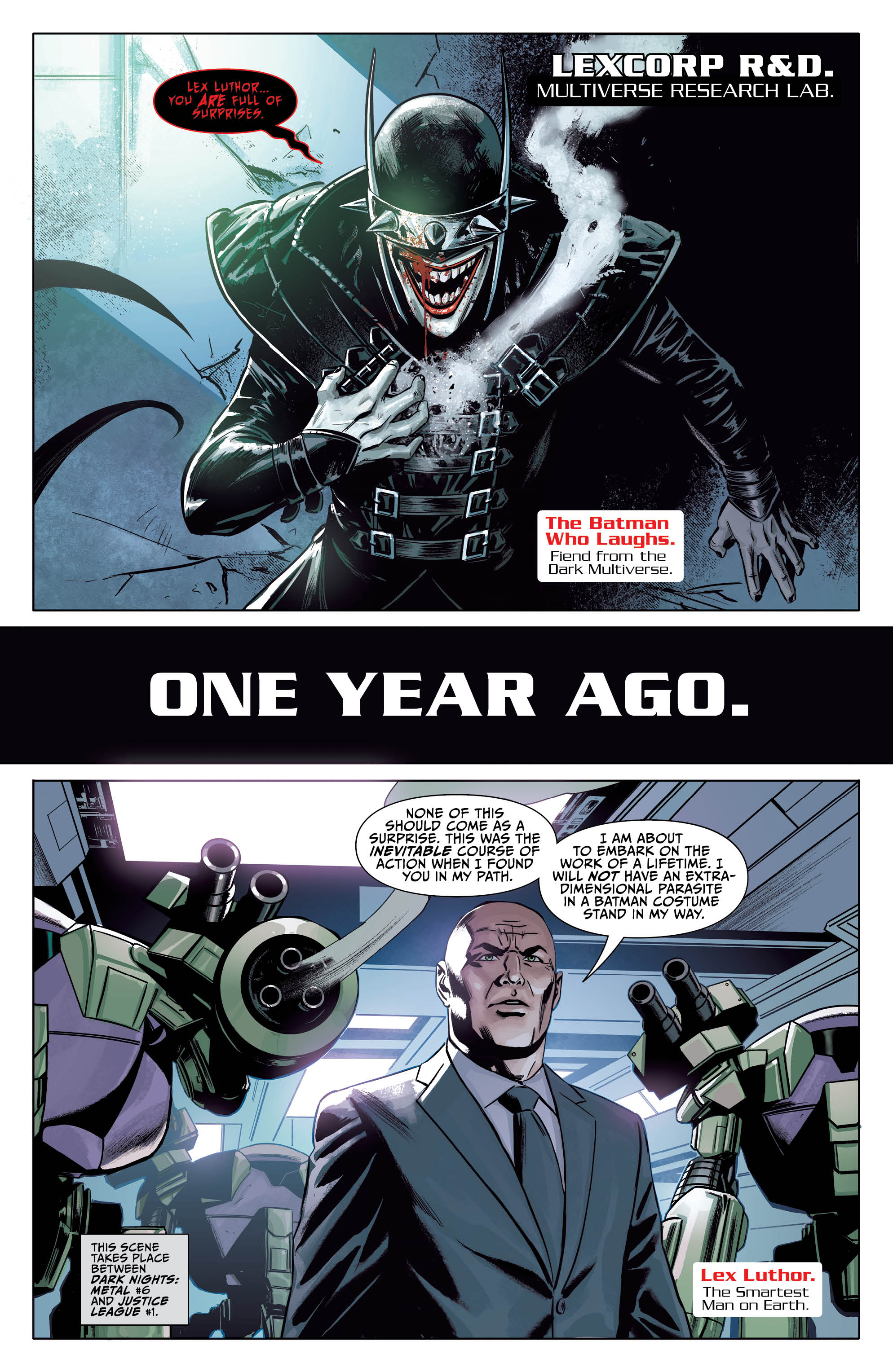 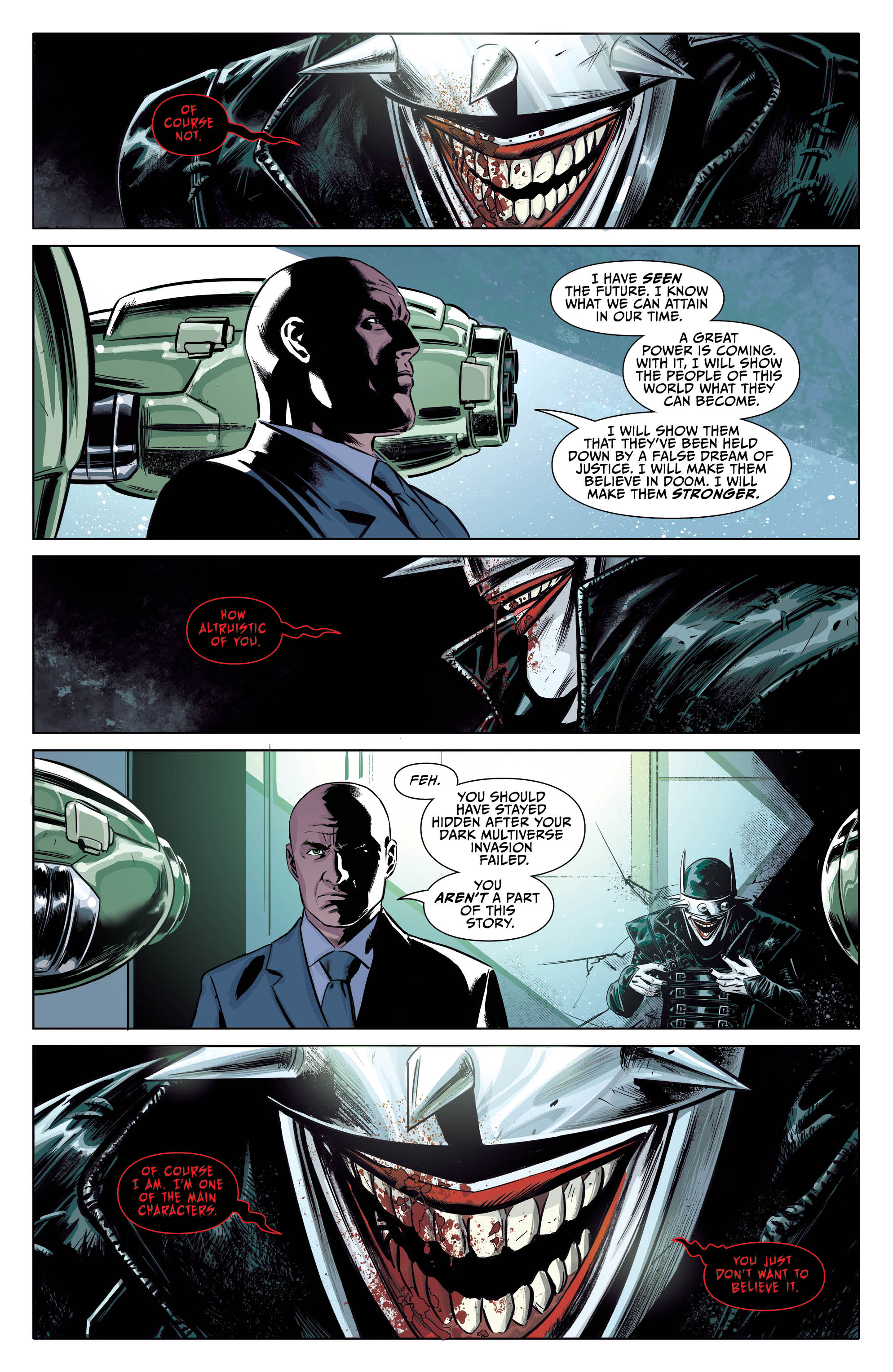 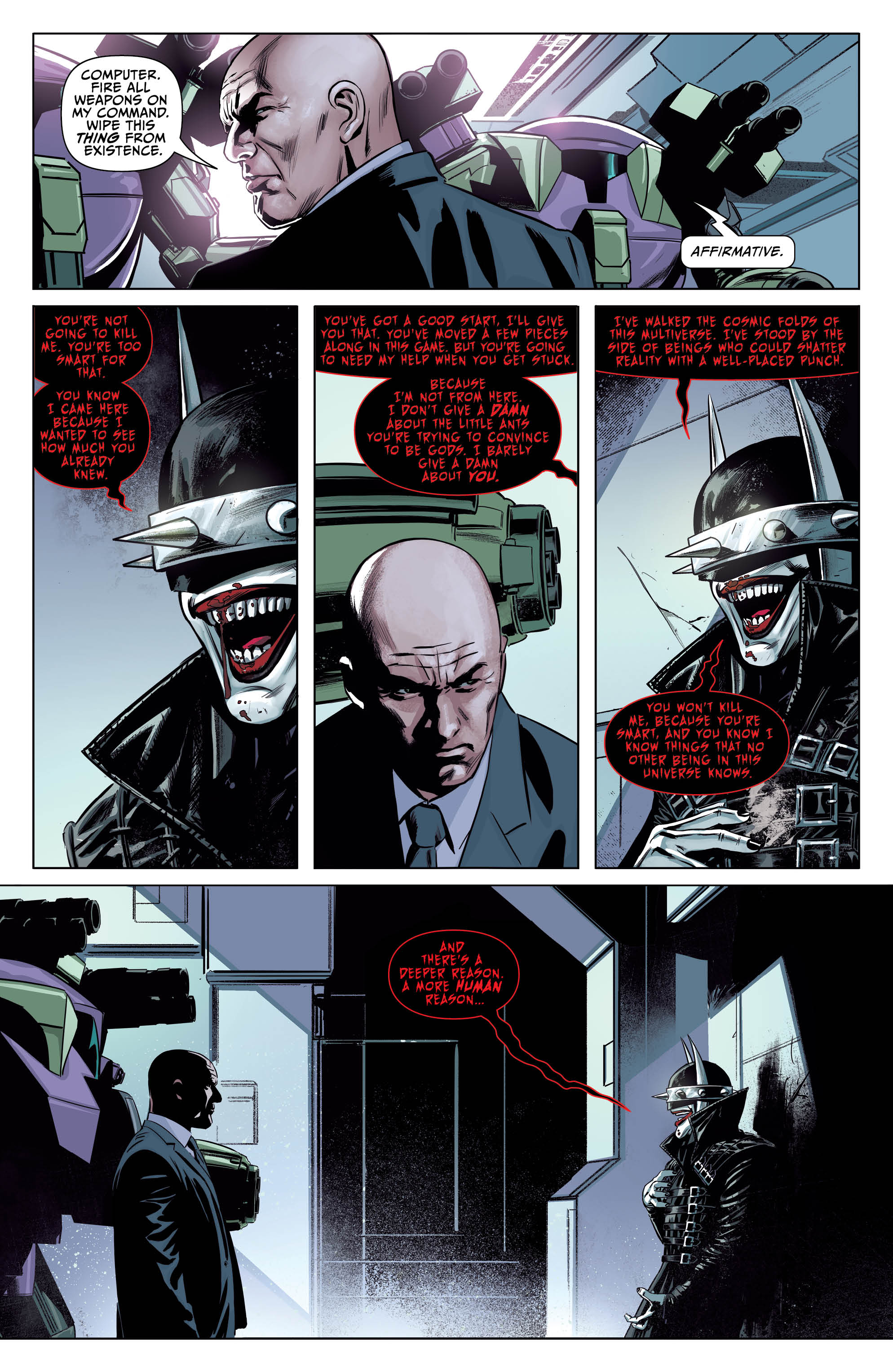 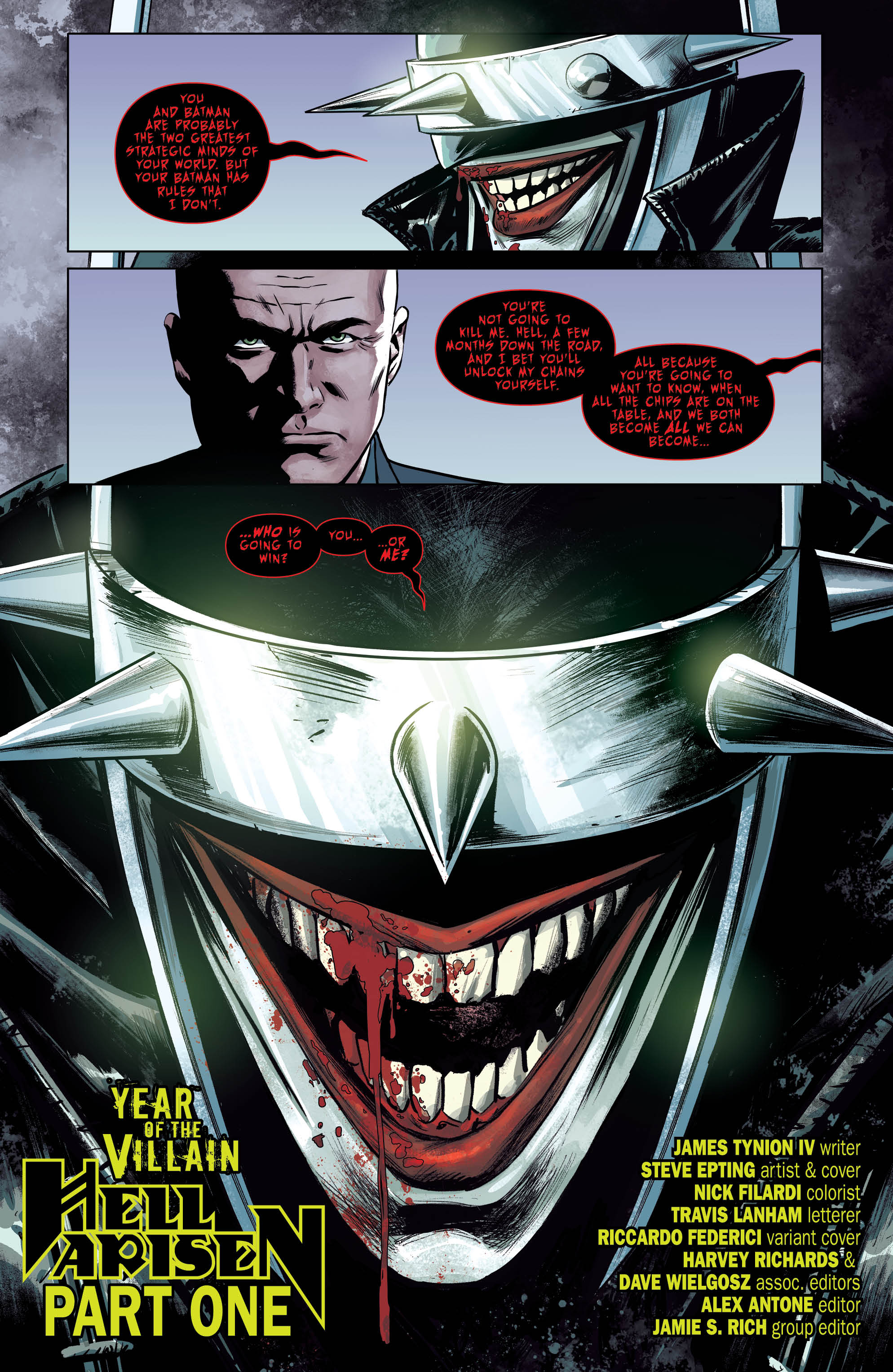 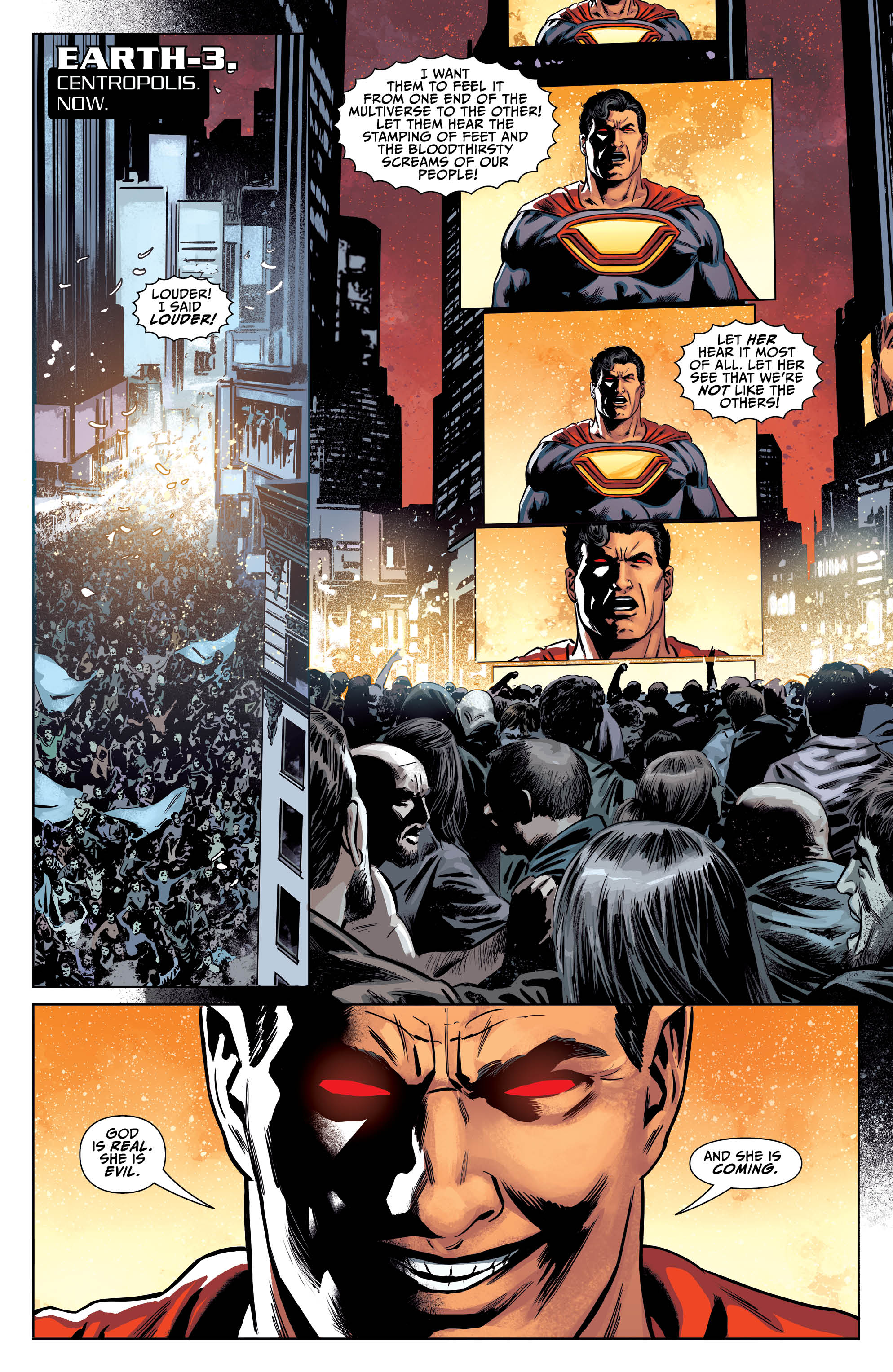 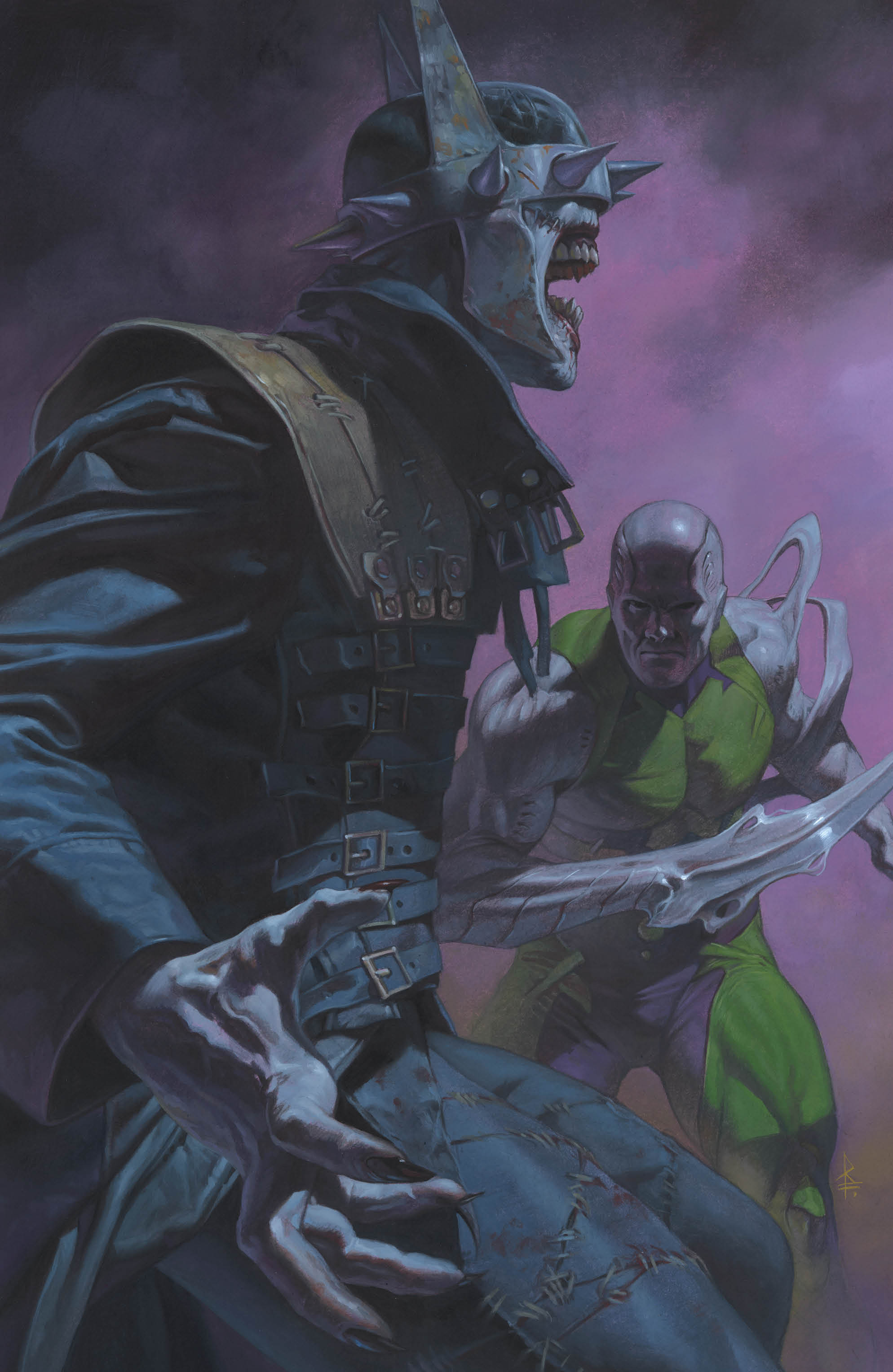 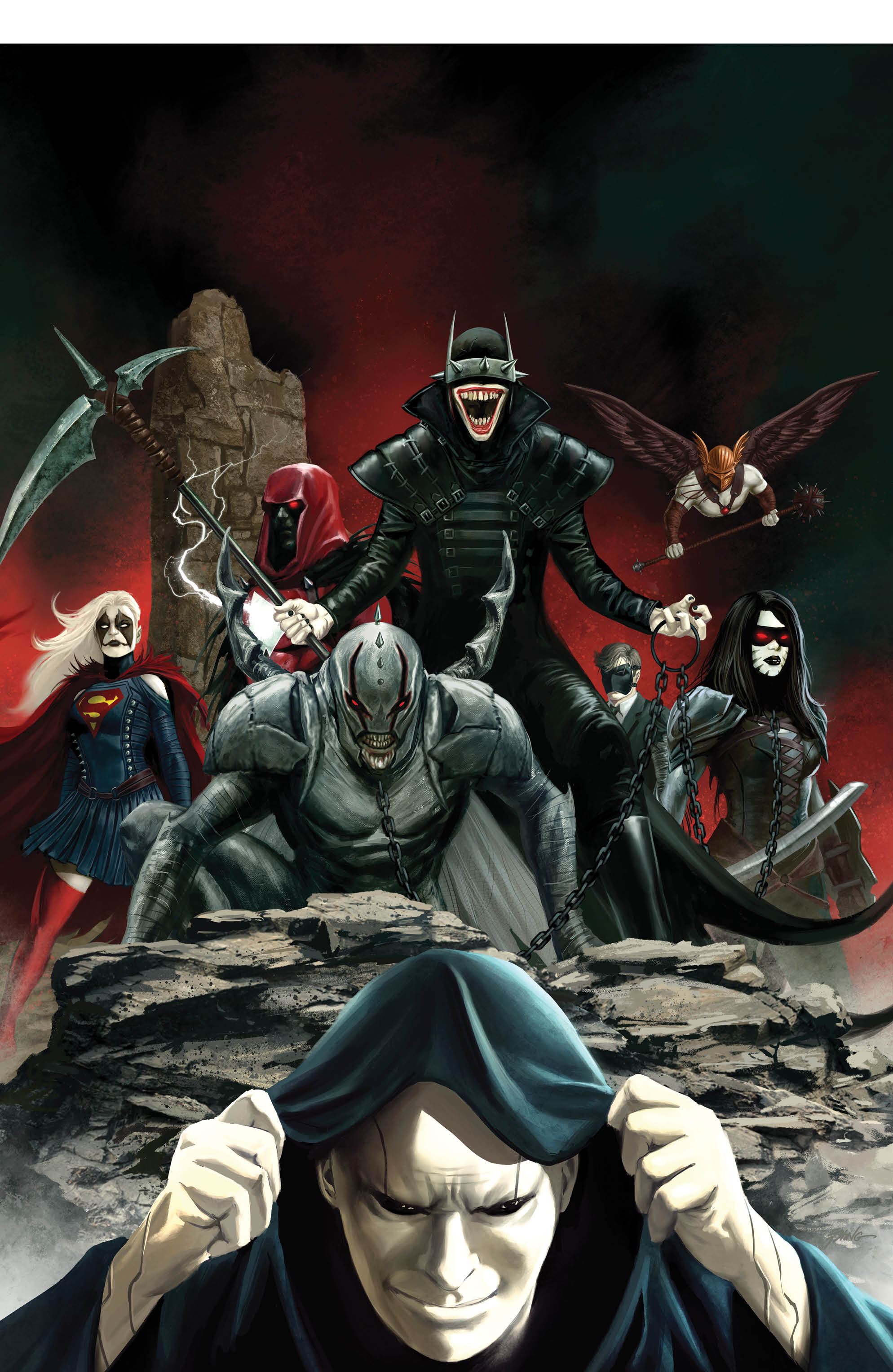 Depressoverse Art at its Finest

Recently, in Green Lantern: Blackstars #2, Grant Morrison poked fun at DC’s current proclivity towards the morose, referring to the Dark Multiverse as the “Depressoverse.” Frankly, he’s not wrong; DC has embraced its dark side. However, I’m not convinced that’s necessarily a bad thing, as dark and gritty seems to sell.

Anyway, Steve Epting’s art is a prime example of DC’s gloomy side working well. His lines are fairly clean and bulky; a nice counterpoint to the more spindly style of Jorge Jimenez. His work is complemented nicely by Nick Filardi’s dark color pallet. Overall, the book looks great, creating a mood of gloom and despair, which works fairly well considering that this title focuses on warring villains.

Overall, Year of the Villain: Hell Arisen #1 is a solid first issue in what will surely be a great miniseries. Tynion has a ton of ground to cover in the remaining three issues; however, he has proven himself time again to be a competent, talented writer. Epting was tonally a great choice for this book, and I look forward to seeing where things go from here. As a side note, this issue occurs chronologically directly after Justice League #39, which hasn’t hit shelves yet. So if you’re interested, you might want to wait to read this after the next issue of Justice League.

Final Verdict: If you’ve been following Metal and Justice League, you are definitely going to want to pick this up.

Book Review: Batman – The Definitive History Of The Dark Knight