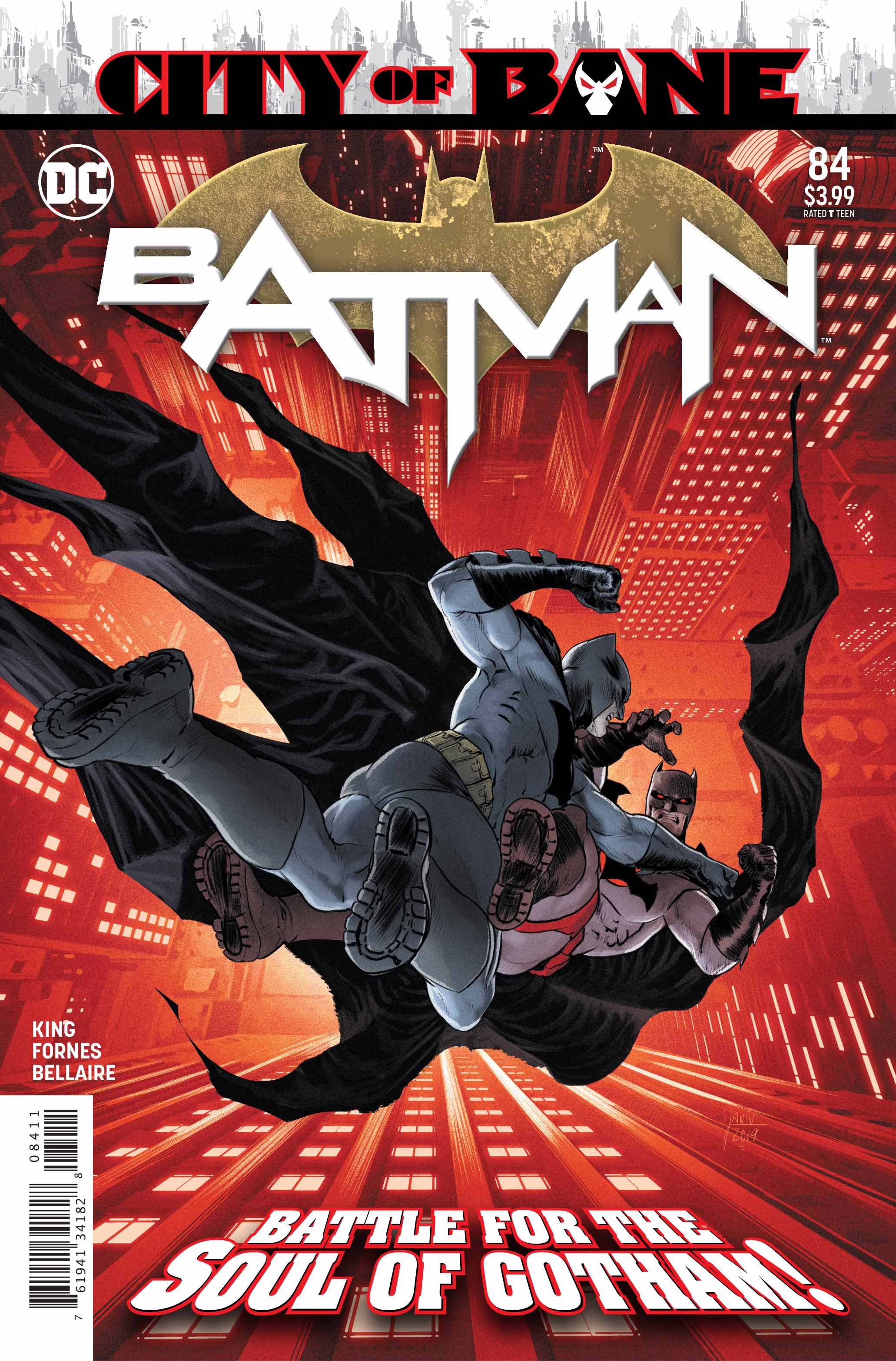 Batman #84 is the penultimate chapter of “City of Bane” and it focuses the spotlight on Flashpoint Batman and his motivations and is a highly engaging and mostly-satisfying read.

Writer Tom King structures the story in a Memento–esque backwards format. While King has been too cutesy with unique storytelling techniques in the past, this one is used to great effect. The backwards format is appropriate, because we want to flashback to see FP Batman’s backstory. Furthermore, the reverse format engages the readers more. Upon first glance, any given scene may not make much sense. But King wisely chooses to quickly gives context using earlier story events. It’s brilliant because it forces readers to really contemplate each scene more carefully. 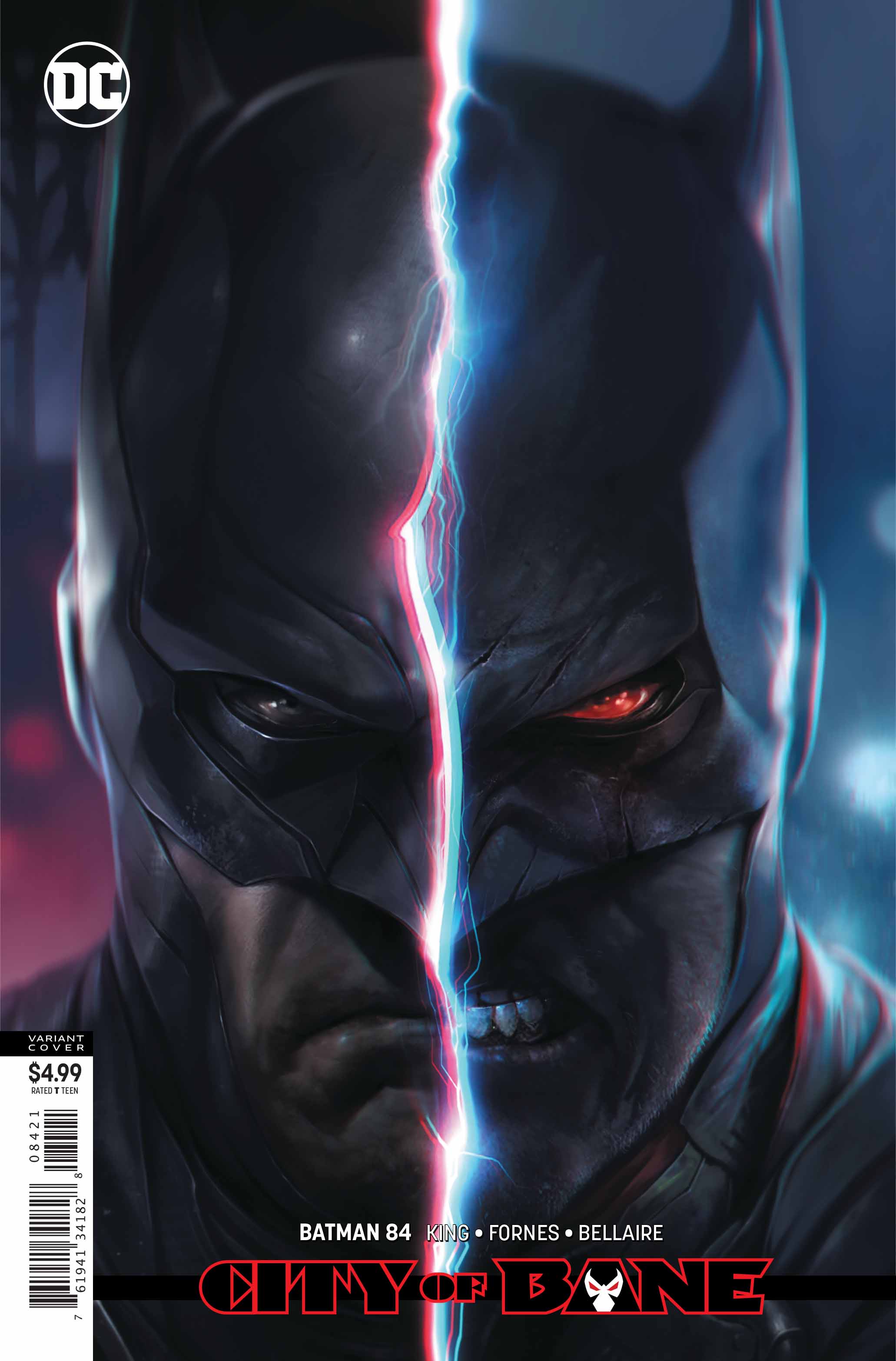 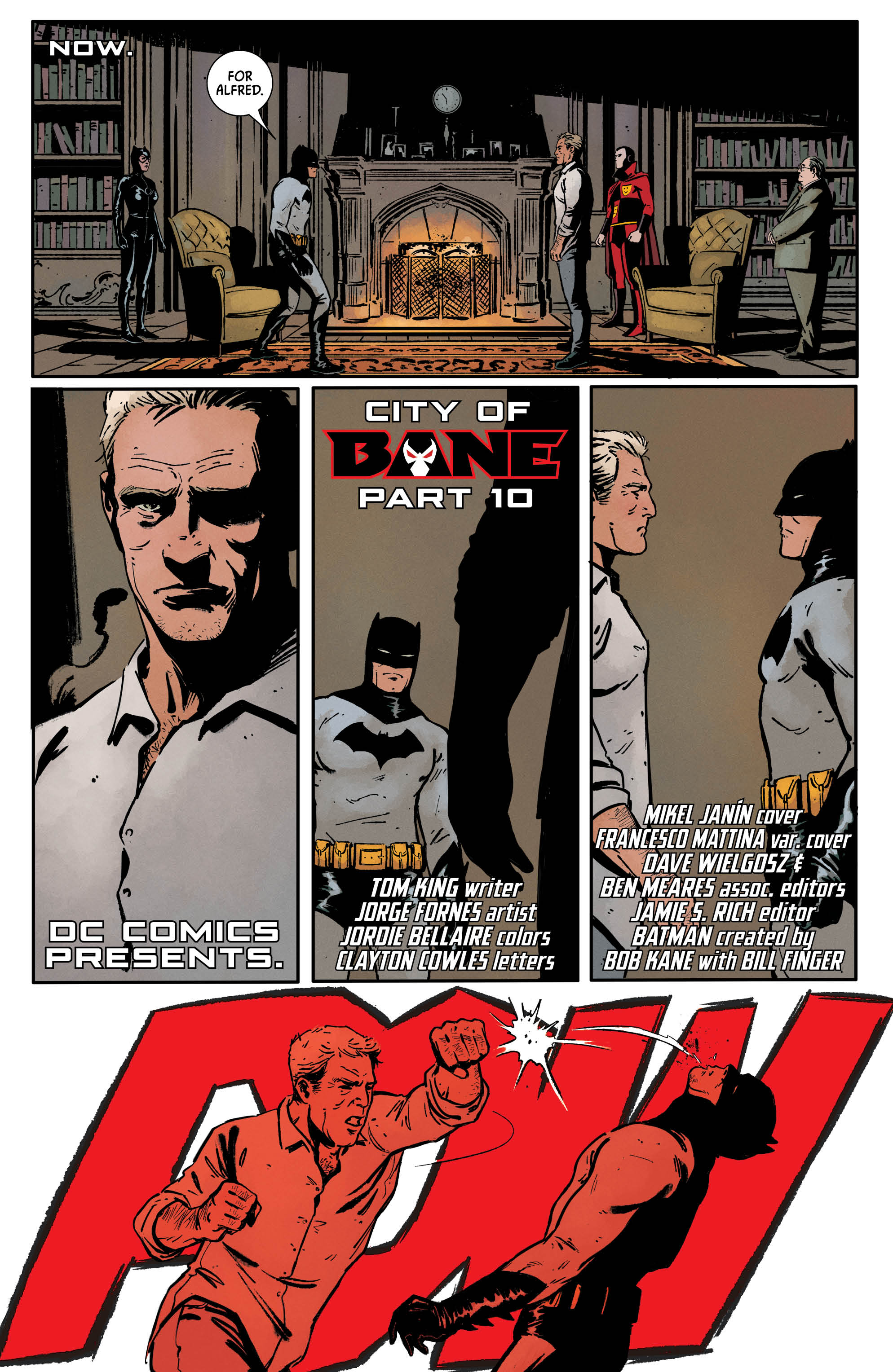 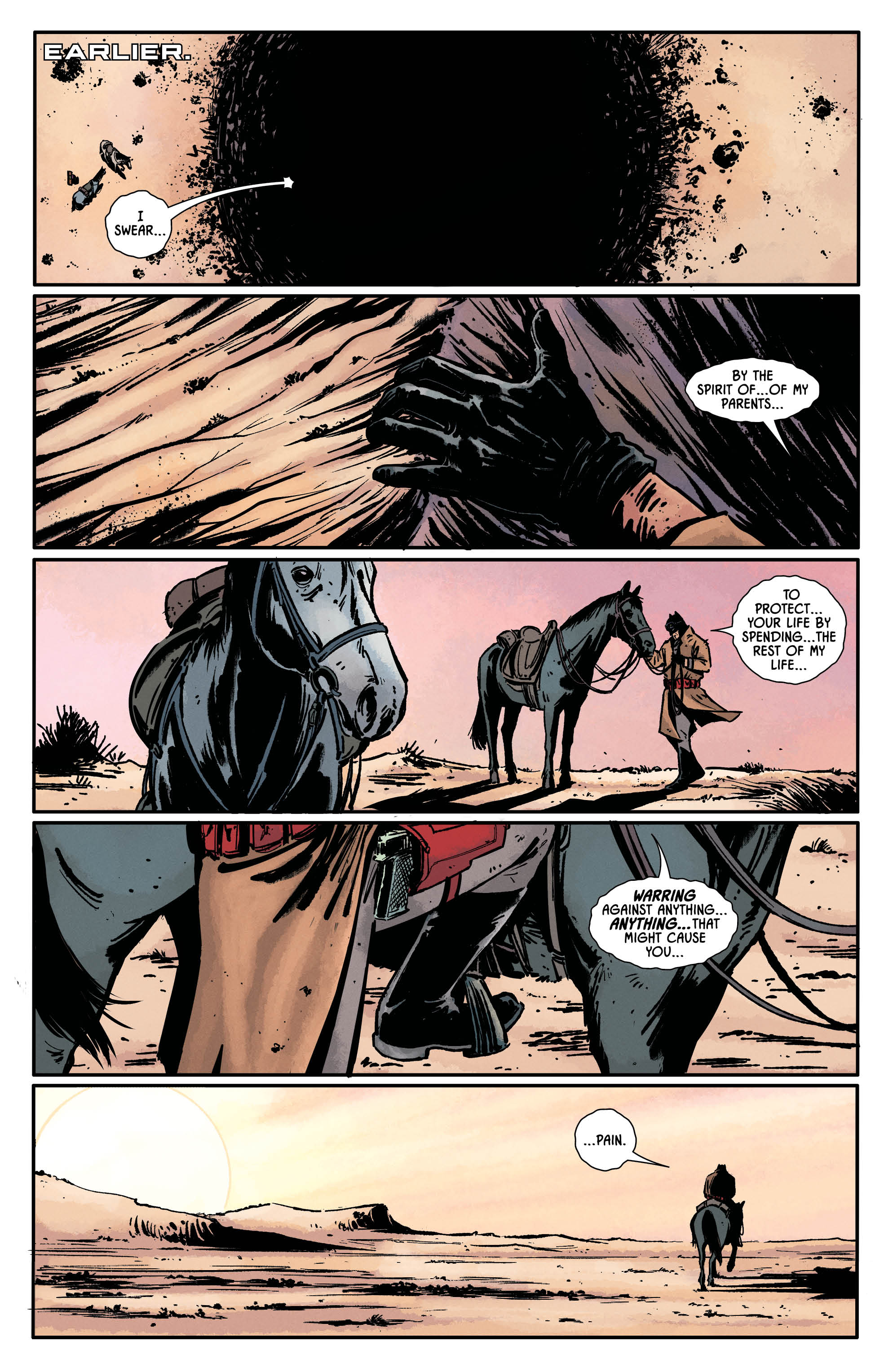 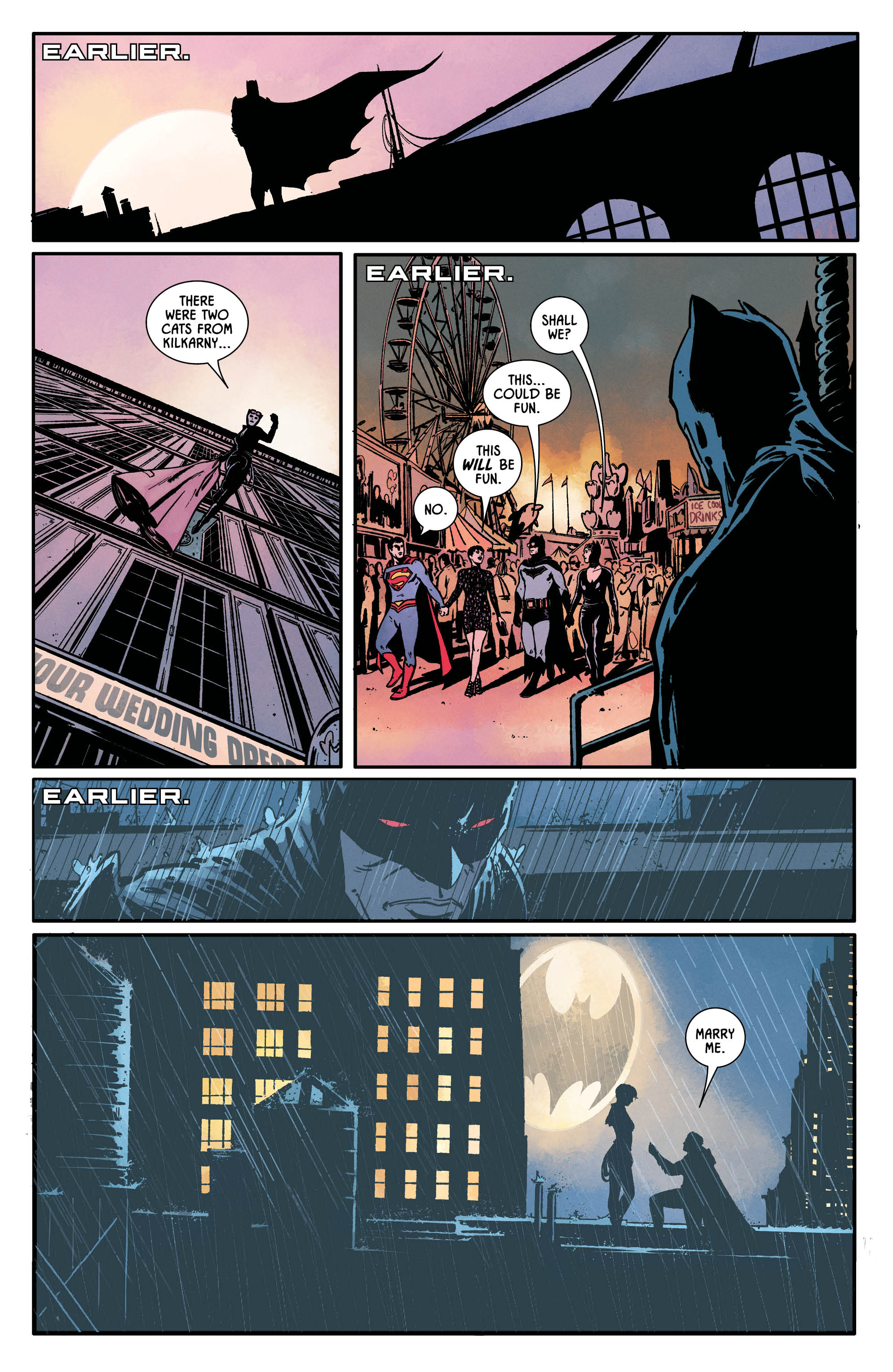 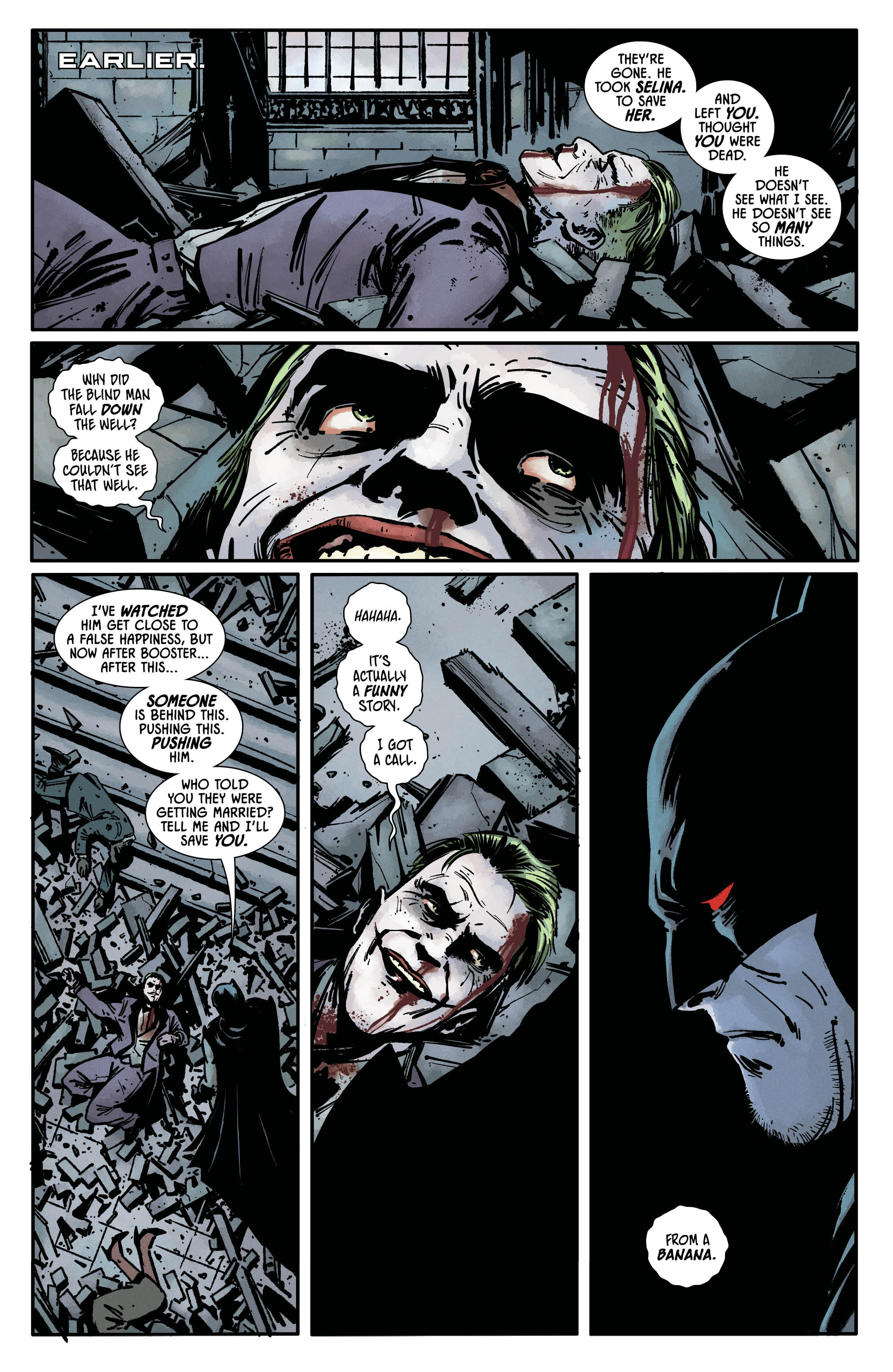 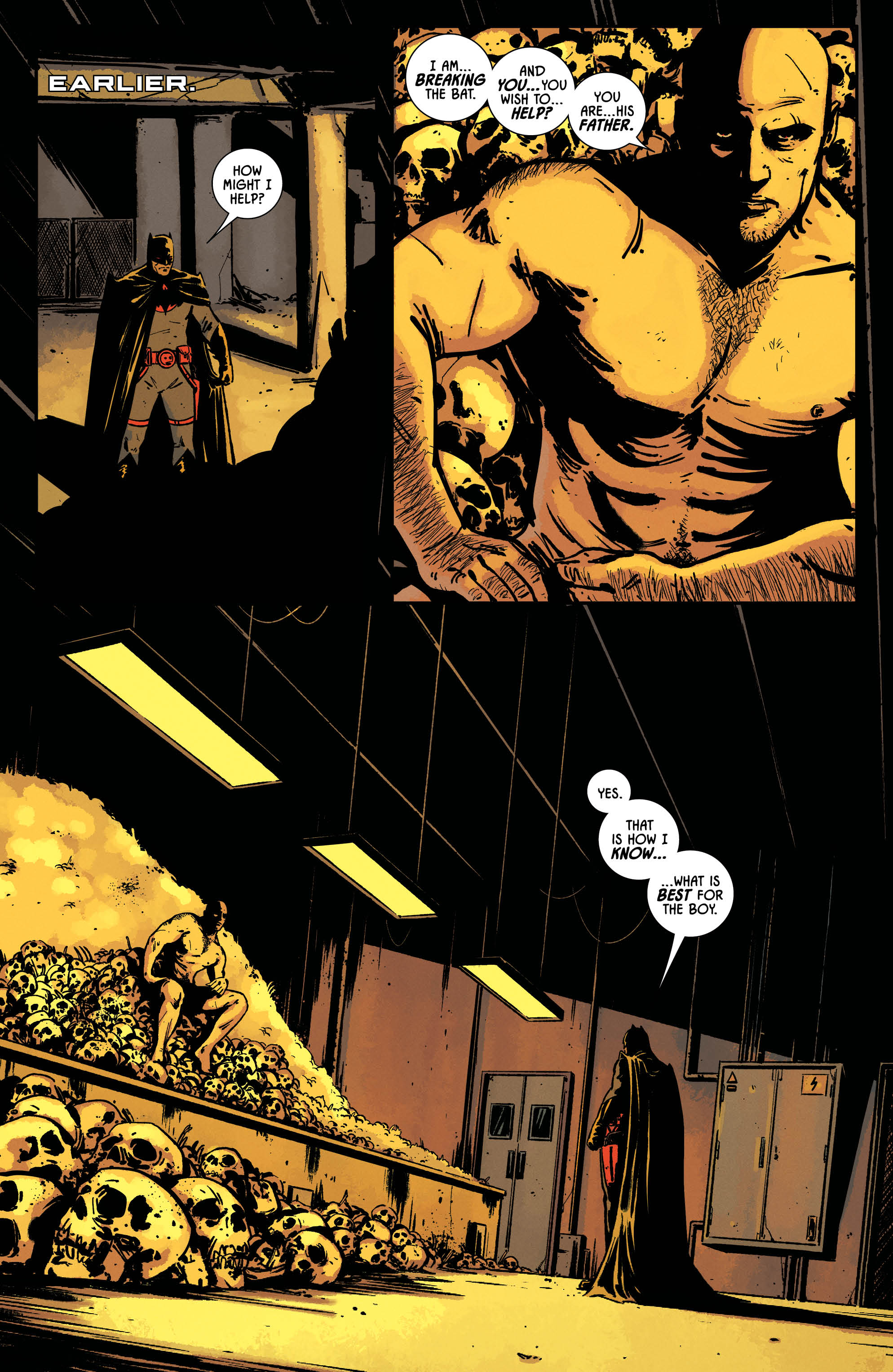 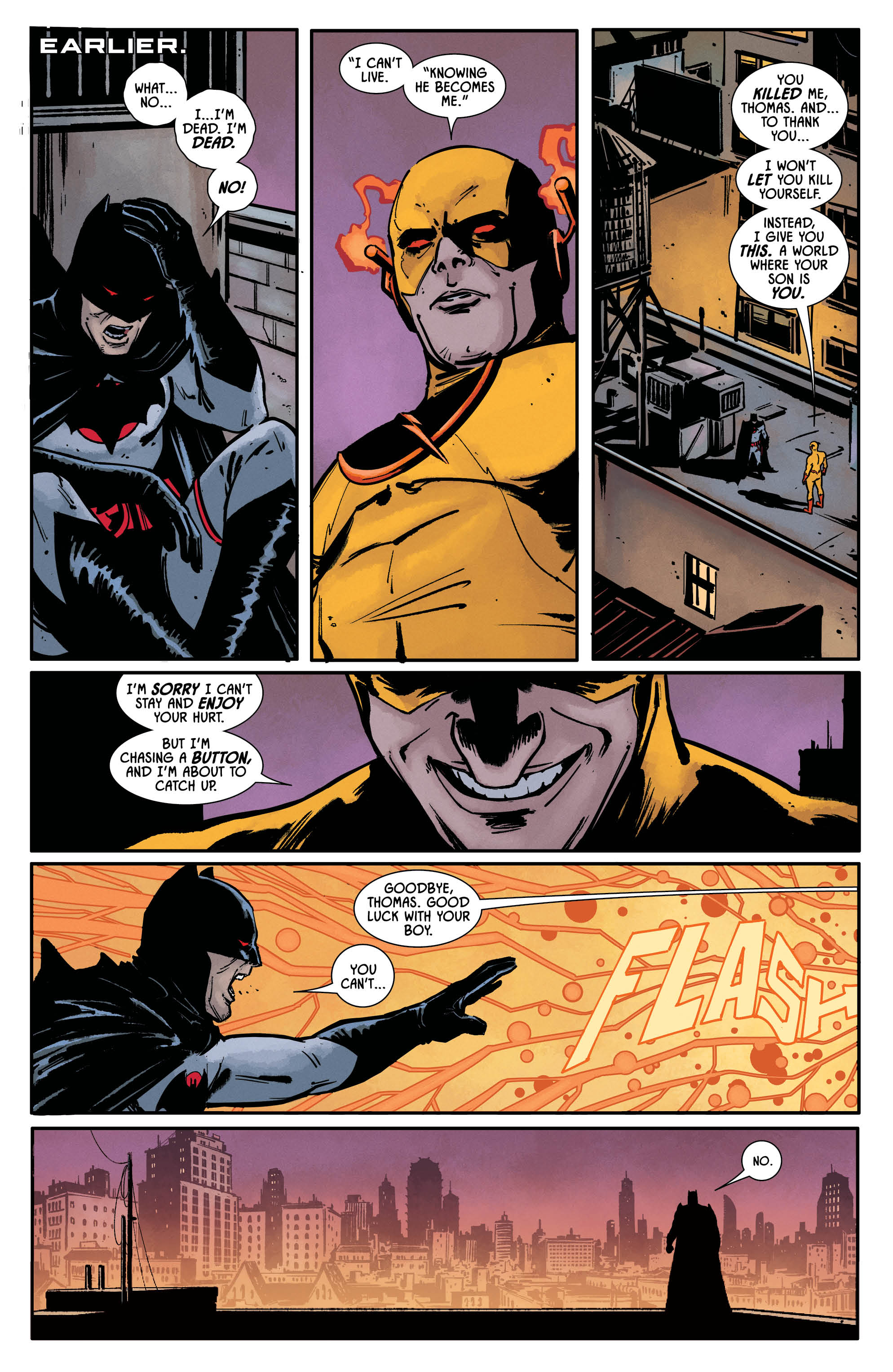 A Satisfying and Dense Back Story

What’s also noticeable about the issue is how restrained King is being. He decides to write each scene brief and to-the-point. It makes for a lean story with no fat. It also allows a very dense read. This is further accentuated by artist Jorge Fornes. His detailed, ink-filled art is beautiful and his storytelling is excellent. That is a difficult feat, especially in a montage-style comic. He implies a lot of story within a limited amount of space. Fornes’ noir-inspired style is also surprisingly good for the more incredible, sci-fi concepts. This is probably due to his ability to covey good character body language.

The biggest question coming in is: How did he survive the Flashpoint universe collapse? The answer is narratively gratifying, because King picks up threads from the original Flashpoint series. It’s a small effort, but it goes a long way towards showing that the Flashpoint Batman is the same, consistent character he’s been since his inception.  FP Batman’s motivations are also tied into his Flashpoint appearance. Additionally, it’s logical and elegant because it can concisely be summed up in one statement.

Unfortunately, when examining  his motives, it only highlights how nonsensical his actions with Bane are. If he’s protecting Bruce, why does he allow Bane to torture Batman so much? Why doesn’t FP Batman just kill Bruce’s villains when he has them at his mercy? Or why did he assist in Alfred’s murder? His actions throughout the extended storyline are illogical at best and contradictory at worst. Unfortunately, this comic does not provide sufficient insight why FP Batman acts so inconsistently.

Batman #84 is a great, concise explanation of Flashpoint Batman. While the flashback sequences were elevated by King’s expert use of reverse storytelling, it is ultimately marred by FP Batman’s behavior in previous issues.