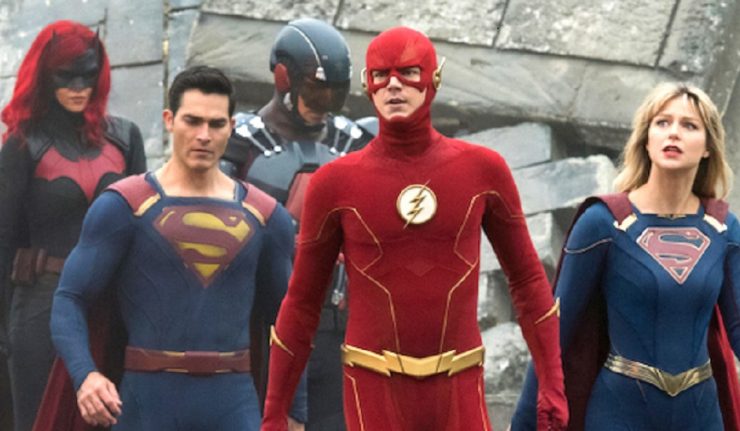 The CW has released its second trailer to promote  the Crisis on Infinite Earths television crossover event. The CW is pulling out all the stops for this, even though it’s not the first time the Arrowverse has done a major crossover with all of its DC Comics shows.

Our favorite heroes from Arrow, The Flash, Supergirl, DC’s Legends of Tomorrow, and Batwoman all show up in this trailer, but… what do my wondering eyes see before me? Black Lightning, Superman on Superman, and Tom Welling (not in his gear)… see what I did there for the holidays!

The trailer reminds us of the key conflict within this crossover event. The DC multiverse is in trouble, with life and even planets from every dimension being wiped out by a mysterious, menacing force. The multiverse’s best and most capable heroes: Green Arrow (Stephen Amell), The Flash (Grant Gustin), Supergirl (Melissa Benoist), Batwoman (Ruby Rose), Superman (Tyler Hoechlin), and the Legends of Tomorrow led by White Canary (Caity Lotz) — are informed that their ranks must expand if they’re going to stand a chance of defeating whatever is attacking the multiverse.

Seven new superheroes are teased and the trailer reveals three of them. As we knew from prior reports, we will be seeing Tom Welling‘s Superman, Kevin Conroy‘s Batman, and Cress Williams as Black Lightning.  As for the remaining heroes, we’ll to wait until the story is aired.

Crisis on Infinite Earths will span four nights, with a break in between the third episodes and the final episodes caused by the brief holiday hiatus.

DC seems intent on taking over the small screen and with this event, and they are pulling no punches.  Bringing back Tom Welling and adding Kevin Conroy to the mix is a fan’s dream, as three Supermen are vying for screen time and Conroy is the voice of Batman. DC may have pulled the biggest coop in TV history! 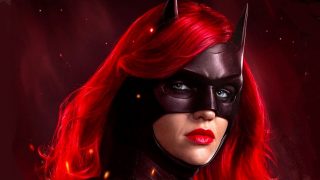 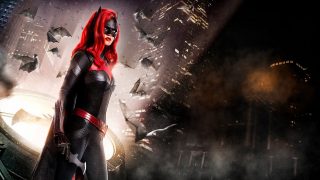