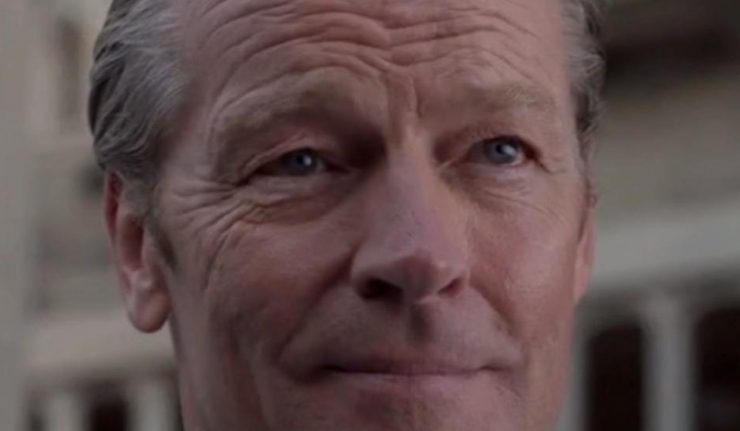 With the Titans Season 2 finale showing on DC Universe today (Friday November 29), everyone will be interested in knowing what role Batman may play. Will we see Iain Glen in the suit? Of course we won’t, but we have had a slight glimpse of how the Bat Insignia may have looked.

Rhys Yorke, an artist on the show, has revealed an unused Batman logo. Fans would probably still love to see Glen suited up, especially with a symbol that references some of the most popular insignias we’ve seen over the years.

One of the biggest thrills I had working on Titans Season 2, was having the opportunity to design a new symbol for Batman. I tried not to… pic.twitter.com/rYlDFNxhiF

It’s a shame that there’s been criticism of Batman’s treatment in the show (not from me of course, because I love what the writers are doing), but it’s great to know he’s here to stay. This also means that the story stays focused on the Titans themselves, which is what the show is about, after all.

He’s still Batman. We just don’t see him with the cape and cowl running around, and the bat signal.

We all know that there are reasons that Batman can’t suit up in the Titans show, which don’t involve DC or Warner Bros and their character restrictions.

Bruce Wayne is here to stay, and Walker spoke about that with comicbook.com recently saying:

Well Bruce was a huge character on our show last year, you just didn’t see him, I mean for the most part. For Dick, he was omnipresent and it felt like we really needed to dive into Dick’s relationship with Bruce to really understand Dick better. I was really excited as a writer to go into Bruce Wayne. There’s been so much done about Batman but there’s not a ton about about being Bruce Wayne… Bruce is really awesome at being Batman, he’s kind of crappy at being Bruce.

With the reveals of an, albeit unused, Batman logo, it does give fans hope that we may see the man suited up in a future series of Titans.  Exciting stuff.

What do you think of the unused logo? Let us know below.