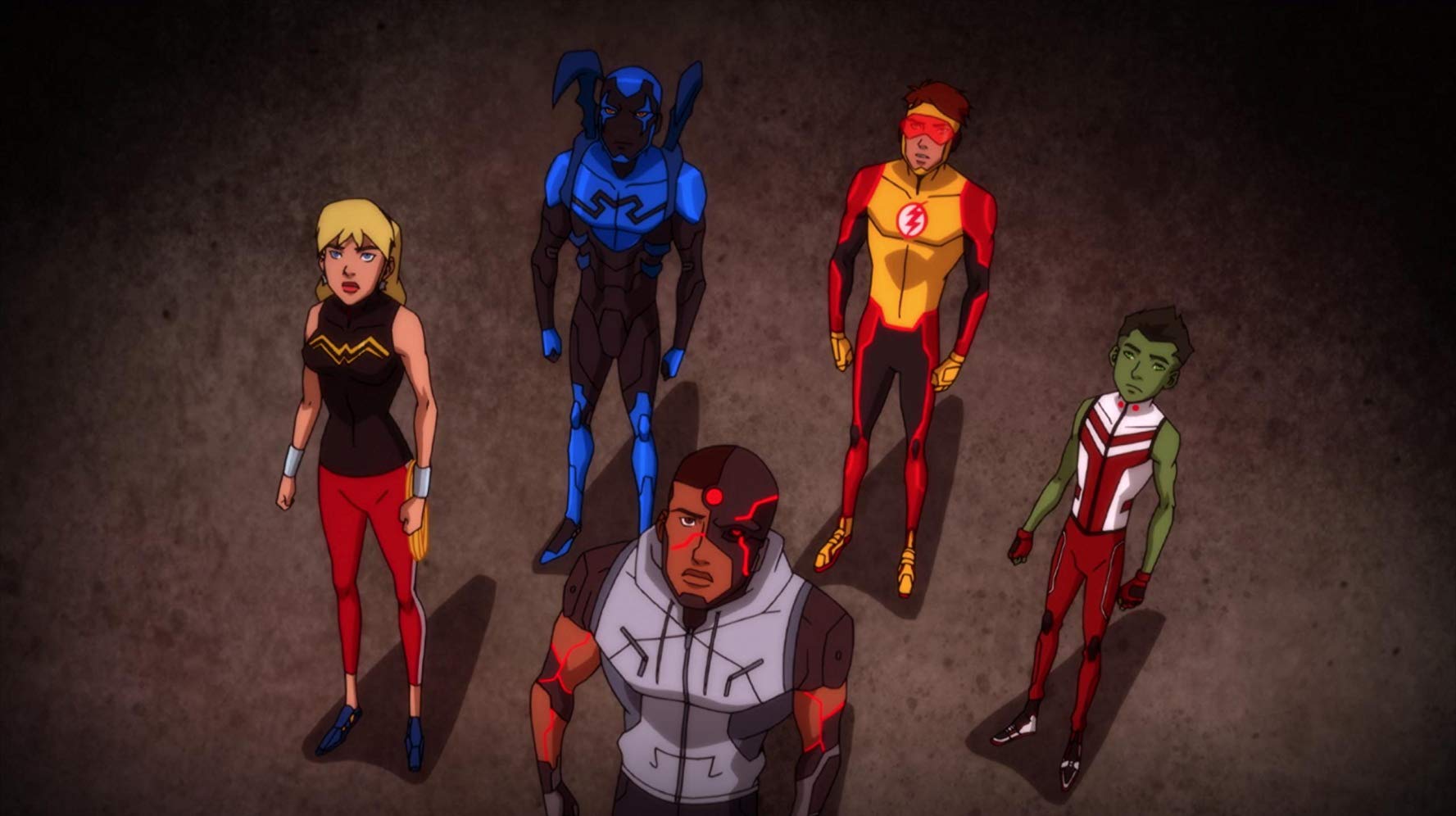 Doing A Lot Of Stuff For The First Time These Days

I’m very disappointed the episode titled “Into The Breach” and not one joke or reference about it was made. There were plenty of opportunities too with Kid Flash, Bart Allen, back in the episode. The recent episodes have been a lot heavier and it’s nice to have some pure comedy back!

The Outsiders are following their own lead on Violet, thanks in large part to Victor. Victor Stone ladies and gentlemen, is the type of person that I want to be. He’s had a life changing event happen to him and he’s taking it all in his stride. He’s helping out because it’s the right thing to do.

In their search for Violet, The Outsiders come across Gretchen Goode and Overlord. Gretchen gives Beast Boy an offer, fight her and the winner gets to leave with The Outsiders. Beast Boy eagerly accepts and we finally get to see what Gretchen/Granny is capable of! She easily brushes off Beast Boy’s attacks, though like a true hero he doesn’t give up.

In the midst of their battle, Victor manages to hack into the frequency that Overlord runs on. Yet again, going with the flow and learning on the fly gave Victor an edge, including his catchphrase. That’s right, we got a Booyah. 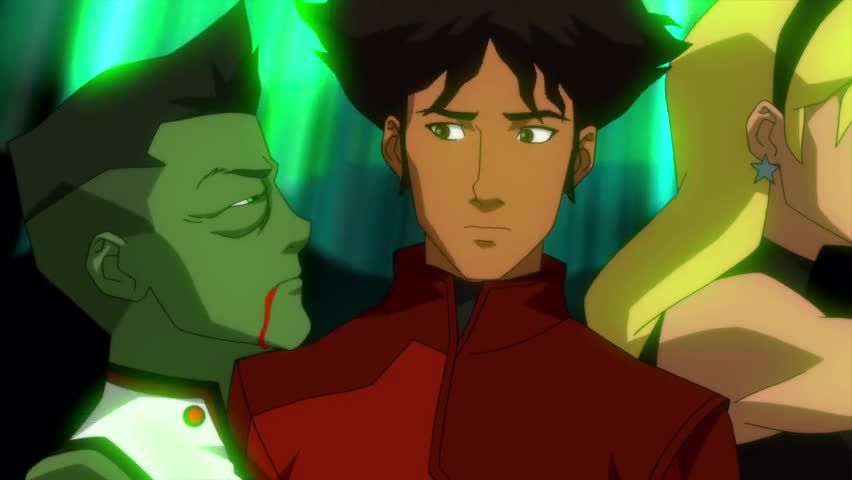 With the small win in hand, The Outsiders find themselves questioning it as Granny escapes with Overlord and Victor follows her. Back on The Orphanage, Granny and Gretchen fuse back together while Victor saves Violet. Combining all her powers together, in what can only be described as a level up sequence, Violet saves the Justice League, and The Team from the anti-life equation.

Turning her attention on Granny Goodness, Violet dispatches her relatively quickly. Victor helps to destroy The Orphanage with Violet, Superman and Captain Atom. Granny escapes, again, and reveals to Darkseid that Vandal Savage betrayed them.

Back on Earth however, Beast Boy and The Outsiders are freaking out about the fact that Victor vanished. Unknown to them however, Lex Luthor is plotting their public downfall with the rise of his Infinity Inc. Booming back in, Victor and Violet bring back The Team for a nice reunion. Beast Boy offers Victor a place on the team after his heroics. He accepts and gives himself the nickname Cyborg. 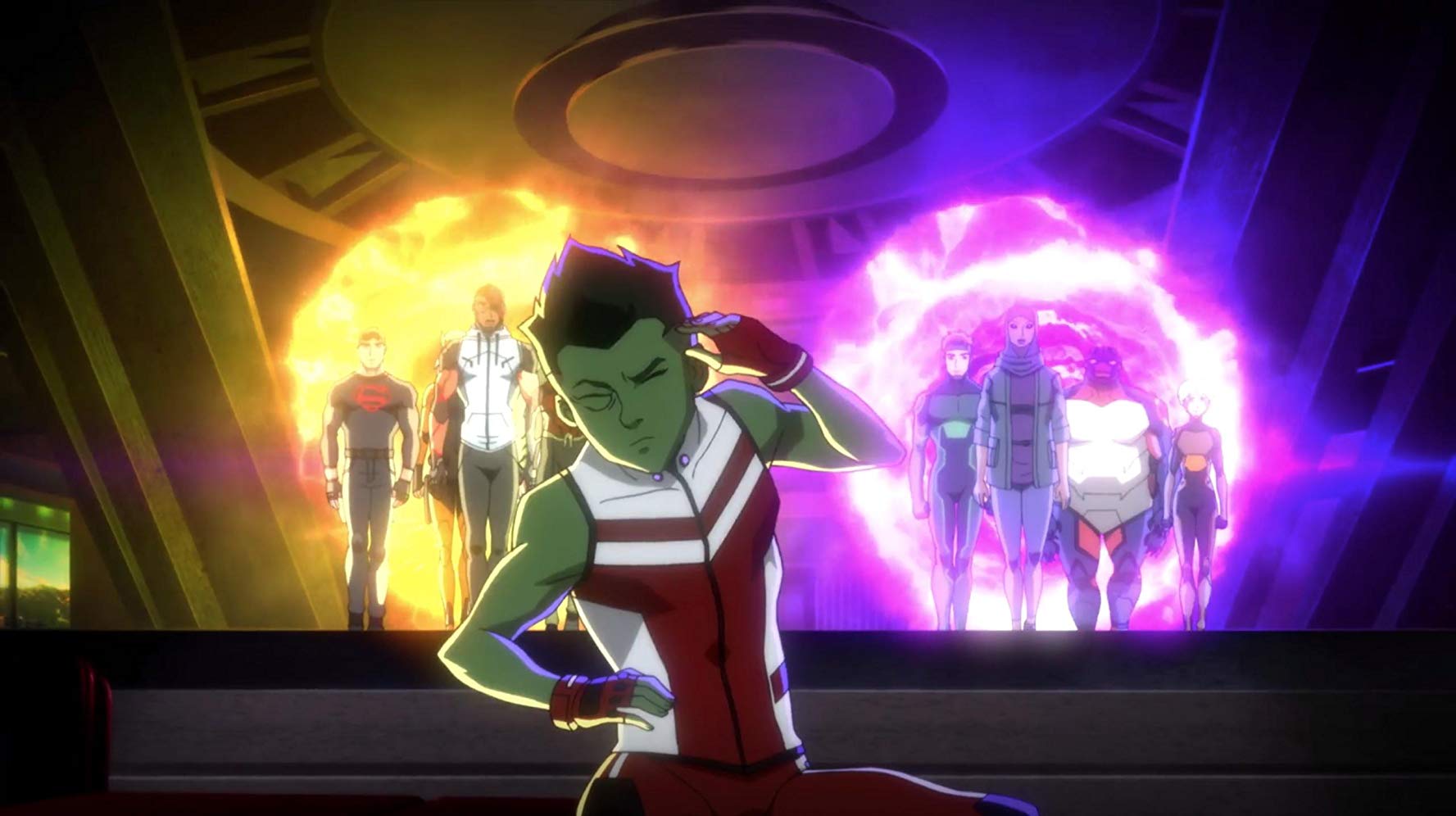 We’re only two episodes away from the finale! There’s still so much that’s yet to come up. Will the group find out about Tara, and her connection to The Light? How will Luthor and the Infinity Inc’s rise effect The Outsiders? What will be Darkseid’s reaction to finding out about Savage’s betrayal? There’s a lot to cover in the next two episodes.

Speaking about this episode however, they should have called it The Victor Stone episode because it was all about him! It was a fantastic episode, I really missed the dynamic between The Outsiders, and the comedy of Kid Flash has been missing so much over the last few episodes.

But talking about Victor Stone, I mean come on. This episode had more character and personal growth in it than any of the others. Also, how over-powered is he?! I suppose he’s always been like that, but the boy is ridiculous! I’m glad he’s finally accepted himself as Cyborg and a member of The Outsiders!