The Return of Kid Flash Teased for ‘Young Justice’ 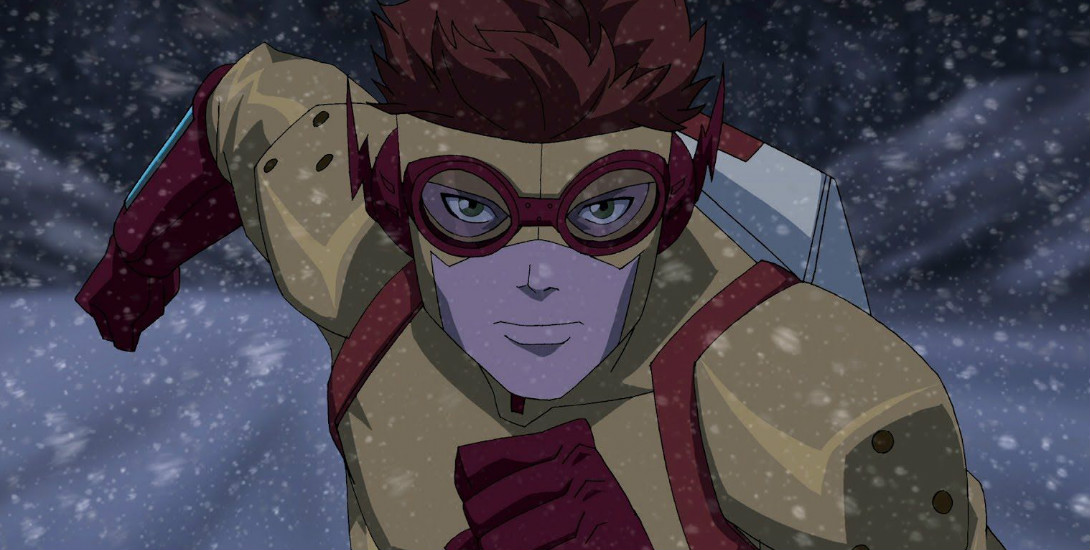 You’ve no doubt heard the news from months ago – the critically acclaimed animated series Young Justice is making its way back to our screens for a third series. For those of you who may not have seen all of the shows second series yet, I am going to lead with a massive spoiler warning in regards to the series finale. But if you’re here, chances are you’re good to go, so let’s jump to it.

In the season two finale, The Flash, Impulse, and Kid Flash are seen saving the world by using their super speed to contain the blast of an atomic/alien bomb. However, Wally begins to fall behind and is apparently zapped out of existence by the energy he began to siphon from the bomb. With his fate unknown, and the fate of the show confirmed by the producers, it seemed like we may never know what happened… until now.

Just the other day, Jason Spisak – the voice actor who brought Wally to life in Young Justice – tweeted out a clip from his latest voice acting venture: the DC Universe Animated Original Movie Teen Titans: The Judas Contract where he will be reprising his role as Kid Flash. The tweet was an interesting one, with a very telling caption, which you can check out in full below.

A tiny taste of Wally from the new #TTJudasContract movie for those who can't wait for #YJSeason3! https://t.co/GrjdjgycS7

With this tweet, we have solid confirmation that – in a yet unknown capacity – Kid Flash will be coming back to Young Justice for its third series! This isn’t the first voice actor confirmed to be returning however: Khary Payton, who is currently a part of The Walking Dead, will be reprising his role as Aqualad, as well as producers Brandon Vietti (Batman: Under the Red Hood, Superman: Doomsday) and Greg Weisman (Star Wars Rebels, Gargoyles), so we definitely have a lot to look forward to.

When the DC Universe of Animated Original Movies began back ten years ago with Superman: Doomsday, it was quickly followed up a year later by Justice League: The New Frontier. The next step was supposedly going to be an adaption of the 1984 Teen Titans story The Judas Contract, however it was shelved. Jump to 2016 and we had confirmation from Warner Bros. that The Judas Contract was going ahead and would serve as a sequel to Justice League vs. Teen Titans. The film will come out in 2017, while season 3 of Young Justice is yet to be given a release date.