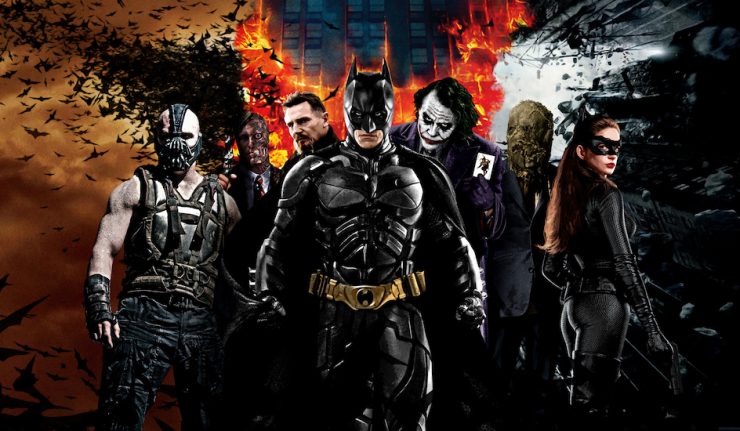 The Dark Knight Trilogy is considered to be one of the greatest film trilogies of all time. Right up there with the likes of Star Wars (original trilogy), The Lord of the Rings or Back to the Future. Due to Christopher Nolan’s “one film at a time” approach, each part stands alone as a great individual movie, but weaves together themes throughout to make one cohesive 3-part story.

Of course, 2 of the 3 films made over $1 billion dollars at the box office, and given the massive popularity of not only Batman, but this version of Batman, one would think that the studio would’ve liked to continue with Nolan’s vision.

However, in a recent interview with the Toronto Sun for his new film Ford v Ferrari, Christian Bale explains that if they were lucky enough to be able to make more than one film, they would stop at 3.

We knew we had to reinvent it. I literally had people laugh at me when I told them we were doing a new kind of Batman. I think that the reason it worked was first and foremost Chris’ take on it. But also we never were arrogant to assume that we had an opportunity beyond one film at a time. That’s something that Chris always would talk about. He’d say, “This is it. We’re making one film. That’s all we’ve got.” Then when they came and said ,”You want to go make another?” it was fantastic, but still said, “This is it. We will not get another opportunity.” Then they came and they said, “Okay, let’s do a third one.” Chris had always said to me that if we were fortunate to be able to make three we would stop. “Let’s walk away after that.”

Although Nolan’s vision was to make 3 films, if given the opportunity, Warner Bros. unsurprisingly wanted another one. Christian Bale, by virtue of Nolan, stuck with the original vision and walked away from it.

Then when they inevitably came to us and said, “How about a Number 4?” I said, “No. We have to stick with Chris’ dream, which was always to, hopefully, do a trilogy. Let’s not stretch too far and become overindulgent and go for a fourth.” That’s why we, well Chris, stepped away. After that I was informed my services were no longer required (laughs).

I have to give major kudos to Nolan and company for walking away from doing a 4th film. I’m sure Warner Bros. would’ve given them any amount to come back. Especially if it were to tie into the then upcoming Man of Steel. But they stuck with their guns and walked away.

Each installation of a franchise is a chance to mess it up, which why it’s better to quit when you’re ahead than drive it into the ground. It’s also one of the reasons the Marvel Cinematic Universe is so impressive. A 23 film saga with only a few missteps along the way.

What do you think of Nolan’s decision to walk away after 3 films, no matter what? Would you have wanted the same team to return for a fourth? Or are you happy it ended it a trilogy?

The only reason I’d want to see them come back is to do a Batman Beyond (The Dark Knight Beyond?) style sequel years down the road, with an older Christian Bale. Hey, a guy can dream.