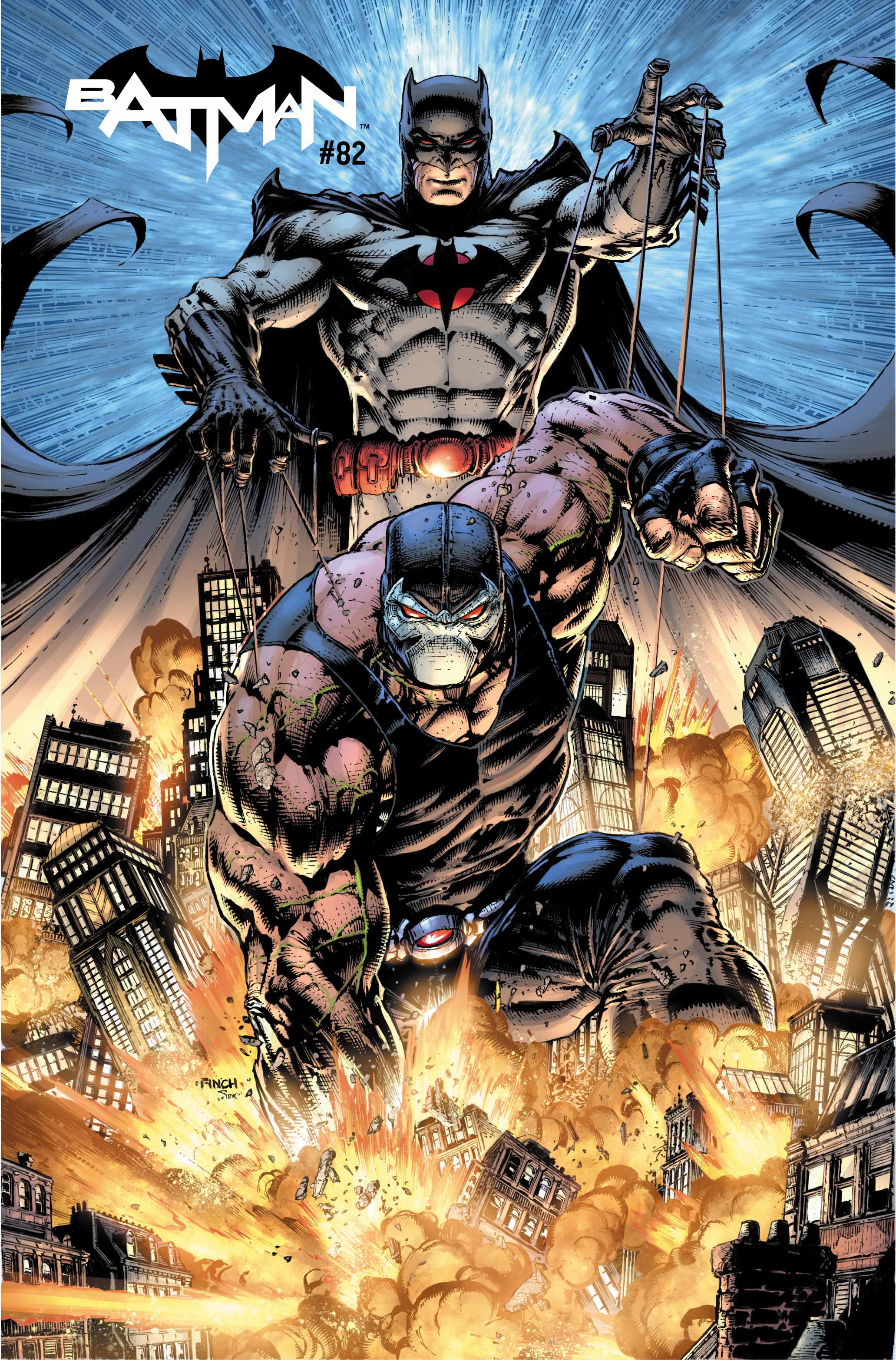 Batman #82 features Batman, Catwoman and Bane, in an epic showdown, wedged into what I found to be an otherwise mediocre chapter.

After seven issues of build-up, readers finally see the main characters face-off. The actual fight scene is actually well-done. The action was great and the characters are very fluid. There are interesting action beats without resorting to solely punching each other. The scene actually has its own mini-arc with twists, rises and falls, and a constantly-shifting power dynamic. This shows a remarkable improvement in writer Tom King’s skills to depict action. Typically, I’ve found King’s action scenes quite flat, but Bane versus Batman and Catwoman felt dynamic and vibrant.

Much of the energy has to be credited to Mikel Janin’s fluid art. It’s annoying seeing “City of Bane” feature its third artist so far, but Janin is always welcome. His character work is detailed and fine. His newer, looser style helps breath more life into the characters. The looser style also gives more mood to the scenes that tells its own story. Check out the splash page of the wrecked Bat-Cave. Not only does it drip with atmosphere, but readers can infer a lot of what’s actually been left unsaid.

Too Much Flashpoint Batman

So what is the downside of Batman #82? If one has not deduced it from the cover already, Flashpoint Batman is shown to be the true mastermind of the ordeal. “City of Bane” was hyped up to be Bane’s big plot. However, despite the title, Bane is barely featured. The lack of Bane causes narrative problems. If Bane is barely a presence, then there is no emotional twist when he’s revealed to be the red herring. When the Flashpoint Batman unveils his true hand, the turn not only is empty, but predictable. 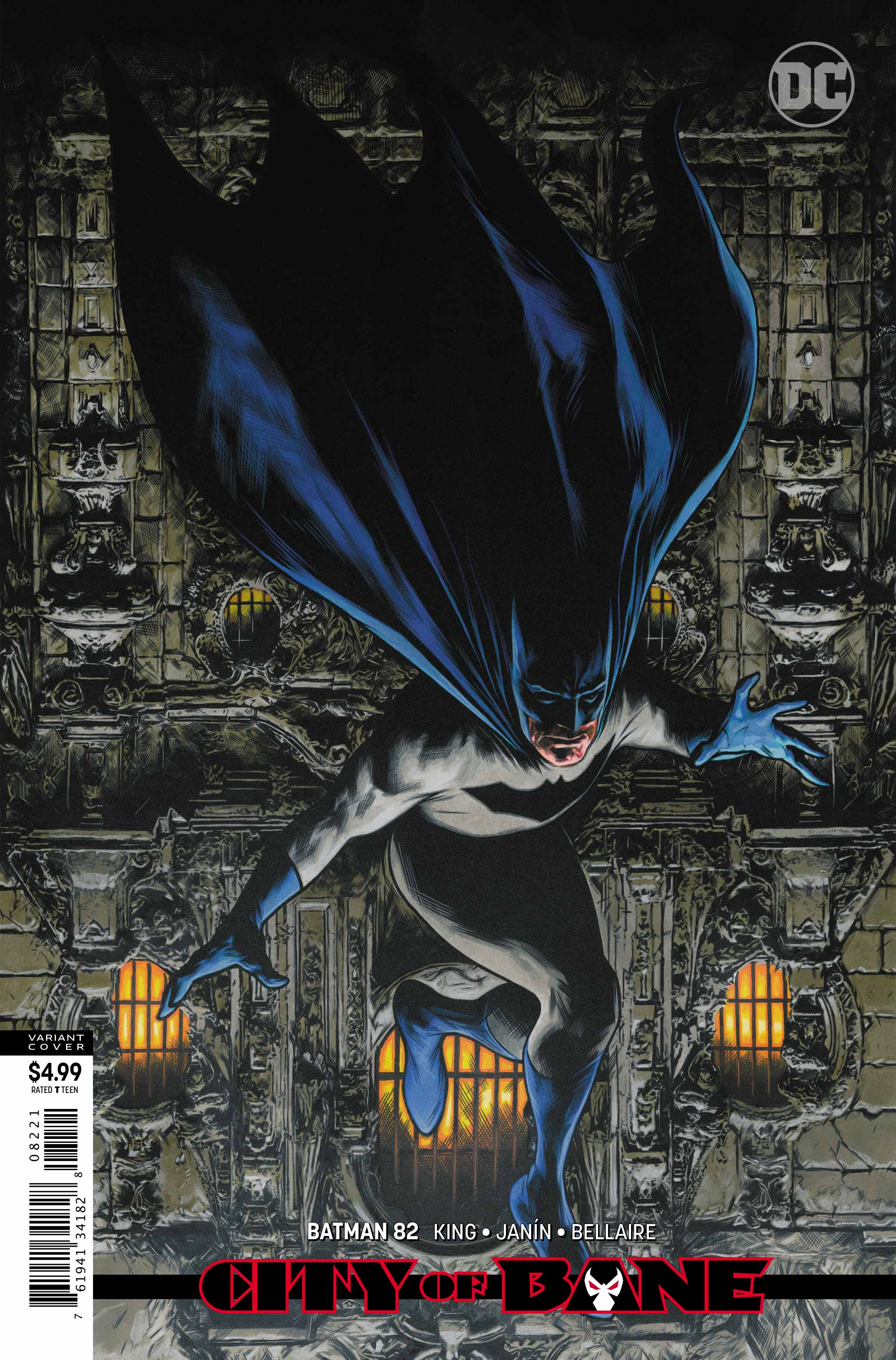 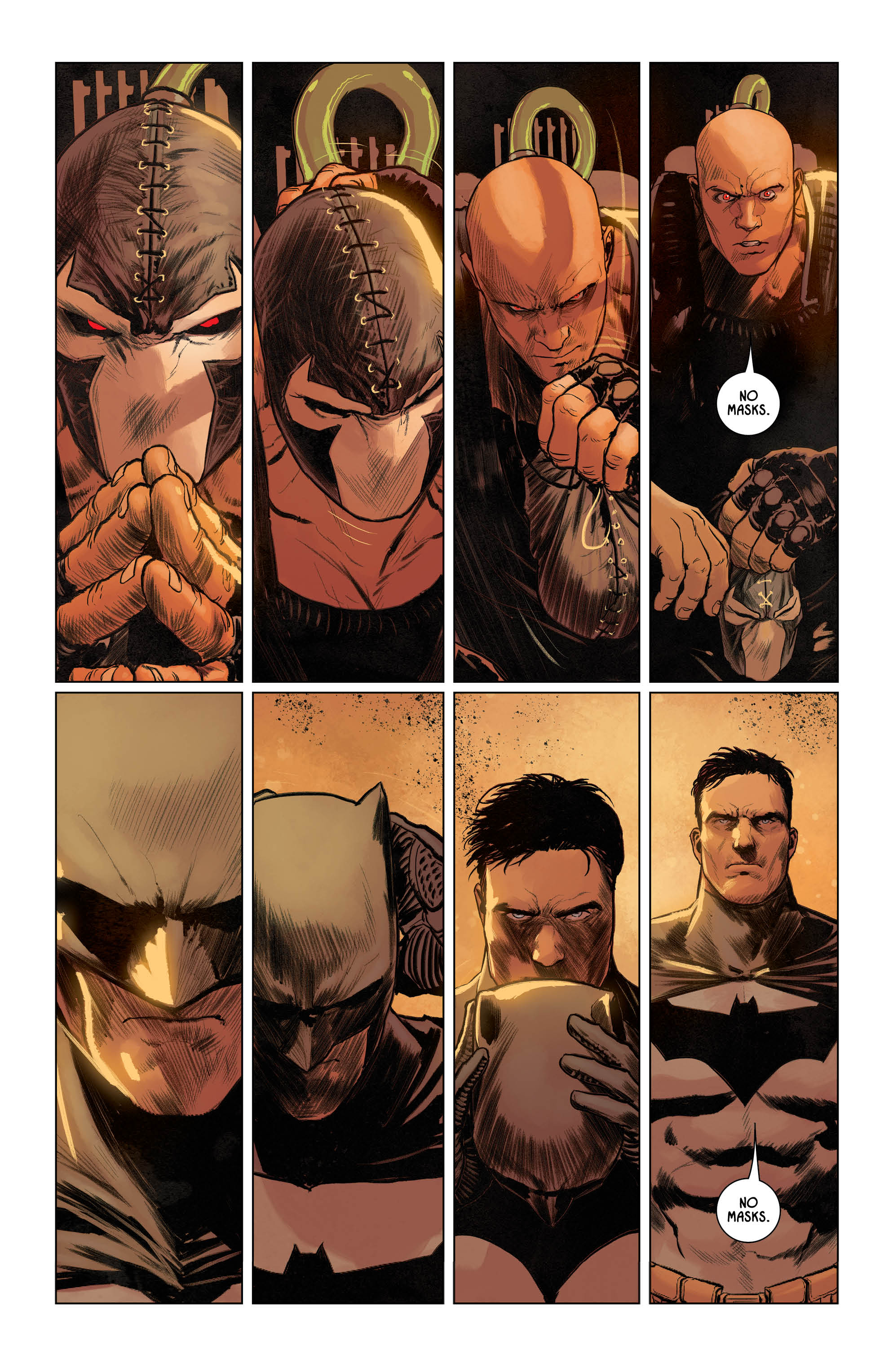 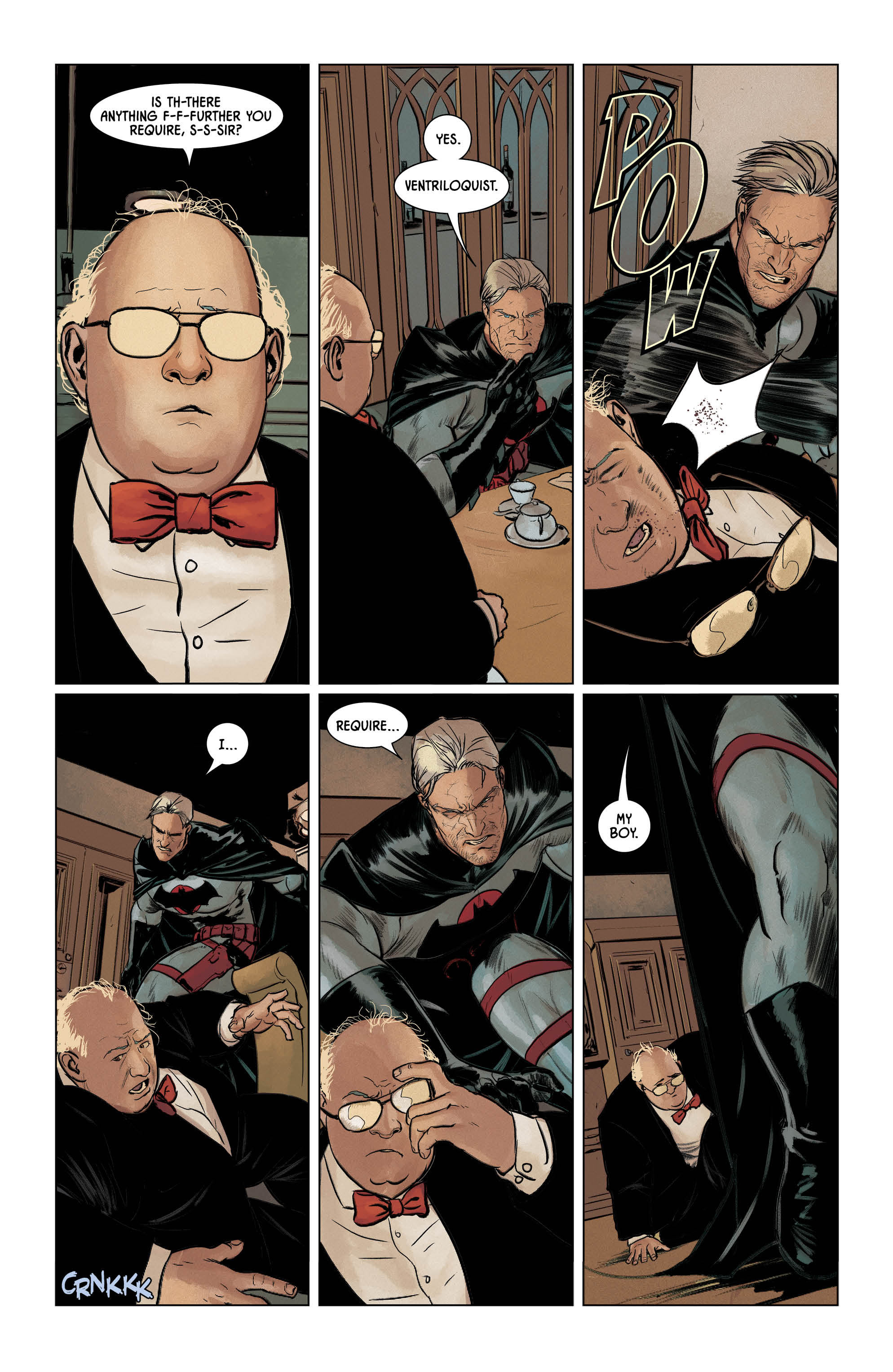 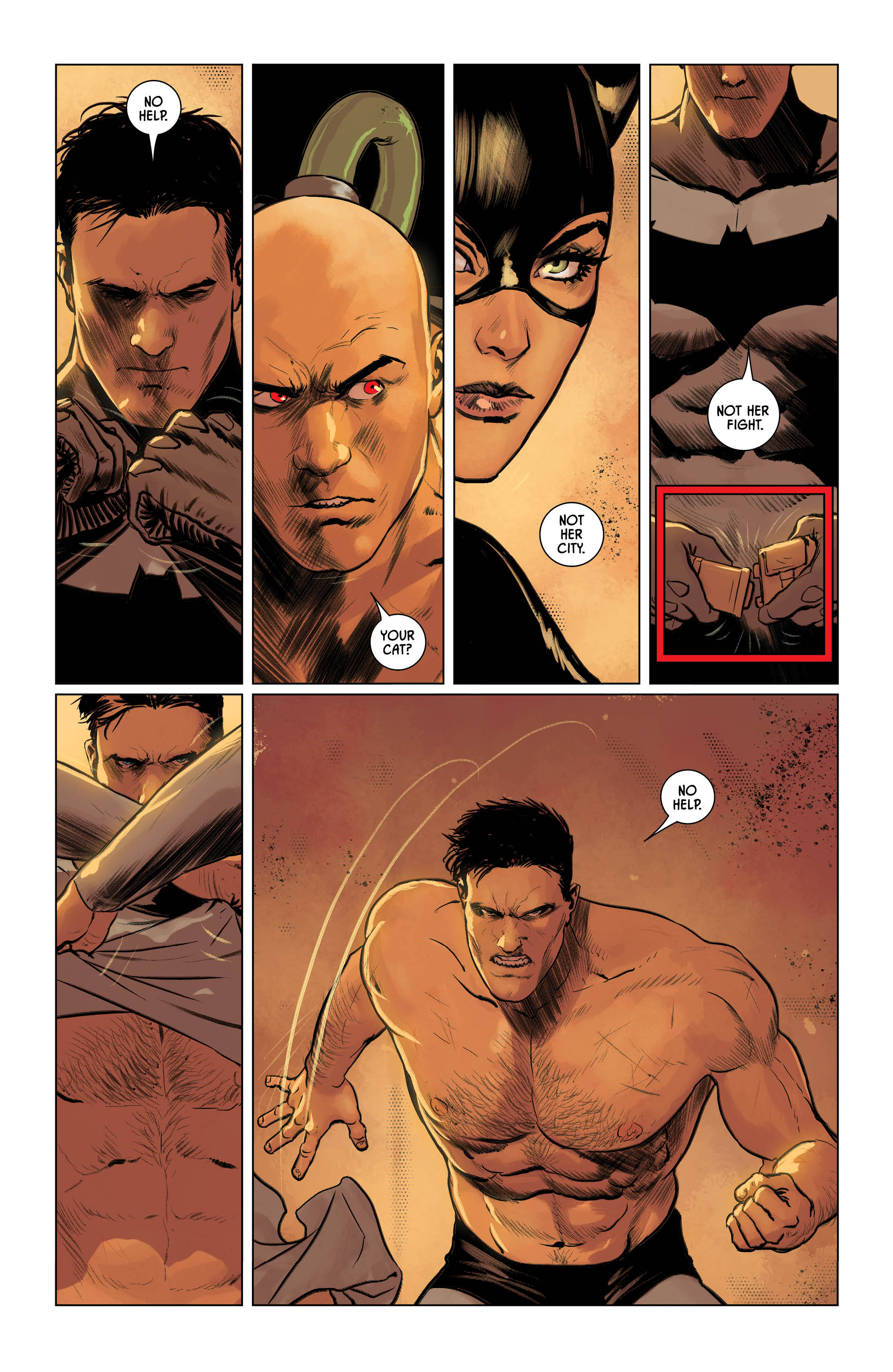 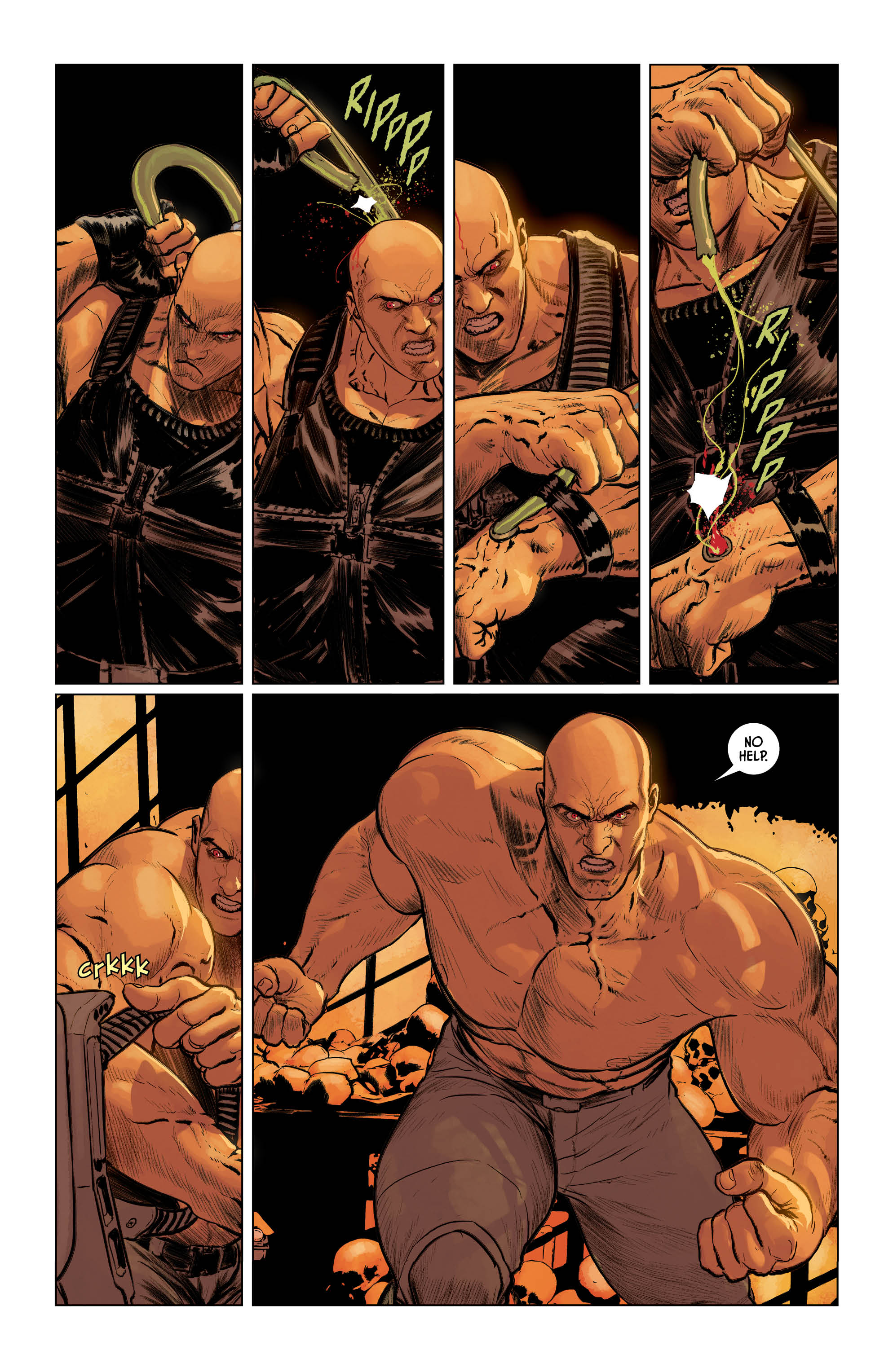 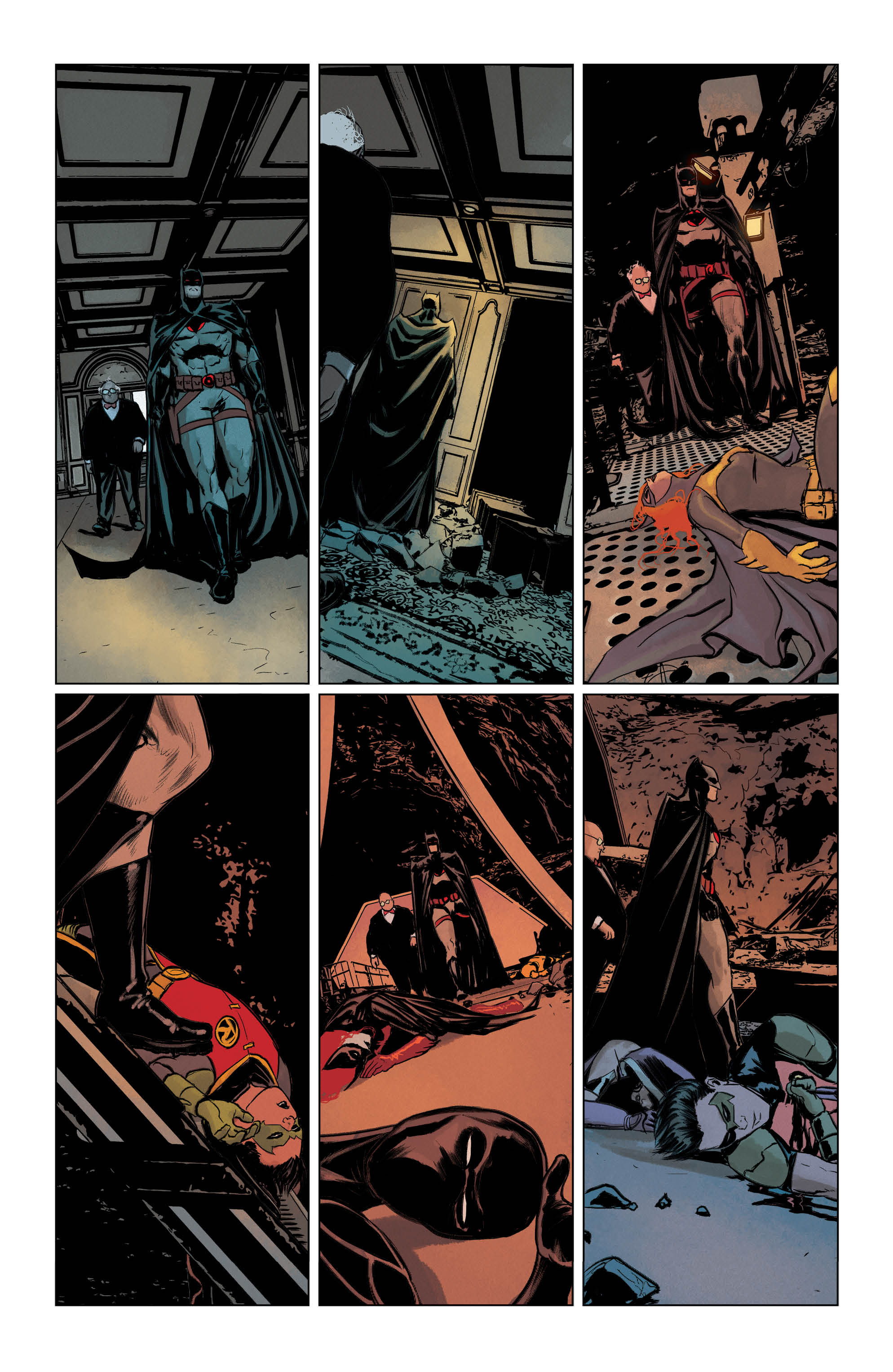 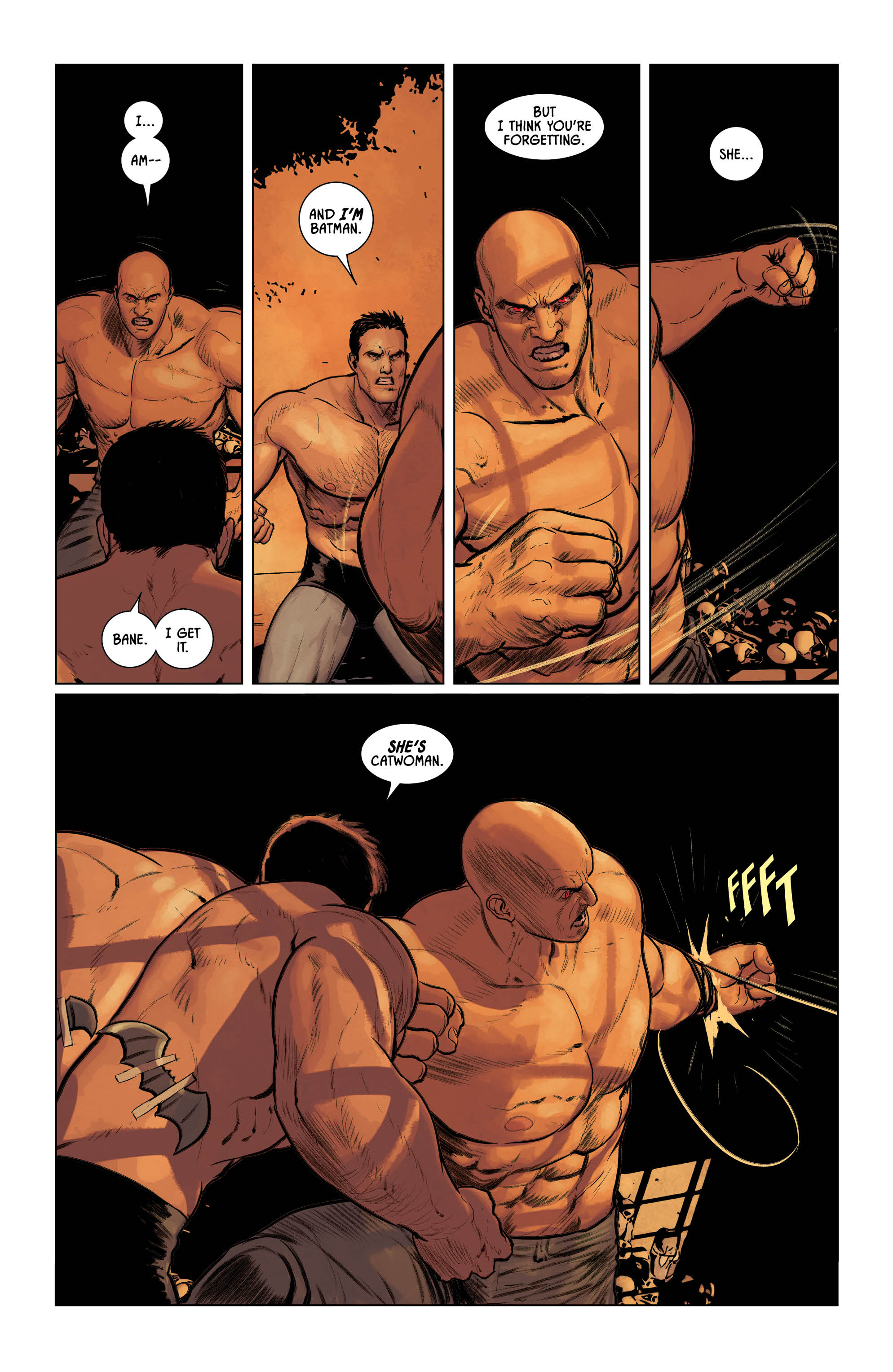 Unfortunately, it also looks unlikely that Bane will figure into the remainder of the story arc either, and it appears that Flashpoint Batman will carry as the primary antagonist moving forward.

Speaking of Flashpoint Batman, the multiple scenes featuring him are very repetitive and offer very little new insight.  Like, little new information is expressed in a scene where he cocks his guns. The only “shocking, new” detail is that he lets Ventriloquist drive the Batmobile.

Truthfully, this issue’s plotting is a microcosm of the entirety of “City of Bane”‘s pacing problems. I feel that the entire arc has been an exercise in poor editing. Many scenes, and sometimes, entire issues, are stretched out way too much. Meanwhile, King gives other plots truncated or zero build-up. What’s worse, he withholds some subplots for so long that it appears that he forgot about them. Like, what happened with Clayface from last issue? Couldn’t he have helped in the battle? The inconsistent pacing robs “City of Bane” of much of its emotional impact and dramatic urgency.

Batman #82 was set-up to be a climatic battle. Unfortunately, pointless scenes and a lame, predictable twist ending drains the climax of its emotional weight. King seems more interested in allocating the drama to the Thomas/Bruce Wayne conflict. If that is the story that King really wanted to tell, perhaps he should have made it more focused and not crowd it with so many useless ancillary characters.