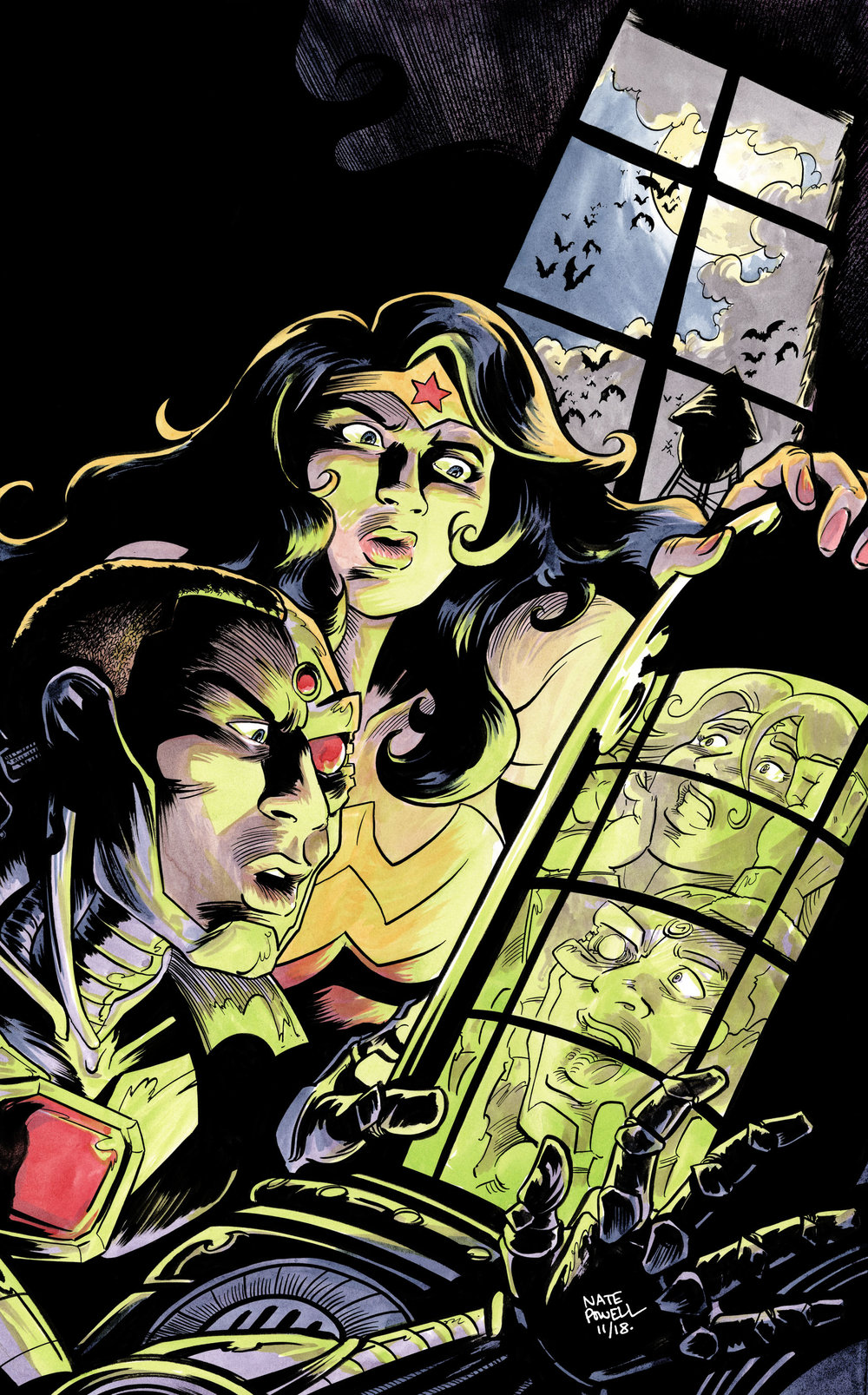 Black Hammer/Justice League #3 is here, and this series is heating up for all the right reasons! We are dead center of the 6 issues mini-series and this was an issue that definitely gave some answers. If you missed the last issue, you can catch up by clicking here. I’m ready to jump in on this one, so let us do just that.

Red VS Green: The Battle Of The Martians

We are dropped back into the saga in a dark interrogation room. Poor Abe and his gang are still trying to explain their innocence to the remaining Justice League members. For anyone else this would be intimidating to say the very least, but for our Black Hammer gals and guys it had me giggling. Barbalien and Gail’s antics give us a loads of laugh out loud moments. Gail tries to flirt with Aquaman and Barbalien is still antagonizing Martian Manhunter. Since Abe and his gang literally know nothing, they’re left alone in a cell. Gail has had enough and goes off on her own, leaving the rest to wonder about her and their missing comrades. 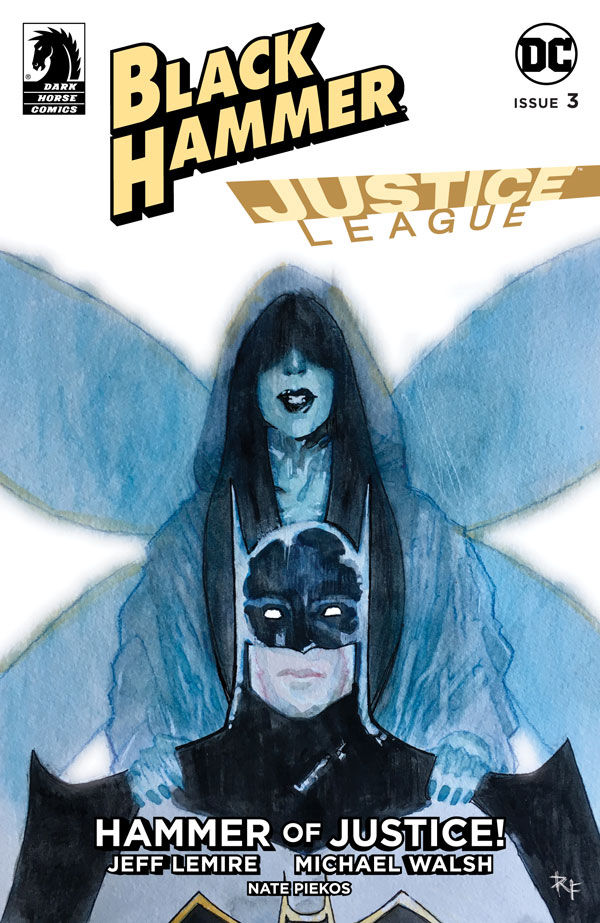 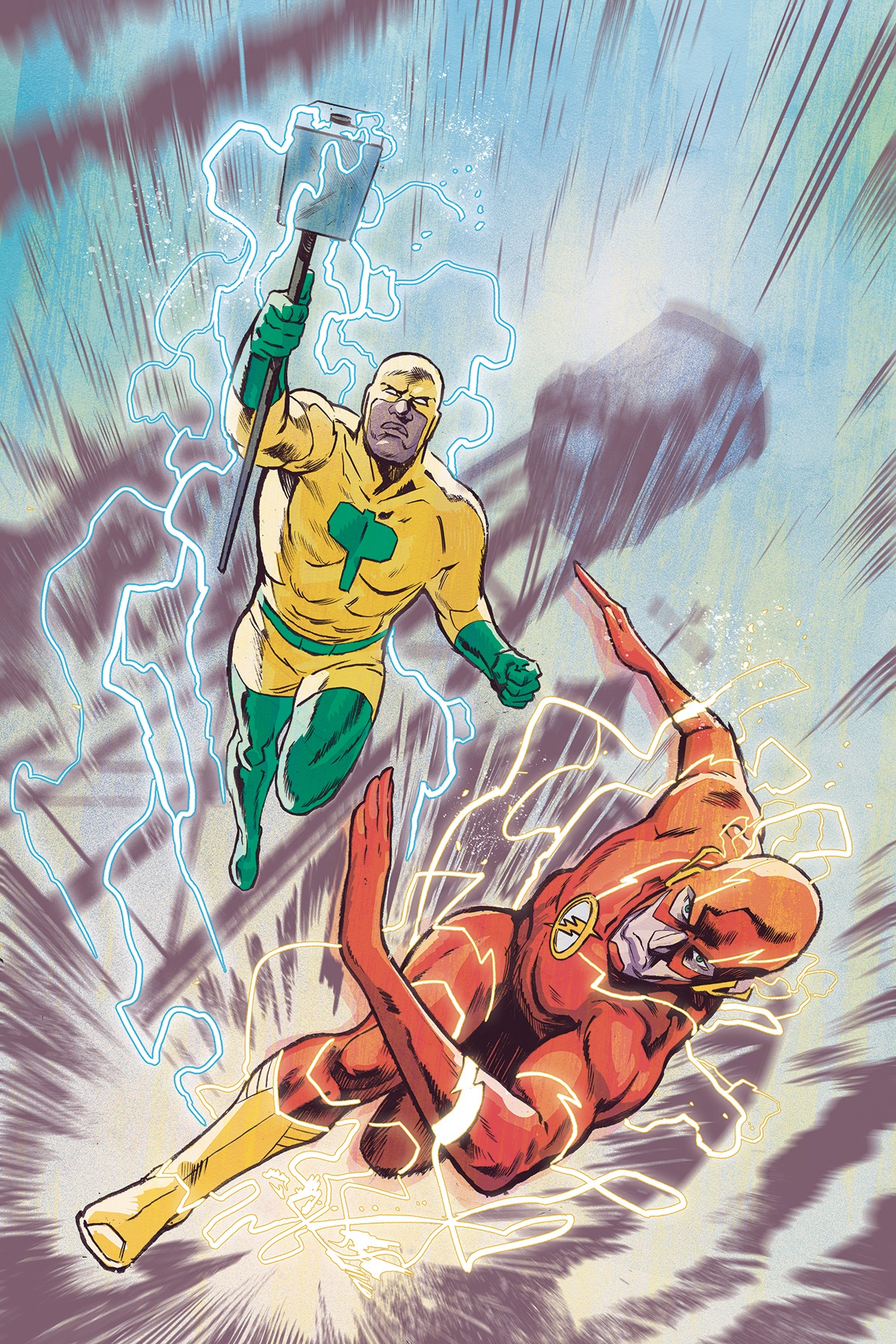 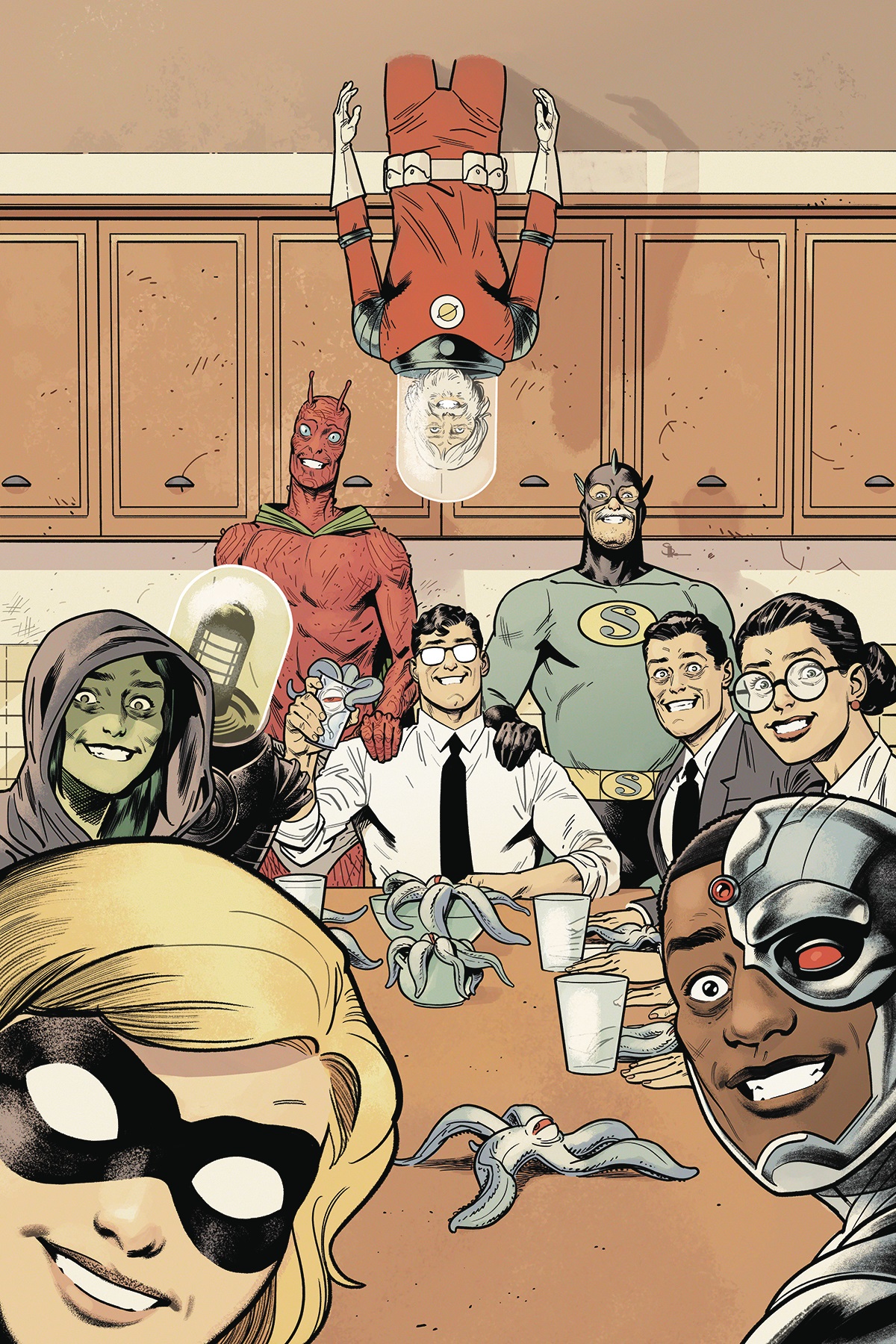 Meanwhile in another sector and dimension entirely John Stewart learns just what happened the day of the switch. Colonel Weird tries his hardest to show John the man responsible, but runs into an even bigger mystery. For someone like the Colonel, who has the vast omniversal knowledge that he does, how can the event and the man be completely missing from the structure of any reality? Worse still, we see just what happens when you try to leave the city our groups of heroes were/are trapped in. Trying to help Barry then lands John and his two friends in even more trouble.

Black Hammer/Justice League #3 was astounding in moving the story forward fluidly. We got updates on everyone and I got to squeal with absolute joy as my favorite character, Zatanna, popped up. In probably one of my favorite scenes in the book, she assists Gail , and it’s a magical moment. The team of Jeff Lemire, Michael Walsh, and Nate Piekos are giving us an intriguing and wonderful ride, while meeting characters who truly are entertaining. I’m so excited for what’s next in this series, but I’m also sad because we’re halfway through and the series will soon come to a close.

I await the next issue with high anticipation. While Black Hammer/Justice League #3 gave us some answers, we still need many more before the whole story’s made clear. I personally want to know who the strange man in the bowler hat is, and just what his intentions are. What are your thoughts readers? Do you have a favorite moment yet? Let us know in the comments and we’ll see you again for issue #4!