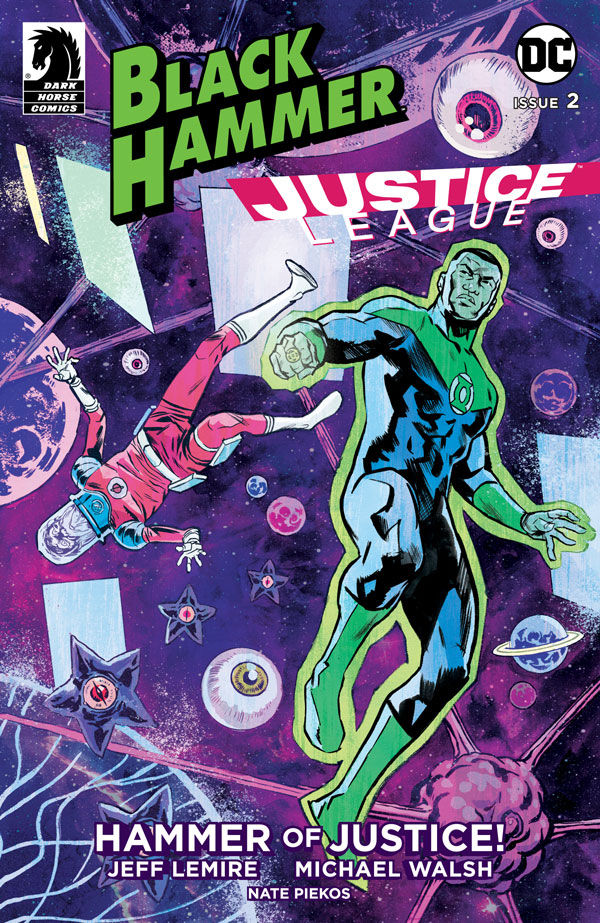 Black Hammer/Justice League #2 is finally in my hands and let me tell you, a month was painful to wait. When we last left our two sets of heroes they had completely switched worlds. The ladies and gents of Black Hammer were giving the city of Metropolis a spin and our Leaguers were dropped into the realm that Black Hammer had been stuck in for ten years. A mysterious man in a purple suit made offers to both sides, but we got no clues as to who he was… not yet at least. Let’s move to issue #2 to see if answers await us there. 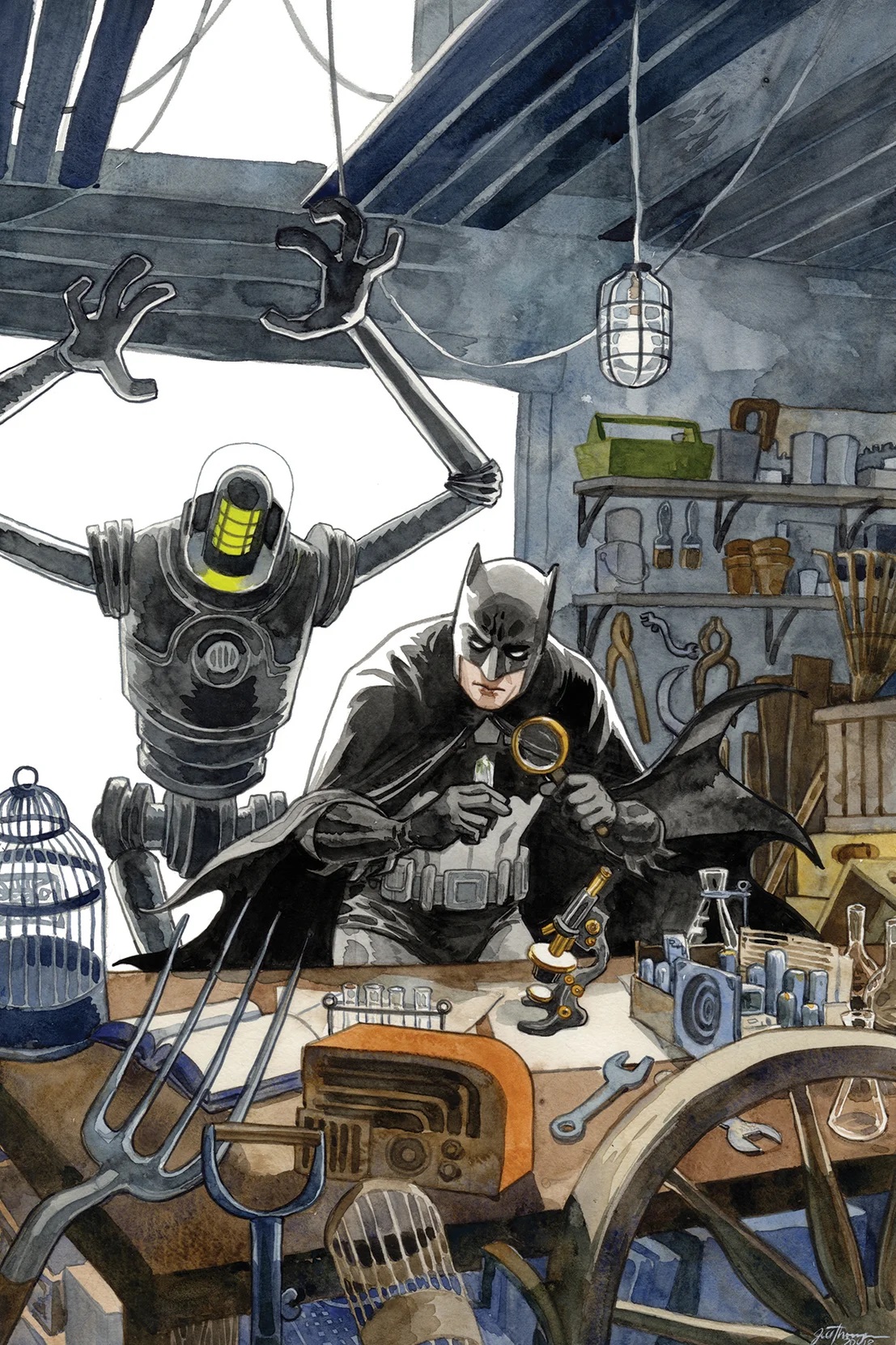 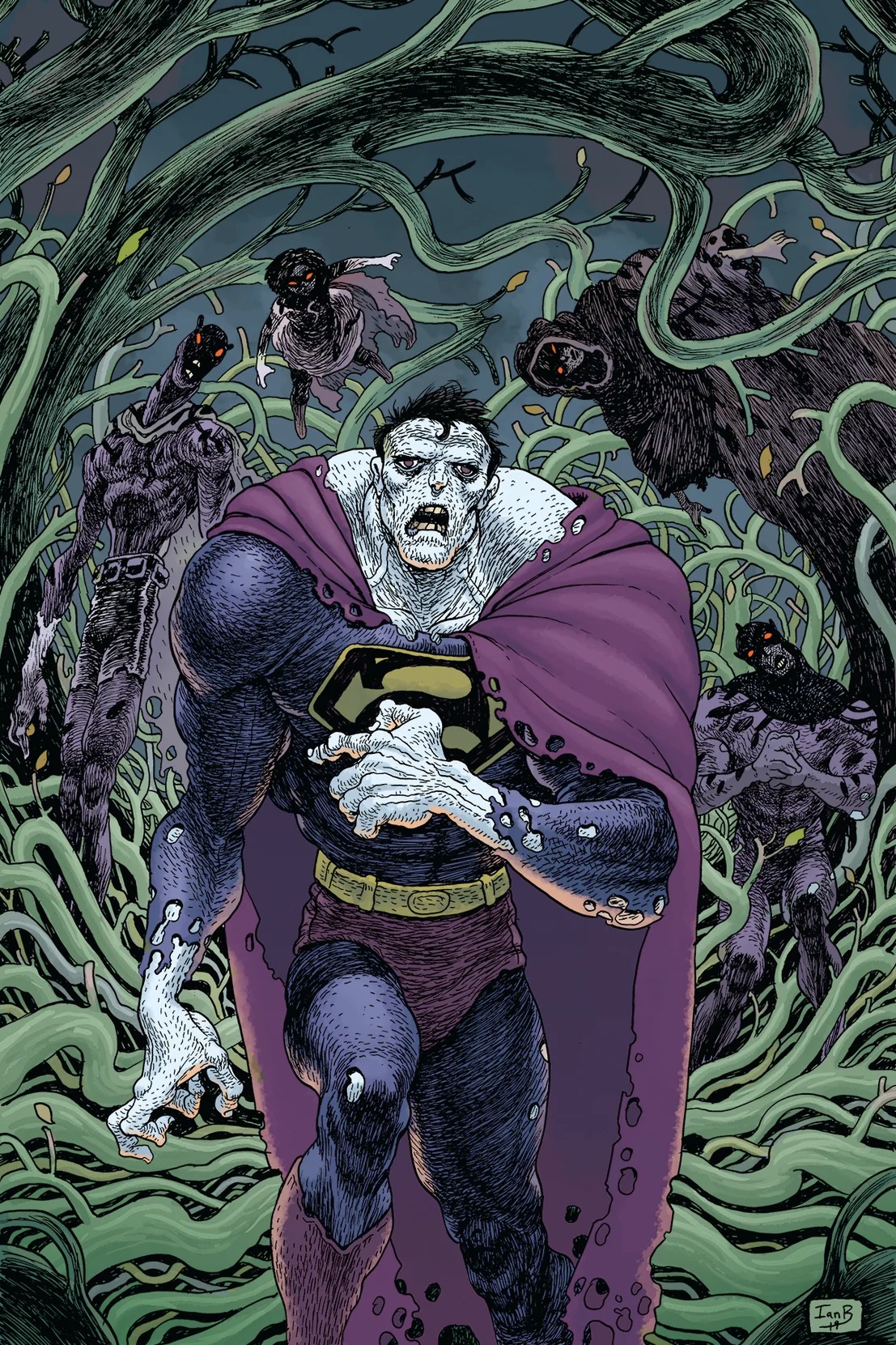 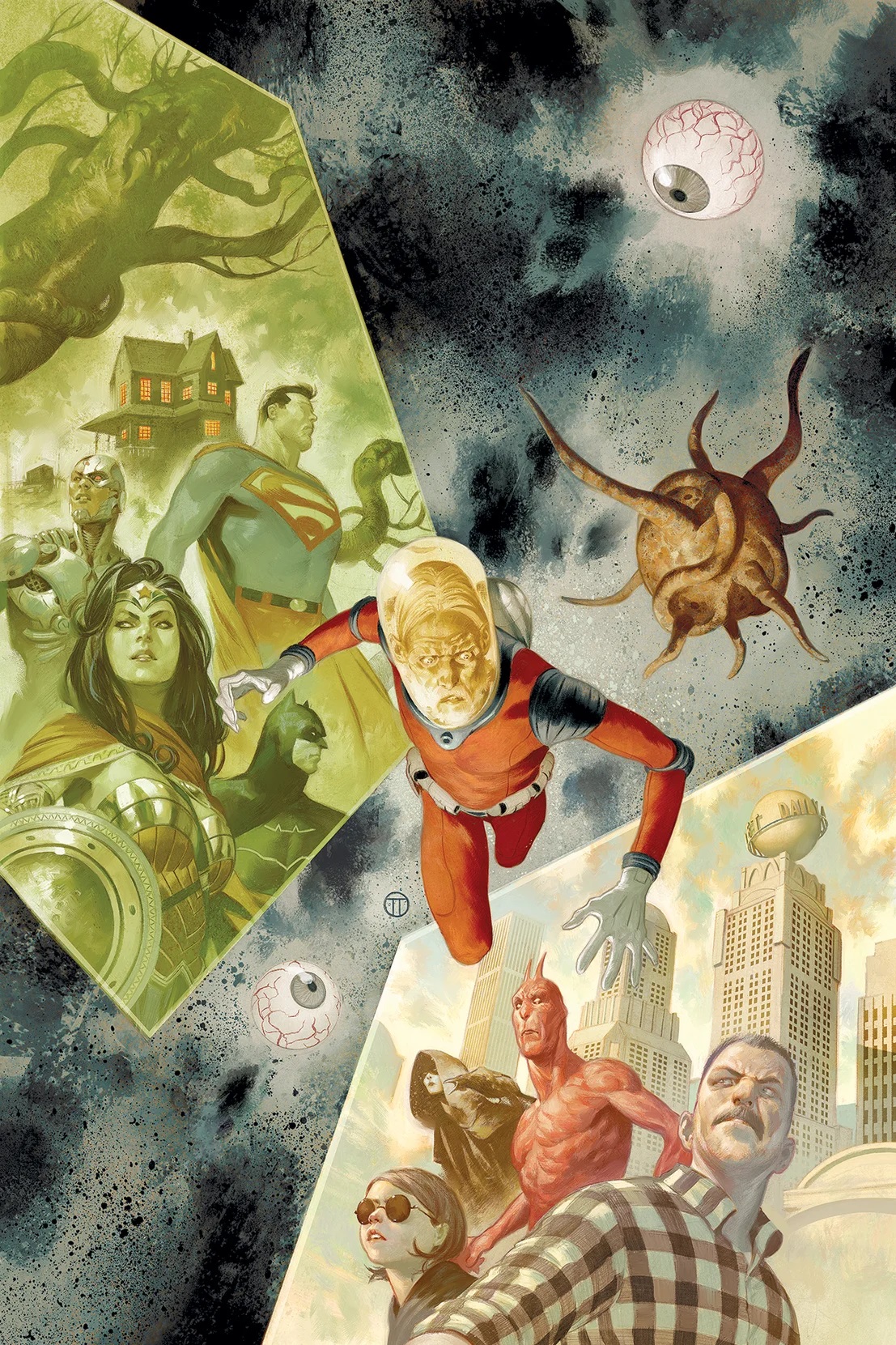 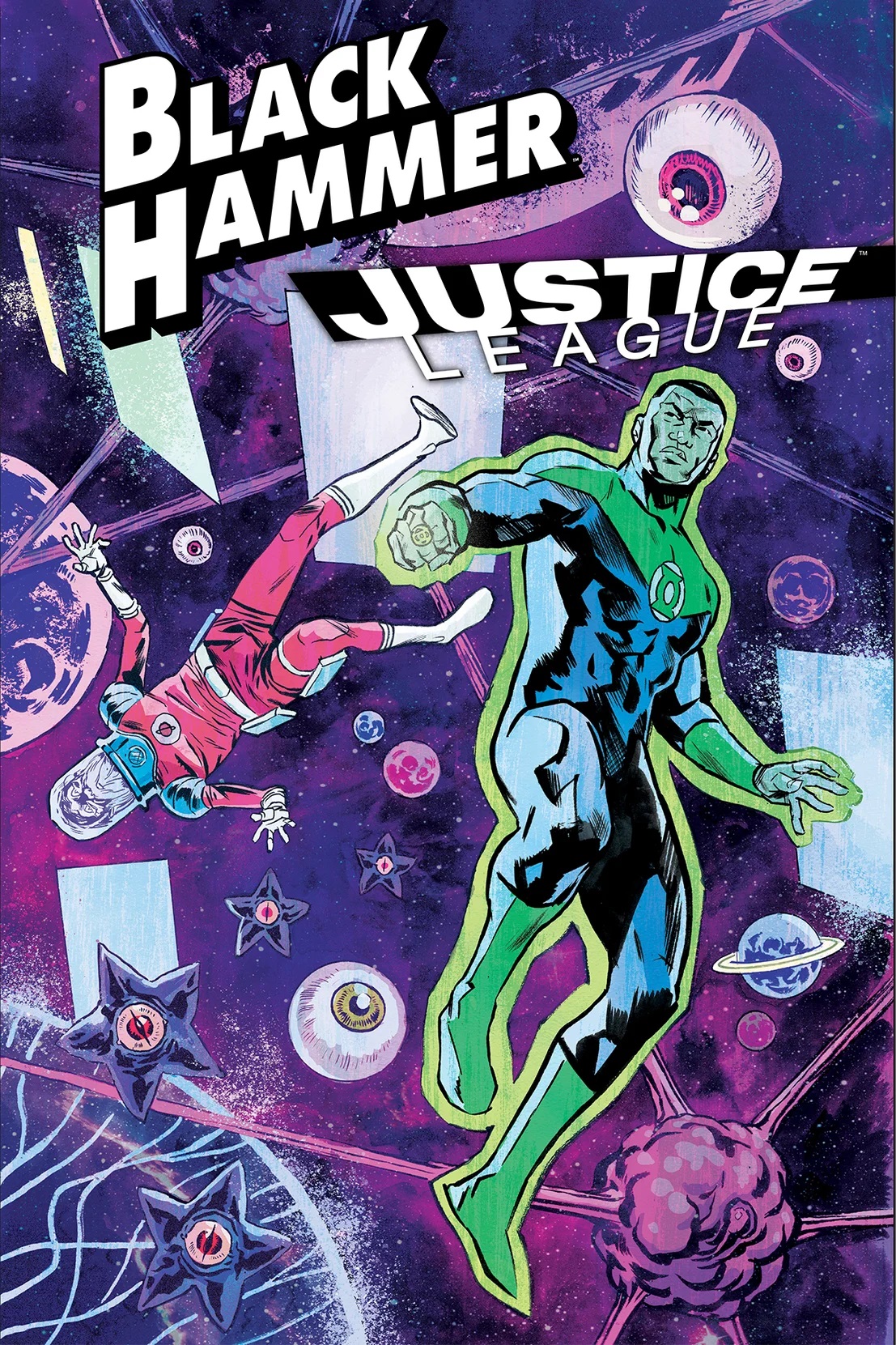 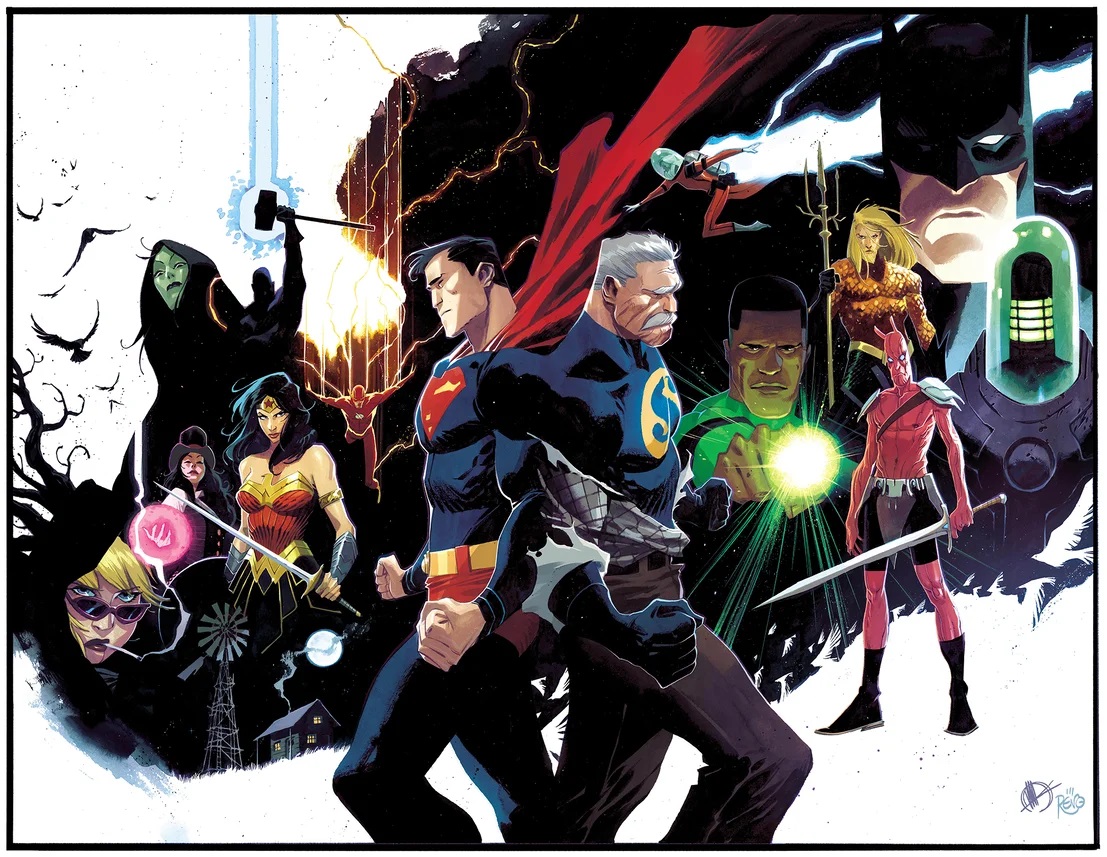 Black Hammer/Justice League #2 opens up giving us quite honestly the Bruce Wayne we know and love. The world they’ve been sent to is a small town in a peaceful and quiet farmland. Yet here’s Bruce patrolling in a pickup truck. The scene is absolutely hilarious because it really showcases the Batman we all know and love, the one who always has a plan and is always waiting for the hidden trap to spring. Everyone on the Justice League side is dealing with the upturn of their world the best way they can. There are some really good moments portrayed here.

On the flip side the guys and gals from Black Hammer are meeting the villains our Justice League normally has to contend with. They handle themselves quite well until the remaining members of the League arrive and start to question what happened to their teammates. Meanwhile, poor Randall is in space dealing not only with the Green Lantern Corps but he also has a hilarious encounter with the Bizarro brethren. 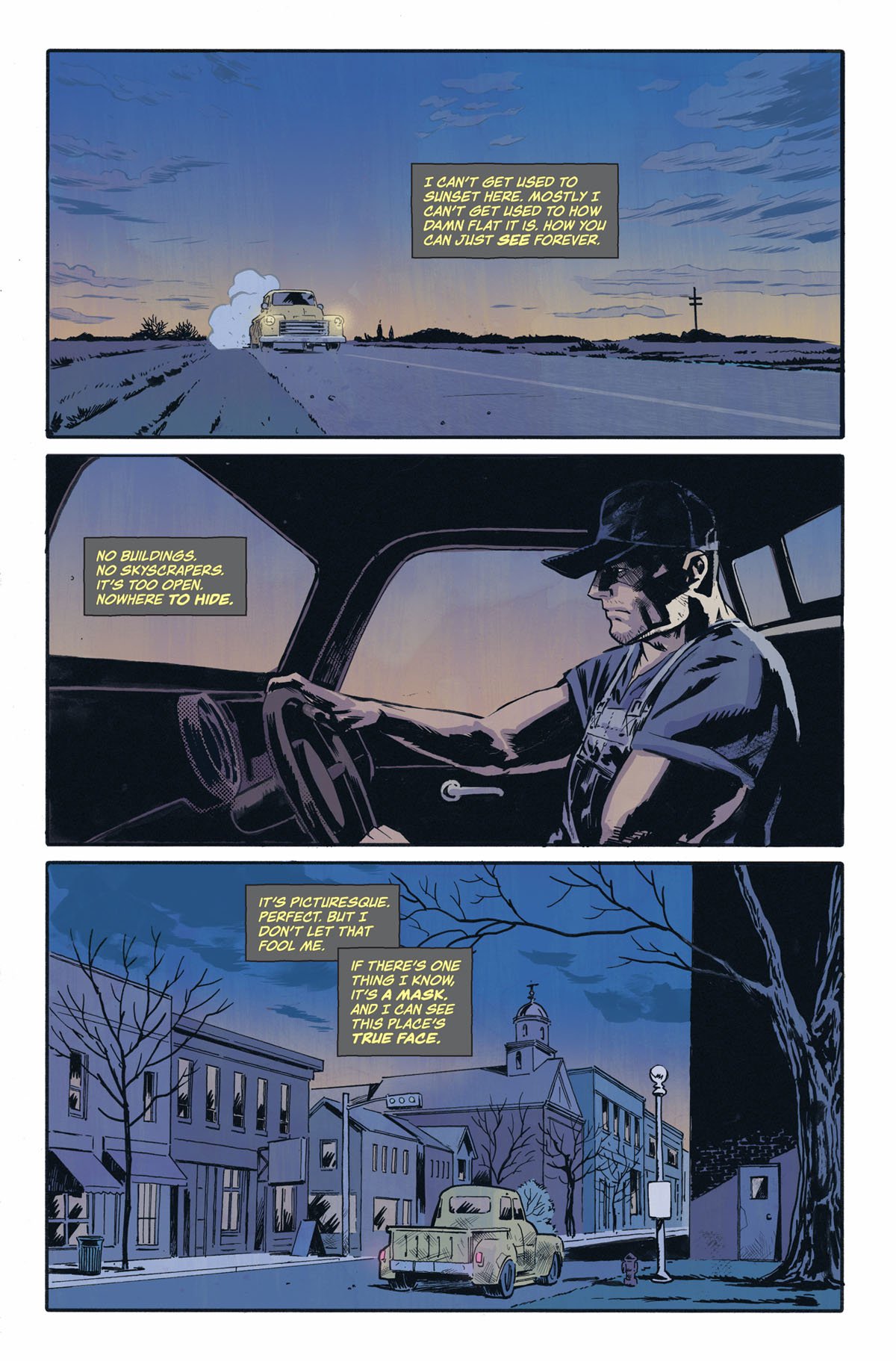 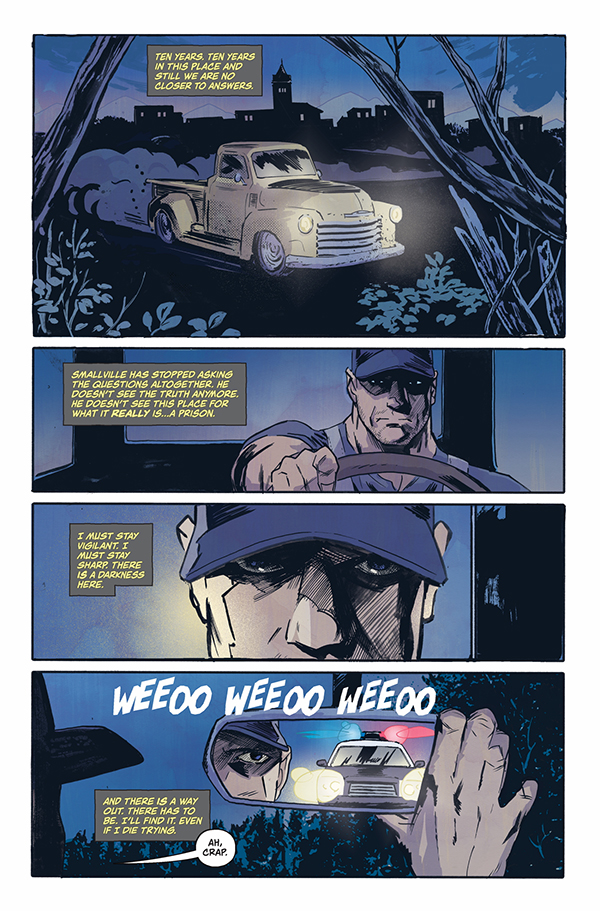 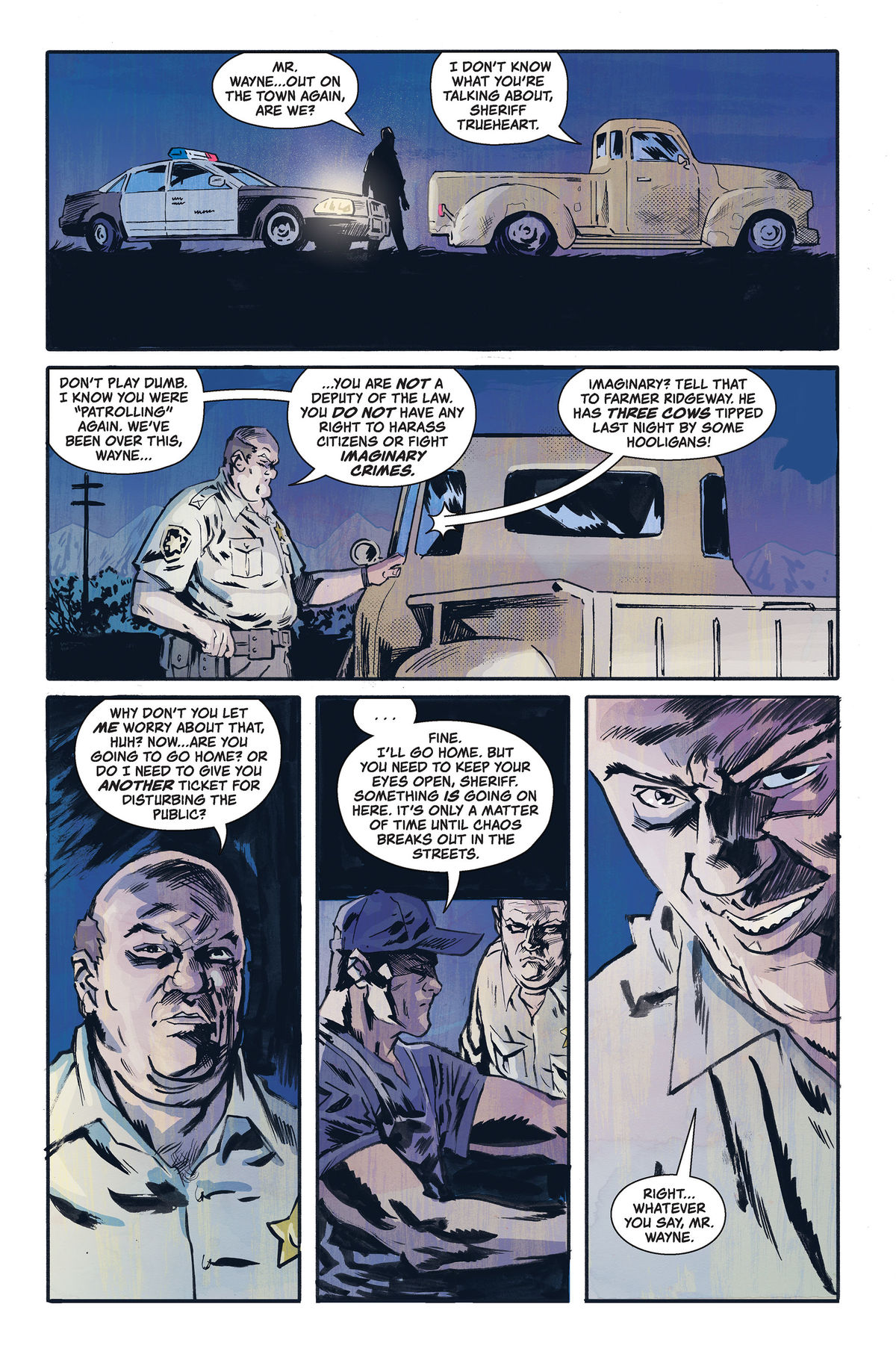 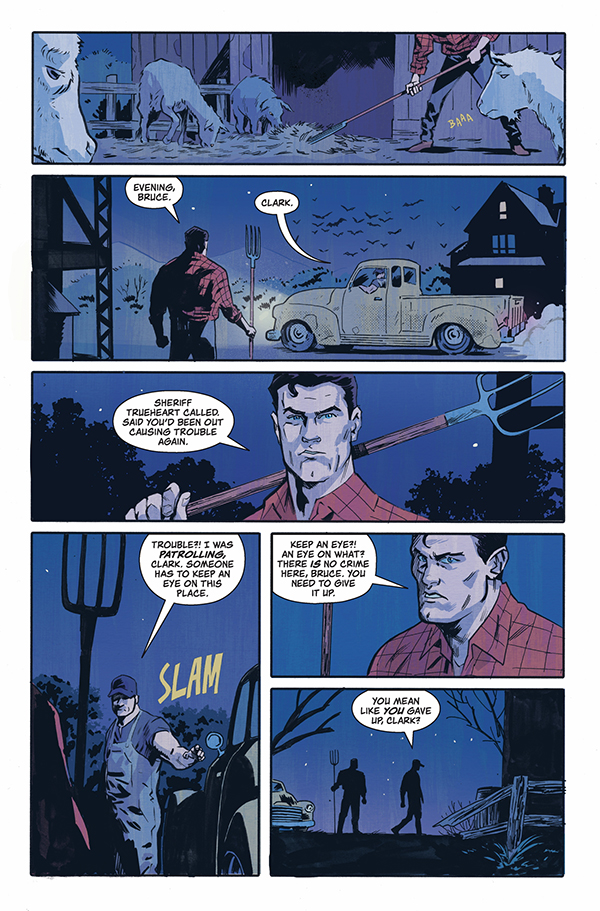 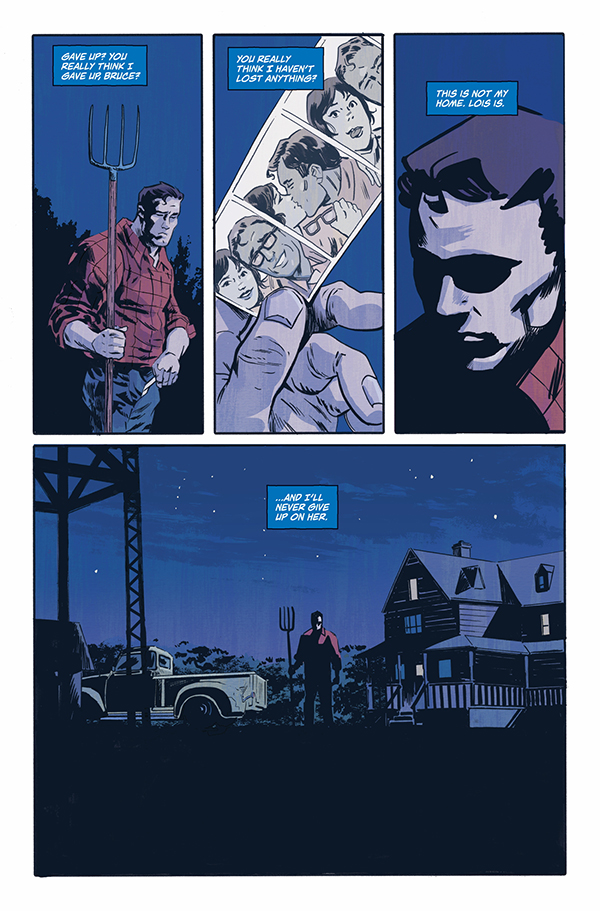 Everyone Knows Martians Are Red.

One of the great things about this book that has drawn me in is, not only meeting the team of Black Hammer and enjoying their personalities, but also getting a glimpse as to how each of the Justice League members are taking the change and adjusting to the differences of a new world for ten years. The man in the purple suit said they were getting a vacation, but all roads lead the other way. It’s like a twist in a Stephen King novel, you just keep waiting for the other shoe to drop. One of the best moments of the comic is definitely the end scene between Cyborg and Diana. Their conversation speaks volumes, and honestly it was almost a real interaction. I was literally hearing the conversation as I read it, and it was so sad.

This team has done amazing things so far with this series, the slow build is agonizing but the attention to detail in Black Hammer/Justice League #2 is killer. The way each character is brought to life in words and form is sheer perfection, and I cannot wait to find out just what happened to cause one Leaguer to be missing from the story completely. Jeff Lemire and Michael Walsh have done an astounding job of making an entertaining comic, and I look forward to what’s still to come.