“Hammer Of Justice” – Part One 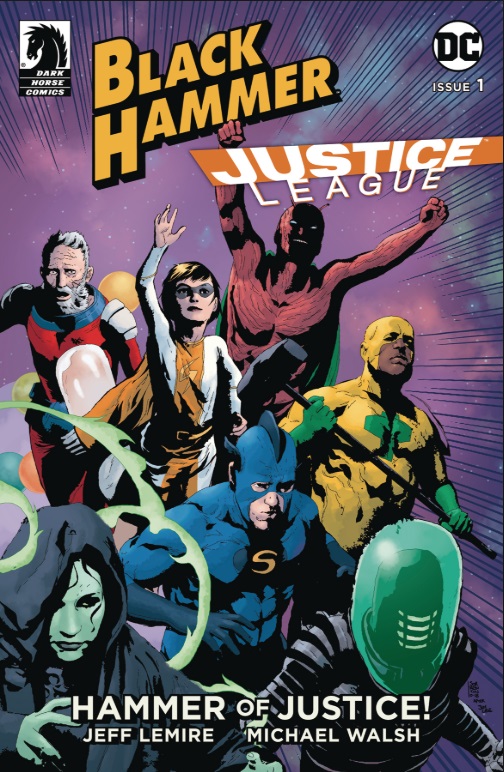 What The Hell Did You Do To My Tractor?

In Black Hammer/Justice League #1, the first issue of the crossover between Dark Horse’s Black Hammer and DC’s Justice League, we get exactly what we would expect; a backstory, and a tale. First we meet our new friends from Black Hammer, centering on Abe Slam, who is not all he seems to be, and neither is his band of snarky, smart aleck friends. We have Talky Walky, Barbalien, Gail, Colonel, and Dragonfly. Add in the Justice League and shake well for best results.

Legends, And Rightfully So

In the beginning we meet some of the main players from the Black Hammer gang, learning that each is unique, and all of them, including Abe, are legends in their world. Hit by a cosmic event they were ripped from their home and, while some like Abe Slam are adjusting well to hidden life, they’ve been gone for over ten years. Not all of them are happy here in this new world where they must hide who they are. They just want to go home. 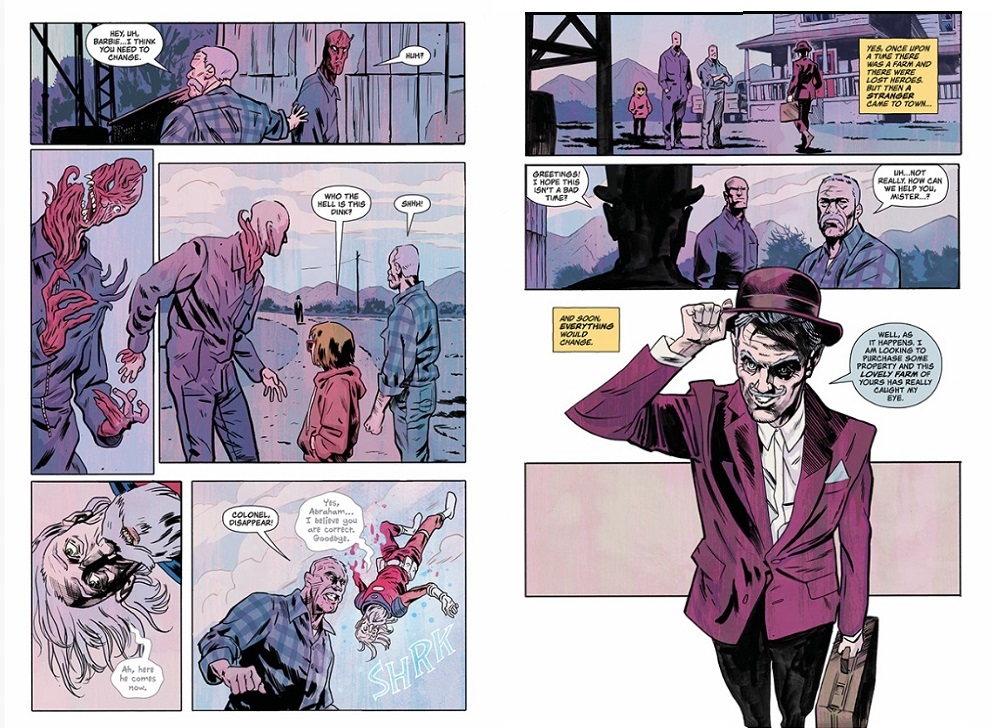 Elsewhere, our heroes in the Justice League are fighting Starro. Superman, Wonder Woman, Batman, Flash, and Cyborg, all working to save the citizens and the city. Everything seems to be building up to utter chaos as the narrator lets hints drop.  Wonder Woman senses that something is just not right with what is happening.

Enter the same strange man in the purple suit.

From there the issue starts to show us mirror images of our two sets of heroes. Both sides start to see something is wonky and they become wary. The man doesn’t give his name, but tells each side that he is going to grant them their greatest desires. For our heroes from Black Hammer, they’re getting off the farm, and for our Justice League brethren a much deserved vacation.

Thus the two teams have switched journeys and existences. As we all know, every wish comes with a price. Whether or not either side is going to be up for the challenge remains to be seen, but if this first issue is anything to go by, I really want to see what happens next! 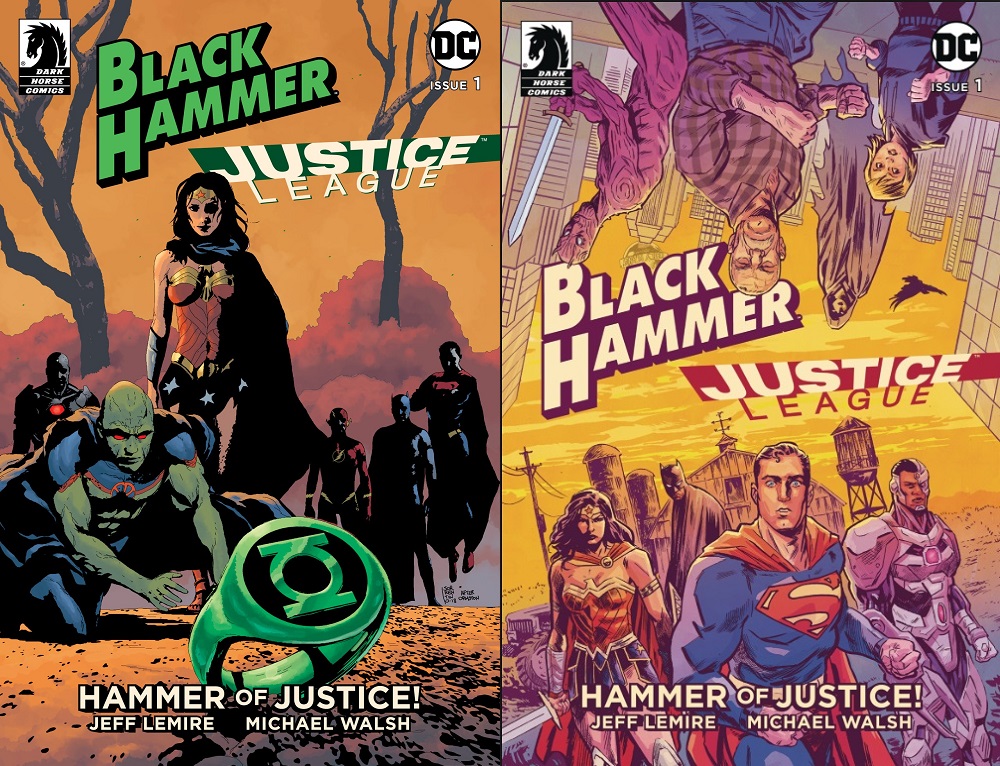 Jeff Lemire’s writing for this issue is quite stunning, I felt myself thrown back to books like Marvels and Kingdom Come as references. Especially when we have the artwork by Michael Walsh and the lettering by Nate Piekos. These two talents come in and make the book come to life. It remains to be seen if the entire story will hit the same notes, but this one definitely has the potential, if it chooses.

There are a few scenes that are heart wrenching and some that are hilarious. Gail and Colonel hit me the hardest from the Black Hammer team and Wonder Woman got me at the end for the Justice League. There are moments here that hold the attention and absolutely make you want to know more.  Not only about the story, but the characters as well. This was a beautiful lead in. I give it a solid ten out ten for everything merging so well together and hitting the right chords.

Josh Gad Confirms He Is Not The Penguin