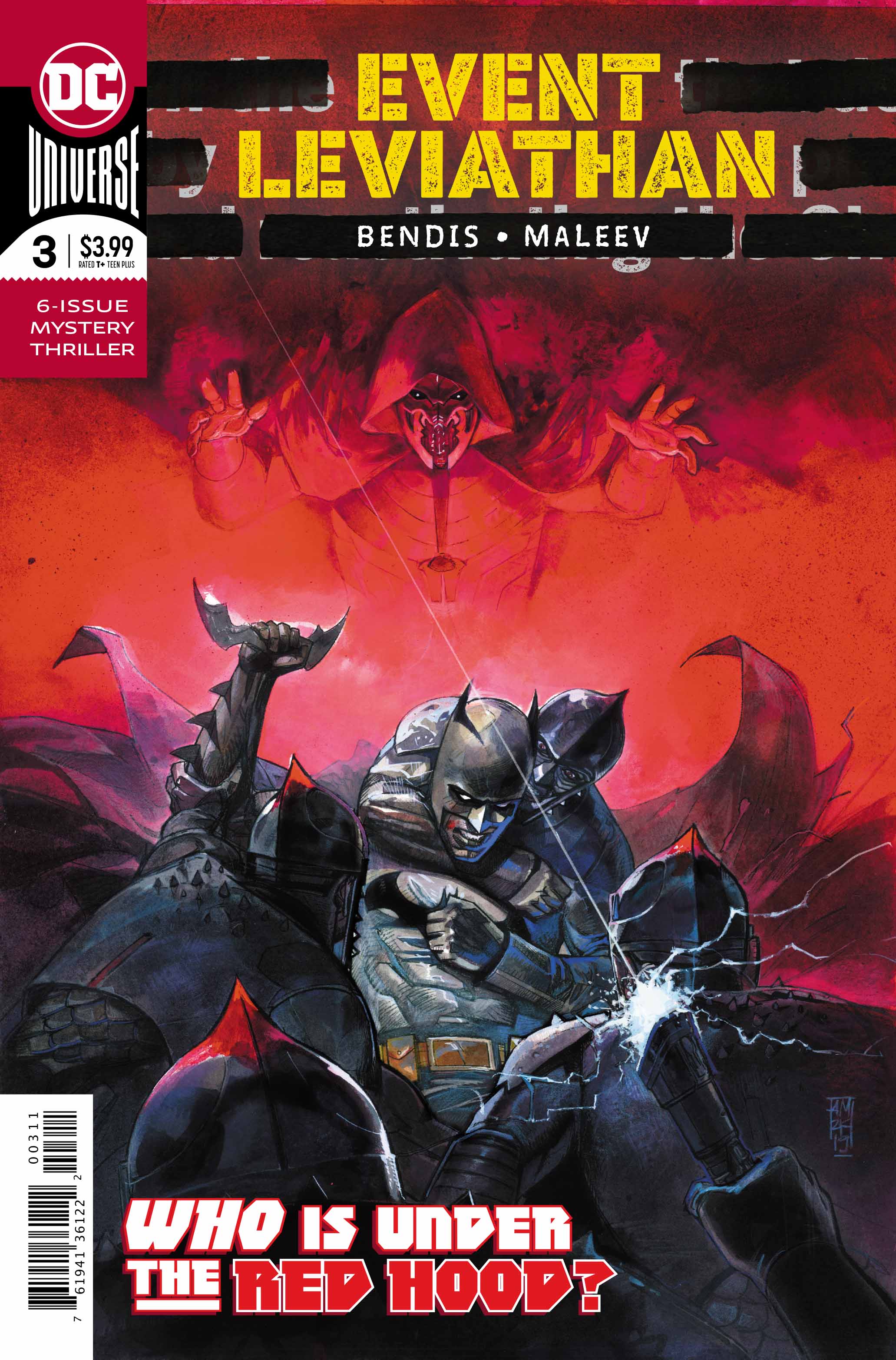 While Red Hood is on the run from Batman, Amanda Waller finds herself in a world of trouble, as Bendis and Maleev deliver a heart-pounding issue in this week’s Event Leviathan #3.

Currently, DC’s spy world is in absolute turmoil. Talia al Ghul has lost control of Leviathan to a mysterious usurper who has managed to dismantle DC’s major espionage organizations such as Spyral, ARGUS, and the DEO. In Event Leviathan #2, Batman and a team of recruited detectives confronted their first suspect, Jason Todd (aka Red Hood).

Event Leviathan #3 picks up right where the last issue ended. Batman and his team have regrouped at the Fortress of Solitude to discuss the Red Hood debacle. Through a series of flashbacks, Bendis and Maleev recount the pursuit of Jason Todd, who eventually escaped. The team then shifts focus to the unknown location of Amanda Waller who was last seen at the Fortress of Solitude. The issue ends on a cliffhanger, as Waller is confronted by Leviathan at her secret hideout in an unnamed desert. 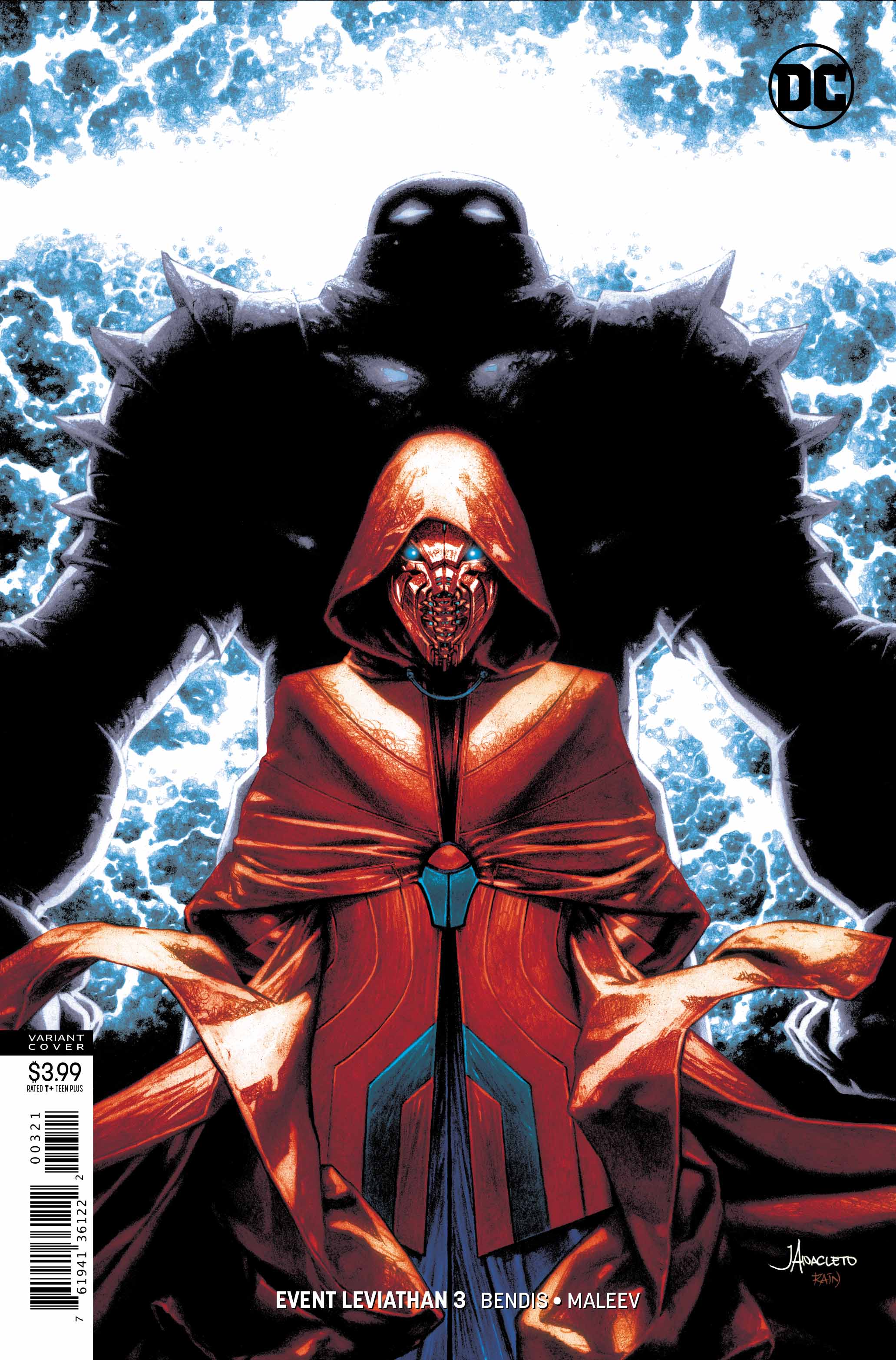 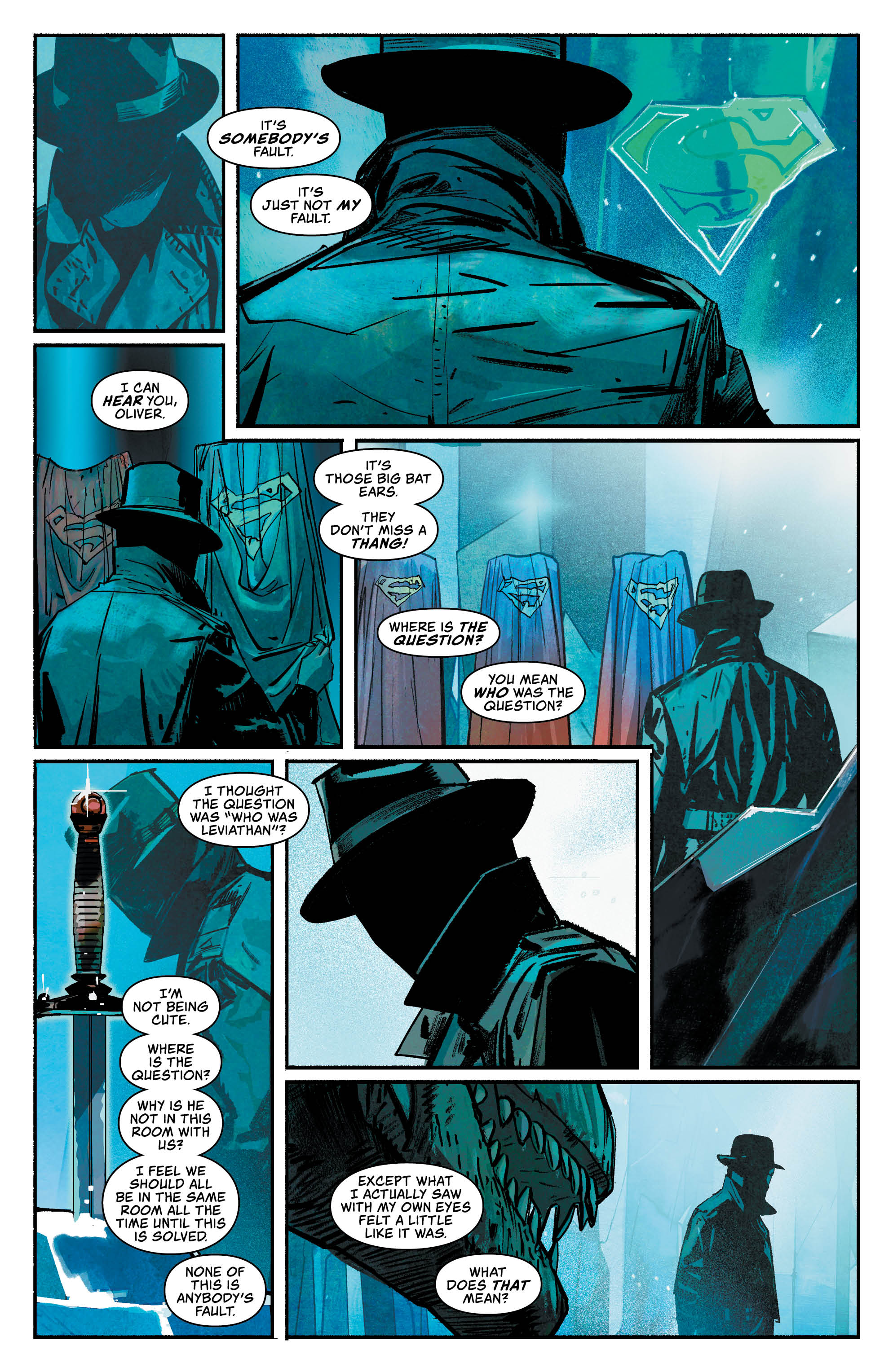 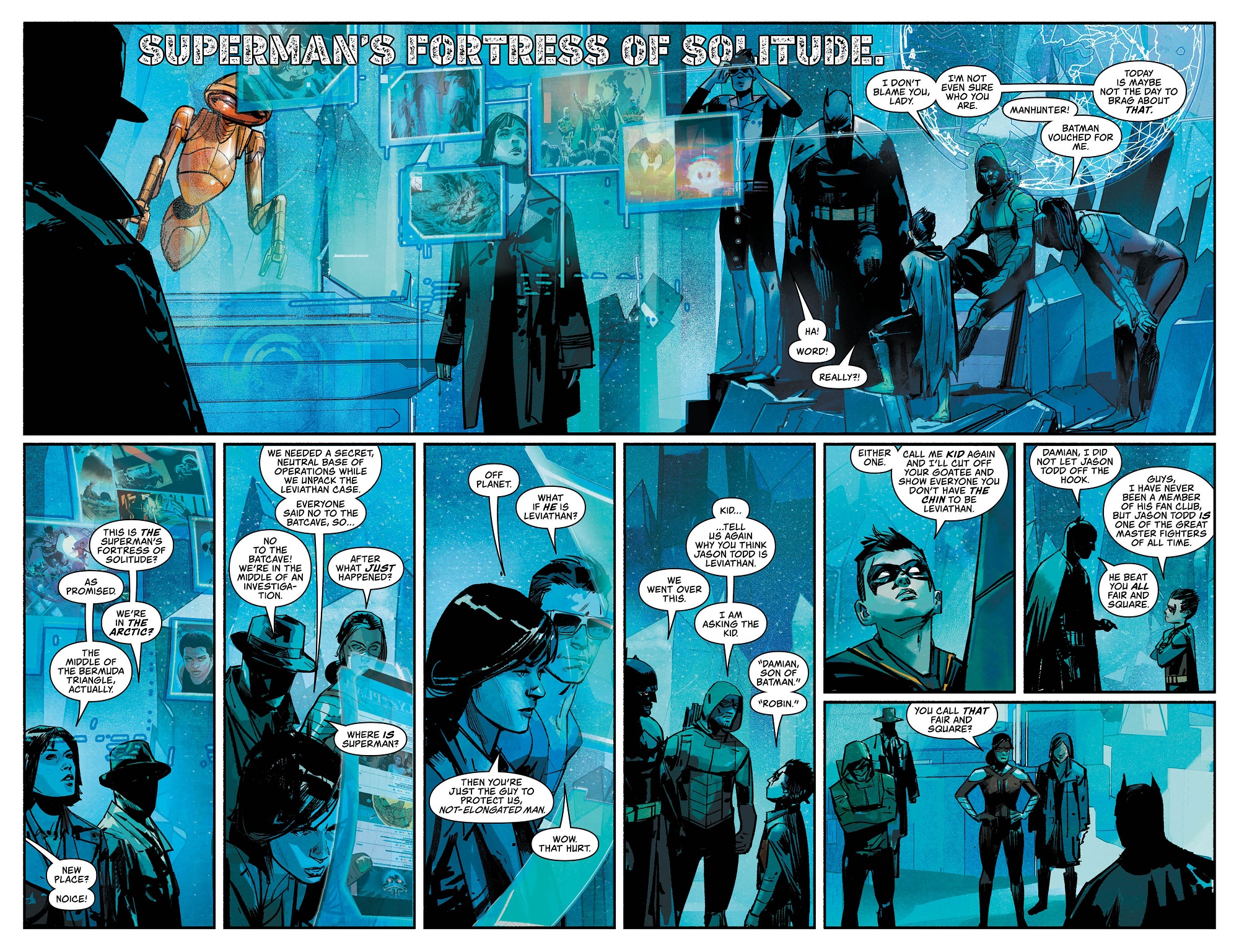 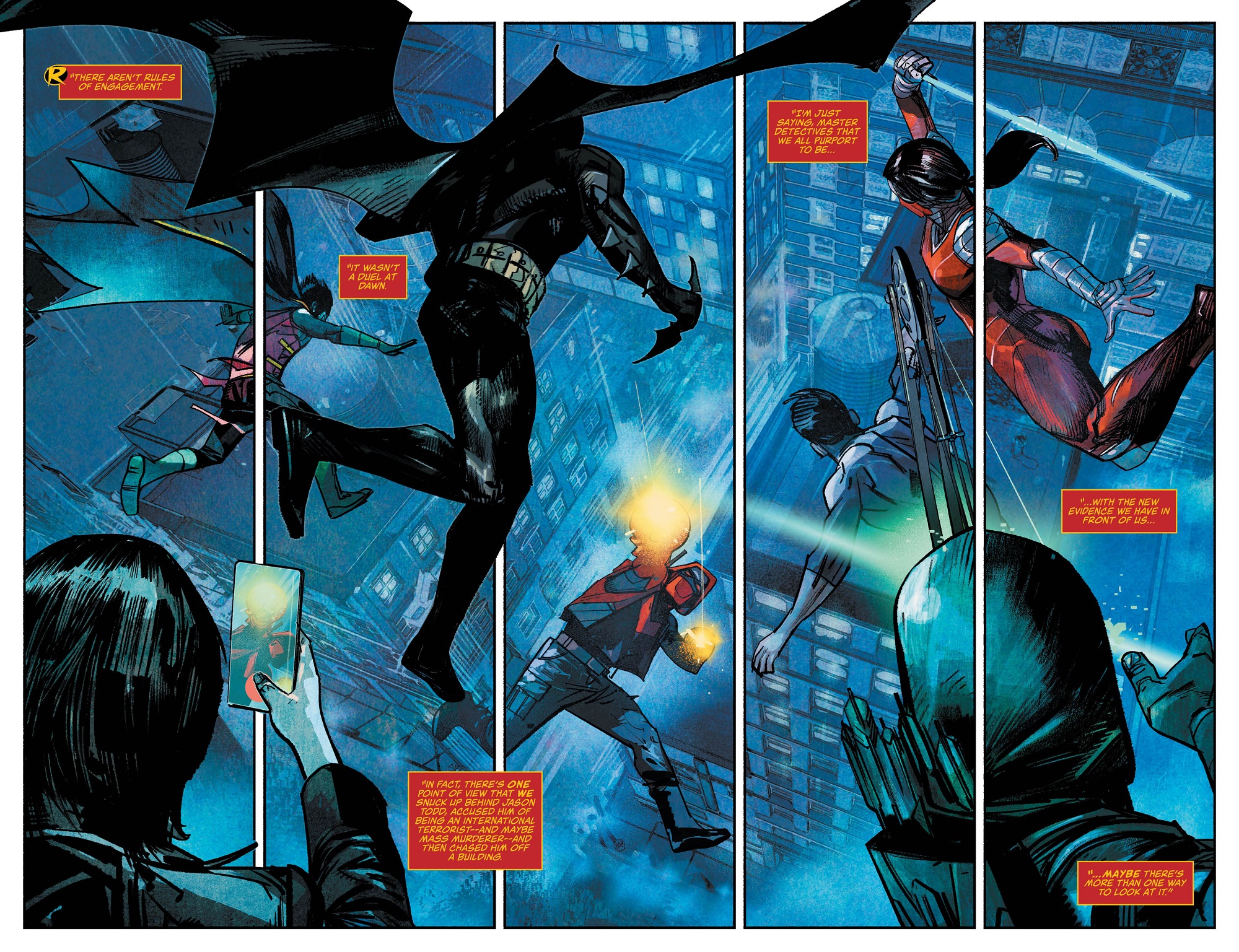 The strongest element of Bendis’ script is how he structures the narrative. For the first two thirds the issue, he weaves together two different scenes: the meeting at the Fortress of Solitude and the pursuit of Jason Todd. As the writer bounces us between sequences, he provides context for each one. By doing so he keeps the reader’s attention, adding context and insight to unfolding events. This choice is incredibly effective, as Bendis manages to avoid relying too heavily on either spectacle or dialogue to propel the narrative of this series. Essentially, Event Leviathan #3 is well-paced, never losing the reader in the weeds of its central mystery.

Alex Maleev’s action sequences are absolutely stunning. The Jason Todd portions of this issue are a tour de force in comic book art, as Maleev juggles multiple characters in chaotic scenes with ease. The most impressive moment in this issue is when Maleev uses a fifteen-panel grid system to depict various characters tussling with Todd while free-falling. Each panel captures a brief action following by a reaction. The sequence crescendos to a conclusion on the following page. Maleev’s event sequencing is dynamic and powerful, adding a sense of energy to Bendis’ already fantastic script.

Event Leviathan #3 is a major improvement over last month’s installment. In fact, it’s a borderline perfect issue. Bendis’ script is engaging, as the mystery around the Leviathan character continues to grow. Maleev’s art is in a league of its own, capturing both the tone and immediate nature of the script. In conclusion, Event Leviathan #3 is a focused piece that delivers a gripping story that will leave the reader excited for next month’s issue.