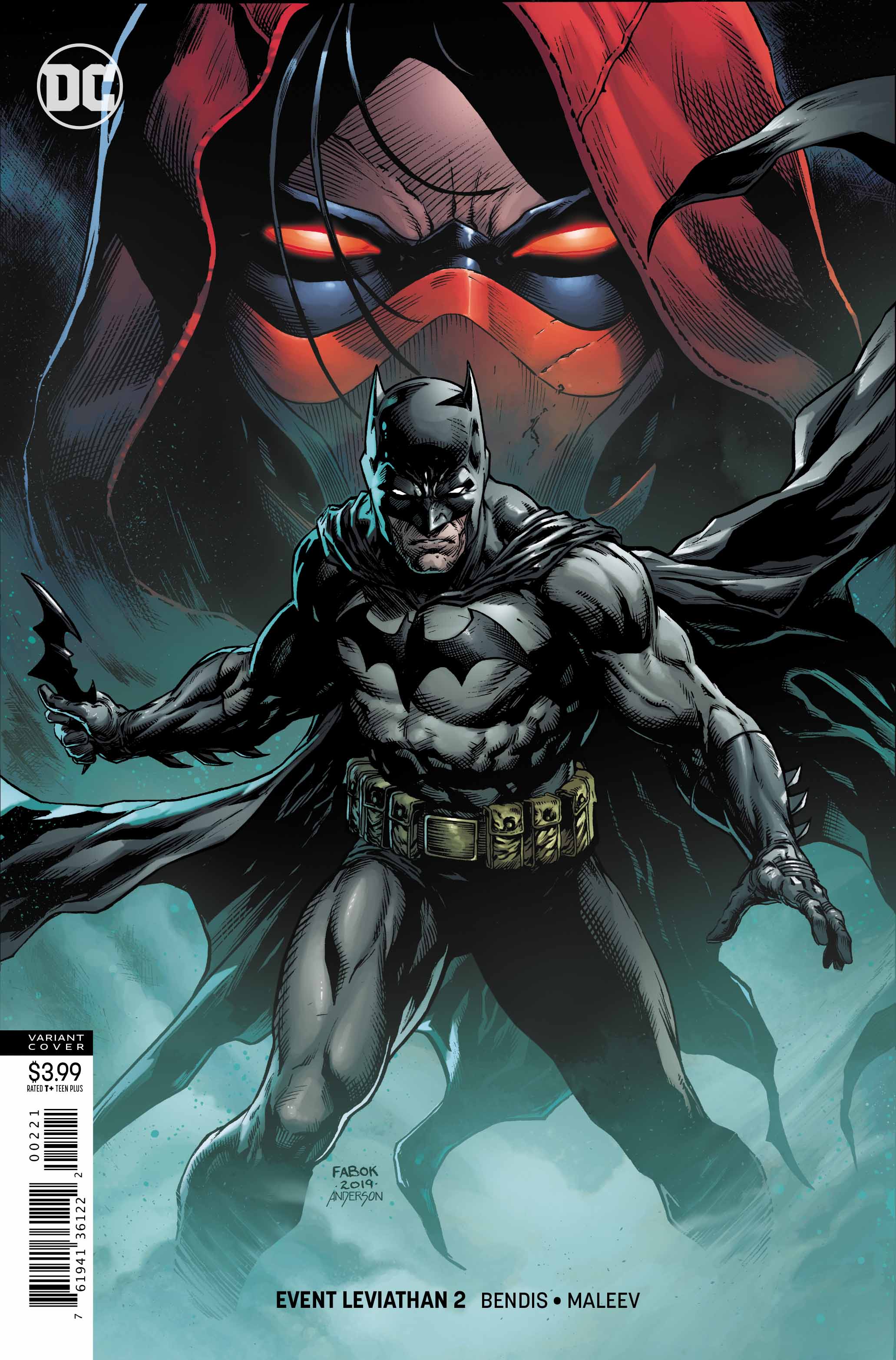 The plot thickens in Event Leviathan #2, as Batman and his team of detectives set their sights on their chief suspect.

A mystery person has taken over Talia Al Ghul’s Leviathan organization, plunging DC’s espionage world into absolute chaos. After dismantling every major spy organization, Leviathan has managed to destabilize the international order. Last issue, Batman recruited a team of the world’s greatest detectives, including The Question, Plastic Man, and Green Arrow, in an attempt to uncover the identity of Leviathan’s new leader.

The story’s framed around a conversation between Batman and Jason Todd, as the Dark Knight briefs his former protege on the Leviathan investigation. During their conversation, the issue cuts to flashback scenes of The Question and Plastic Man interacting with Leviathan agents. Ultimately, the issue ends with Batman and team closing in on a suspected culprit.

Did I Miss Something?

So in order to understand my qualm with Event Leviathan #2, I need to pull back the curtain a bit. As a contributor for Dark Knight News, I have access to EVERYTHING DC publishes week to week. Therefore, I am absolutely certain that Bendis has skipped over some plot beats in his script, only to have them summarized on the recap page.

During the opening pages of the book, Batman offhandedly mentions to Jason Todd that Green Arrow and Batgirl were in a building attacked by Leviathan. After reading about this attack, I immediately assumed that I missed a crossover or tie-in issue. So I spent some time scouring a couple of months’ worth worth of back issues, looking for the aforementioned attack, only to find it in the Year Of The Villain FCBD one-shot special. Most readers don’t have the same resources that we do.

In short, the opening of this issue could have been very confusing. Bendis chose to focus the story on the mystery surrounding Leviathan’s identity. To a certain extent, I understand this, as DC billed Event Leviathan as a mystery; therefore, all other plot beats must directly contribute to unpacking the enigma. Nevertheless, Bedis’ choice to drop the reader smack in the middle of an unfolding event with minimal context was, in my opinion, poor storytelling. A simple flashback to the events, explaining why Oliver and Barbara where in the aforementioned building when it exploded, would’ve sufficed. 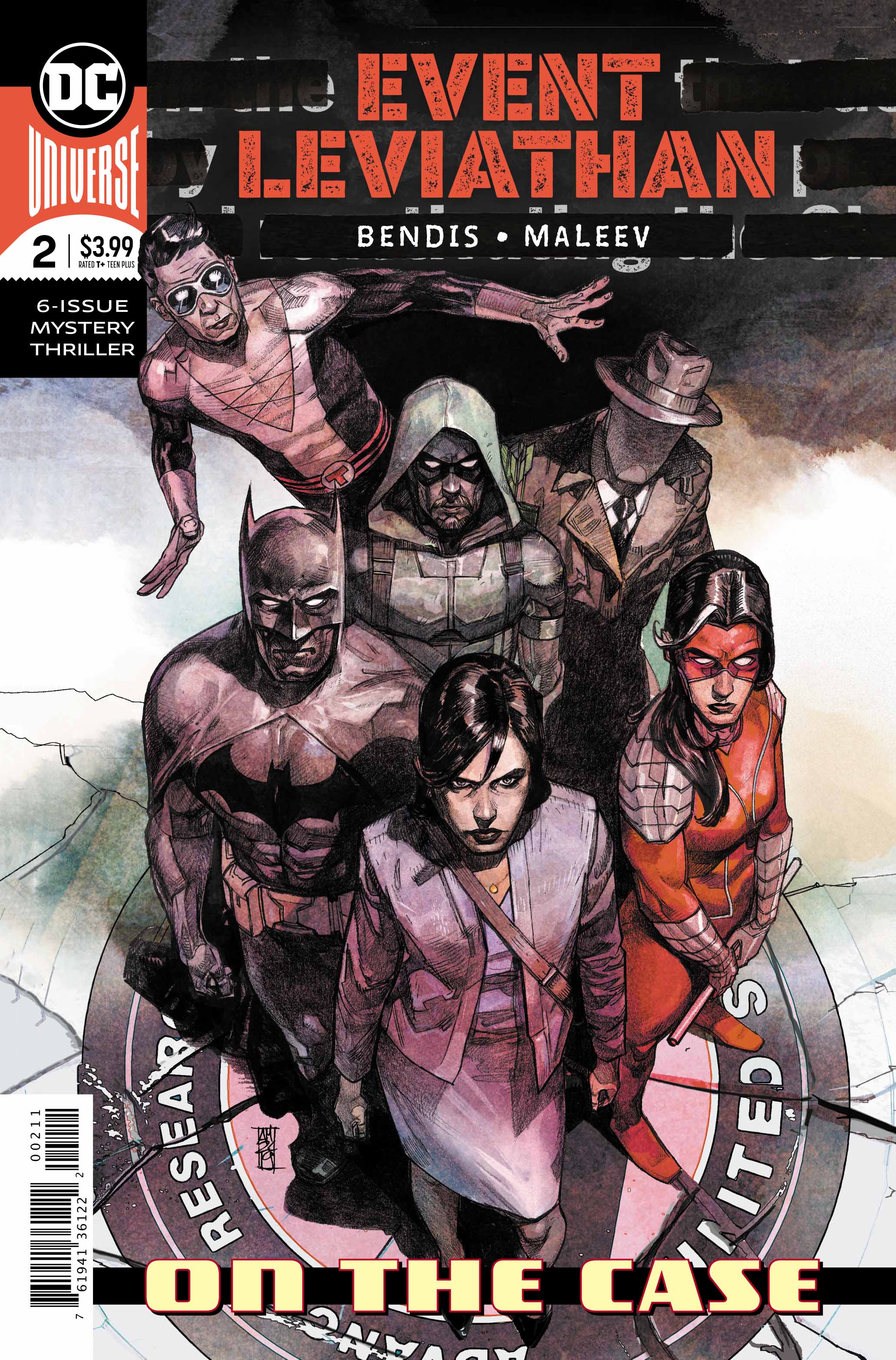 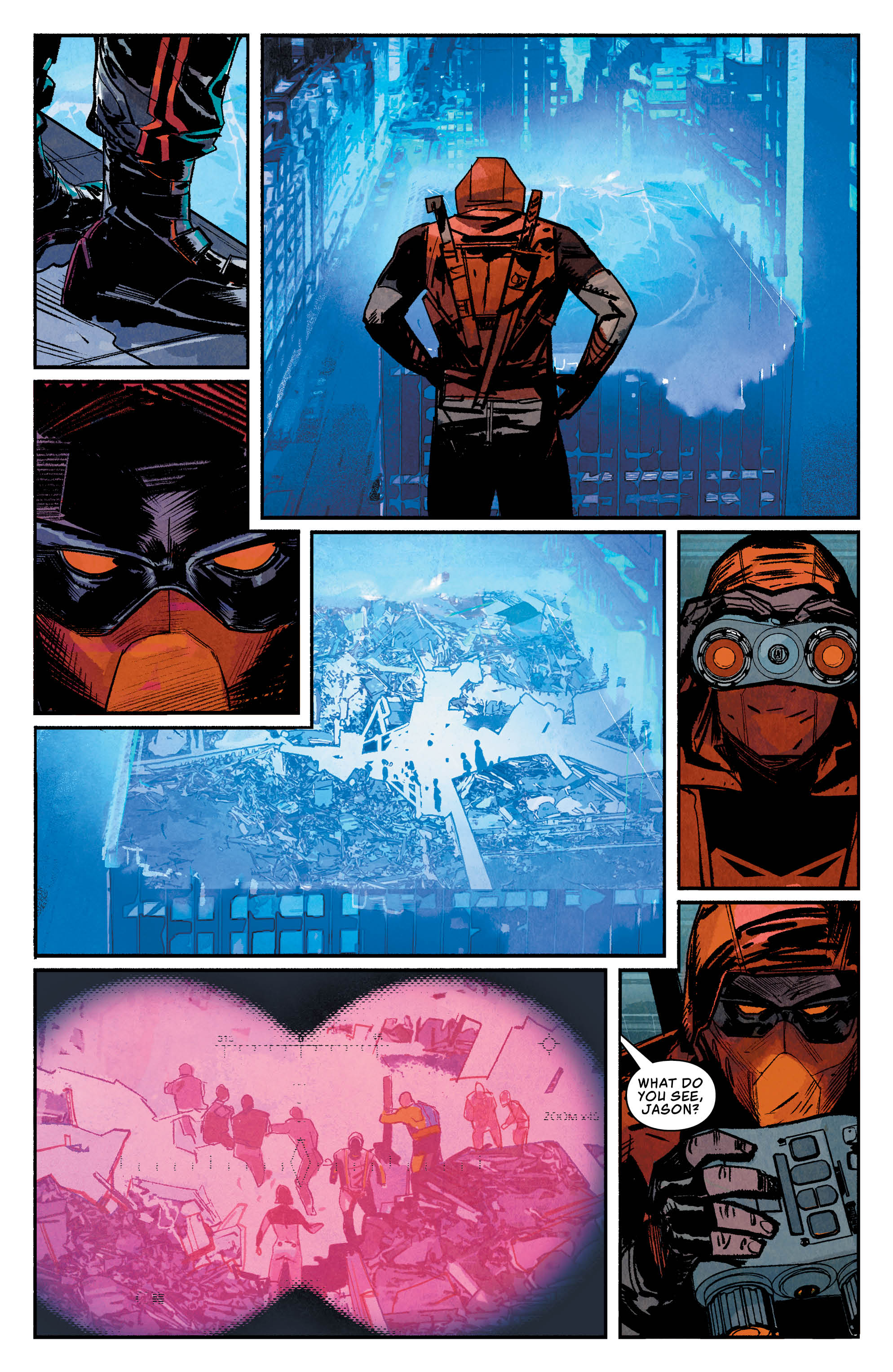 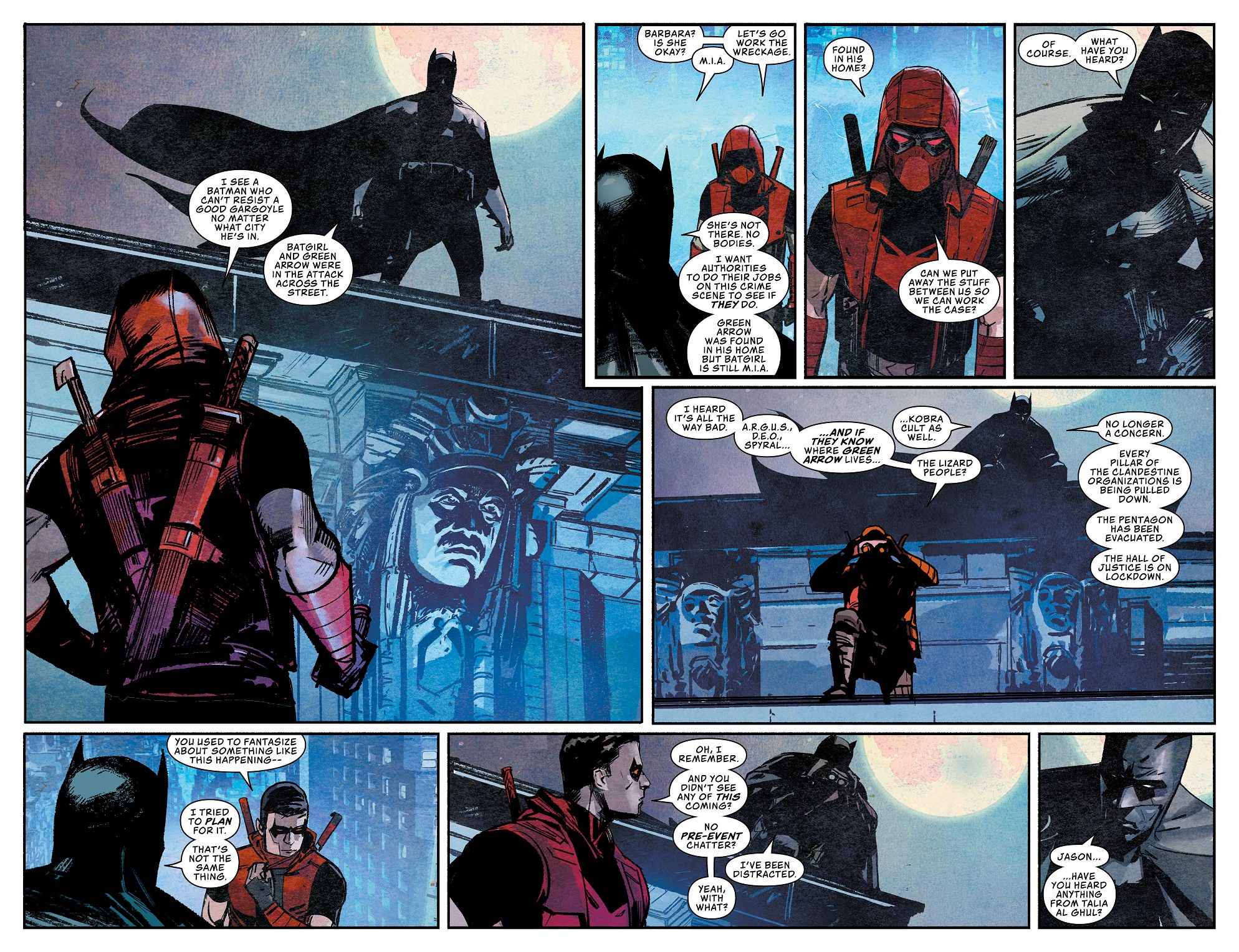 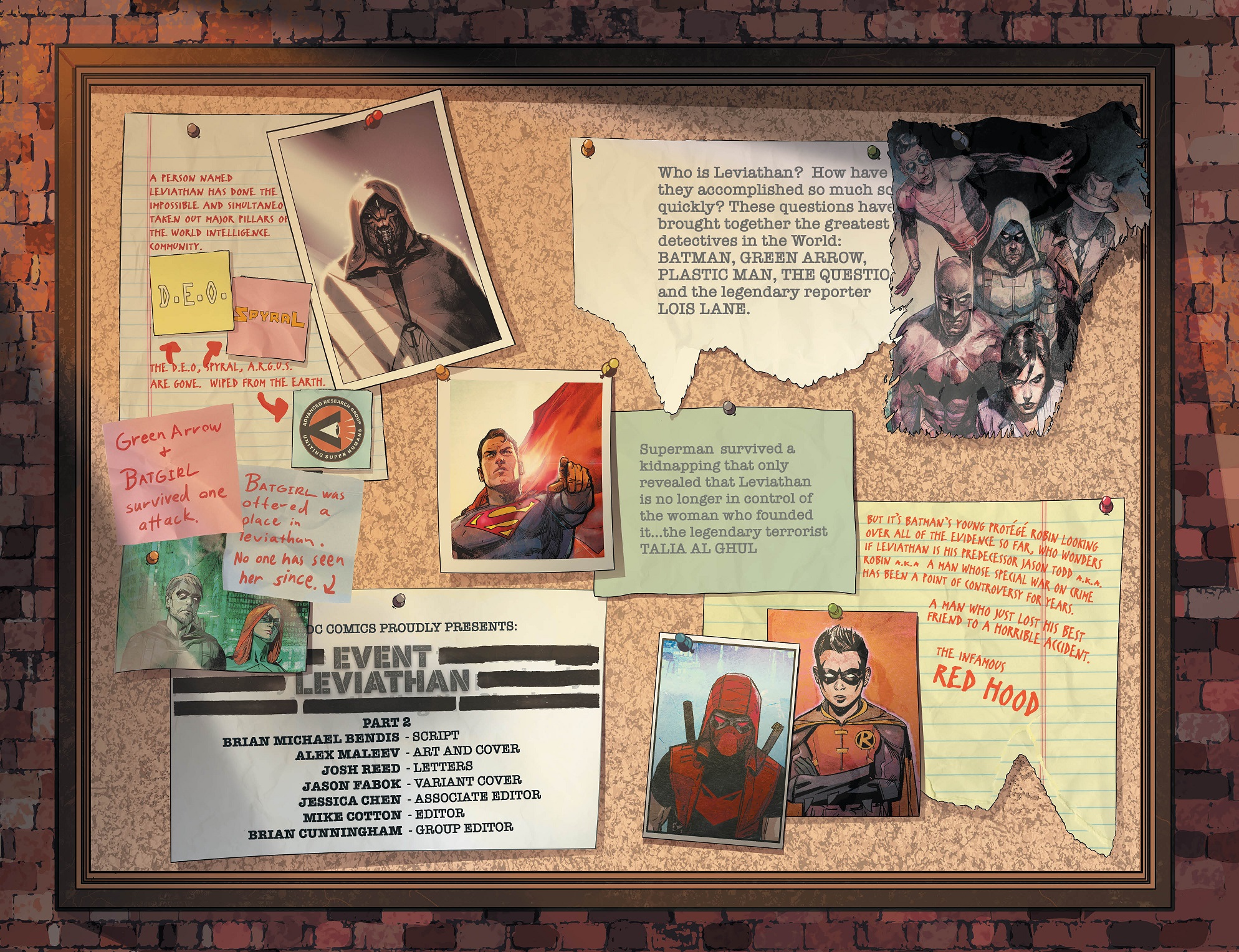 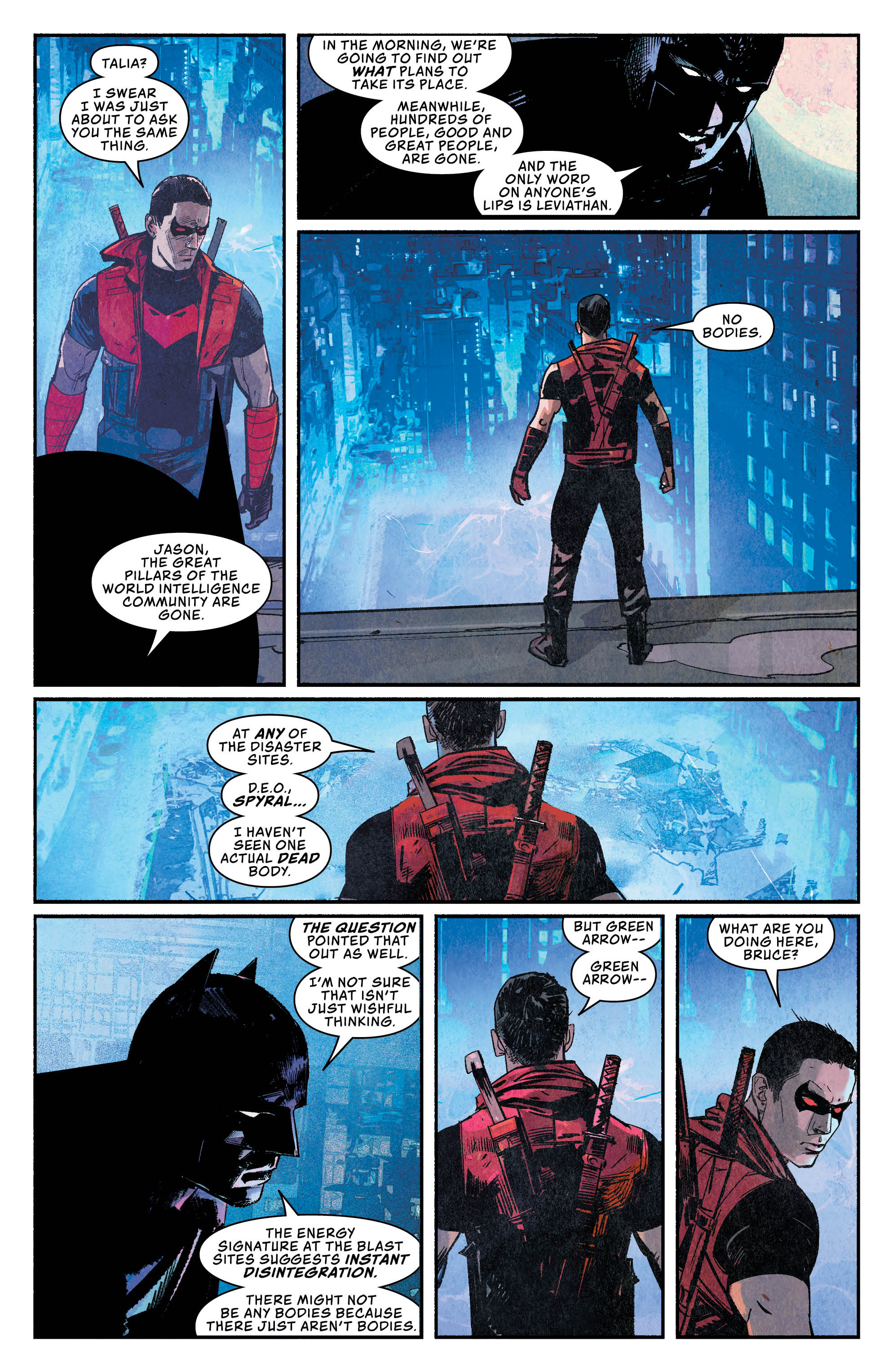 Alex Maleev’s art is absolutely stunning. In the past two issues, Maleev is credited as the sole Artist, which means he is responsible for pencils, inks, and colors. Therefore, he has complete control over the aesthetic of this title. In many ways, his work is similar to someone like Francis Manapul, whose work is at its best when he’s allowed to cut loose. Maleev has a very distinct vision for how his work should be presented, and when given free reign over the art of a title, he delivers impressive results.

While his pencils and inks are gorgeous, what really brings the art to life is his use of color. Maleev’s work really sets the tone for this book. While predominantly working with a blue, black, and grey pallet, he uses warmer colors sparingly in order to create contrast and emphasis. This is grade A+ work, as the art alone is worth the price of admission.

Overall, Event Leviathan #2 is good but not great. It’s obvious that Bendis has a limited amount of pages to tell his story, so, while the tale’s is interesting, I’m hoping that the next issue will better unpack its plot. Bendis has a solid track record as a writer. He knows how to tell a cohesive mystery thriller. He can do better, and I expect him to bounce back. With regards to his partner Maleev, I’m hoping he gets more DC work. This title is stunning, and I’d like to see him on something ongoing.

Final verdict: buy this book if you like pretty art, but don’t expect to be “wowed” by the storytelling.