DC officially announced the Superman: Red Son movie at San Diego Comic Con. During the premiere of Batman: Hush at SDCC ’19, it was announced that the iconic Elseworlds tale will be getting an animated adaptation.

Superman: Red Son was written by Mark Millar and illustrated by Dave Johnson and originally published in 2003. It tells the “what if” story of what would happen if baby Kal-El’s ship had landed in Soviet Russia rather than Smallville, Kansas.

Millar’s inspiration for the story came to him when he read Superman as a child:

Red Son is based on a thought that flitted through my head when I read Superman #300 as a six-year old. It was an imaginary story where Superman’s rocket landed in neutral waters between the USA and the USSR and both sides were rushing to claim the baby.

A Bat In The Soviet Belfry

Of course, Batman plays a role in this Elseworlds tale. Like the rest of the well-established characters in Red Son, this isn’t the same Batman from Gotham City that you know. Not to spoil anything for those who haven’t read the story yet, but we’ll say Batman and Superman are not on the same team in this story. 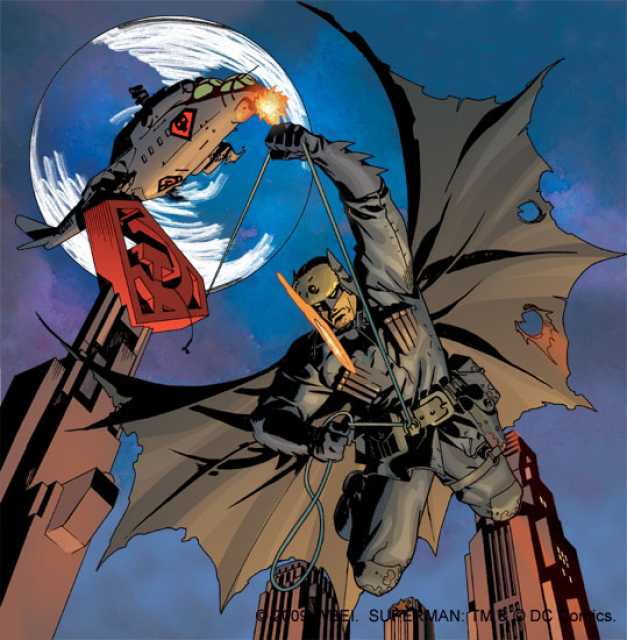 As of now, there’re are no casting announcements, but the film is set to debut in early 2020. DC and WB Animation’s last Elseworlds adaptation of Gotham by Gaslight was excellent, so I am excited for this one.

While Superman: Red Son is still so far away, Batman: Hush is available now on your preferred digital platform and will hit Blu-ray and DC Universe on August 13th.

Are you excited to see Red Son get the animated treatment? Let us know!

‘Titans’ Production Shut Down After Crew Member Killed During Stunt