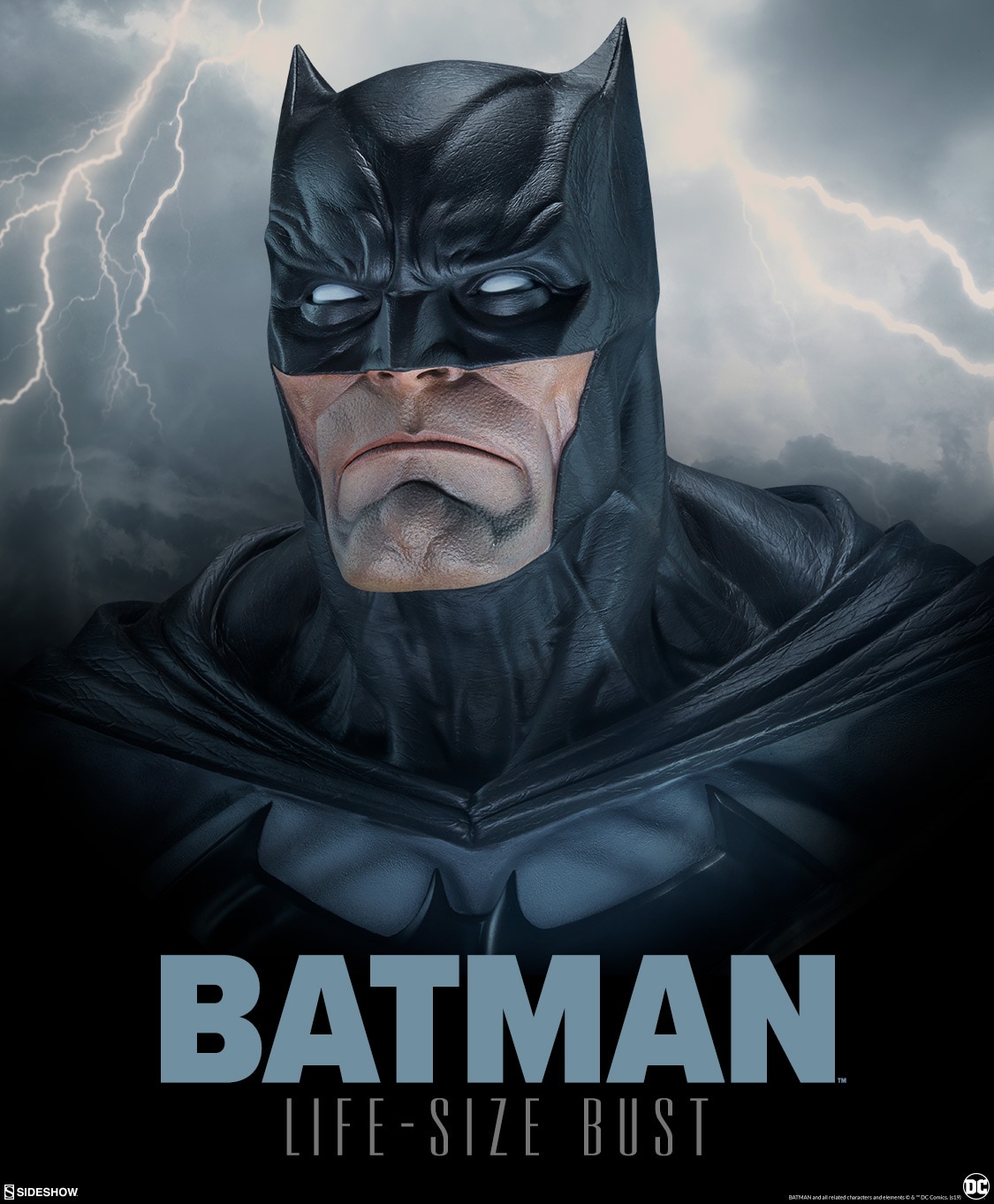 The second piece is a superbly detailed figure of Two-Face, as portrayed by Aaron Eckhart in The Dark Knight.

The DC Comics inspired collectible bust will be available for Pre-Order from Thursday July 18th, 2019 between Noon and 3pm (Pacific Time). Be sure to pre-order this piece as soon as its up. Fans and collectors can join the Sideshow RSVP list in the meantime for more updates.

We have a ton of info about the Two-Face figure right now!

About The Sixth Scale Figure

“The night is darkest just before the dawn. And I promise you…the dawn is coming.”

The Joker kidnaps District Attorney Harvey Dent in a ploy to distract Batman. When the Dark Knight attempts to save him, an explosion is triggered causing Harvey to burn, disfiguring him beyond repair. The tragedy leaves Dent traumatized, mentally disturbing him into insanity, blaming Batman for his condition. Harvey Dent becomes the villain Two-Face, forever carrying around a coin to determine whether he will do a good or evil deed. 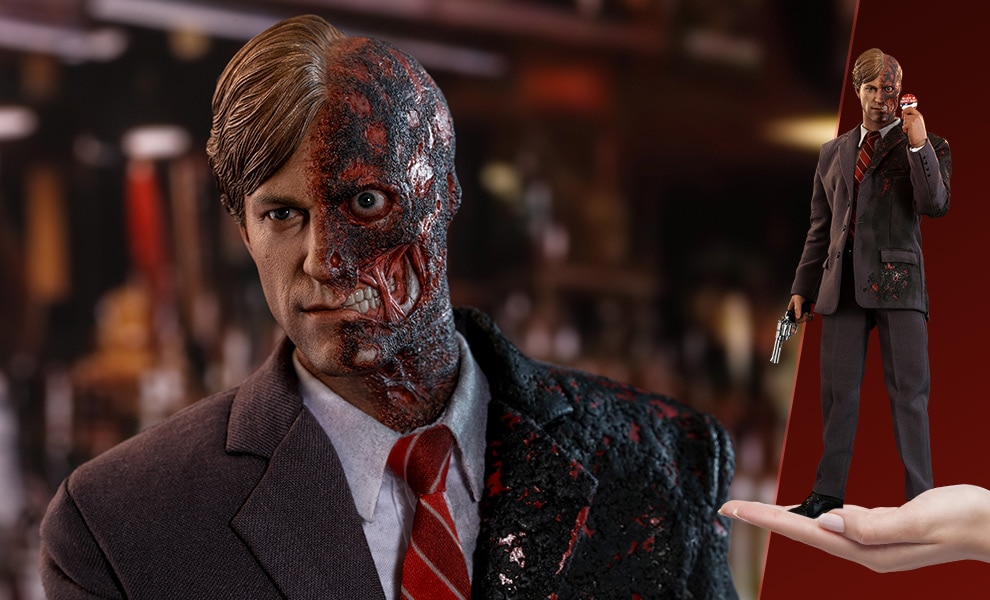 The movie-accurate collectible figure is specially crafted based on the image of Aaron Eckhart as Two-Face/Harvey Dent in the movie featuring a newly developed head sculpt with half-burned face, finely tailored suit with burn marks, and a variety of accessories including a pistol, drink, badge, coins, and a movie-themed figure stand.

Your Dark Knight collection wouldn’t be complete without this Two-Face collectible figure. 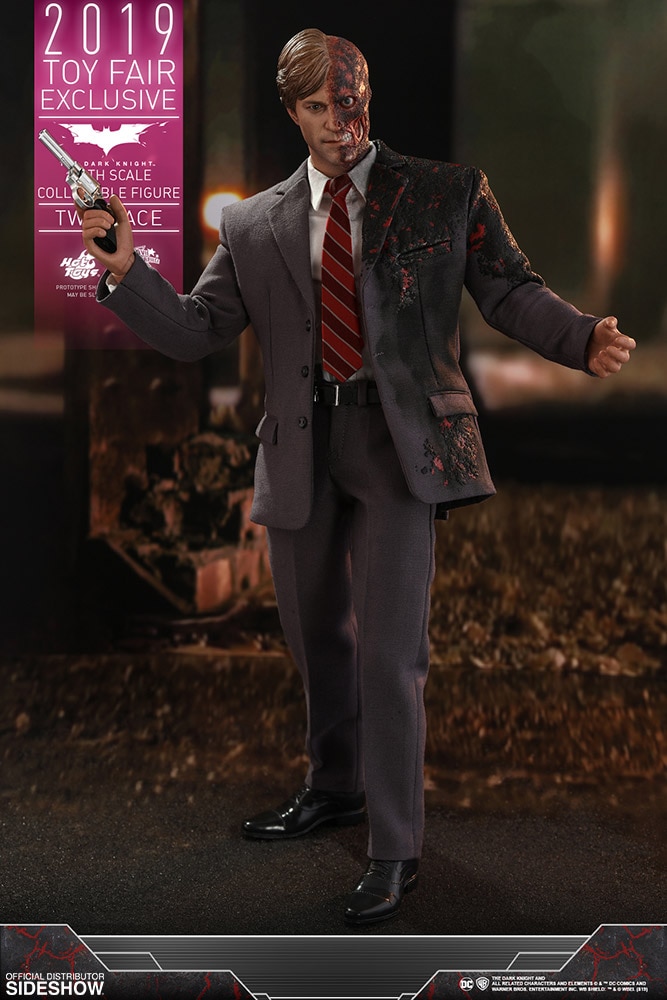 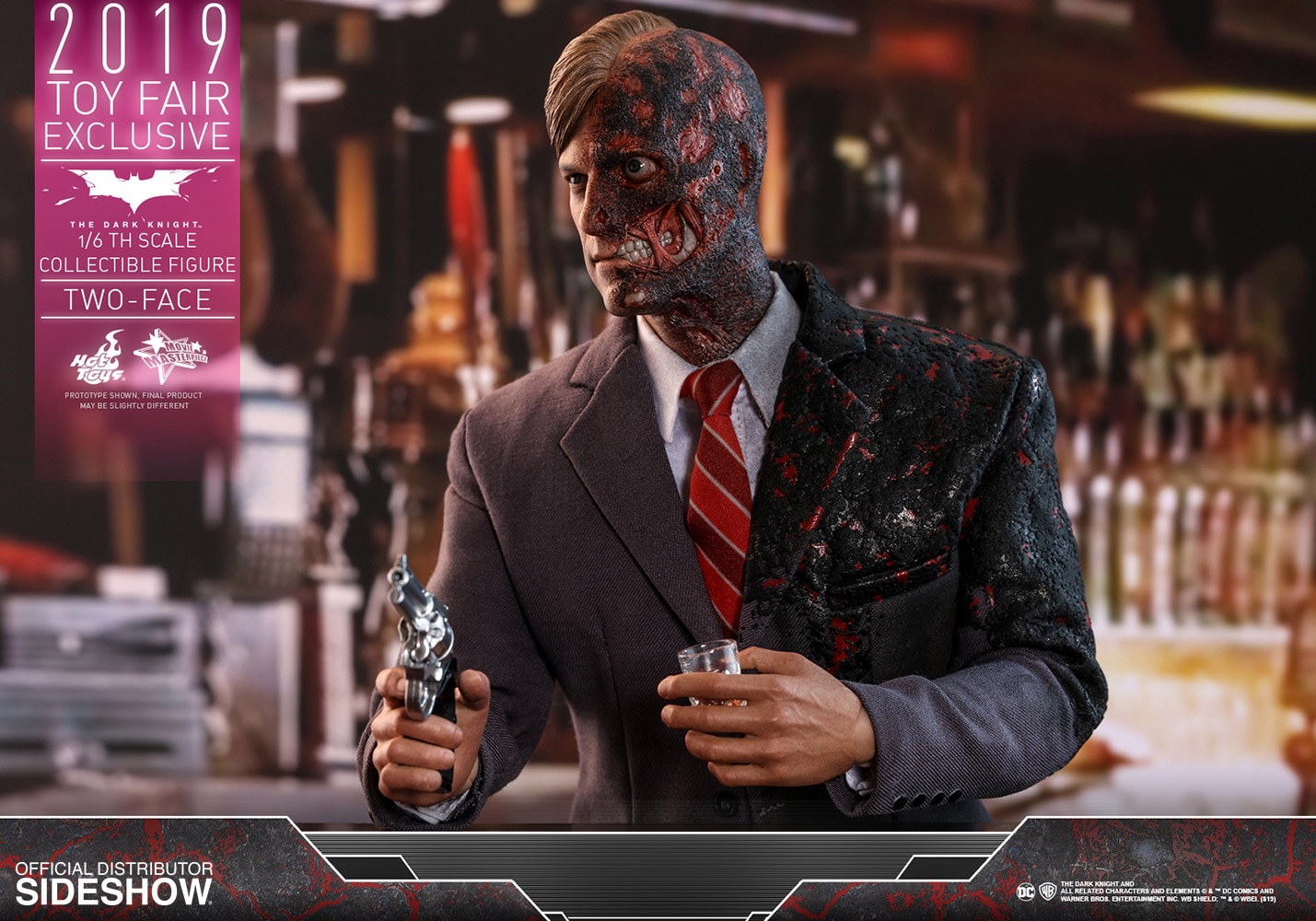 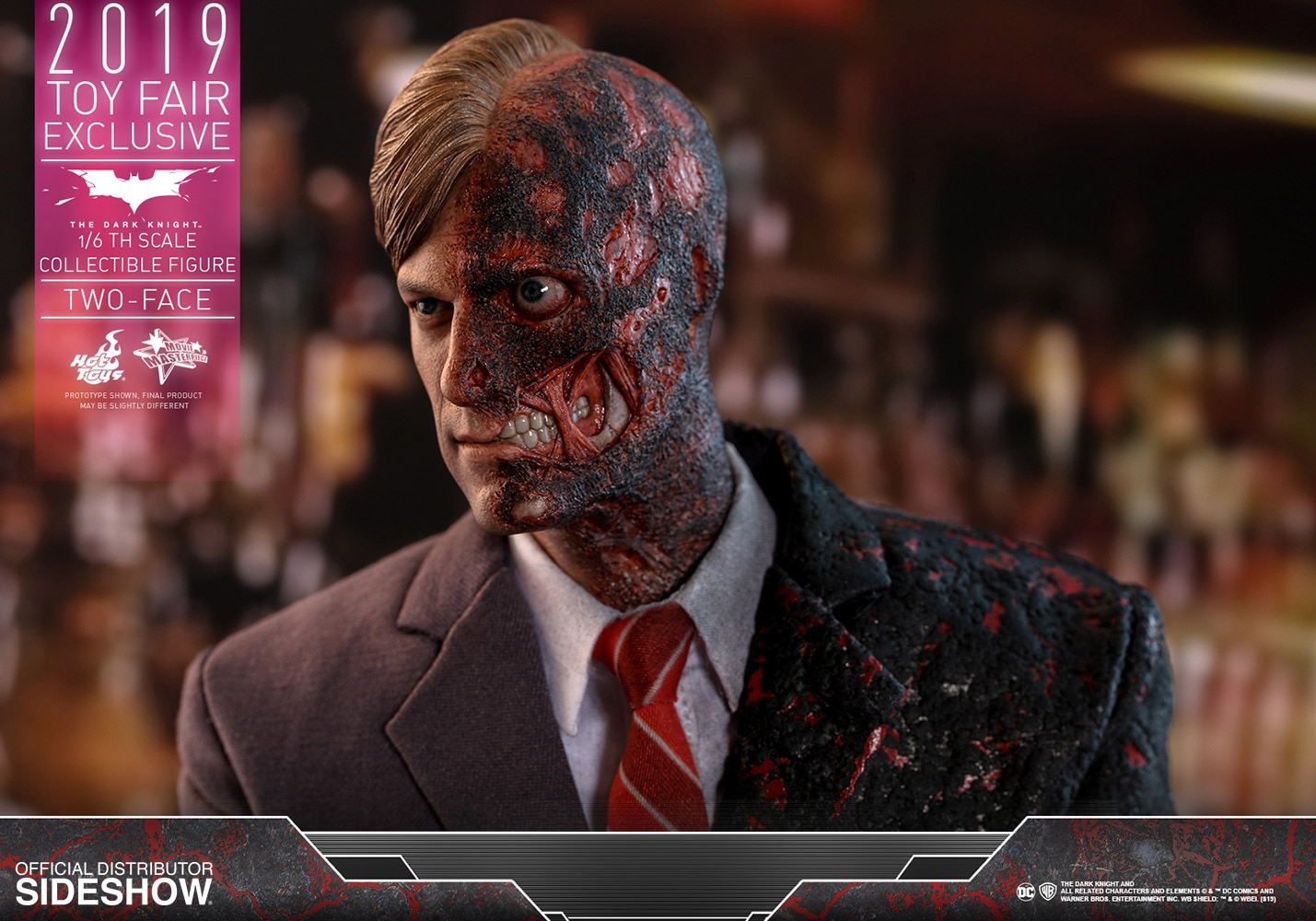 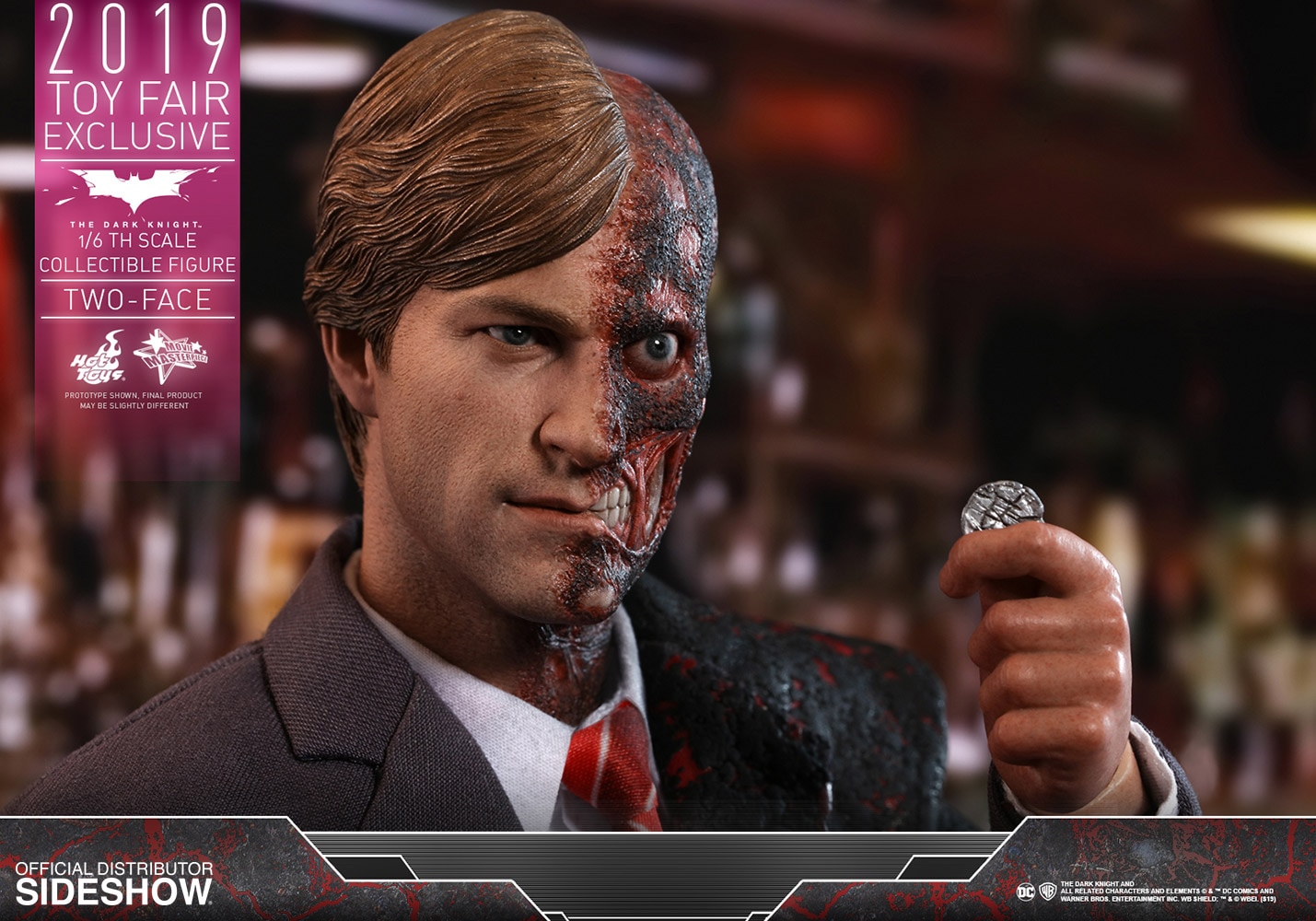 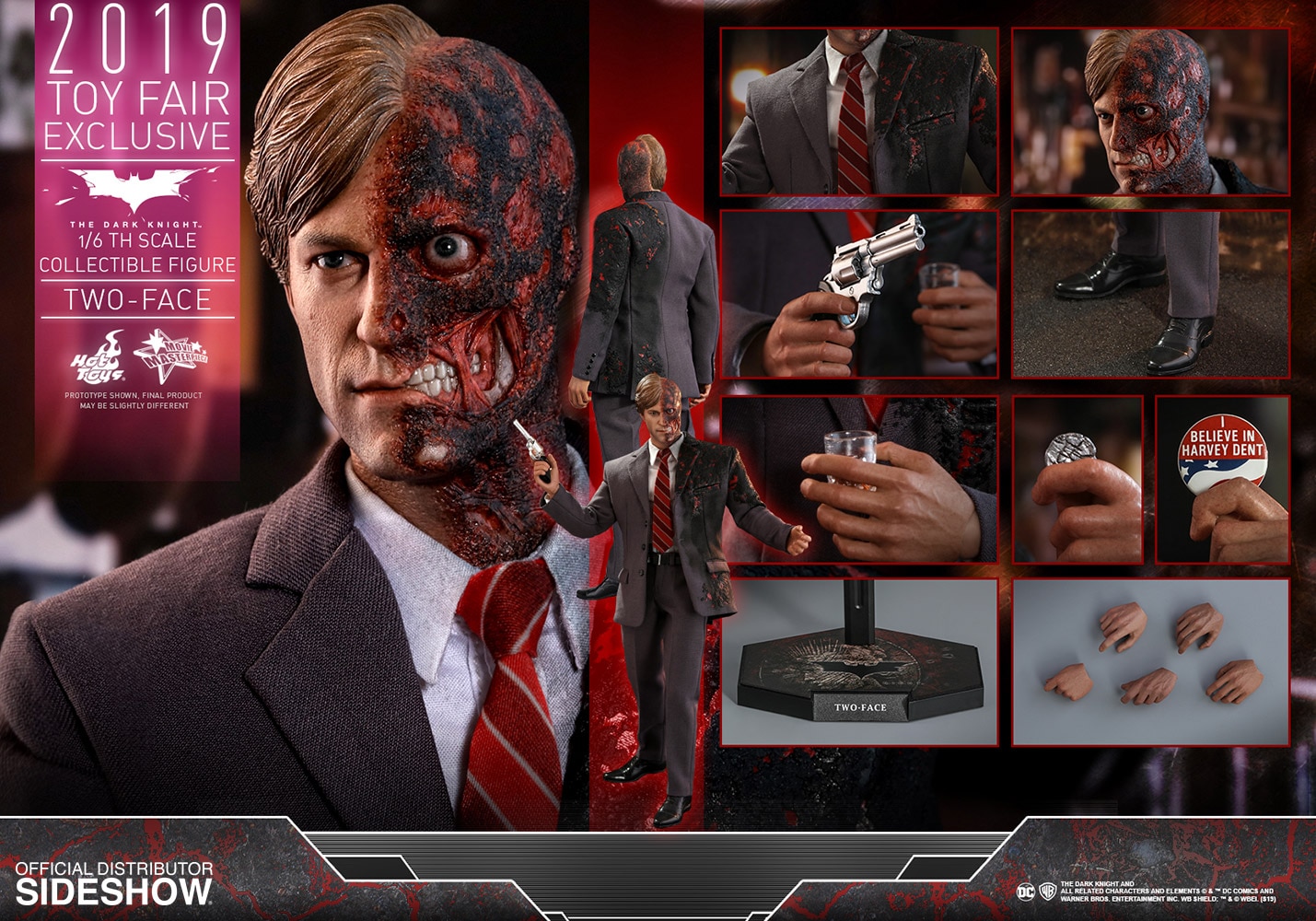 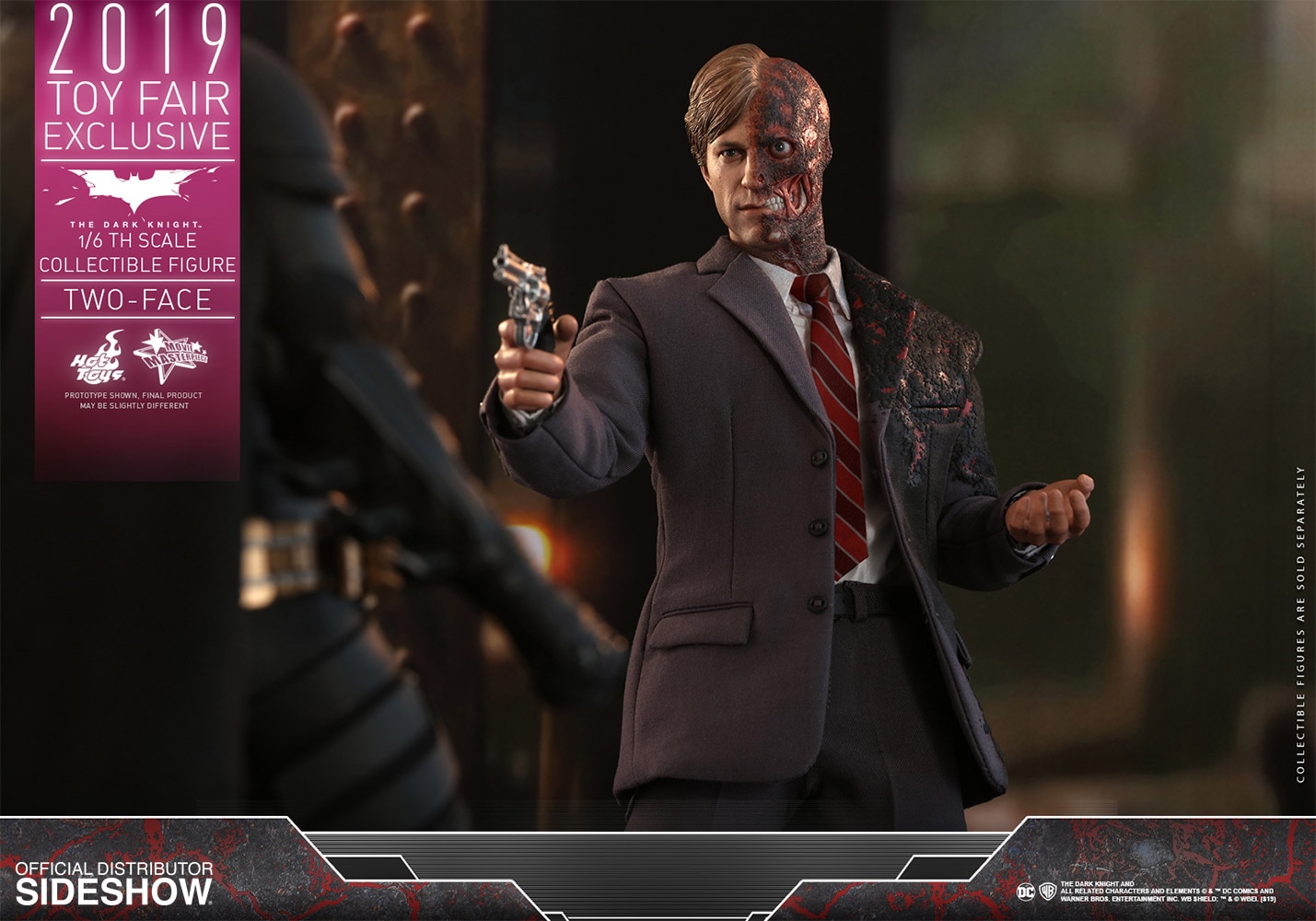 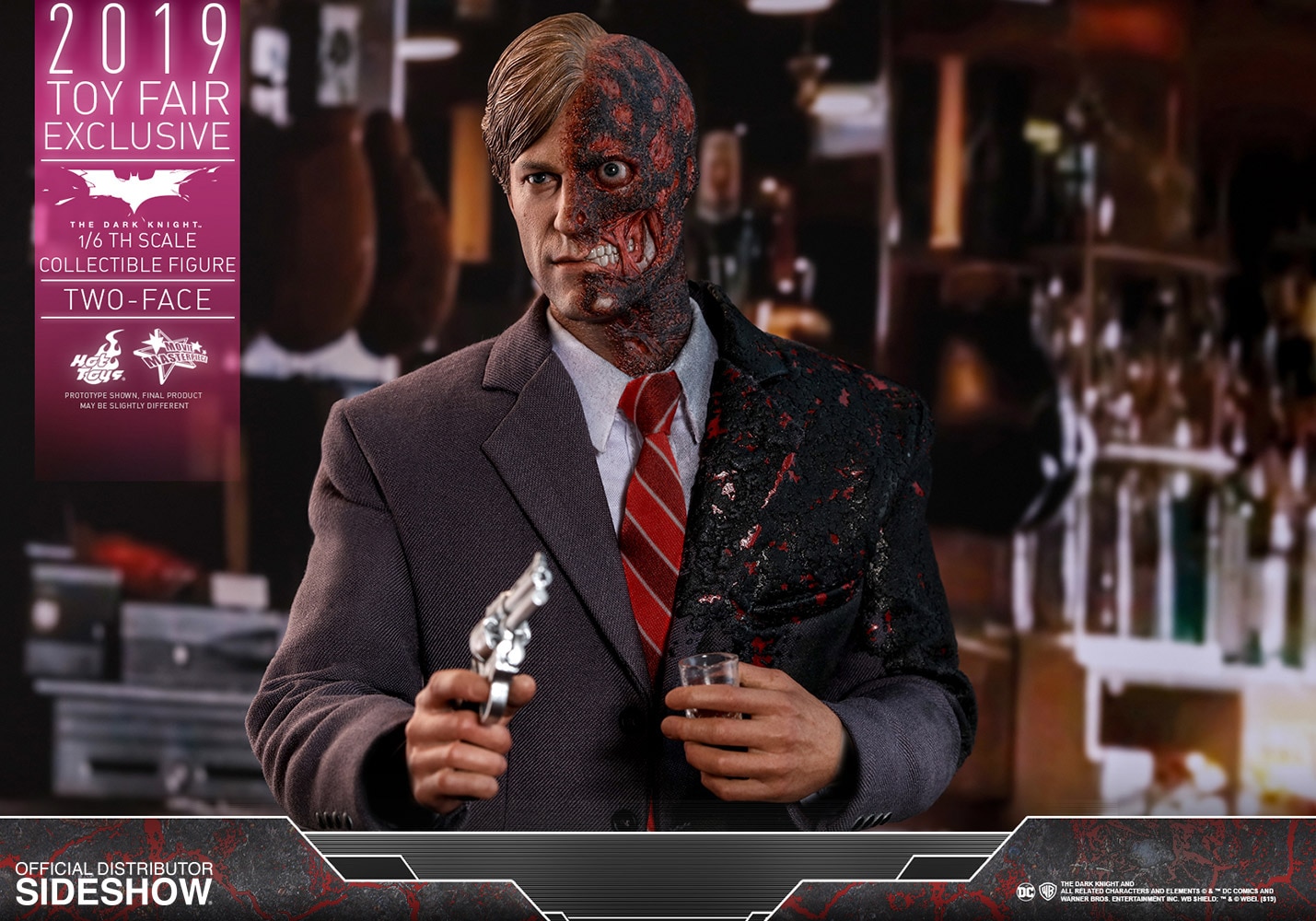 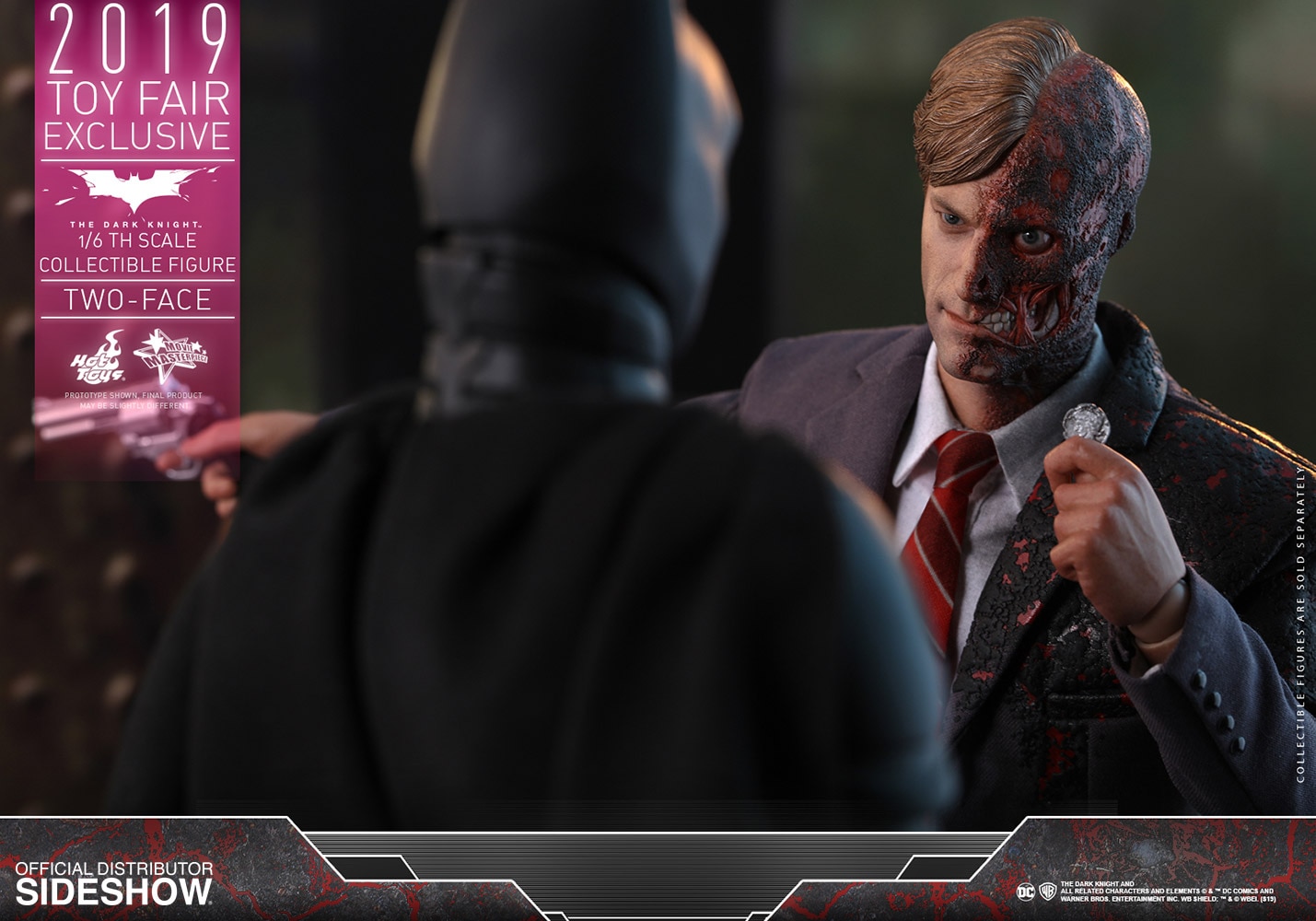 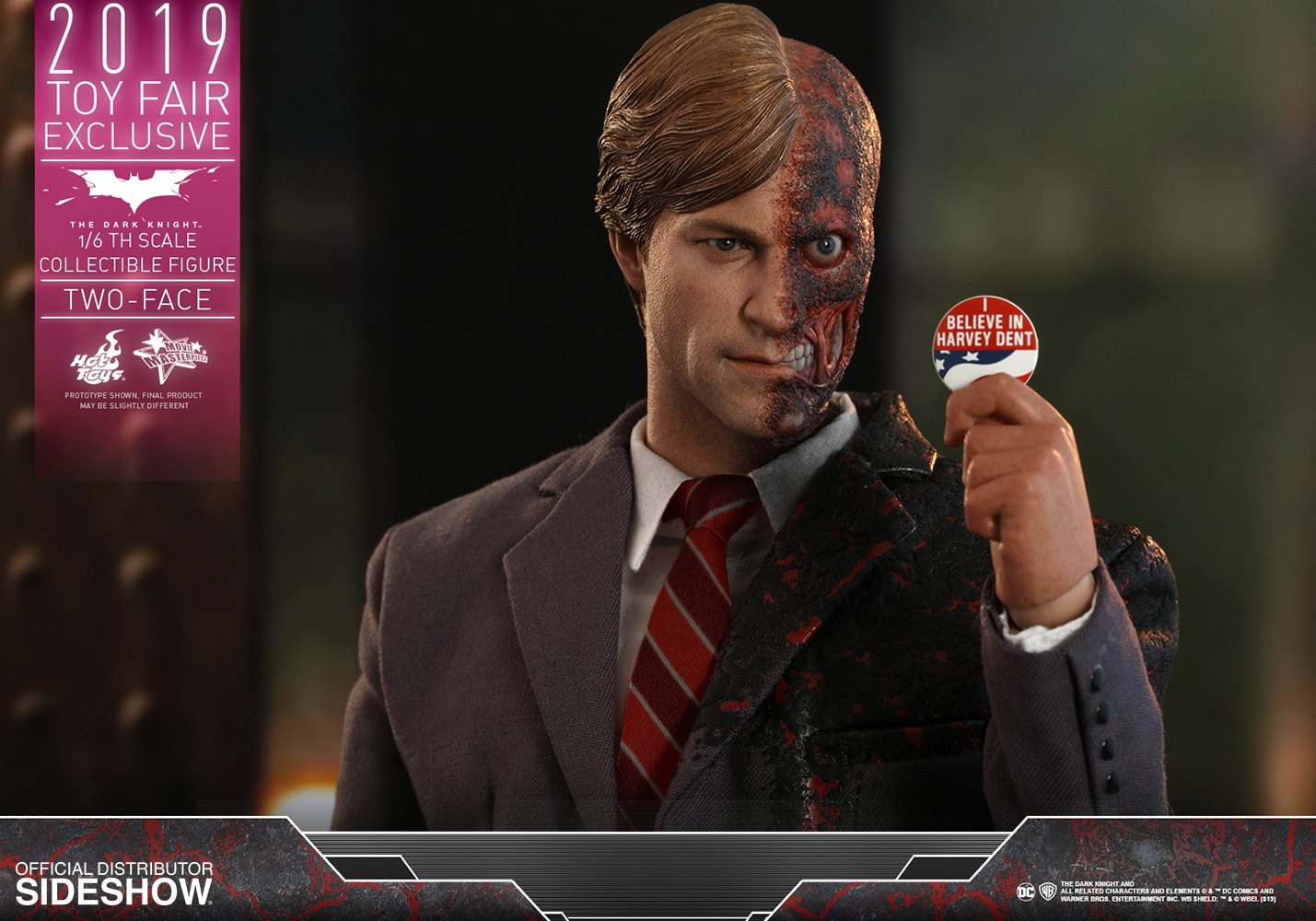 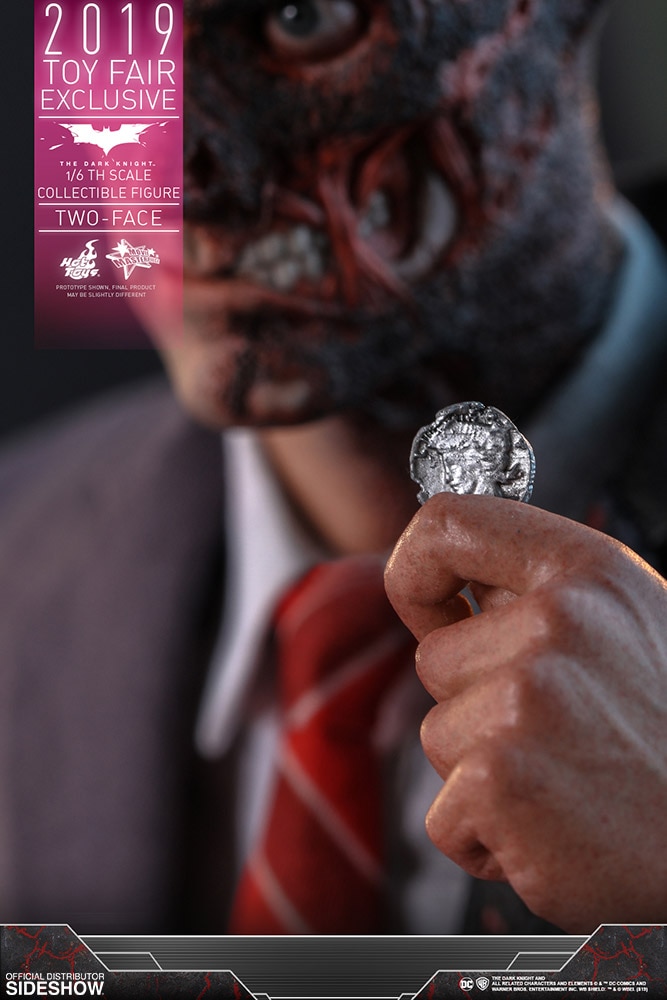 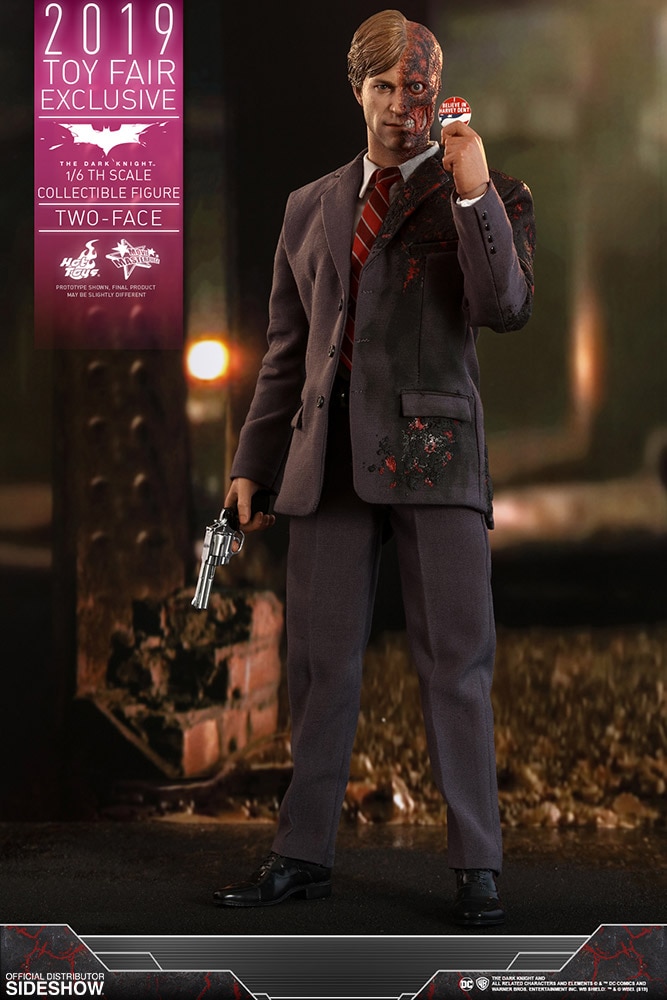 What’s In The Box?

What does everyone out there think? Do you have room on your shelves for a life-size Batman bust, or a super creepy Two-Face figure? Let us know.