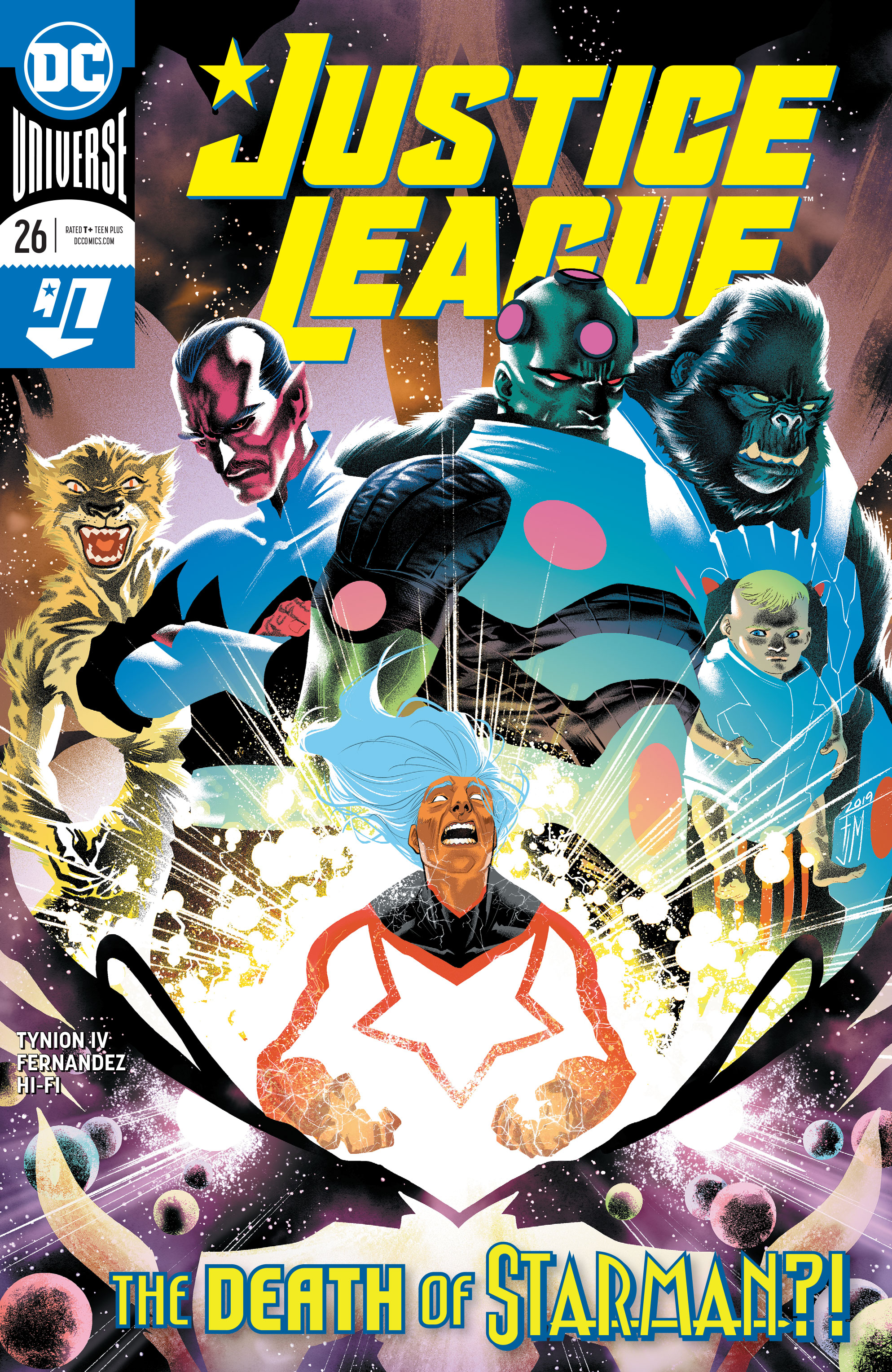 Hawkgirl is on a rampage in this week’s Justice League #26, as the team prepares for the upcoming War of Justice and Doom.

Following the epic conclusion of “The Sixth Dimension Storyline” in #25, this week’s issue slows things down, giving the team a chance to unpack what they recently witnessed. The Martian Manhunter is off the grid, investigating multiple sightings of a mysterious man who is empowering people to commit crimes. Assumably, this phantom is the recently resurrected Lex Luthor, as revealed at the end of the last issue.

Elsewhere, Superman, The Flash, Cyborg, Wonder Woman, Batman, and The World Forger travel to the House of Heroes, a multiversal base for heroes, which was first established in Grant Morrison’s The Multiveristy. Here they attempt to recruit heroes from across local multiverse for the aforementioned war.

Meanwhile, back at the Hall of Justice (sorry – I couldn’t help myself), Mera is touring the facilities with Hawkgirl. Hawkgirl is furious that J’onn is investigating these sightings alone. As they move through the hall, they interact with various different groups. First, there is The Atom and the Metal Men who are trying to find the Legion of Doom. Then the two women happen upon The Question, Plastic Man, Detective Chimp and Green Arrow who are trying to locate the Hall of Doom. They then check in with Hawkman and Black Canary who are leading combat training with the Teen Titans. Finally, they make their way to Starman who is suffering from an inability to connect with the Totality. Essentially, within seven pages, we see the sum of the League’s efforts to recruit and collaborate with heroes from across the DCU. 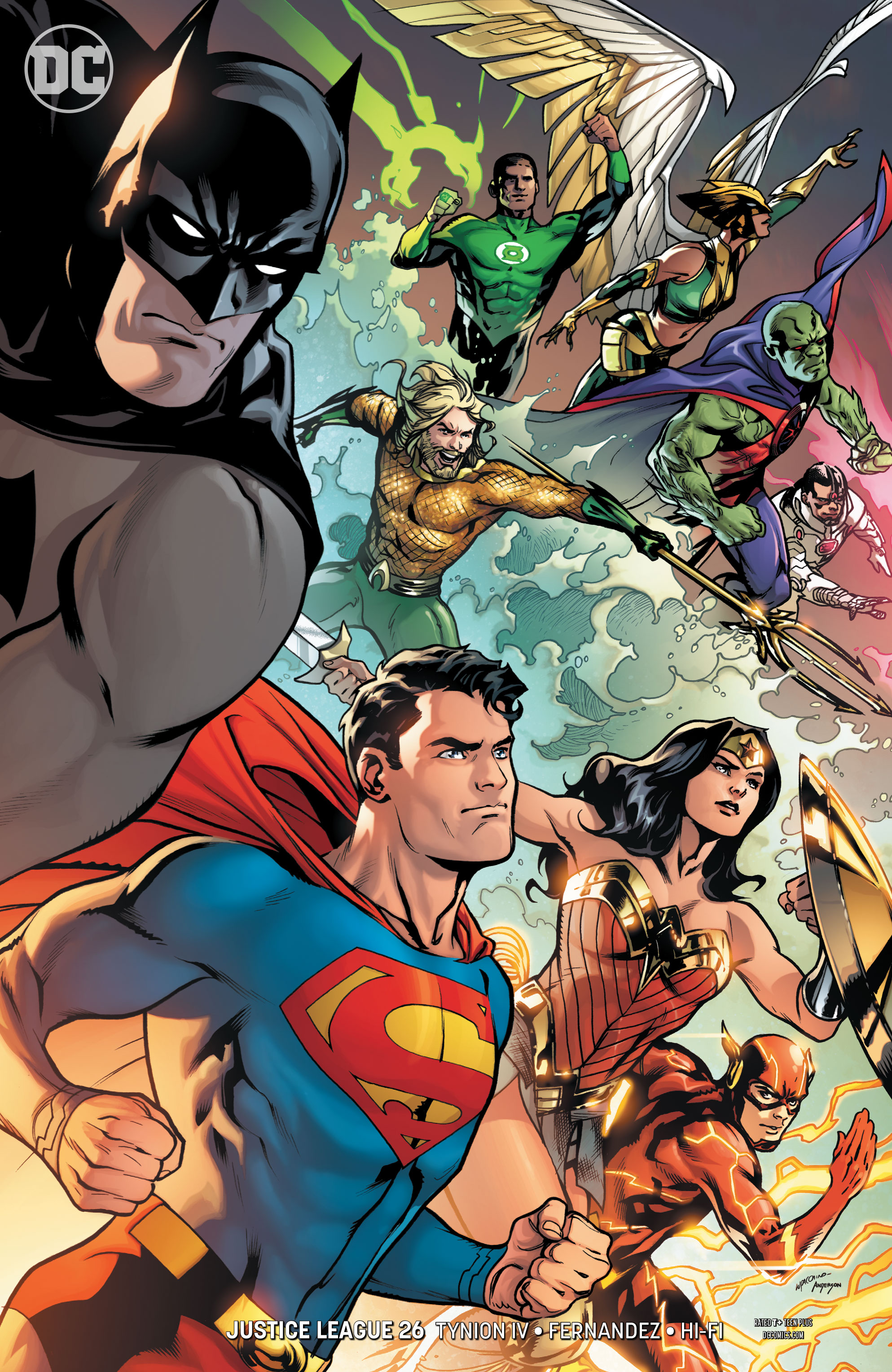 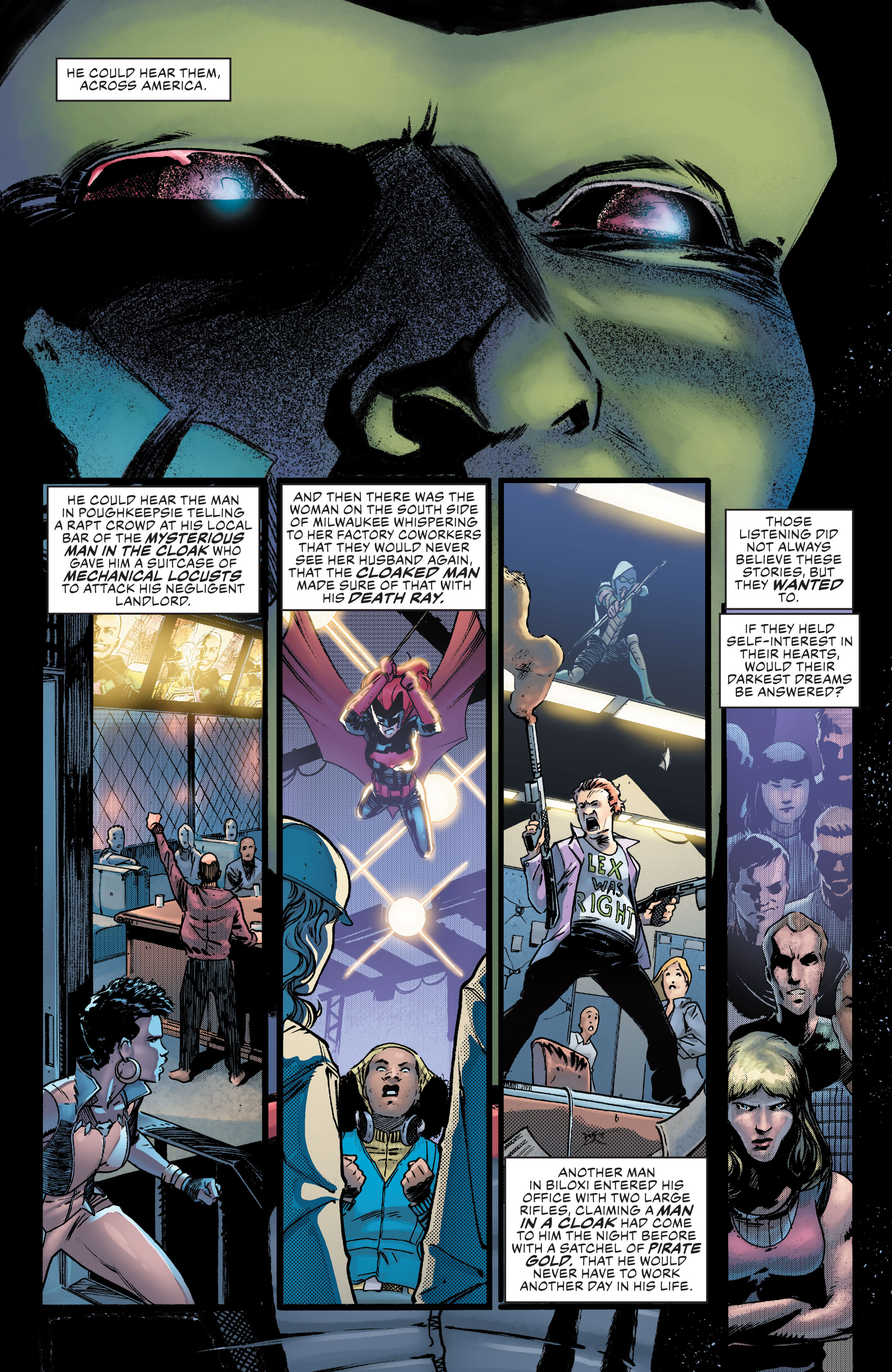 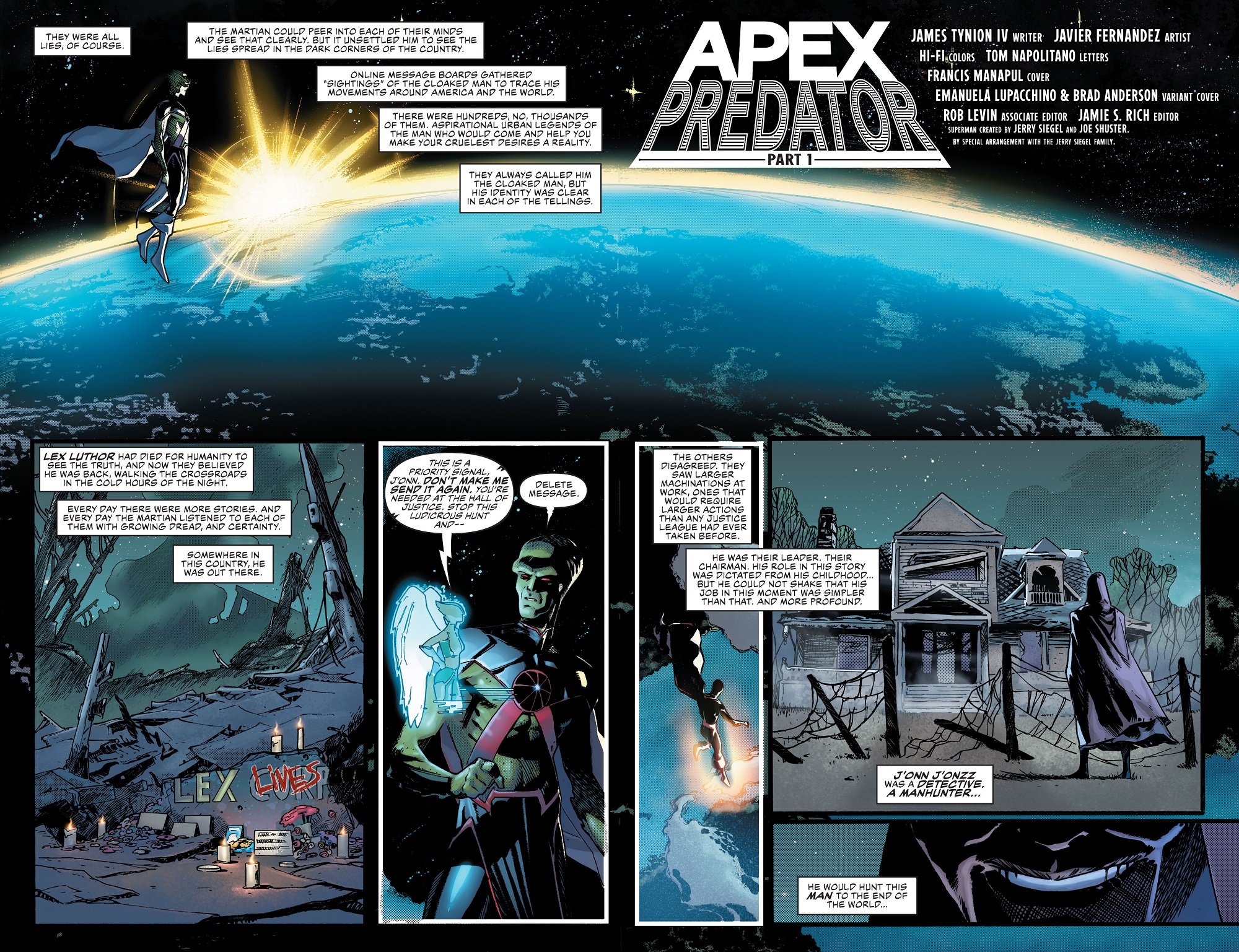 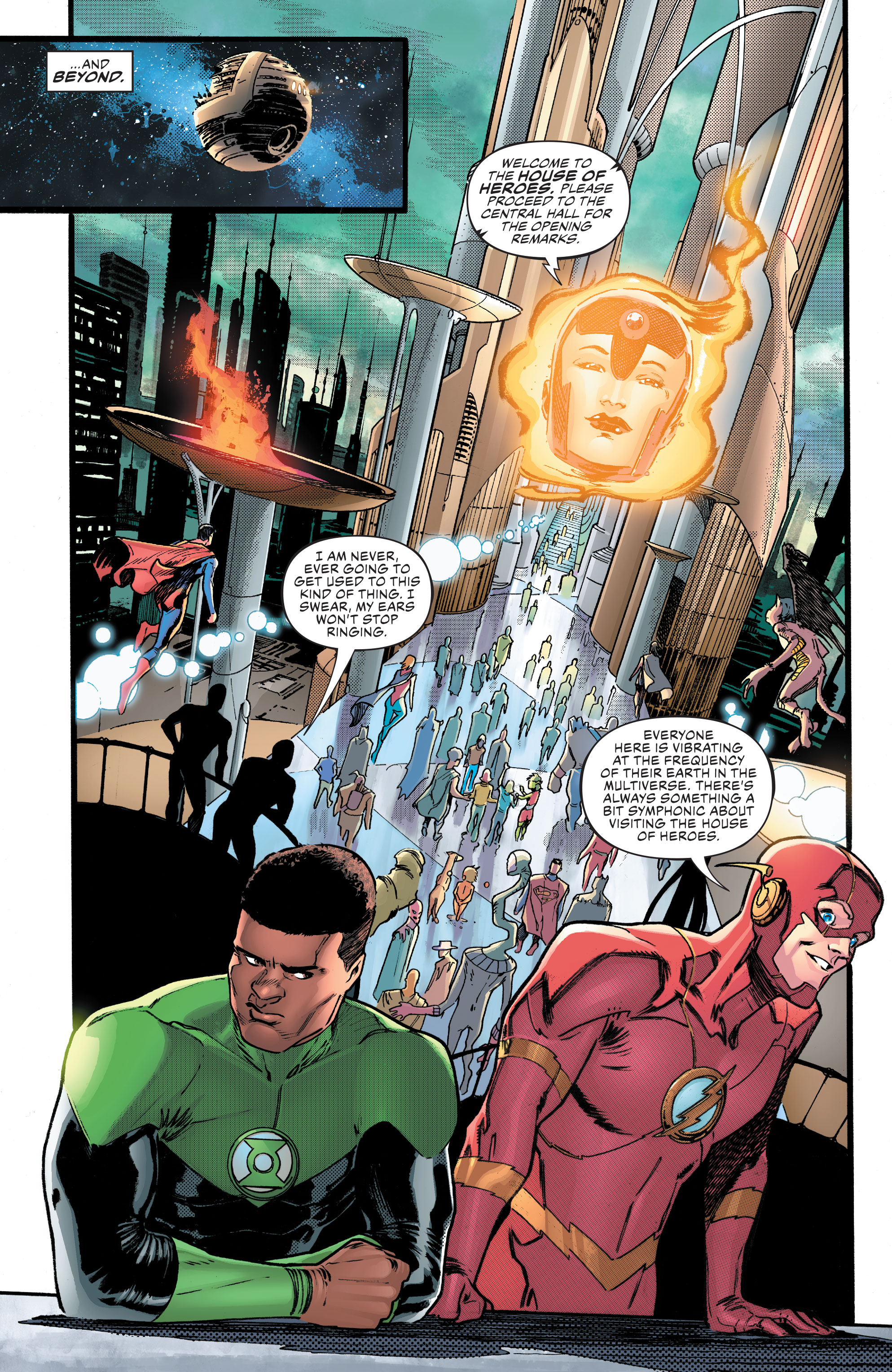 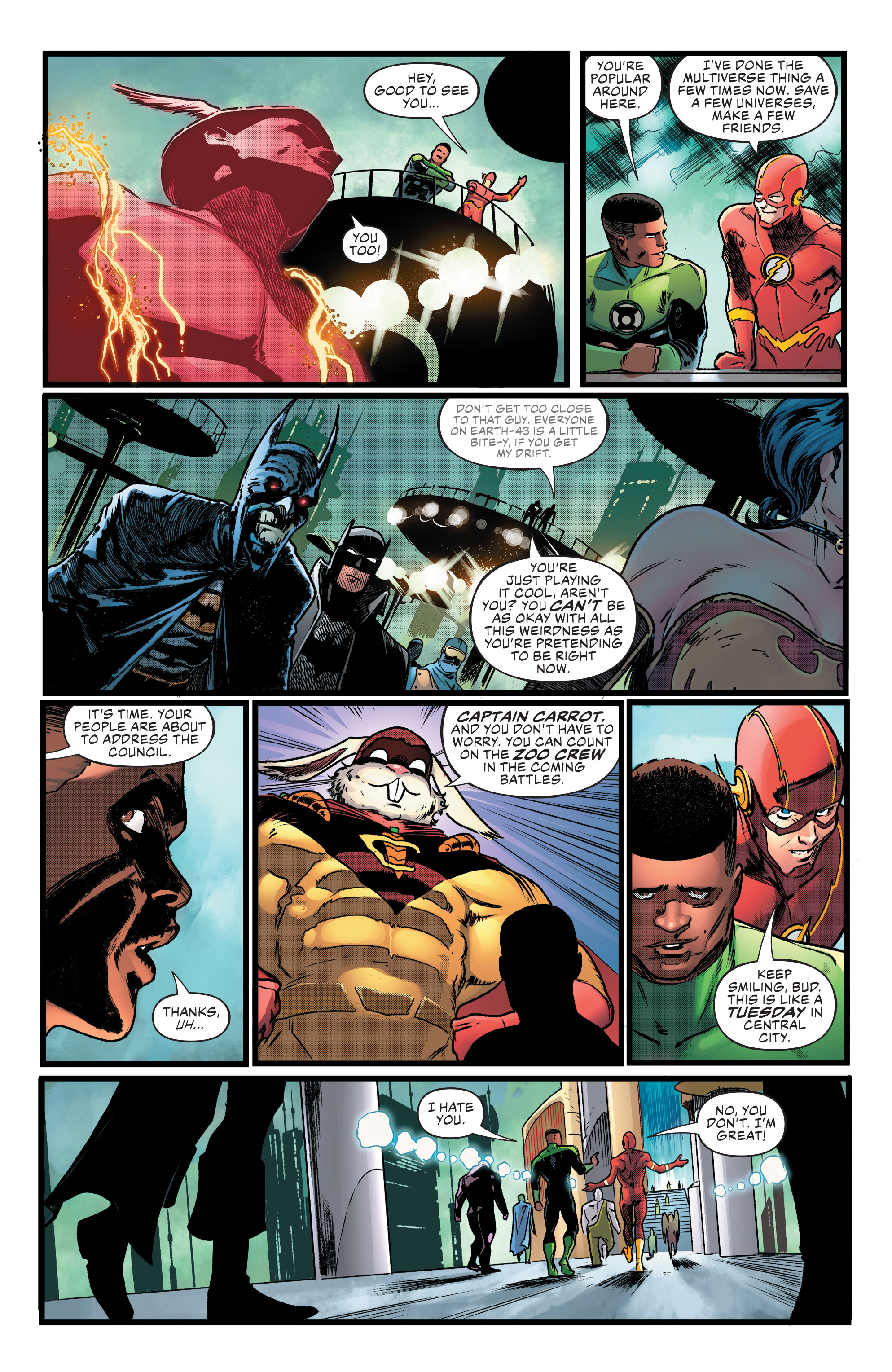 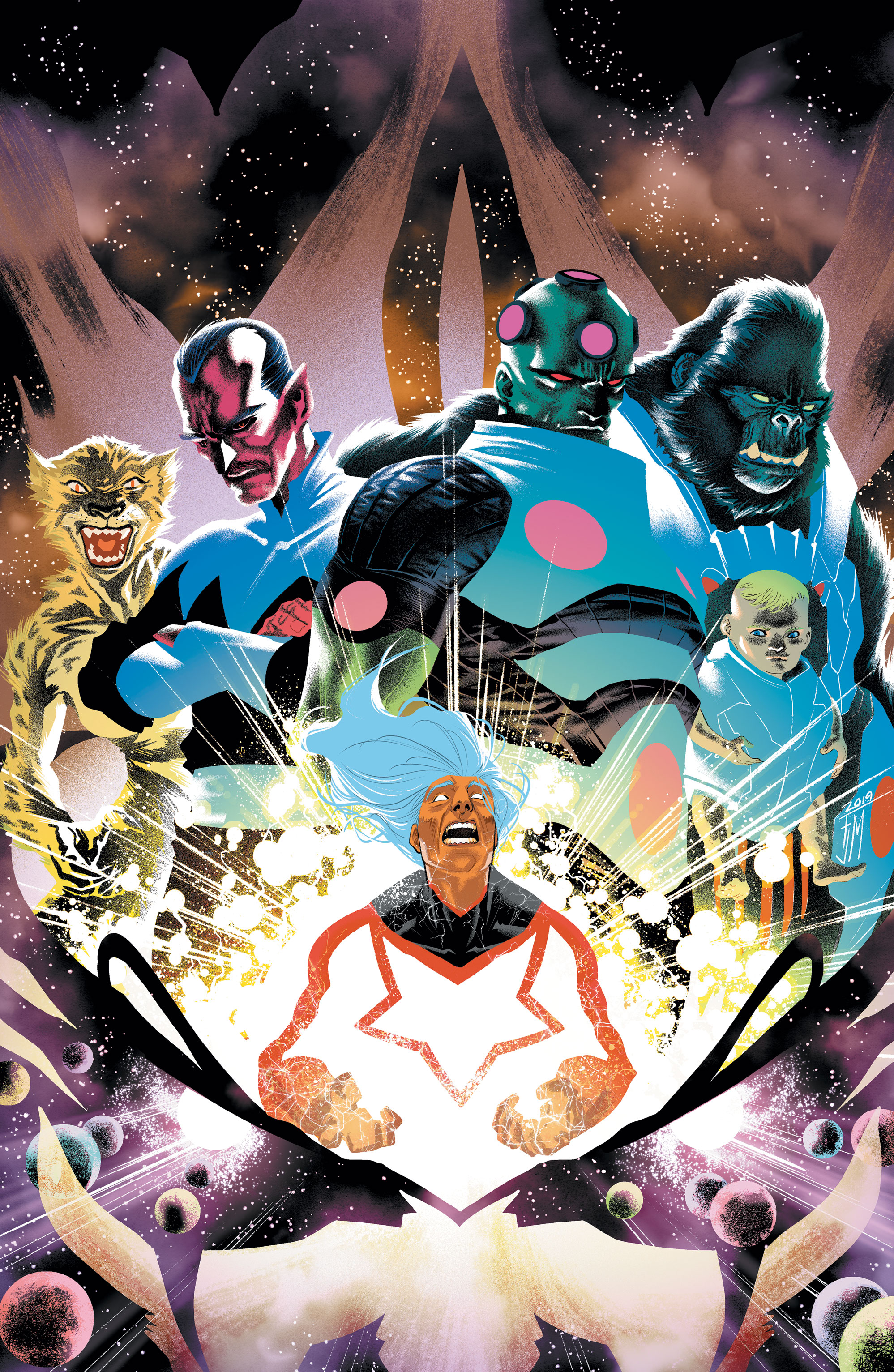 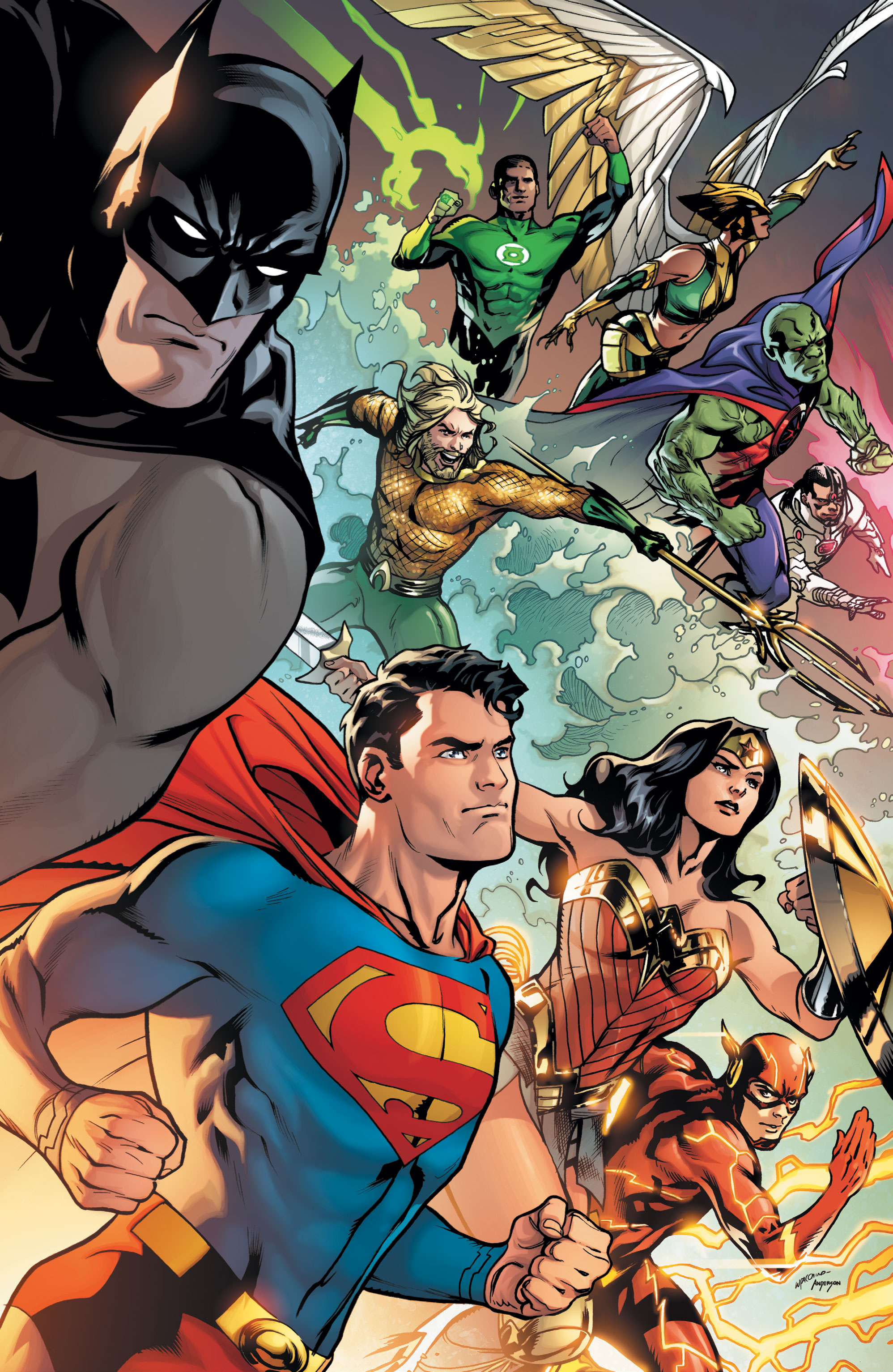 Scott Snyder is a tough act to follow, nevertheless James Tynion IV knocks it out of the park. While Snyder might be the brains of the operation, Tynion is the heart. It appears that Snyder is the concept guy; he has developed the big ideas and theme of this Justice League run. In contrast, Tynion is the master of character moments. Justice League #26 is proof that he understands the hearts, minds, and voices of all these heroes. The best example of this is Tynion’s treatment of Hawkgirl. Her rampage is laugh-out-loud funny; at one point she turns to Mera and threatens to kill J’onn, and when Mera challenges her, Hawkgirl replies “You think I don’t know how to use a matchbook?” Needless to say, this lover’s quarrel is the highlight of the issue, as Tynion adds depth to the Manhunter/Hawkgirl romance.

A Mixed Bag of Pencils

This may sound redundant, but Jorge Jimenez is another hard act to follow. Unfortunately though, unlike Tynion, Javier Fernandez doesn’t quite live up to the task, in my opinion. Some of the early panels – the ones that focus on the Hall of Heroes – look a bit rushed and lack detail. This is especially prevalent for his faces. There’s a great sequence where Green Lantern and The Flash interact with Captain Carrot of the Zoo Crew that’s unfortunately undercut by some mediocre penciling. However, the art does get better as the issue continues. The aforementioned “matchbook” comment is coupled with a brilliant close up of Hawkgirl’s face that really drives home her humorous rage. Essentially, Fernandez’s work is a mixed bag. Some of it’s great; some of it’s… meh.

Justice League #26 is a wonderfully written issue that suffers from inconsistent artwork and Tynion’s character-driven script is a nice change of pace after “The Sixth Dimension”. It’s wonderful to watch the League interact with so many different faces from all over the multiverse. While Fernandez’s art is somewhat lackluster at times, the script is strong enough to hold the issue together. The Justice League creative team continues to deliver quality twice a month, which is undoubtedly an impressive task.

Final verdict: good but not perfect. Still, it’s very much worth a read.