First we got the exciting announcement that DC Comics are to launch a new Batman/Catwoman 12 issue mini series, from the wonderful creative pairing of Tom King & Clay Mann. Now, to entice us further, Clay Mann has shared a glimpse of artwork from the upcoming series via Instagram. The post simply reads, “A little peak at something.”

Starting in January 2020, this series will be a direct continuation of King’s mesmerising run on Batman, which is set to end with issue #85.

The wonderful image offers a look at the titular heroes in action mode. Could they be about to face a mystery foe? As to who that could be, maybe it will become apparent when King’s run ends? Bane? Thomas Wayne? A new, as yet unrevealed villain to add to the mix? This is shaping up to be a highlight of 2020. 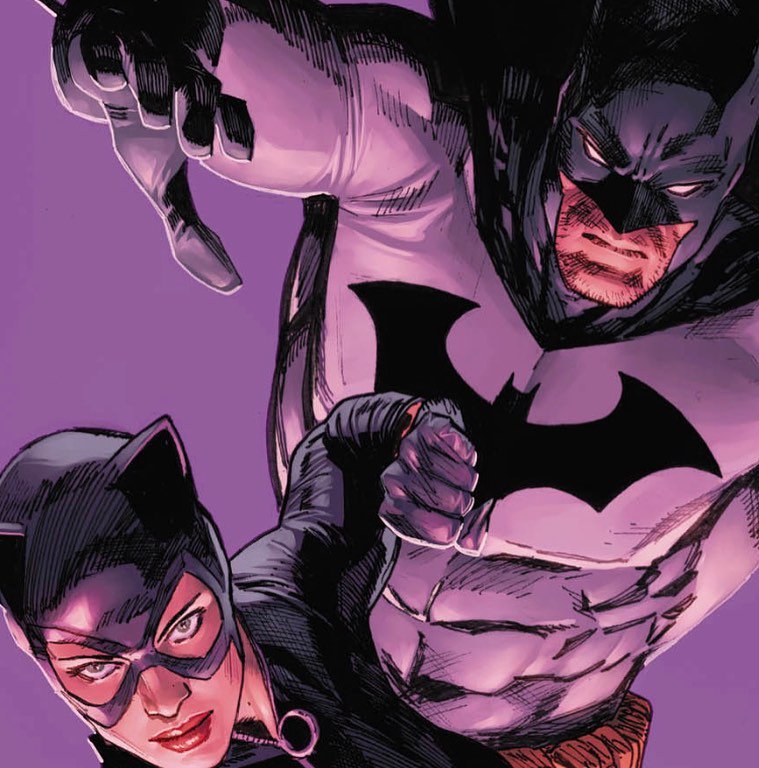 Bob Harras, DC Comics’ Editor-In-Chief had this to say:

We’re making changes to our comic book publishing line to set DC up for continued success. We’re starting with the bestselling Batman comic after ‘City of Bane’ wraps up in December. ‘City of Bane’ is an incredible story and an integral part of our overall ‘Year of the Villain’ campaign, and a new Tom King and Clay Mann Bat/Cat series in 2020 fills the gap once Batman begins to ship monthly.

The above quote is mouthwatering. As if the landmark year that 2019 is shaping up to be wasn’t enough, then the planets are aligning for 2020 to be every bit as good. DC Comics are truly on fire right now!

For all fans of King’s run on Batman, check out our review of the latest issue below.