Arkham City was the second instalment in the fan favourite video game series, a collaboration between Rocksteady and WB Games. It was released in 2011 as a follow up to Arkham Asylum, which is still considered one of the greatest games ever made. The game has won numerous awards, spawned a sequel, prequel and a mobile game.

It’s not difficult to see why it was so popular, as it celebrated the Batman mythos, was written by veteran writer Paul Dini and featured a phenomenal voice cast, including Mark Hamill as the Joker. 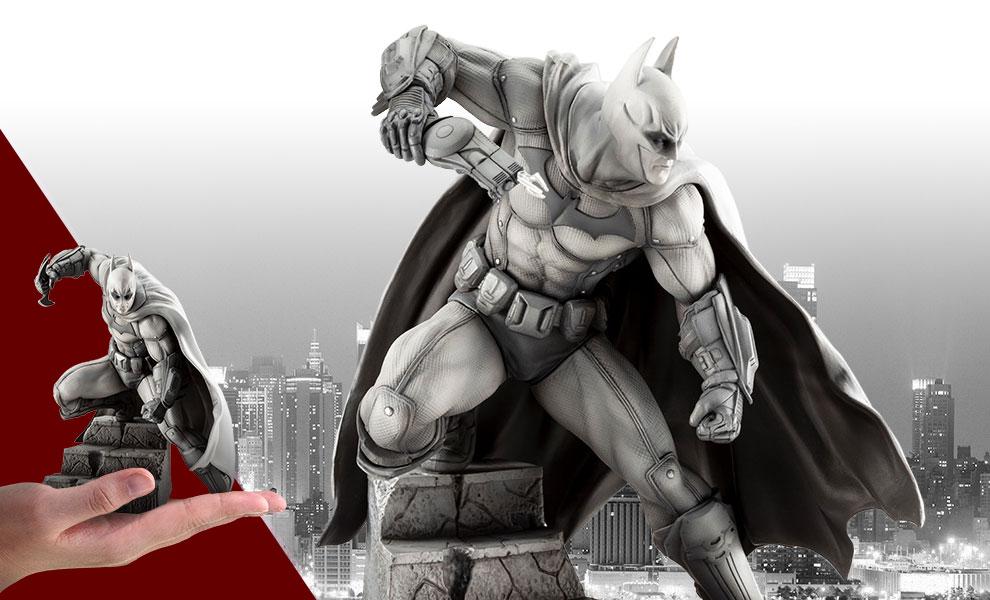 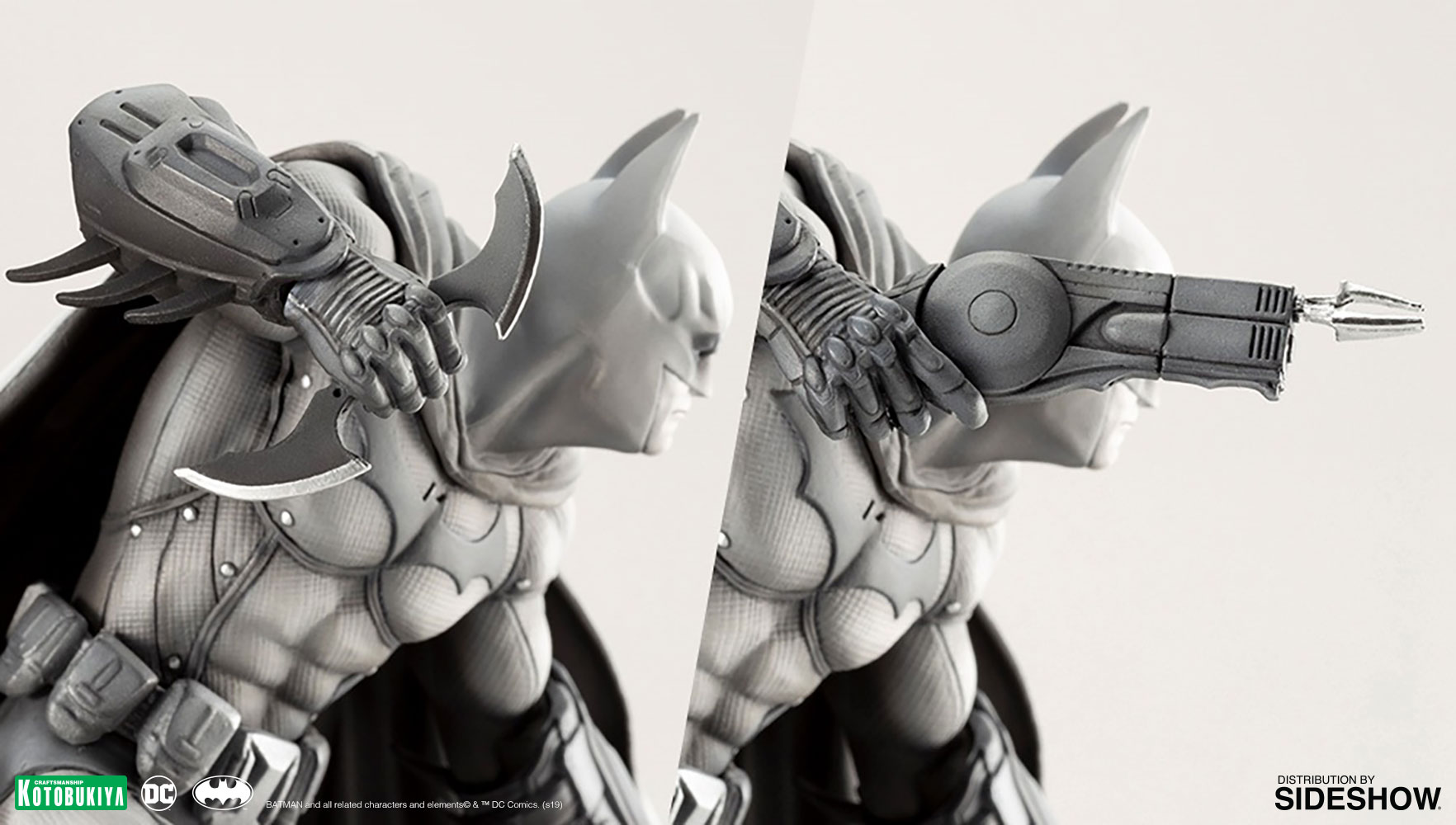 This reproduction of Batman from Arkham City is the perfect way to celebrate the series’ tenth anniversary! Batman is posed in a posture often seen during promotions for the game; standing poised and ready to attack. In his right hand, the hero holds a Batarang that can be switched out for his legendary Grapple Gun, which is also included.

A reproduction of the original ARTFX+ from 2014, this Batman: Arkham City limited edition statue boasts a unique white color scheme as well as updated packaging. The sculpt quality, is beautiful, as we’ve come to expect from Sideshow. The interchangeable accessories and adjustable features add even greater levels of realism and creativity.

The piece would look in display cabinets or on the shelves of any Batcave! The way it evokes the brilliant video game, and the cover of the comic-book adaptations is incredible.

This is a must have for any Bat-fan, lovers of Arkham and comics alike. What do you think? Will you be buying one? Let us know.