The story will feature the entire DC, roster including Batman. We’ve already caught a preview in Year of the Villain #1 .The series itself is a six part affair but will cross over with Batman, Batgirl, Justice League Dark, Red Hood, Justice League and Nightwing amongst others.

Check out the preview images below. 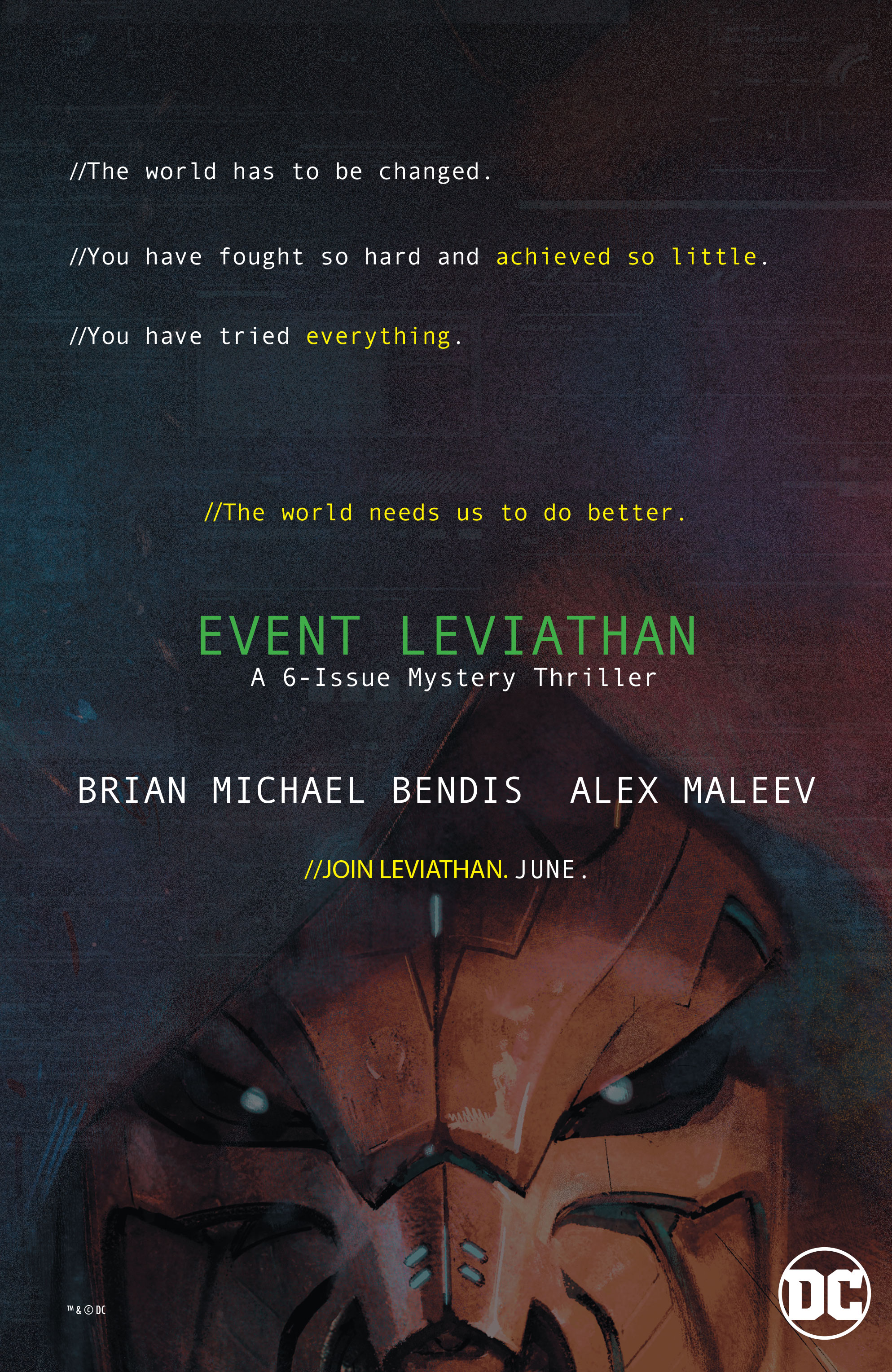 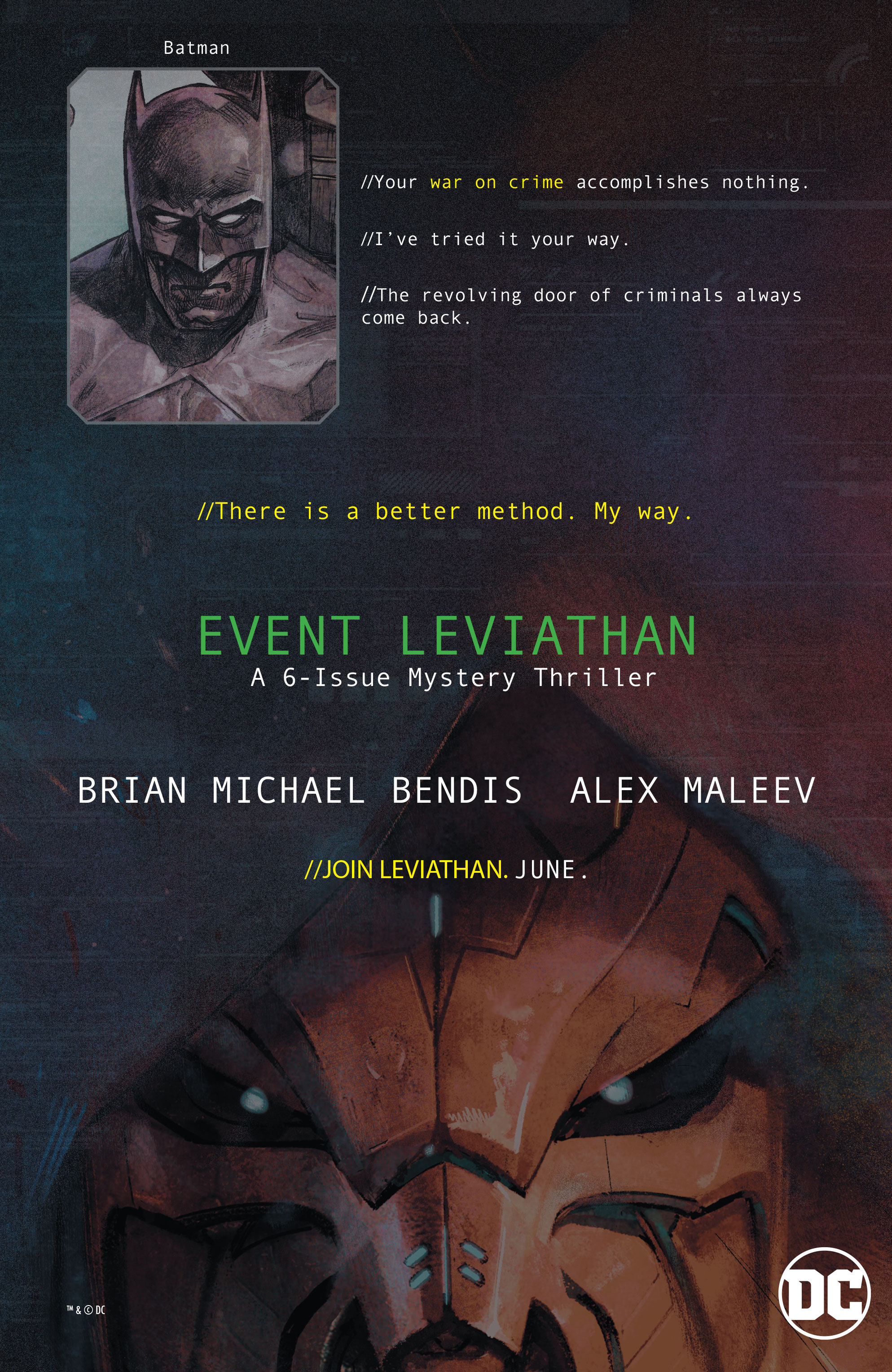 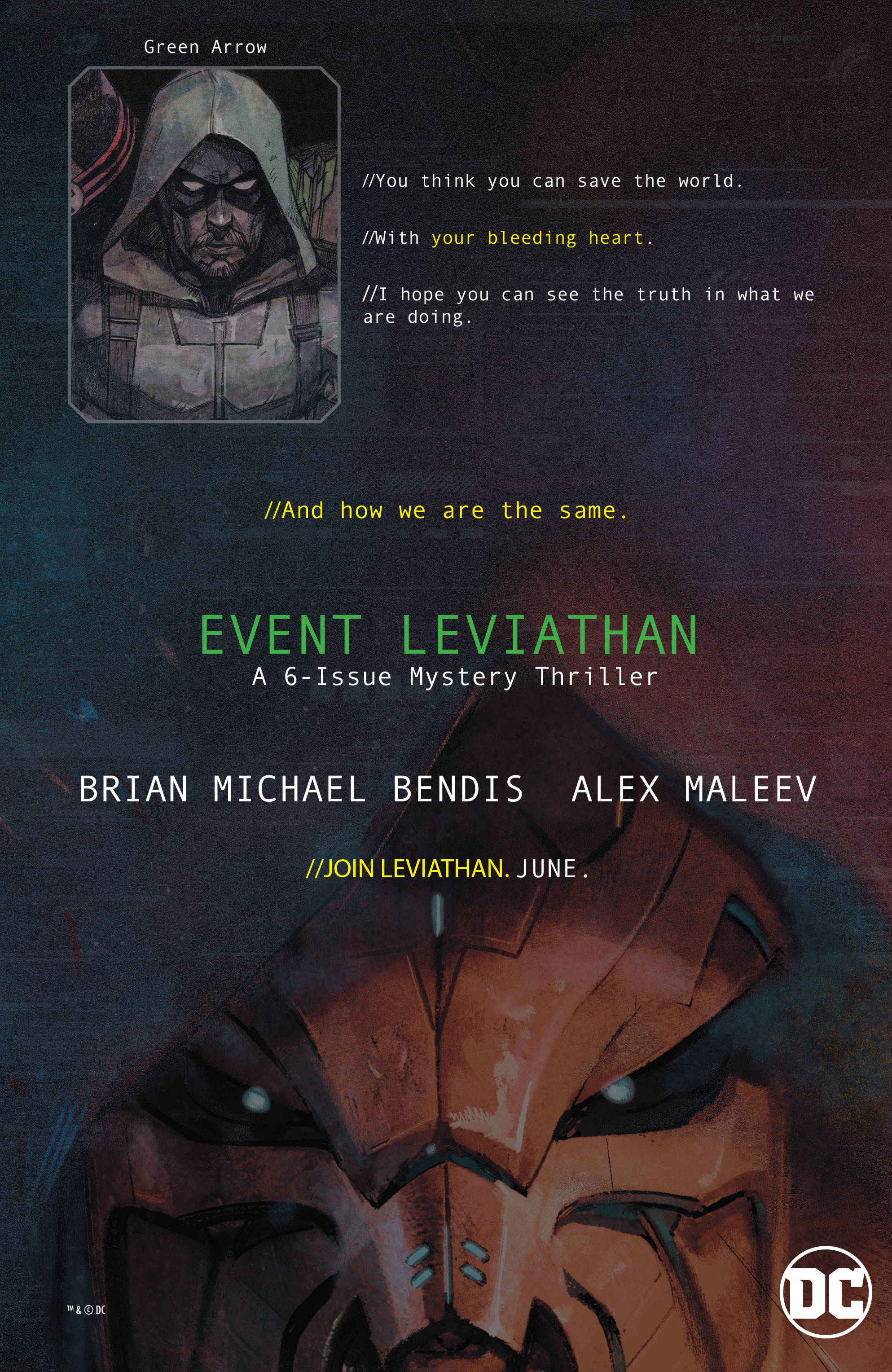 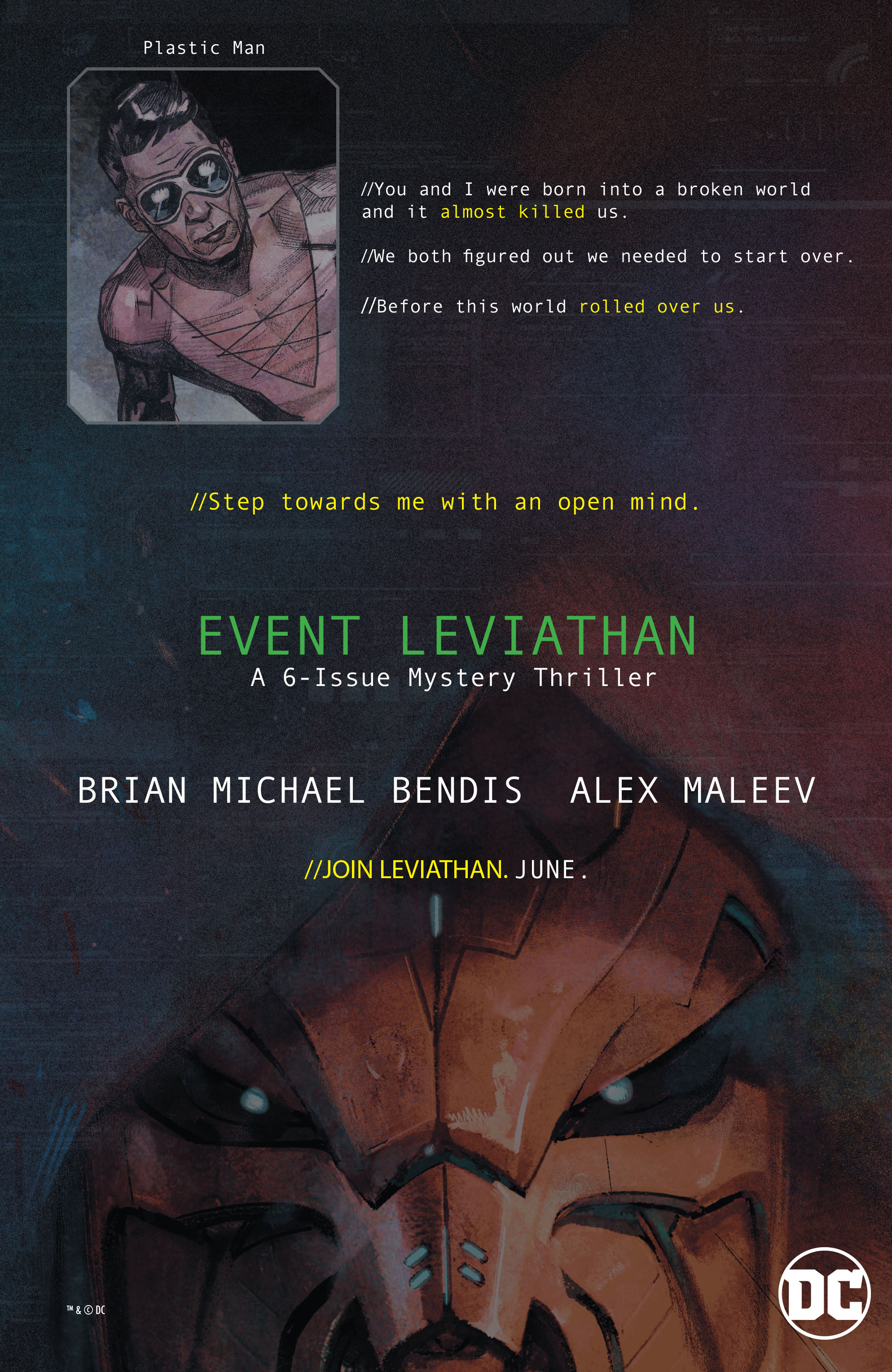 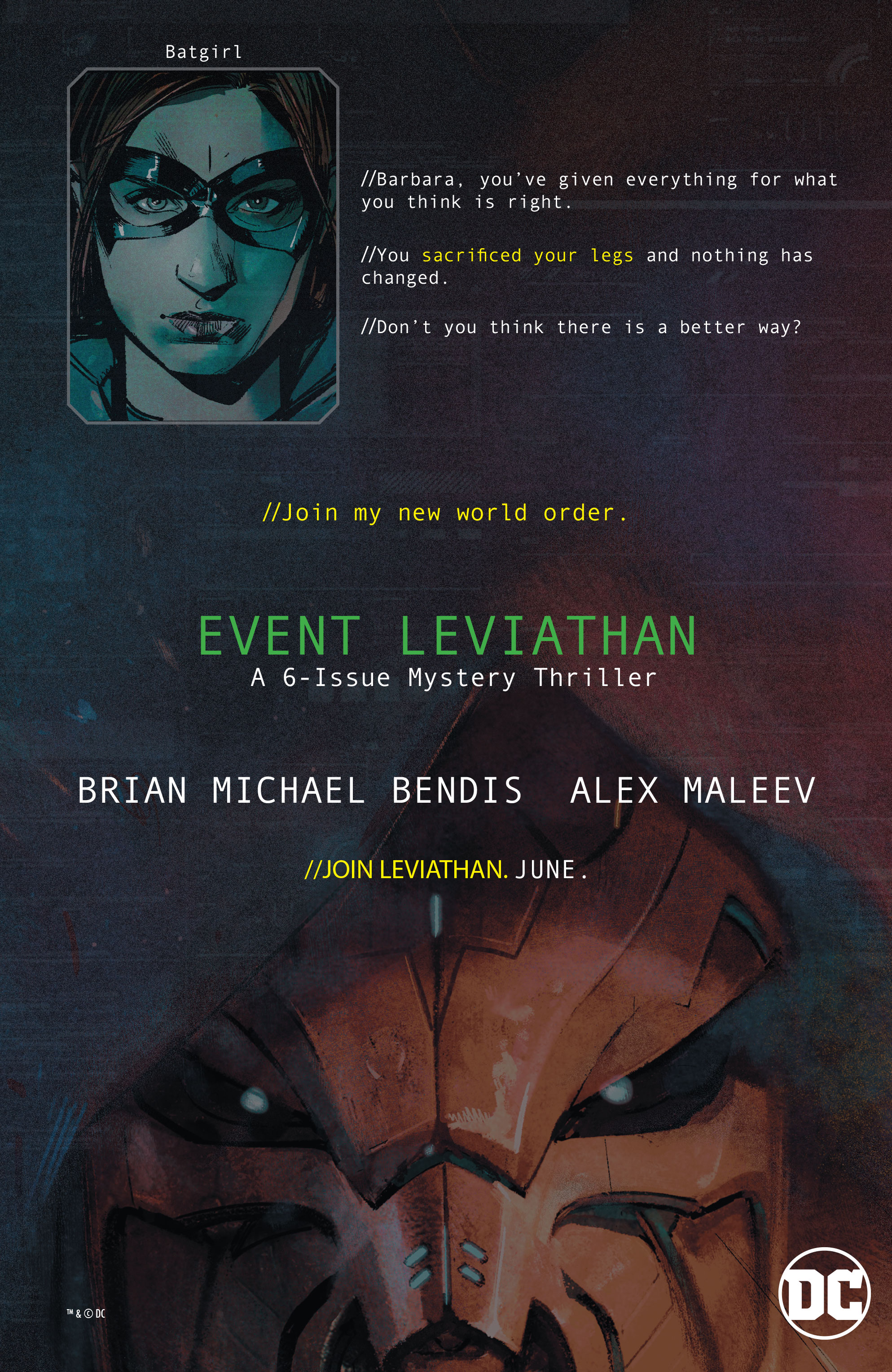 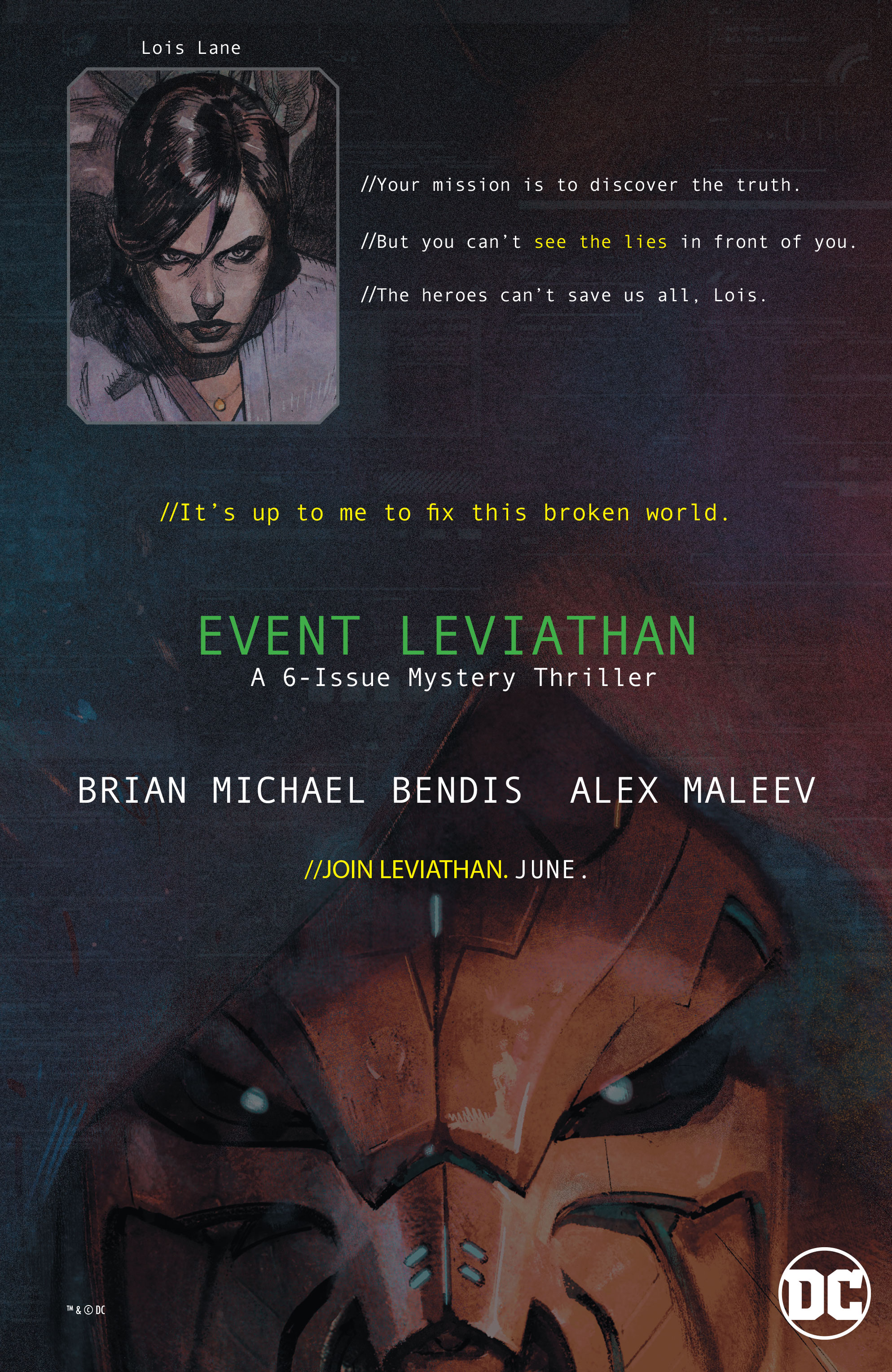 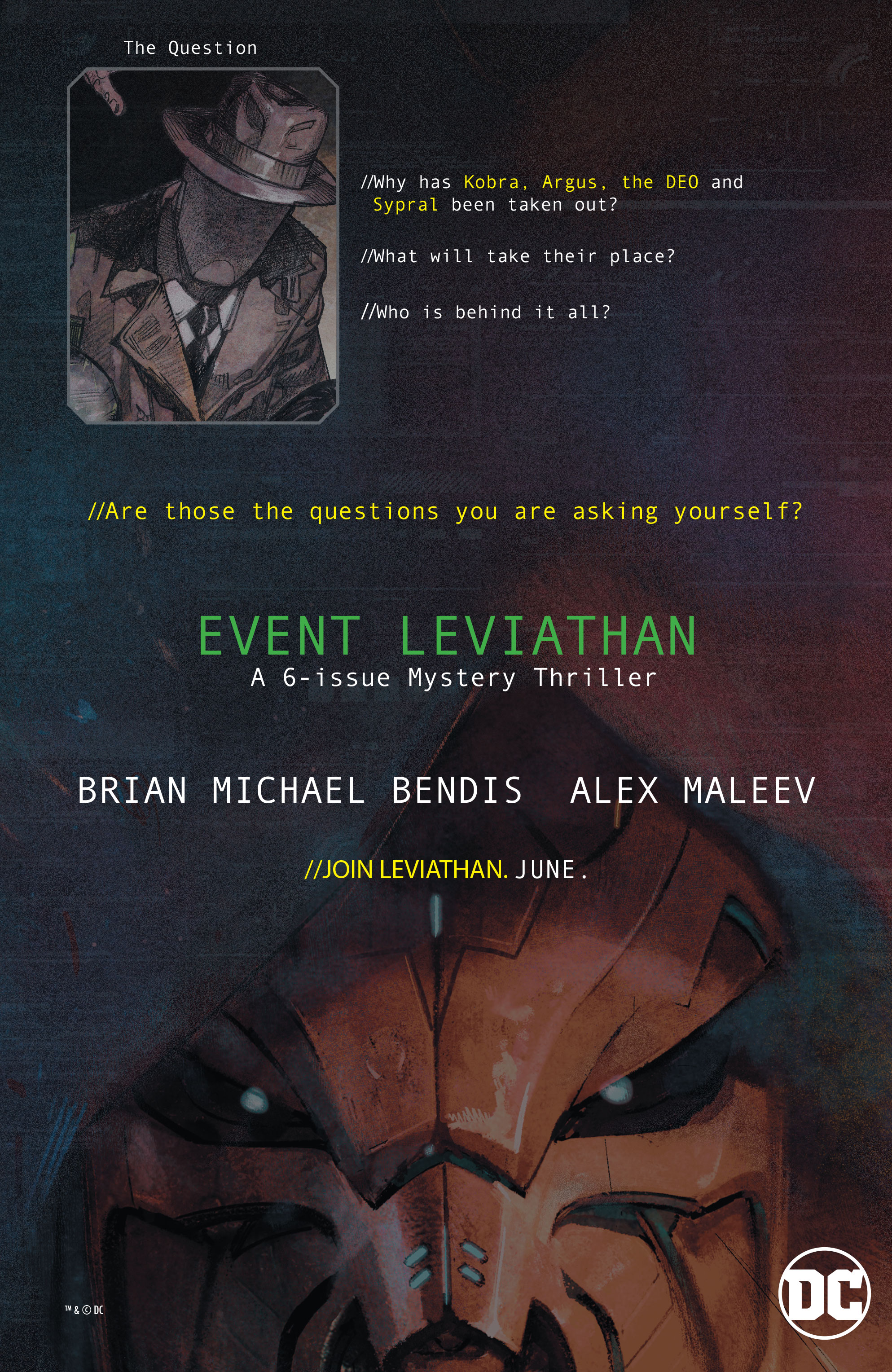 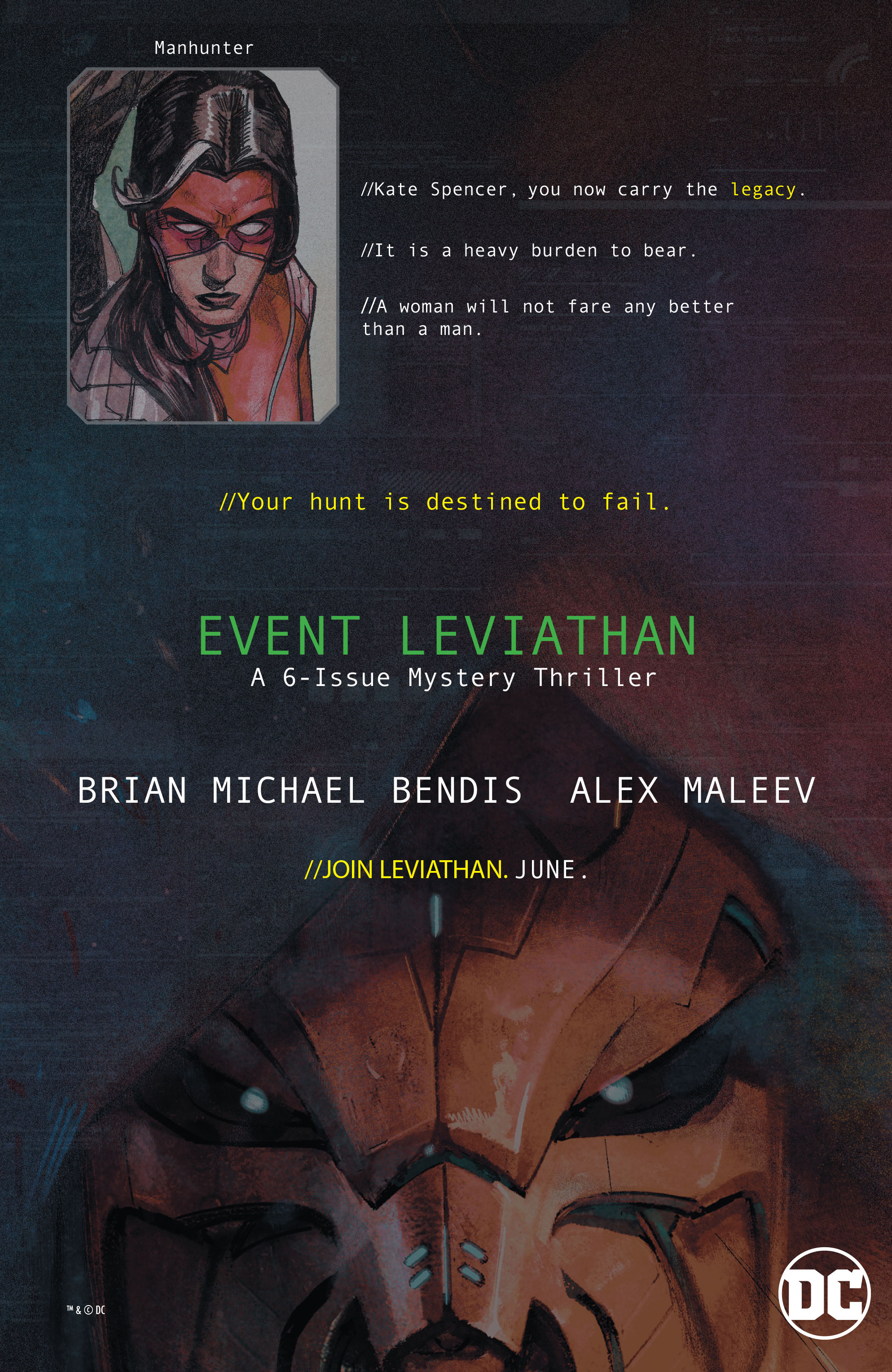 Leviathan has already been introduced in the latest issue of Action Comics but it won’t be until this “Mystery Thriller” launches that we fully understand their aims.

Bendis revealed more about the series in a recent interview.

“[By the end of the story] Leviathan will have risen and what it is and what they’ve done will have landed and so there are a lot of pieces that are going to shift and a lot of heroes are going to have a kind of a new purpose–like a new motivation, because the enemy will have revealed itself. He’s not selling villainy and he’s not selling antagonism. There are heroes and there are villains and then there’s this other thing right now. And that other thing isn’t playing by the rules dictated by the rules of the genre. That’s going to mess up a lot of people’s heads.”

Event Leviathan certainly seems like a crossover to look forward to. Are you excited? We certainly are. Let us know what you think.