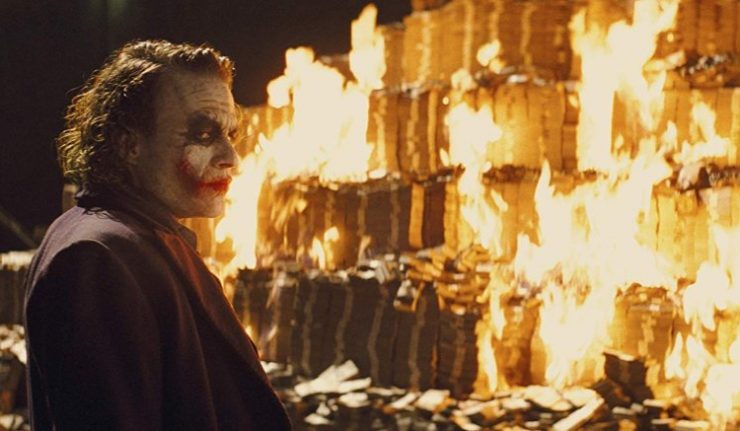 The year was 1988. Michael Keaton was announced as the actor who would be portraying the Dark Knight in Tim Burton’s Batman. You mean the guy who played Mr. Mom and Beetlejuice!? He’s a comedic actor! He’s going to ruin it! This is Adam West all over again! Why don’t they take Batman seriously?

The year was 2006. Heath Ledger was announced as the actor who would be portraying the Joker in Christopher Nolan’s Batman Begins sequel. That pretty boy is going to be the Joker? The guy from Brokeback Mountain? Great, the Joker is going to try and have sex with Batman! How could he possibly live up to Jack Nicholson! Worst casting ever!

The year was 2011. Anne Hathaway was announced as the actress who would be portraying Selina Kyle in The Dark Knight Rises. The girl from The Princess Diaries!? There’s no way this Disney movie actress can portray someone as complex as Catwoman! This is absolutely the wrong choice..

The year was 2013. Ben Affleck was announced as the actor who would be portraying Batman in Batman v Superman: Dawn of Justice. Daredevil was a terrible movie! Don’t let him ruin two superheroes! Great, Batman is going to have a Boston accent! Hey Ahlfred, where are the cah keys to the Batmobile?

The year is 2019. Robert Pattinson has reportedly been cast as Batman in Matt Reeves’ The Batman. The kid from Twilight!? Awesome, Batman is going to sparkle now, villains beware! The acting in Twilight is terrible! How could he possibly be as good as Ben Affleck!?

When are we going to stop? The examples above aren’t even all of them. Tom Hardy as Bane. He’s too small, it needs to be CGI! Gal Gadot as Wonder Woman. She’s too thin, Wonder Woman is an Amazonian warrior!

Why aren’t we trusting the people who have been put in charge of these projects to make the right choice? Fans came to know Michael Keaton as a comedic actor, but Tim Burton clearly saw something in him and were on the same page on how Batman would be interpreted in Batman. Now Keaton is considered one of, if not THE, best Batman on film. You know who else was considered a comedic actor? Robin Williams, yet he was capable of playing dramatic roles, Good Will Hunting, or terrifying roles, One Hour Photo. It’s almost as if actors can have range.

It was always said that Heath Ledger was Christopher Nolan’s number one choice to play the Joker. Guess what? Heath Ledger won a posthumous Oscar for his performance.

Some think Anne Hathaway completely stole the show in The Dark Knight Rises. Her transformation from meek maid to Selina Kyle, with just her facial expressions and tone of voice, sold almost every fan that they were in for a great performance from her.

People literally made petitions for Warner Bros. to take back their casting of Ben Affleck as Batman. Now people consider his Batman from Batman v Superman as one of the best parts of the movie and were sad to see him leave the role after Justice League.

The point is, stop freaking out when an actor you don’t like or are unfamiliar with is cast in a role for a movie you’re looking forward to. The people behind the movie do this for a living and see something in them that makes them believe they can deliver on something special.

So what if the Twilight movies aren’t good and Robert Pattinson’s acting in them is bad? Guess what, the last film in that saga came out in 2012 and he’s been in 14 movies since then. How many of them have you seen? Every film and performance from Heath Ledger certainly wasn’t a home run either.

Matt Reeves has become a respected director in Hollywood. Coming off the last two Planet of the Apes movies, fans are excited to see how he will handle the Batman franchise. That should mean that his belief in Robert Pattinson portraying Batman should give you faith.

Am I a big Robert Pattinson fan? No. I think the performances in Twilight are bad. Do I think he will be a good Batman? Why the hell not? I didn’t think Heath Ledger would be a good Joker and he was incredible. I thought we would’ve learned our lesson then and there, but the cycle just keeps repeating itself.

So let’s all just chill out. The movie isn’t ruined because of this casting. Let’s have faith that Reeves is putting together a great Batman film and that Pattinson (Battinson?) will pull off the performance of his career.

Oh, and let’s not forget. It’s not even official. Warner Bros. hasn’t released any official statements (at the time of this posting). It’s just been said he’s the leading actor for the role and is the guy that they want. I hope that Pattinson read all the online hate and officially accepts the role, just to prove everyone wrong.