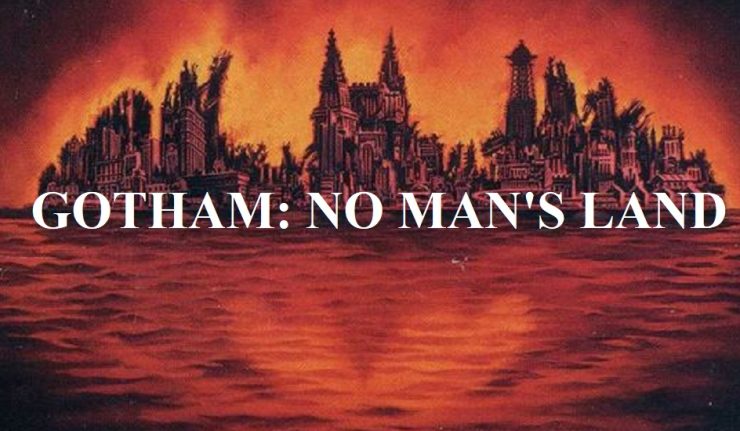 “They Did What?” the penultimate episode of Gotham has a new “No Man’s Land” trailer, which shows Jim Gordon making some tough calls to take on Bane!

We also get a glimpse of the motives behind Penguin and Riddler’s decision to join the fight. Whilst the attempt to overthrow Nyssa Al Ghul is in full swing. Bane’s plan to execute Gordon also takes a twist, as Jim calls the city to arms and attempt to stop total destruction of Gotham.

The episode’s synopsis gives us a idea of what to expect as the “No Man’s Land” story arc, and the show itself, draw to a close.

As Bane (guest star Shane West) enacts his final plan for Gotham’s destruction, Gordon rallies his former enemies to save the city. Meanwhile, Nyssa Al Ghul (guest star Jaime Murray) kidnaps Barbara’s newborn daughter, with ambitions to raise her as her own. Then, Bruce’s decision to leave Gotham points him to his destiny, while devastating Selina in the all-new “They Did What?” episode of GOTHAM airing Thursday, April 18 (8:00-9:00 PM ET/PT) on FOX. (TV-14 L, V)

Are you excited for the penultimate epsiode? Let us know you thoughts on the trailer.