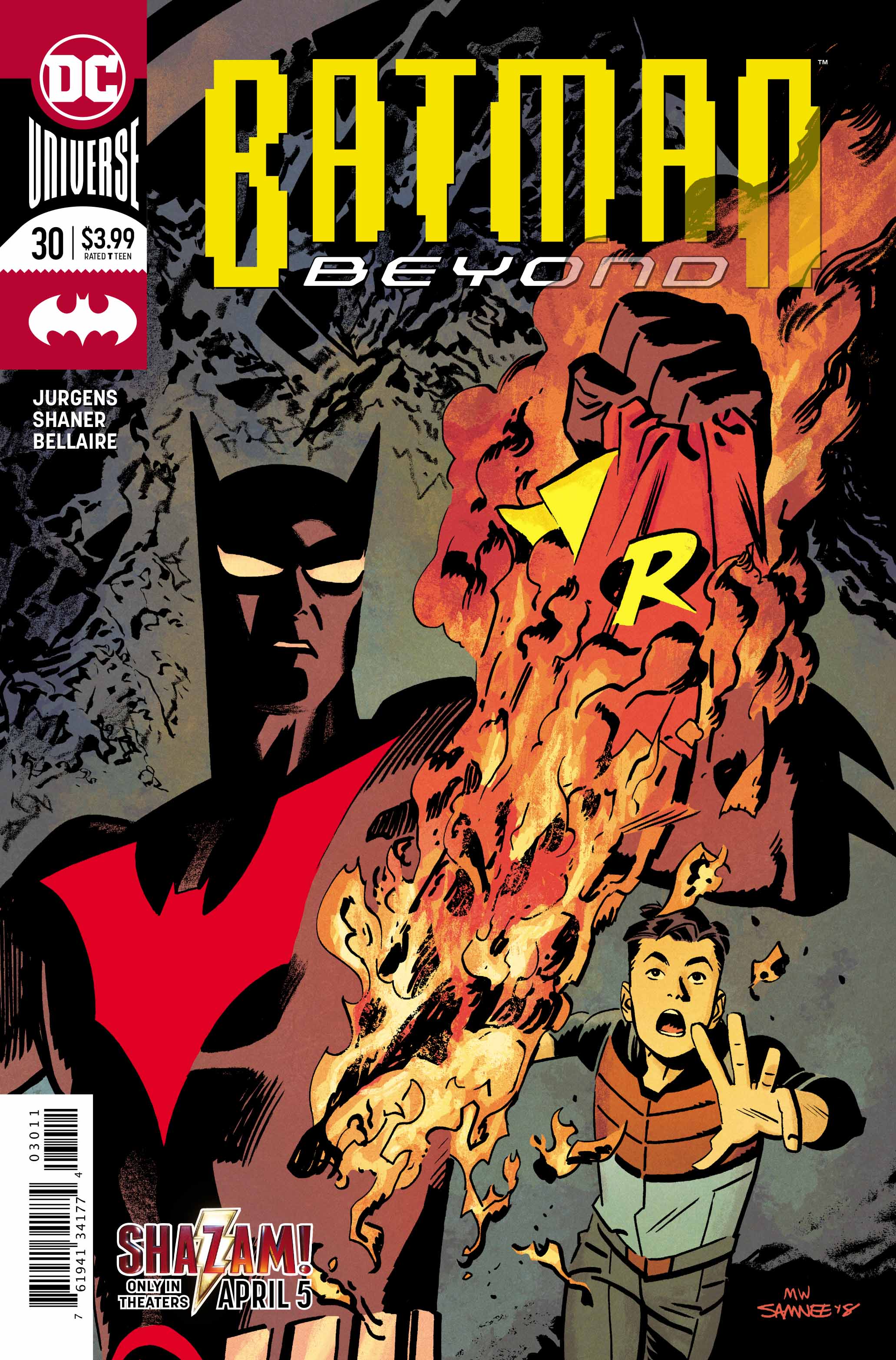 Any Batman reader can open this issue and immediately feel the tone of everything that came before. The seriousness of the Joker returning put the entire Bat-family in such a state of tension that everyone’s now lost on how to proceed. This starts the story in a very interesting place. The threat used to be a figure; one of fiction’s greatest villains. In this issue, we see the consequences of how people in this lethal business live with it.

The cartoonish style in the opening pages, when compared to the rest of the issue, really pops. We get a vision of the final joke we were all worried would deliver its lethal punchline. The horror of the scene, combined with how garish it looks, really twists the reader’s mind. That was always the deal with this issue. Fighting a villain is always fun, comic-book story telling. Characters fighting against themselves and how they feel reminds you that they’re people with feelings and troubles. For anyone involved in something as traumatic as what Batman and Robin get up to – past or future – then the stresses of that life can scar more than the body. 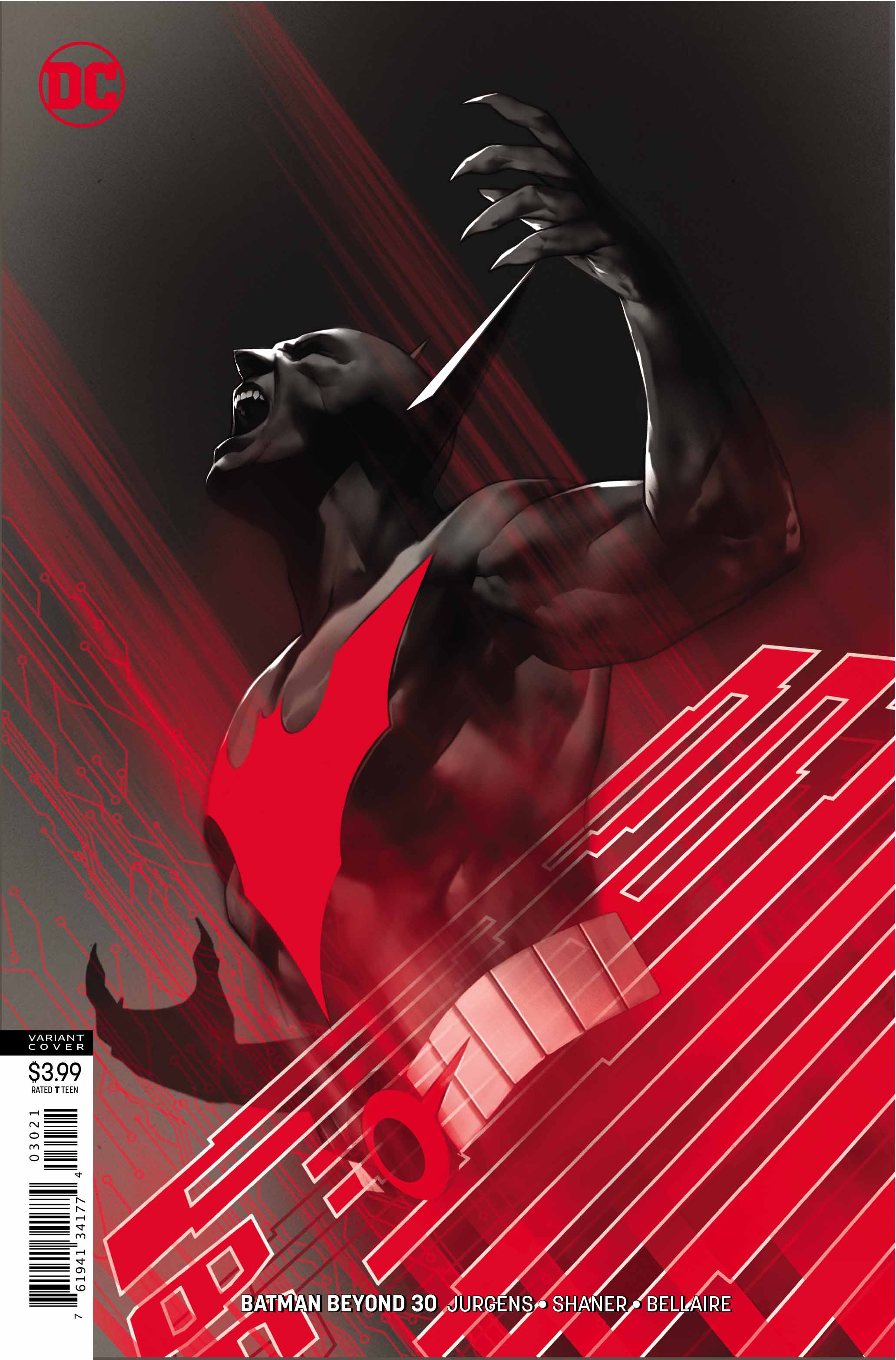 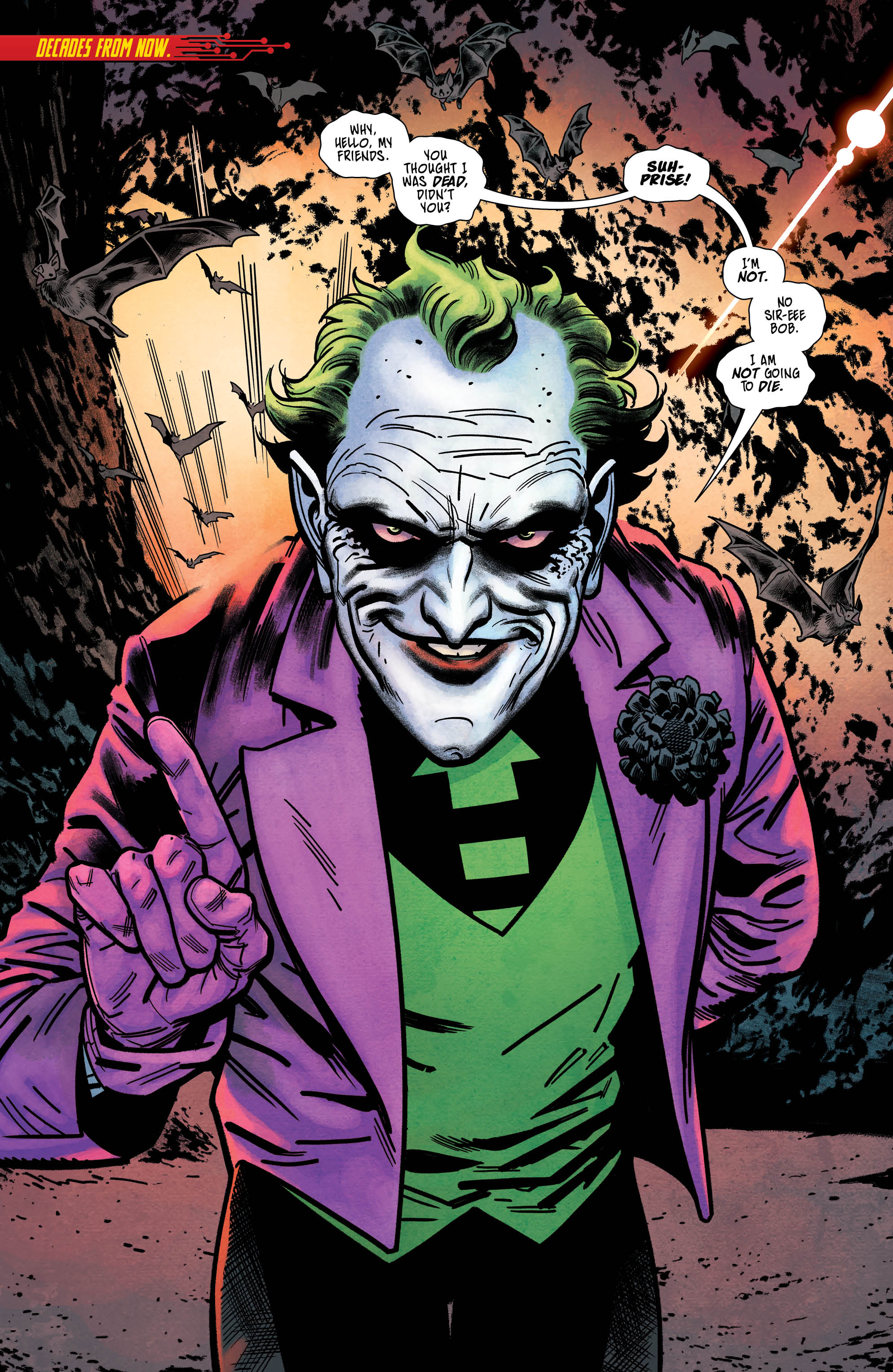 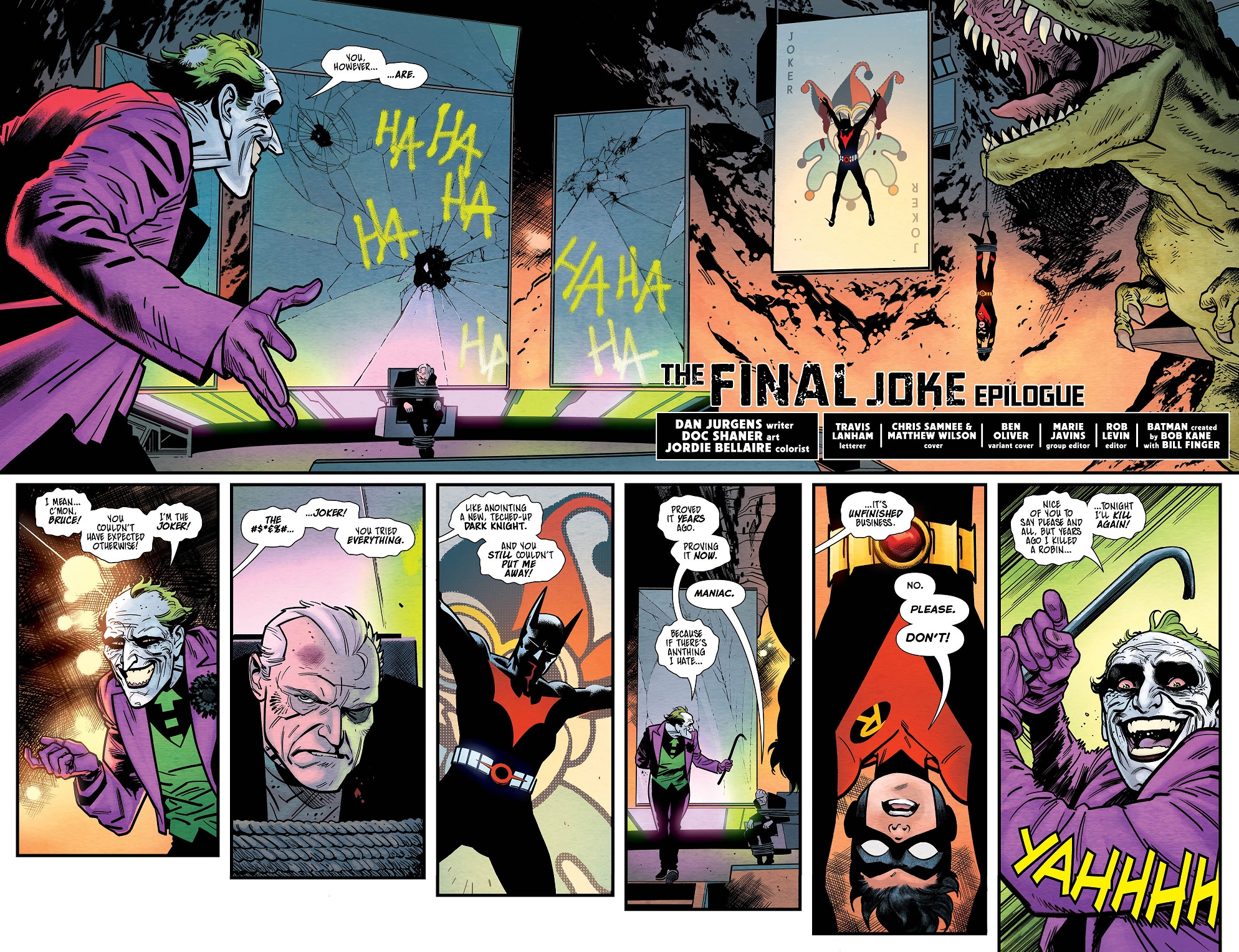 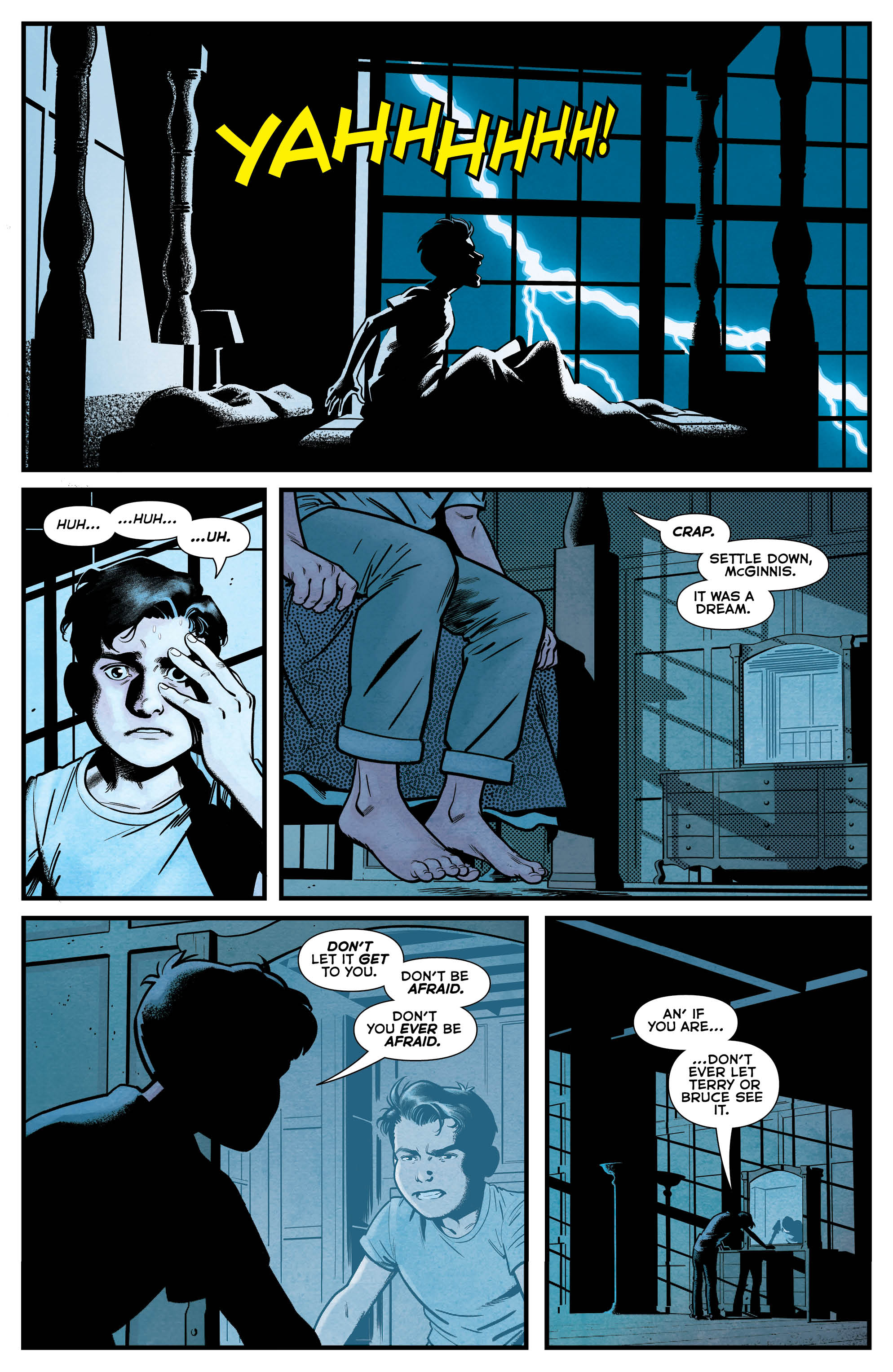 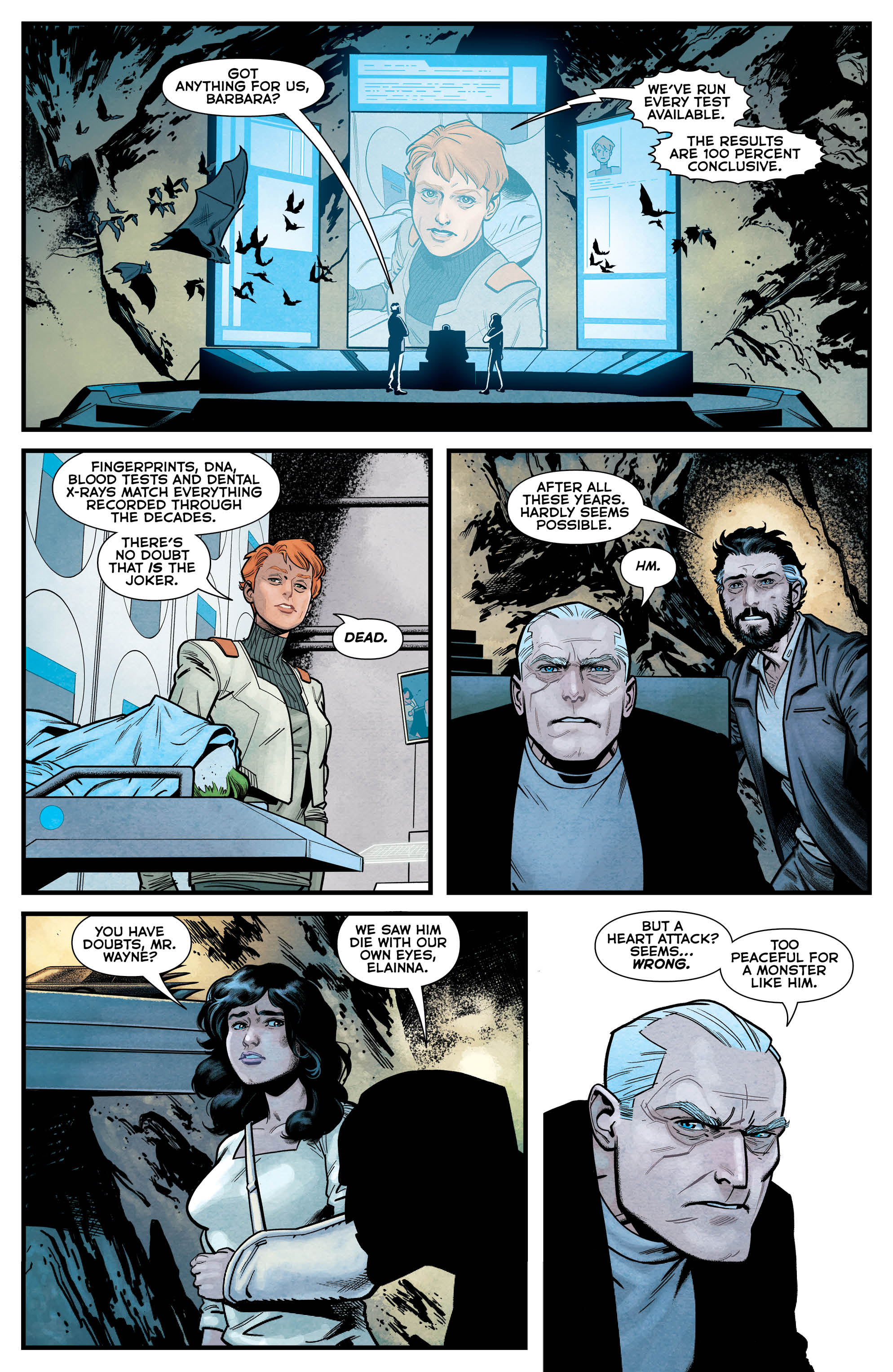 I’ve known many comic book story arcs to take something in a similar vein of seriousness and underplay how important it is. Yay! The bad guy’s back in Arkham. Tune in next week for more antics. The simple act of dedicating one issue to the consequences – to characters acknowledging just how heavy the things that just happened were, adds realism that turns the previous five issues from great comic book story telling, into great story telling, period.

Now the title is open to explore even more, and the future looks bright in Neo Gotham.