Happily blindsided. That’s how I feel about the upcoming Batman vs. Teenage Mutant Ninja Turtles animated adaptation. The first crossover comics series was first released back in late 2015 and it’s already being adapted by WB Home Entertainment, but I suppose that might have always been the plan.

TMNT, while originating from comic books, has always been maintained a fairly popular presence in animation since the early 90s. With WB Home Entertainment churning out a Batman movie every year, it makes total sense for DC to have optioned both, likely around the same time. Animated movies take several years to produce, so I would not be surprised that the movie was given the greenlight not too long after James Tynion IV and Freddie Williams II completed work on their first comic-book crossover series.

The trailer dropped seemingly out of nowhere earlier this week, when it was announced just last month! Like I said, I was pleasantly blindsided, but in a good way. That trailer was pretty glorious. Just a day it dropped, WB Home Entertainment released a ton of news for the film, including a release date.

We’ll be partying it up with the Bats and the Turtles come summer time, right when the kiddies get some time off from school in the States. You can grab the digital copy on May 14, while the physical version will be out on June 4.

I know that you guys want to know who will be playing Bats and The Joker, considering who this website caters to. In a cinematic first, Troy Baker will play both Batman and the Joker. No stranger either role, Baker has played Batman in Telltale’s Batman video games and performed a mean Mark Hamill impression in Batman: Arkham Origins. As for the Turtles, Darren Criss of Glee fame will play Raphael, SNL‘s Kyle Mooney will be comic foil Michelangelo, Grace and Frankie‘s Baron Vaughn will voice tech genius Donatello, while V.O. veteran Eric Bauza takes the TMNT leader, Leonardo.

Check out the cover below: 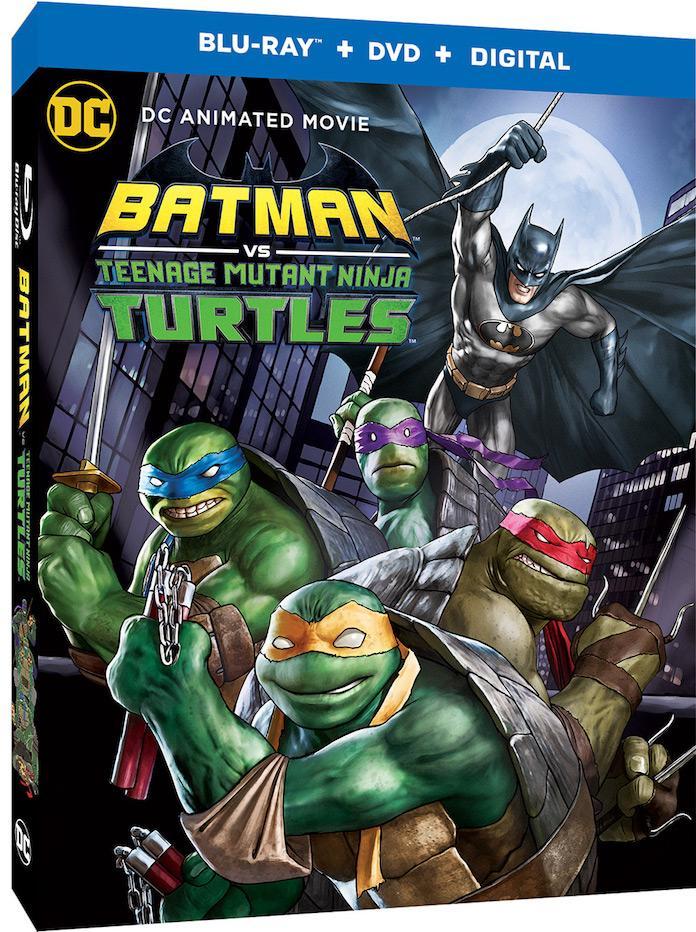 Check out the extras you could own on the Blu-ray/4K releases:

Now, what stuck out to me was definitely Batman: Hush. That’s going to be a really fun one to take a peek at.

Who would have known that such an odd pairing could be so darn good?

J.K. Simmons Still Ready To Return As Jim Gordon If Called Upon