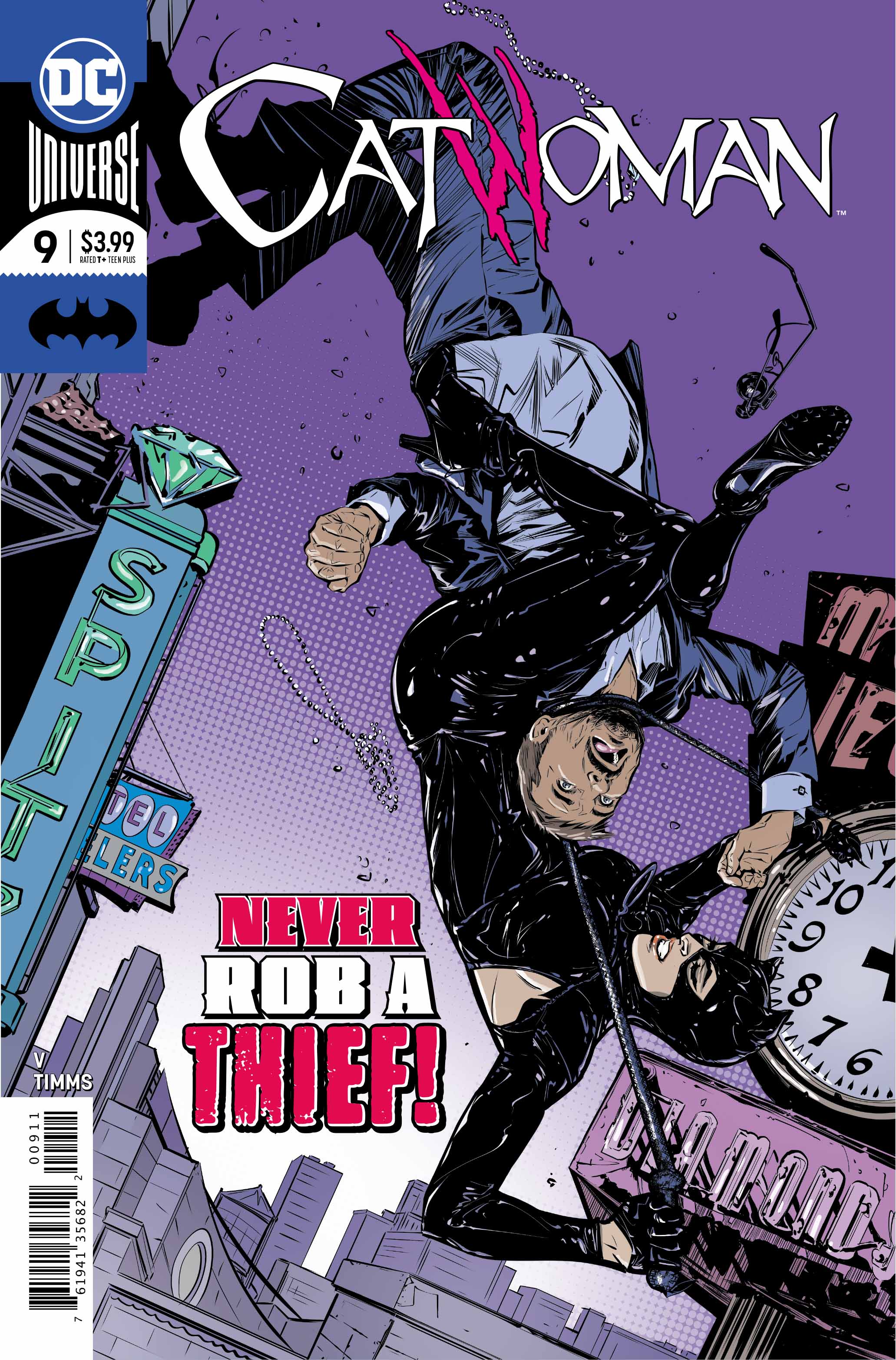 After the stellar two part story from Joëlle Jones a few short weeks ago; this issue is bit of a departure. Not a bad one, but a turnabout. The greatest thief in DC Comics isn’t opposed to a good heist every now and then, it’s how she lives. Ram V presents us with a deep story about Selina pulling the wool over our eyes – as well as over the eyes of many characters in the story. After an issue like this, she’d be welcome in a gang with Sandra Bullock.

One thing I missed in this issue, compared to the run so far, is Joëlle Jones’ stellar artwork. The pulp and deceptively simple way the issue focused on movement and emotion just made Catwoman as a title look completely different to everything else on shelves. This isn’t to say that Timms hasn’t done a great job in this chapter, though. Seeing his style, so glossy, clear and stylized, is very welcome. It makes the issue feel Hollywood; and gives the issue the heist movie feel the cha cha deserves. 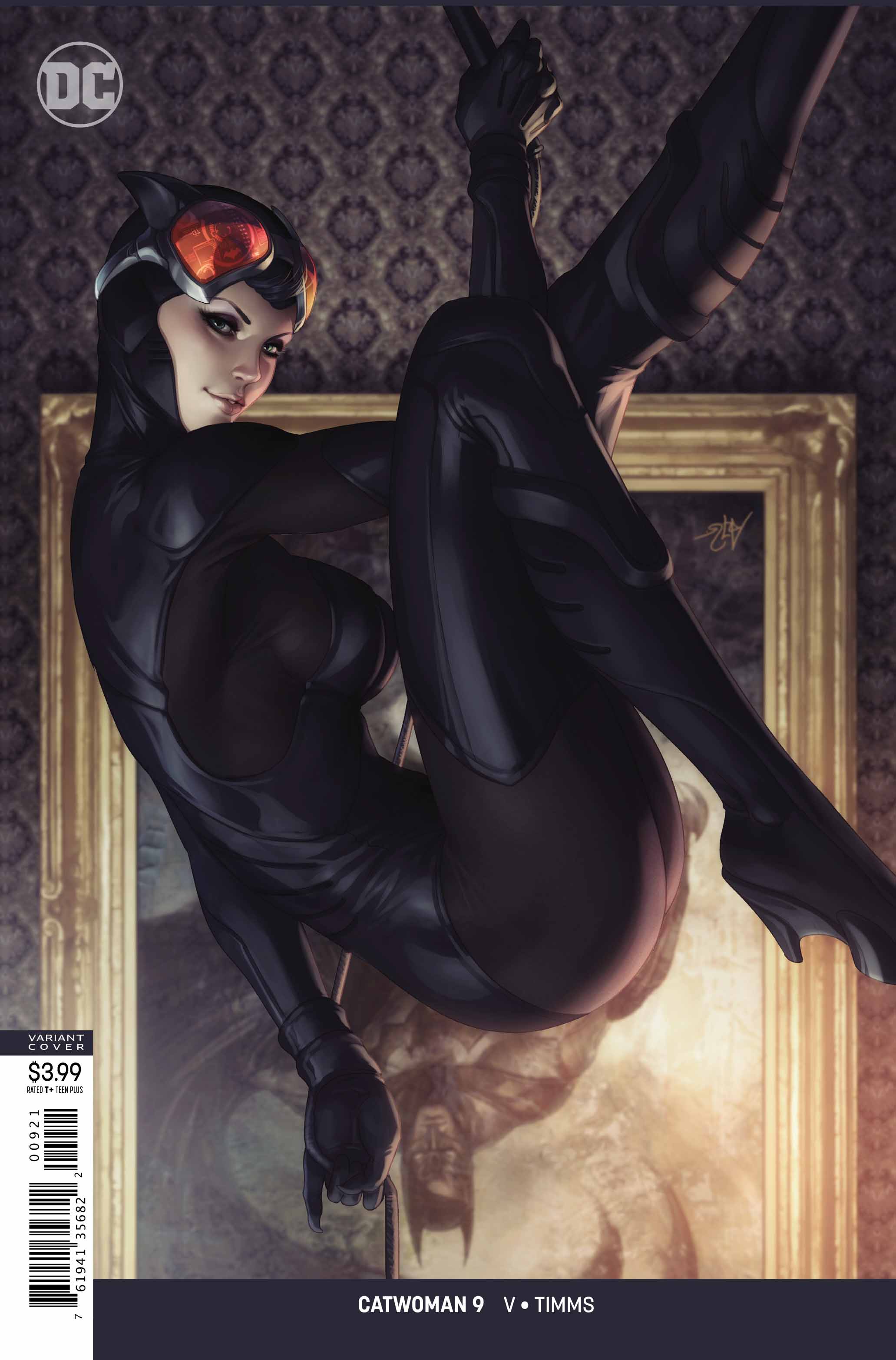 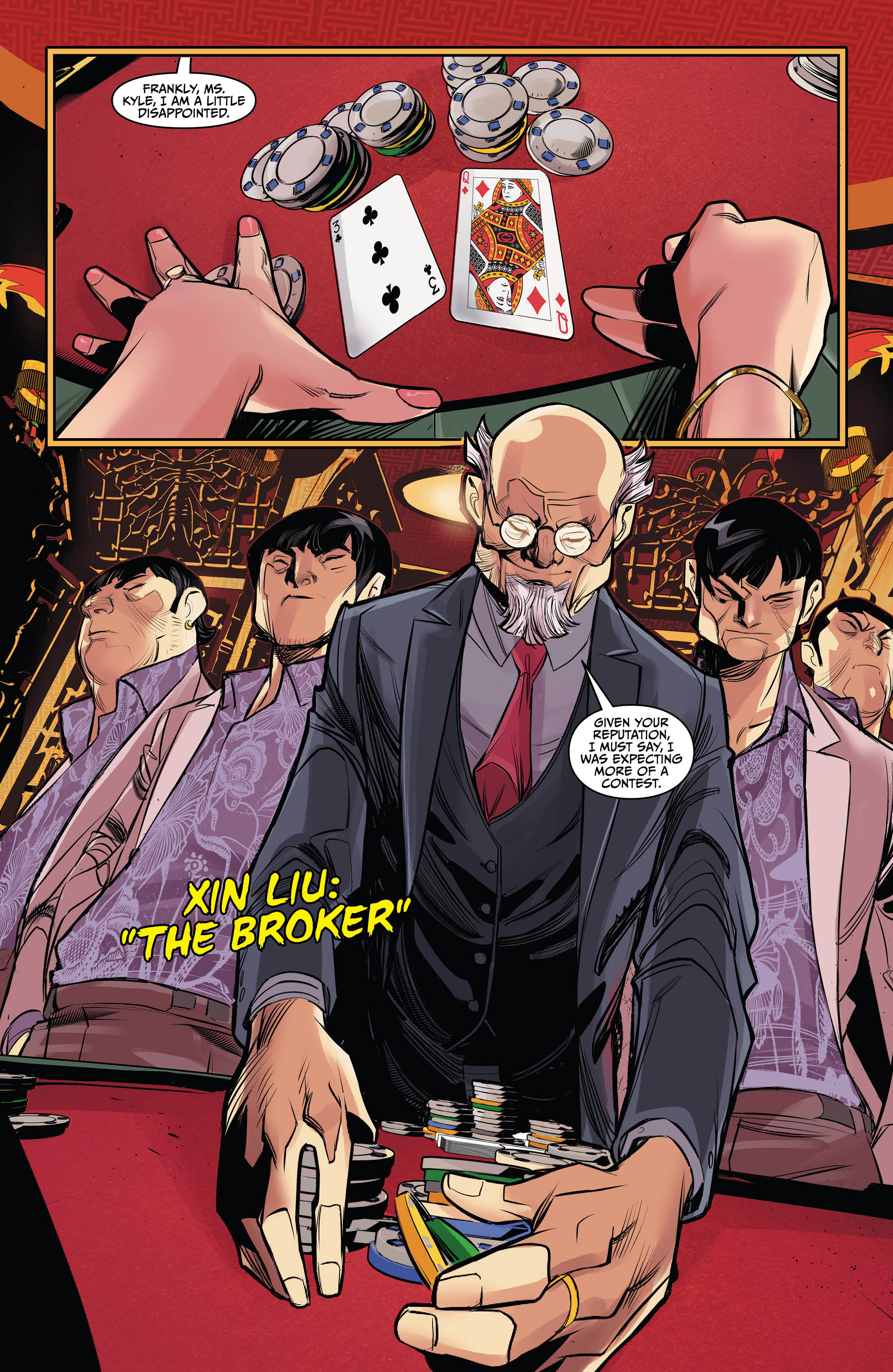 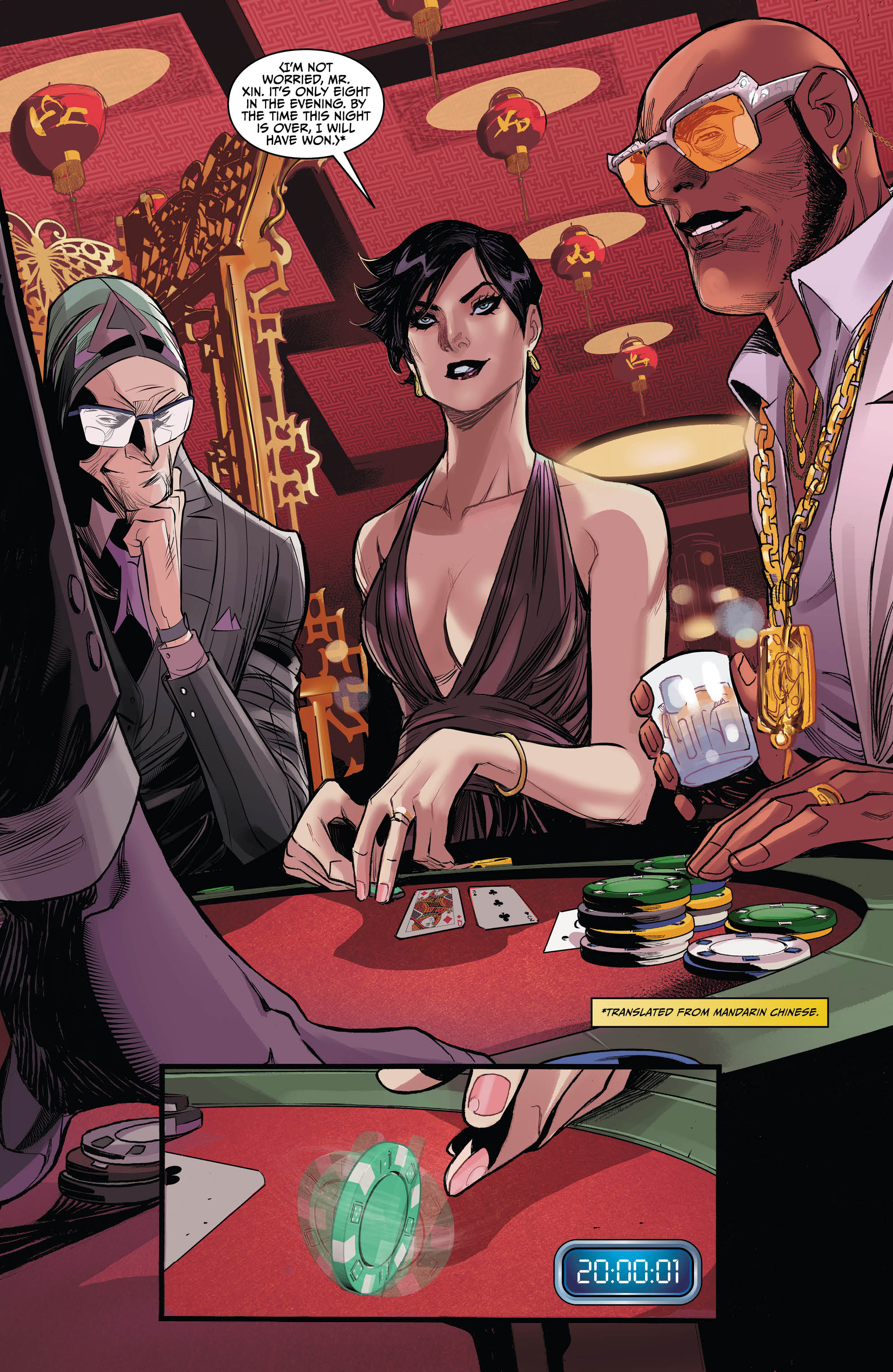 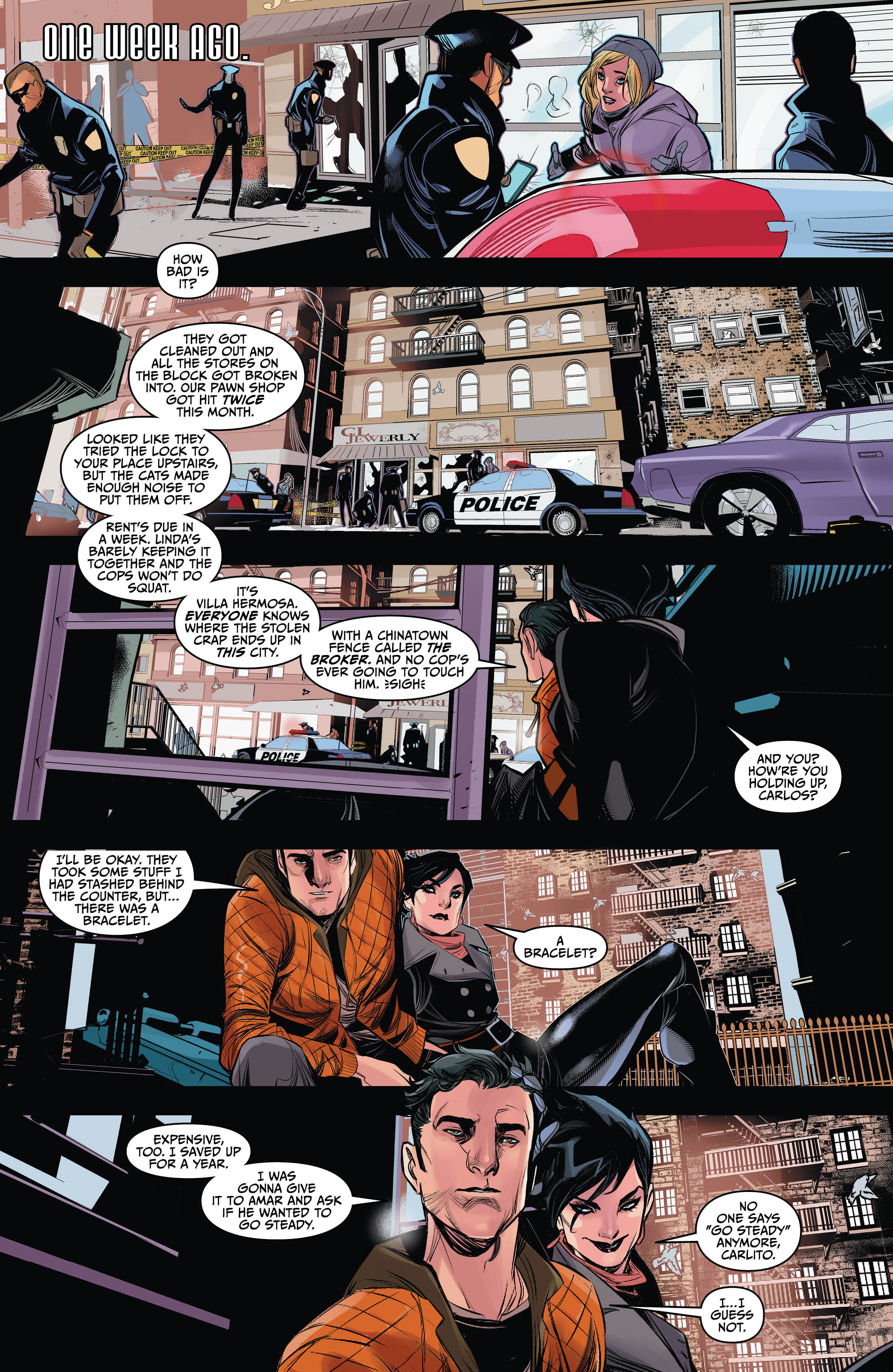 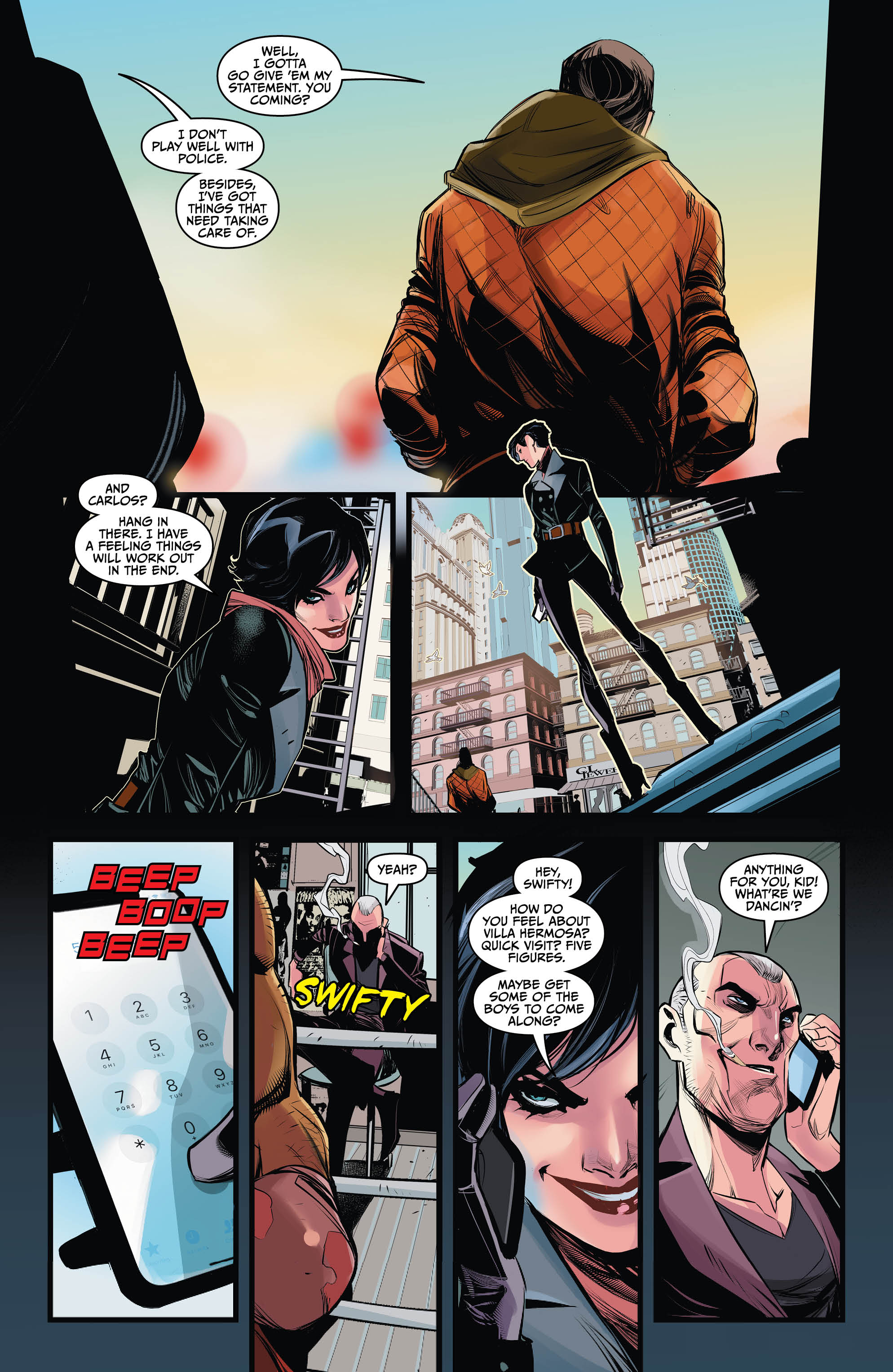 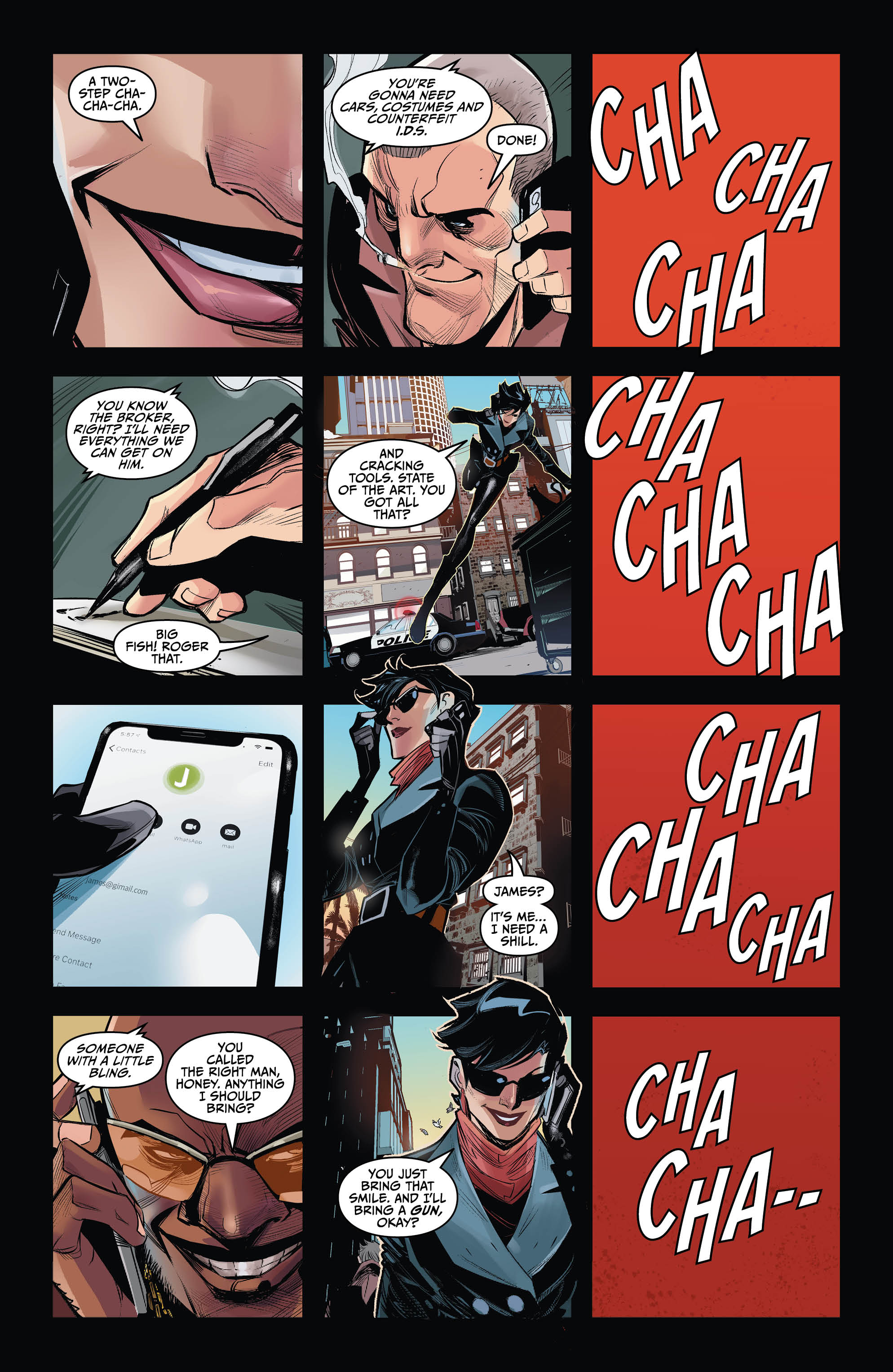 A lot of brave things have happened. It’s risky to jump between creative team, but it’s even more bold to change teams after a change in story direction. I said in my review for the previous issue that they needed to stick the landing, and this creative team has done that in spades here. Sure, I can see the threads of an ongoing story in the characters and setup here, but I can also see elements from the past issue moving forward. I can imagine some combination of both with unforeseen consequences. The title is as free now as it’s ever been, making it an exciting read.

DKN Spotlight Review: The Batman Who Laughs: The Grim Knight #1