Gotham‘s fifth and final season is ploughing through Batman’s history like a combine harvester. It’s pulling out classic characters, highlighting some, and destroying many others in its wake. Bane is one of the few villains who has decisively defeated the Dark Knight in the comics, so his TV appearance has created a huge buzz amongst Batman fans.

Shane West, who was introduced as Eduardo Dorrance in episode five, captured many of Tom Hardy’s mannerisms in his debut, something which I commented on in my review of the episode. In a recent conversation with ComicBook.com, the actor talked about his appreciation of the Nolanverse version of the character, and about his take on the iconic villain.

What they did in Chris Nolan’s version I thought was a very cool idea. We do our own take on that with the mask, which I personally absolutely love. You find out quickly, you’ve already seen one of the episodes, that this is something a little obviously different. It kinda grows into this.

When (this happens), you’ll see that he needs the mask. It’s not just the venom that’s coursing through his veins to pump him up and kind of keep him going. It’s almost, in our version, it’s he needs the mask to also breathe and live. It’s kind of more of a deformed, steampunk version of Eduardo Dorrance. 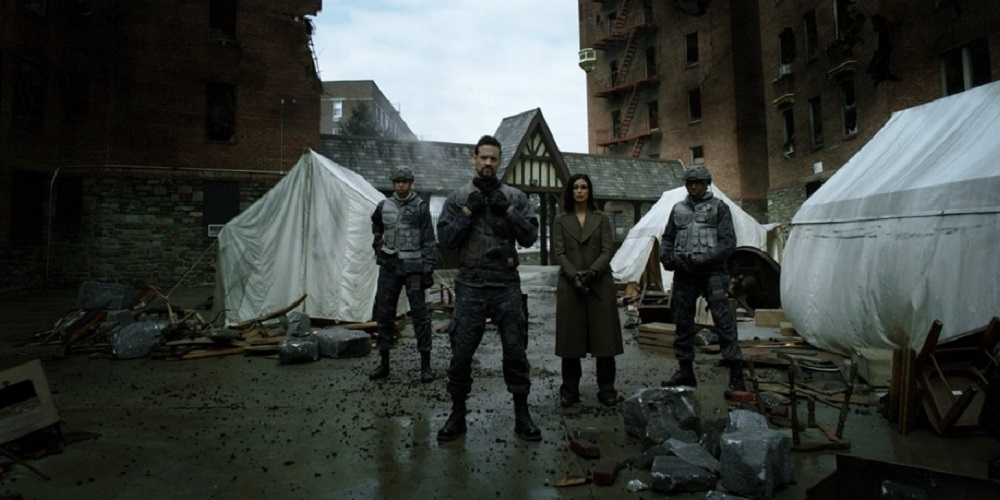 On the precipice of Gotham’s reunification, Gordon and Bruce find themselves face-to-face with a newly transformed Eduardo, and discover the real mastermind behind the city’s current chaos. Meanwhile, a pregnant Barbara turns to Lee for help in the all-new “I Am Bane” episode of GOTHAM airing Thursday, March 21 (8:00-9:00 PM ET/PT) on FOX. (GTH-508) (TV-14 L, V)

The actor’s enthusiasm and commitment to the role is exciting. Who knows? Perhaps in the future fans of Gotham will come to regard him as “Bane West.”

Harley Quinn Is Back… Larger Than Life!