The perpetrator behind the heinous destruction of Haven has been revealed… or has he? Over the last few weeks we’ve witnessed Edward Nygma suffering from blackouts; awakening from events that he has no memory of, which has left him, and the audience, baffled. This week we get answers, and they’re very Strange indeed. 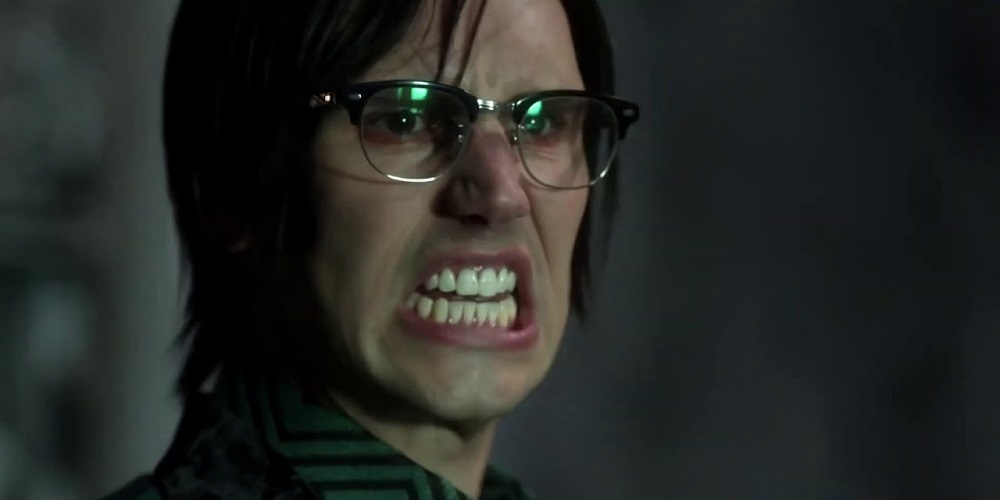 I’m Of Two Minds About The Whole Thing

This was without question one of the best episodes of Gotham I’ve ever seen. Not just this season… ever. The writers have both proven everything that I was thinking was correct, but also added a twist so unexpected that it’s left me reeling. I’m usually one of those annoying people that guesses things and works them out before the end of the show/movie. Not this time. A look at the cast list, and thinking back to the end of season four, will reveal the “Who” behind poor Edward’s recent woes, but the “Why” is a whole different story.

As you can imagine, Cory Michael Smith gives an electrifying performance this week. The man is shockingly talented, as is his co-star and partner in crime, Robin Lord Taylor. Robin’s reaction at hearing the revelation of the identity of Haven’s destroyer is beautifully acted. Kudos to both gentlemen. The scenes where they finally come face to face are pure gold. 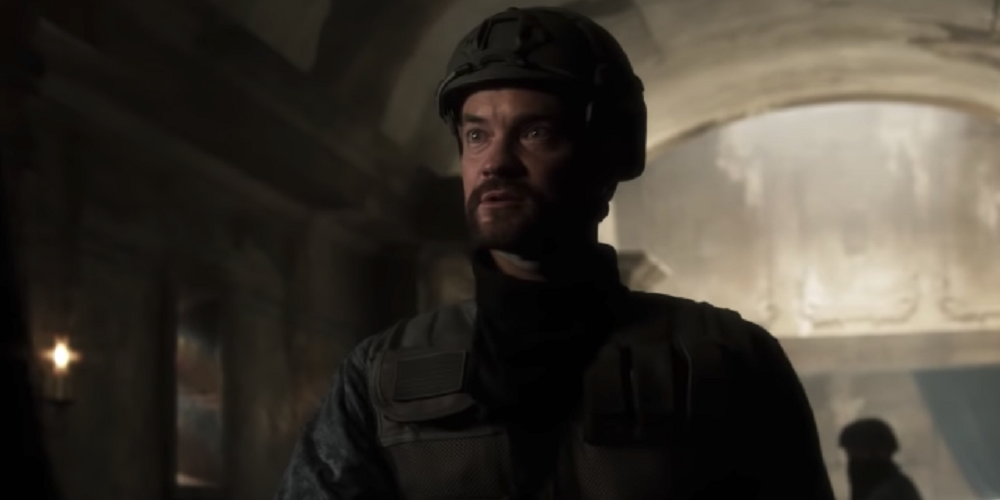 Another glance at the cast list for this week also reveals the long awaited guest appearance by Shane West. Any regular Dark Knight News readers knows that he has been brought on the play a legendary Bat-Baddie (or possibly said villain’s father). Time will tell.

I’m a fan of Shane’s work; from League Of Extraordinary Gentlemen, through Nikita, and E.R. so I was pleased to hear that he’d be appearing in Gotham.

I was not disappointed.

Here is an actor who has clearly done his research. If you watch the episode closely he frequently stands with his elbows at his side, holding his lapels. Another actor made the very same gestures when playing this character (or his son?) in the movies. Subtle, clever and a wonderful homage. Nicely done.

If you still haven’t guessed the villain, you can’t call yourself a Bat-Fan if the episode’s title hasn’t given the game away. I’m glad that Gotham finally spelled it correctly this time (Spanish speakers like myself suffered with the original spelling of Pena Duro for decades), even if they did spell it Pena, instead of Peña. English keyboards can’t easily produce an “ñ” so I’m prepared to overlook this small incongruity.

Shane plays Eduardo, an old war buddy of Jim Gordon’s. The two men share a long history, which West and Gotham veteran Ben McKenzie act out brilliantly. We don’t know this Eduardo guy at all, but the performances from both men really makes you believe that they’re old friends. 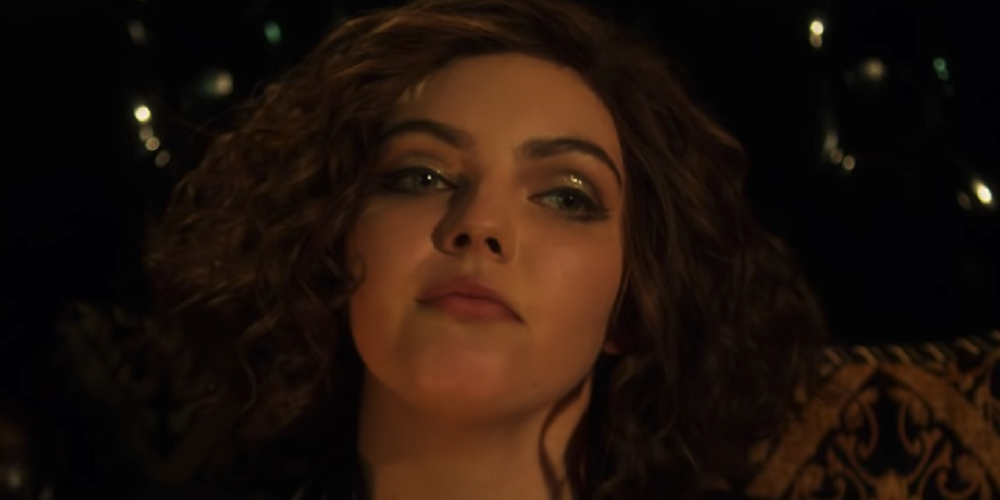 We cannot have an episode of Gotham without a glimpse at the tempestuous relationship between Bruce Wayne and Selina Kyle. Once again we get great emotion from both David Mazouz and Camren Bicondova. These two young actors are so talented. I would truly love to see them play the grown-up Bruce Wayne/Batman Selina Kyle/Catwoman on the silver screen in years to come. David has grown into the living embodiment of his character, and Camren is the perfect hybrid of the comics Selina and Michelle Pfeiffer’s classic version from Batman Returns.

The writers also give us very clever nods to the original source material this week. Seeing Barbara as an information broker and the person who knows everything that goes on in Gotham City is incredibly smart writing. In the comics we have another Barbara, who as Batgirl and Oracle, has been the go to person for intel and information for virtually every superhero in the DC Universe. One is on the side of the criminals, and the other is one of the world’s greatest heroes. Brilliant. 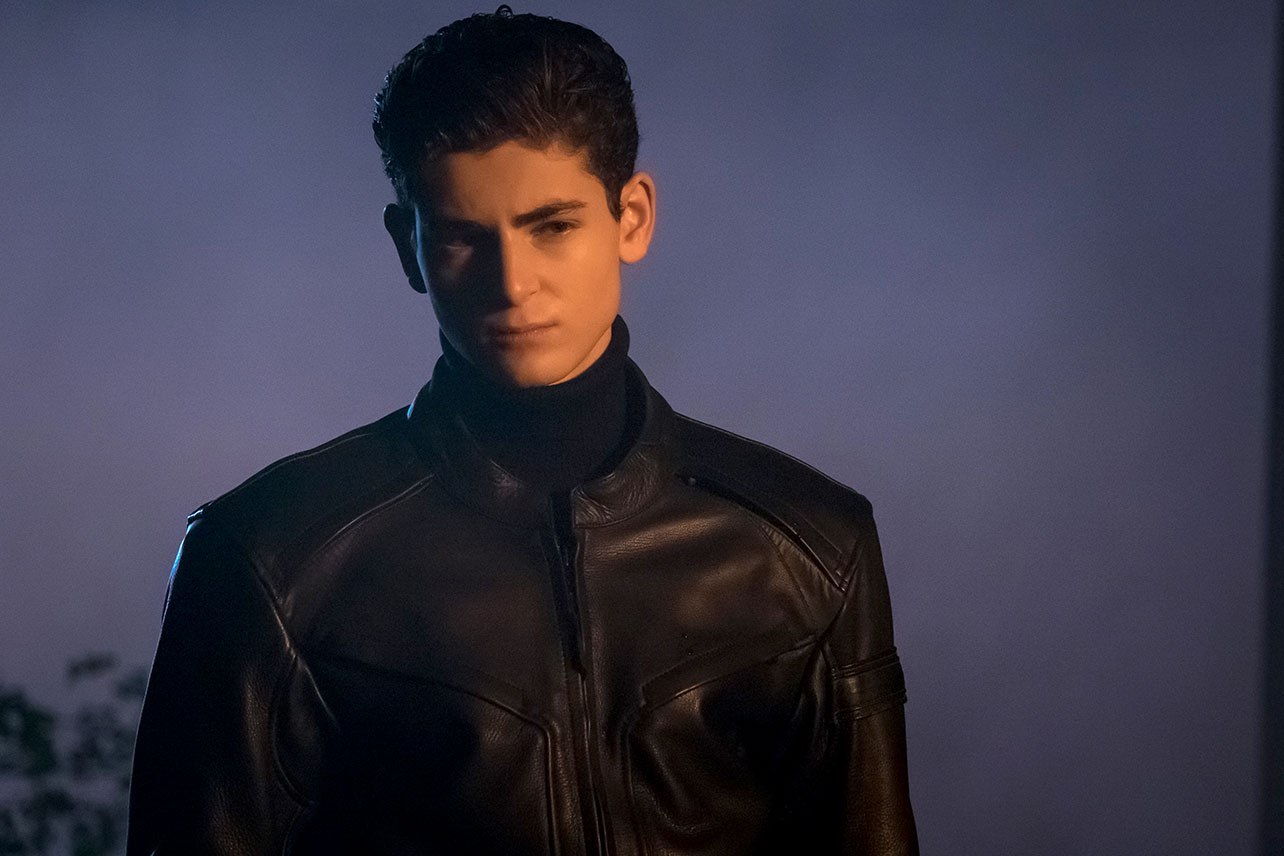 This season is ticking every single box.

Beautiful direction; every epsiode feels like a movie. Check.

Outstanding performances; a shout out to Donal Logue this week, for his great advice to Bruce, and for his reaction to the legendary “Now you see him… ” vintage Bat vanishing act. Massive check.

Bruce: I see people losing the will to do good, people I love. What if we don’t make it out of this?

Bullock: I’m not gonna lie, kid. These past few months I’ve wondered the same thing. When I don’t know what to do, I come up here and I dig into these case-files, I sit my ass down and I get to work.

I used to hate this kind of paperwork, now it’s the only thing that keeps me going.

Bullock: Because the little things matter. Act by act, deed by deed… it means something. Even if no-one notices… or cares.

I don’t know if any other line of dialogue more concisely or perfectly describes the code Batman will eventually live by. The writing in this series, its scope and every single character, old and new, are all at an all-time high. This old fan is very, very happy.

‘The New Batman Adventures’ And ‘The Batman’ Coming To DC Universe