Gotham fans, it seems that the beginning of the end is here. The farewell season of Gotham premiered last Thursday and it looks to be a bittersweet time for the Gotham faithful.

In the season premiere entitled, “Year Zero,” as expected, three months after the explosive events of the season 4 finale, the series went the route of “No Man’s Land,” in that with Gotham essentially cut off from the rest of the world, the city has been divided to territories governed by major criminals. Thankfully, Jim Gordon and the GCPD have managed to take control of one district and continues to do their best to help people in need. A fair amount does transpire in the episode, but rather than spoil it, you should watch it yourself.

While fans are still reeling from the events of “Year Zero,” Fox released some promotional photos for the third episode of season 5, entitled “Penguin, Our Hero.” 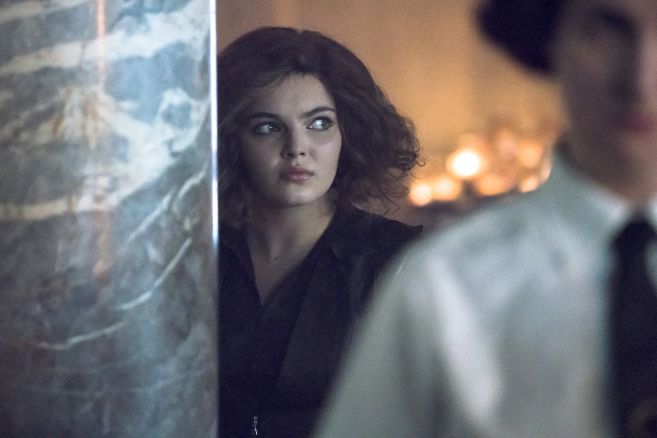 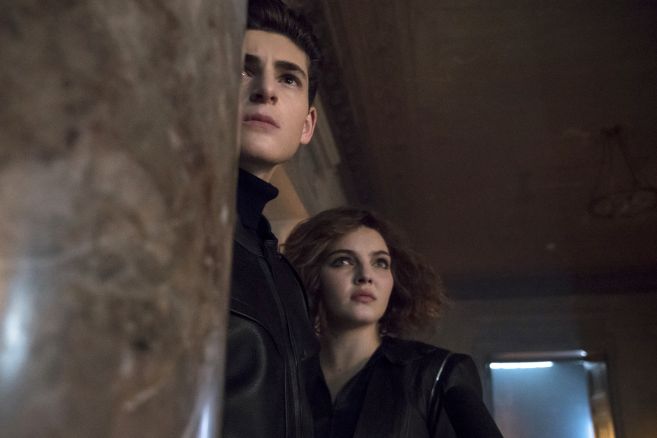 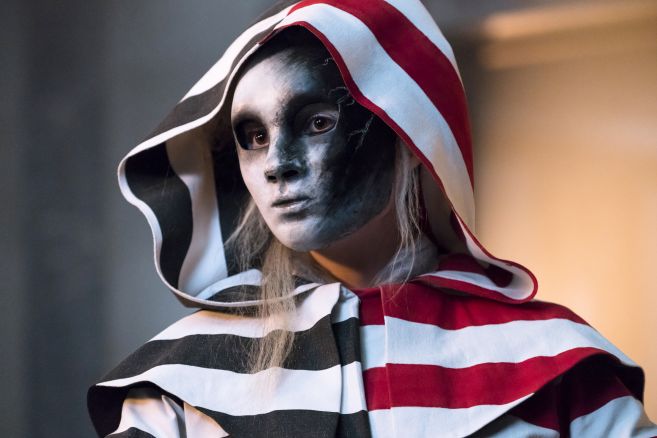 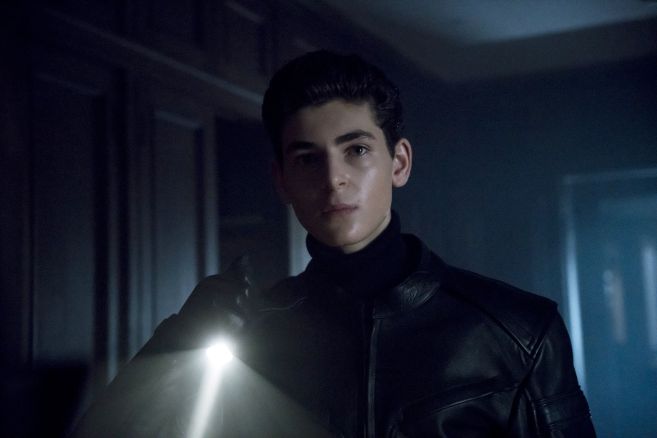 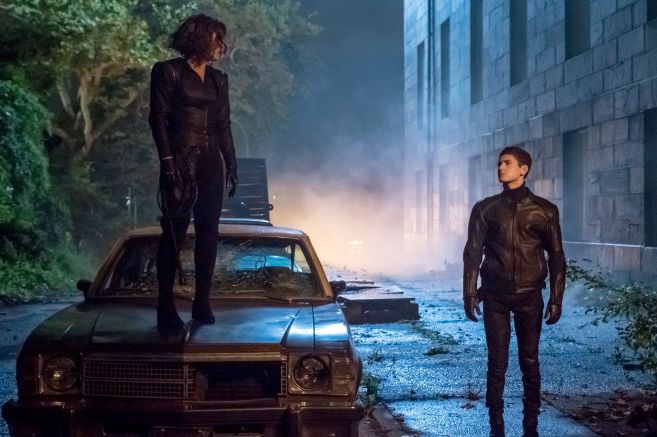 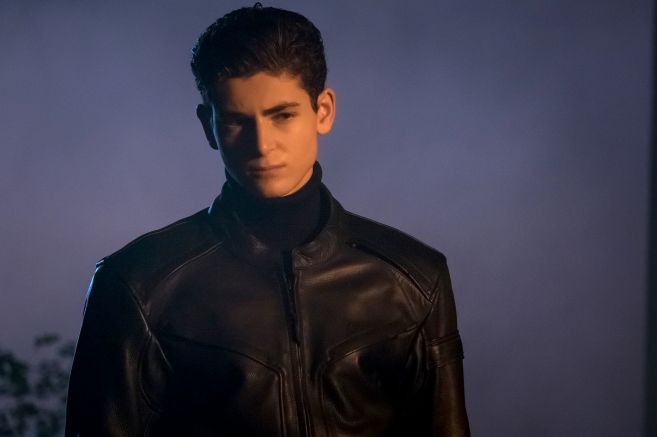 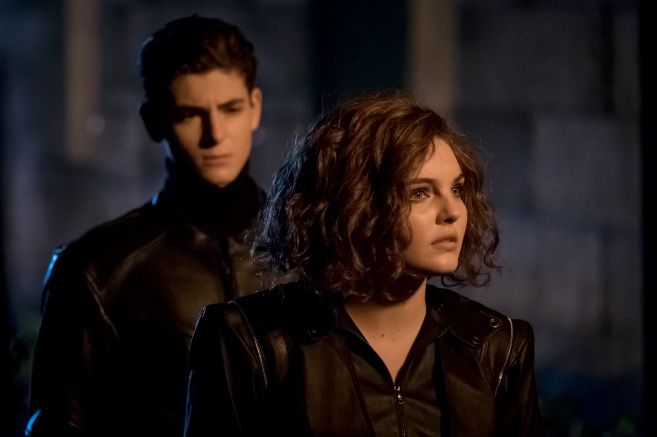 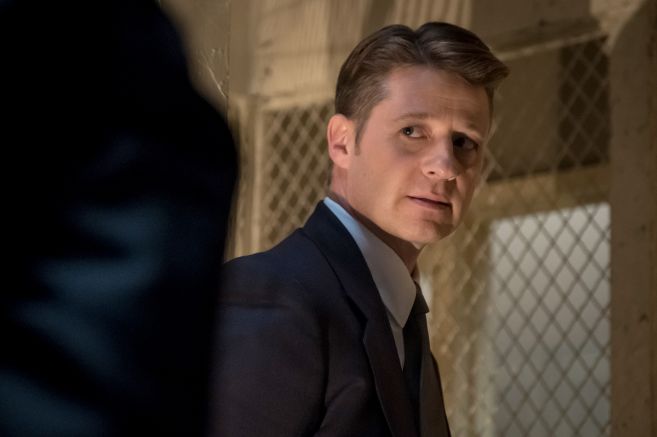 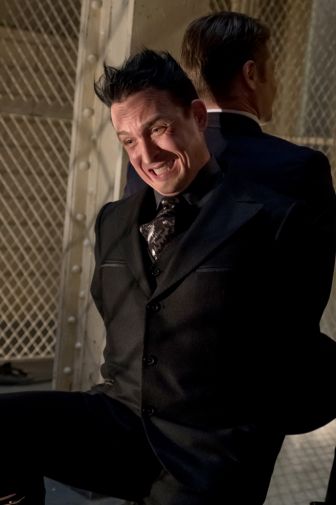 Here’s the synopsis for season 5, episode 3:

With the creation of Haven as a safe place for refugees, Gordon hopes to stop the gang fighting in Gotham. Meanwhile, Selina is determined to find Jeremiah (guest star Cameron Monaghan) and she convinces Bruce to help her. Then, Penguin goes to Haven to reclaim his staff in the all-new “Penguin, Our Hero” episode of GOTHAM airing Thursday, Jan. 17 (8:00-9:00 PM ET/PT) on FOX. (GTH-503) (TV-14 D, L, V)

While the episode is named after Penguin, these promotional images clearly show a focus on Selina and Bruce as they search for Jeremiah. As tends to be the case with these promo photos, we’re getting a lot of our favorite characters simply emoting. It comes off rather boring to me, when it’s obvious that our interest is supposed to be piqued to find out why exactly they look like that.

Personally, it just seems to me that the Fox marketing team just wants to give these actors more headshots for their portfolios. Either that or photos that can eventually be autographed at a comic book convention down the road. Sooo… is the marketing team working for Fox or the actors? That’s a mystery I’d like solved.

Regardless, we can see a few things from this batch of photos. Selina not only recovered but managed to go through the painstaking months of rehabilitation in just one episode. So much so that she has the skill and prowess to climb atop a car. What an inspiration! The episode should be called, “Selina, Our Hero” to acknowledge her strength at obtaining her mobility once more. Or, you know, something magical happens in the episode 2?

There’s also a shot of what appears to be Mummer, which is pretty great. And lastly, we have Penguin struggling and exerting a lot of effort to make a face that rivals even that of Tobey Maguire in Spider-Man 2. Based on the photo, it appears that he’s tied up to someone who appears to be Jim Gordon. It looks like they were put in a pretty precarious situation, presumably while he was on his way to get his staff. Something is clearly afoot!

Kevin Smith Has Contributed A Story To ‘Detective Comics’ #1000