Think of a character. Now imagine that character witnessing the murder of those he loves most. Now imagine that character extracting their own form of justice on not only those that did them wrong, but those who do wrong to all innocent people. You may think that I’m talking about Batman, but one could also interpret this as the Punisher. After all, Frank Castle also saw the death of his family and decided to do something about it.

The difference here is that while Batman does not use firearms and will do everything in his power not to take a life, with the Punisher, everything is fair game. Including (read: especially) guns and killing.

However, what if Batman went the Punisher route? What if Bruce’s training and efficiency were used for lethal force?

Below is the cover art by The Batman Who Laughs artist Jock, as well as the solicitation information from DC Comics: 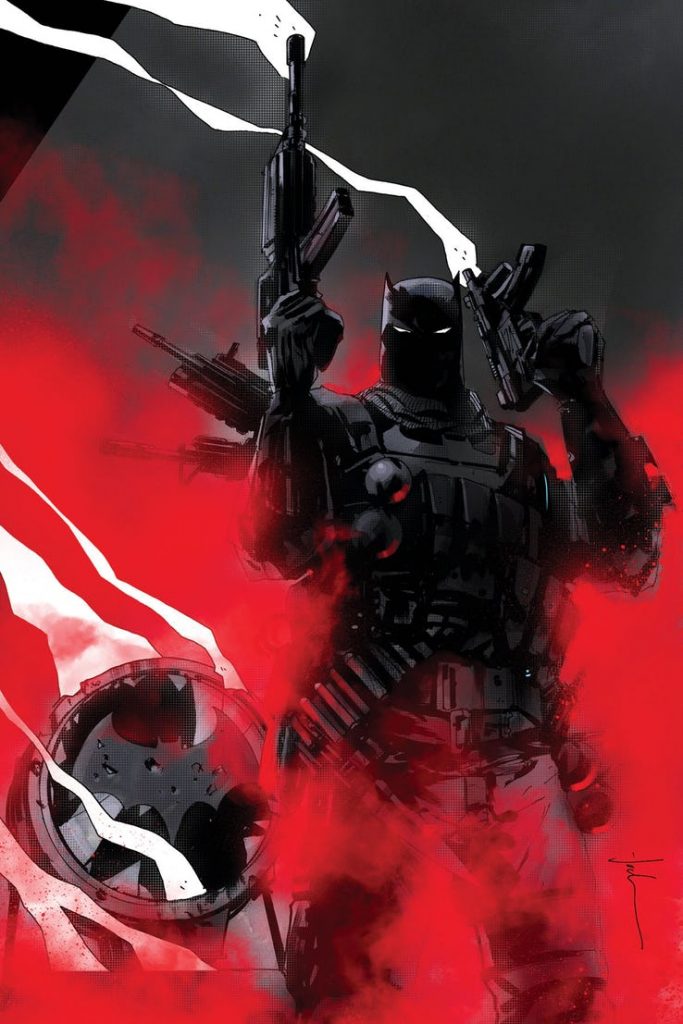 The Batman Who Laughs: The Grim Knight #1 is scheduled for release on March 13.