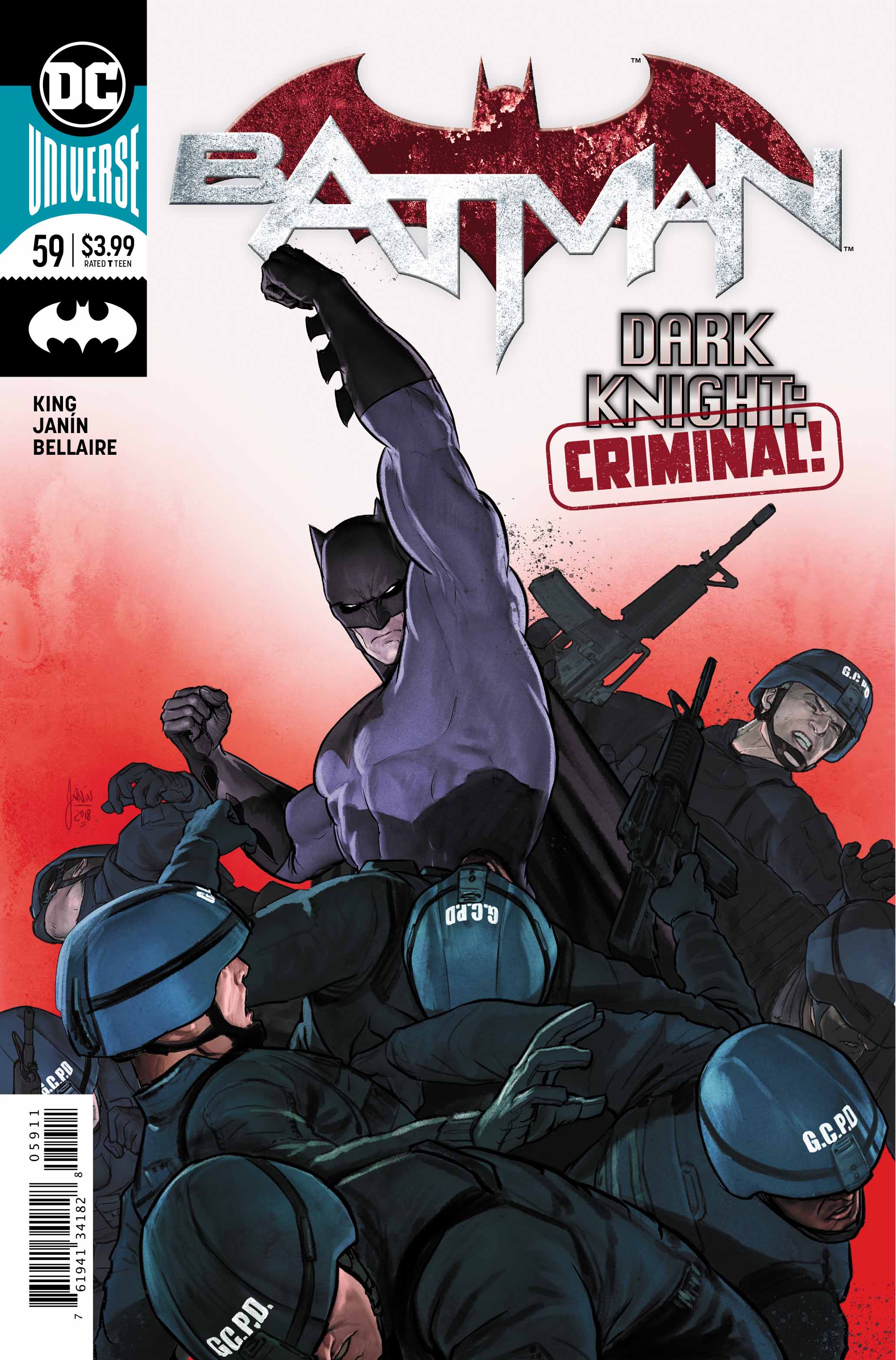 Batman discovers a secret conspiracy against him through the Penguin, and does not like what he finds.

Writer Tom King is on good form with this issue. It feels like an appropriate culmination of all the groundwork laid out over the past 58 issues. He masterfully weaves in multiple threads from earlier stories: Penguin, Bane, Mr. Freeze, and the KG Beast. It is mostly done succinctly and in a satisfactory manner. While complex, the narrative is not over-complicated. Bane is screwing with Batman in multiple ways. It is simple, but the myriad of angles that Bane hits Batman from are devious and chillingly precise. It is an excellent example of Bane being a manipulative mastermind.

The other layer of fun and intrigue is how the readers are almost as confused and disoriented as Batman. What is really going on with Bane? Is he really what he appears to be? For a moment, the readers begin to doubt Batman’s judgement. Furthermore, it all leads to Batman crossing another line. The build-up to that scene feels much more natural and logical than King’s other turning point with KG Beast. Readers can feel every characters’ frustrations build to a breaking point. It feels raw and emotional, but more importantly, earned. 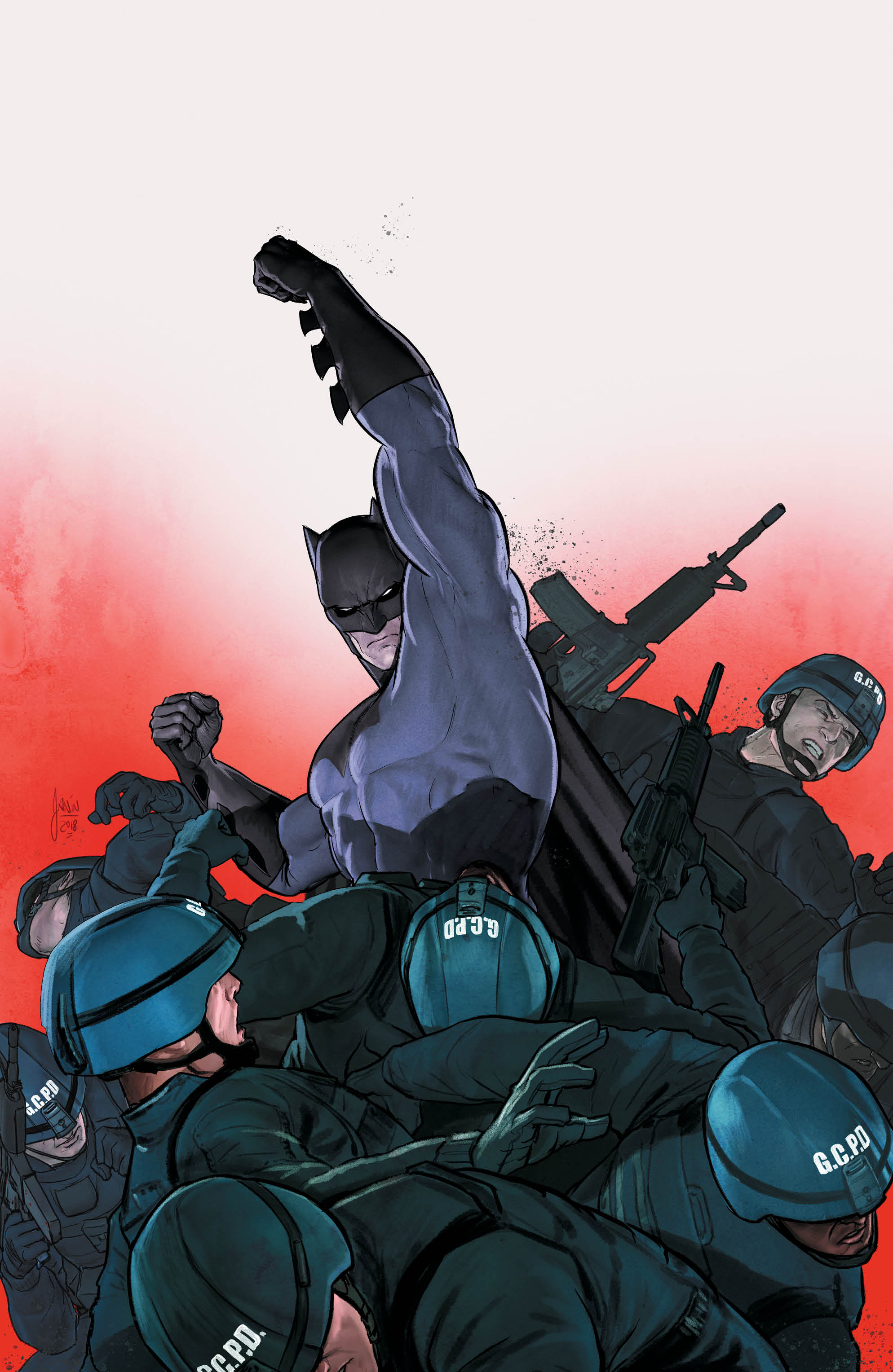 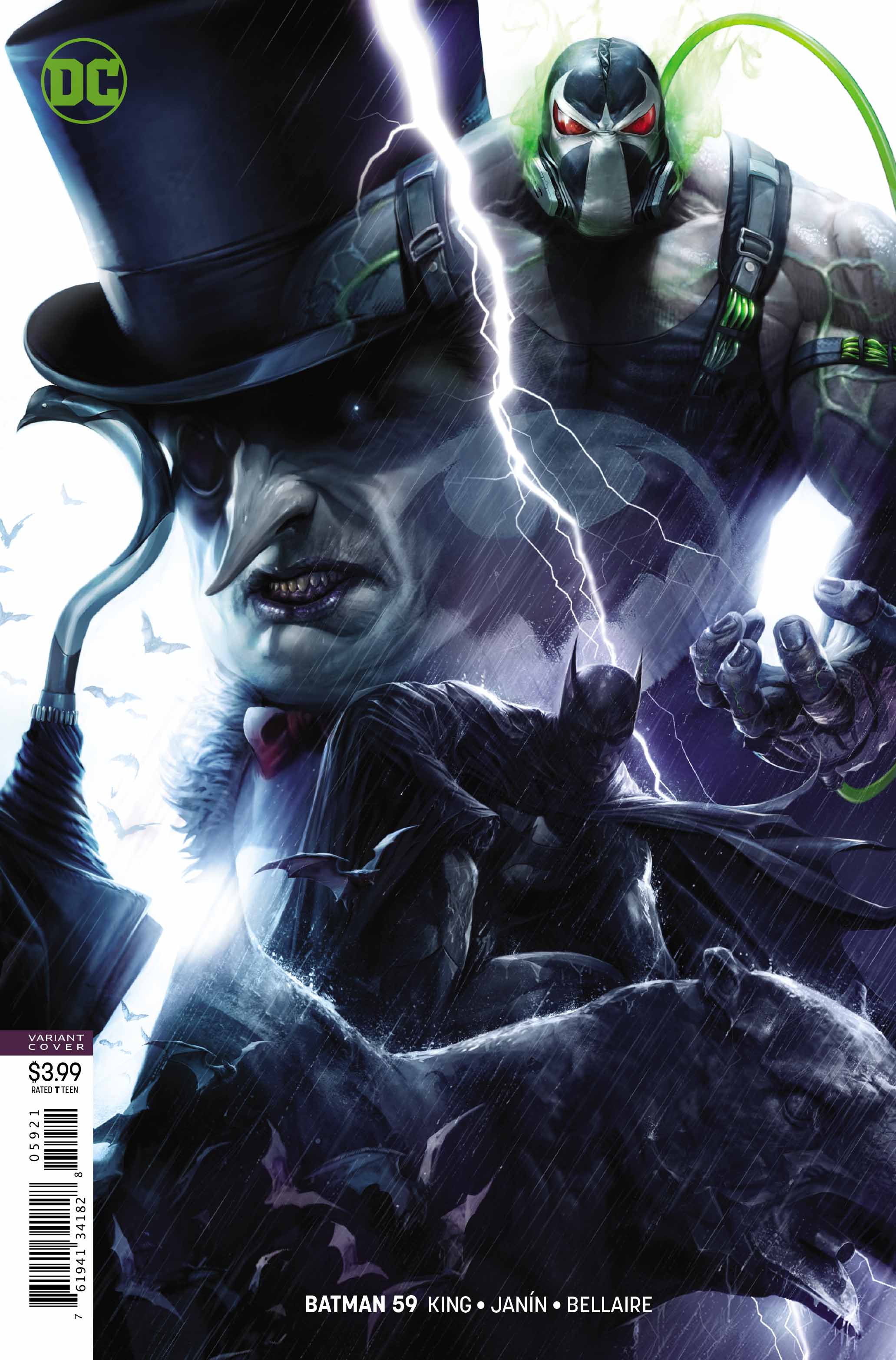 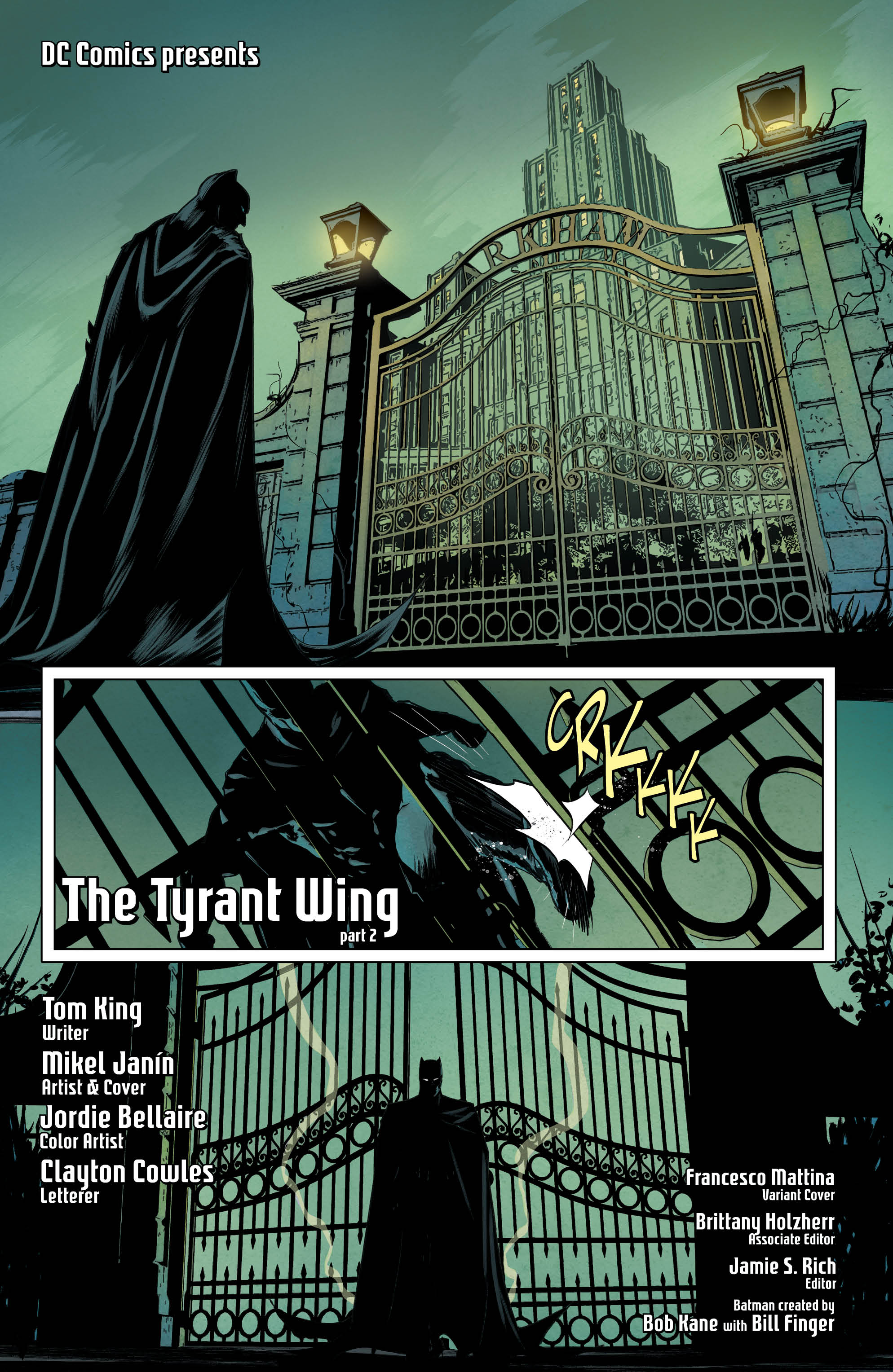 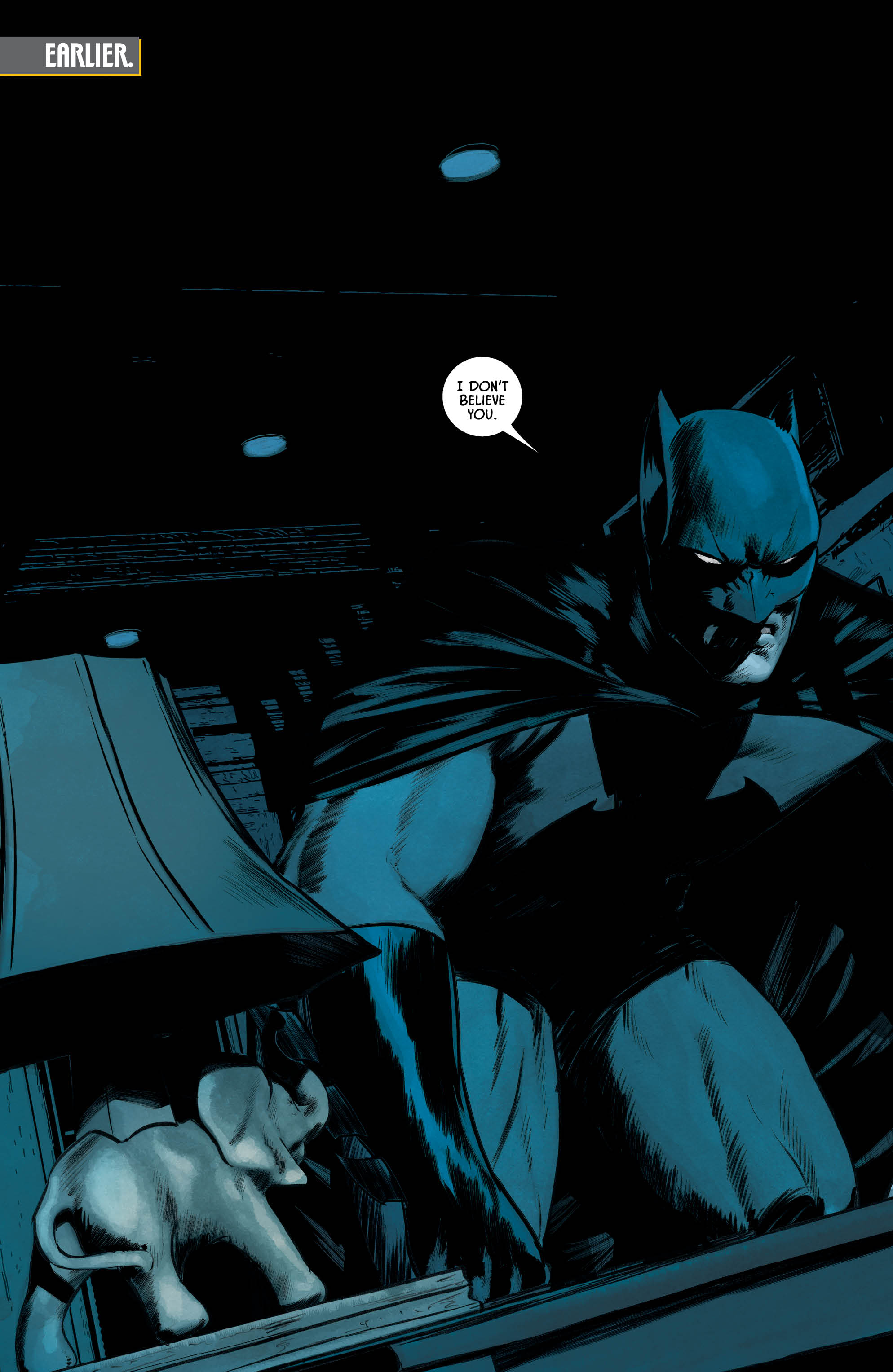 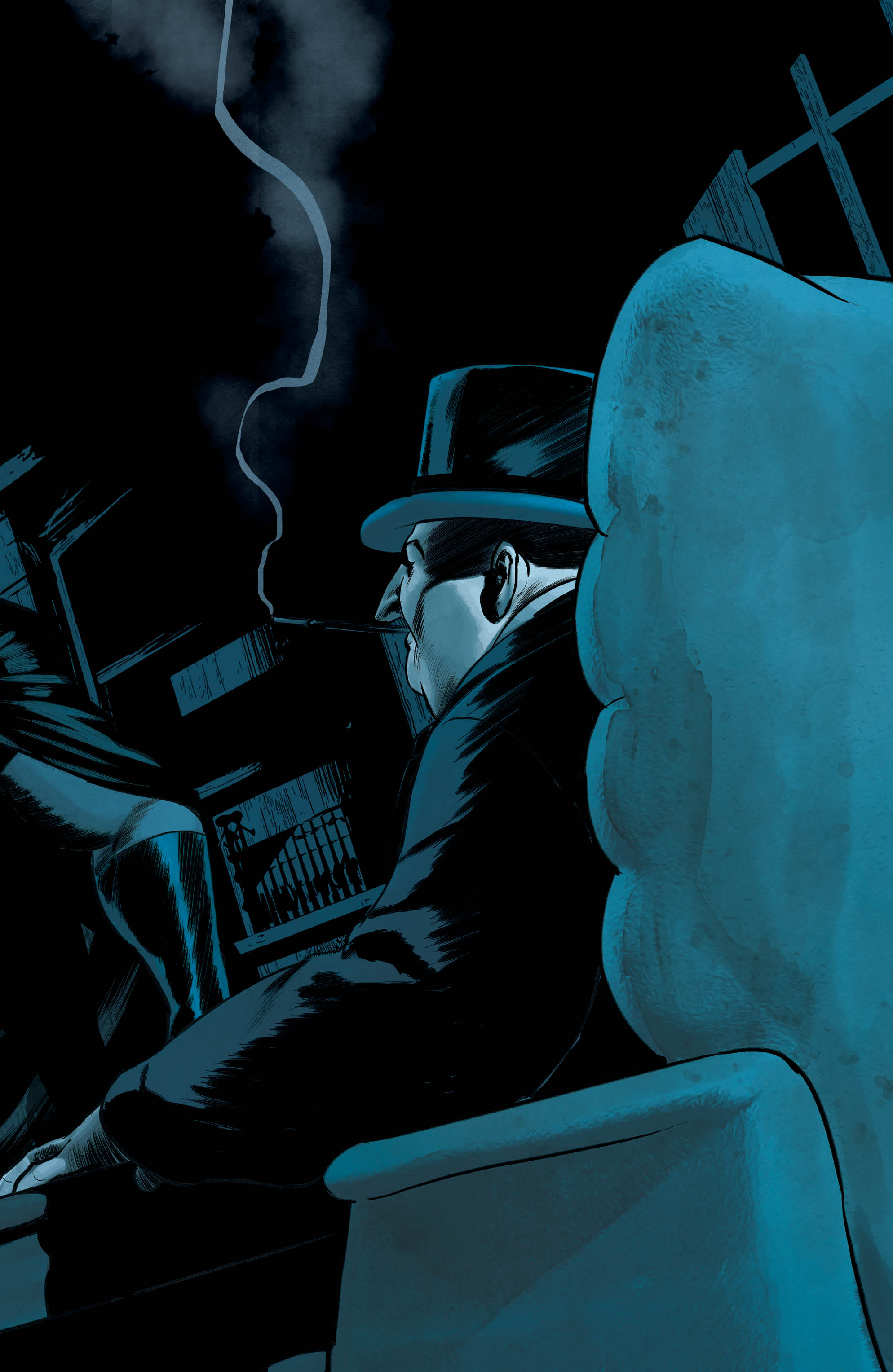 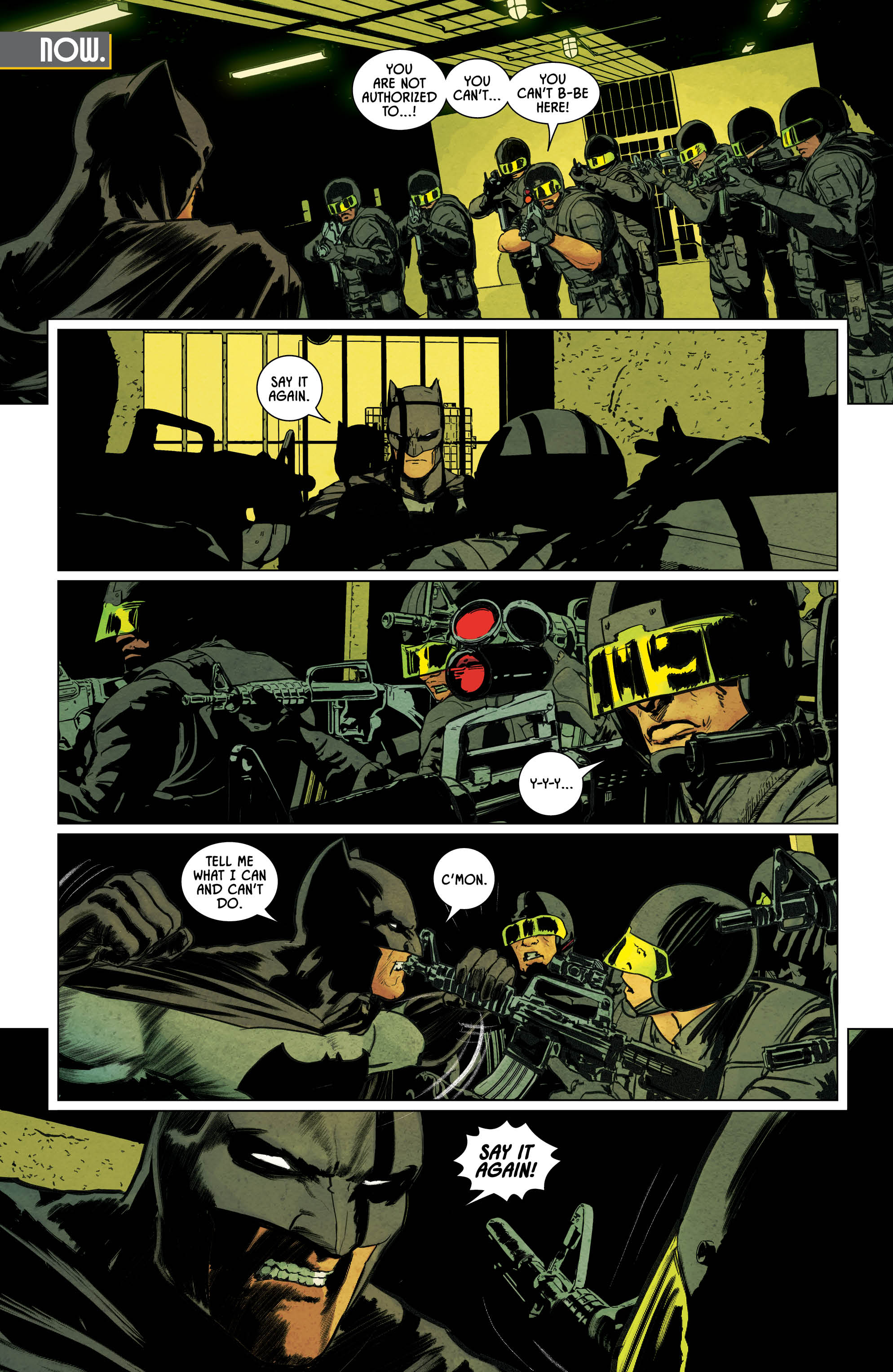 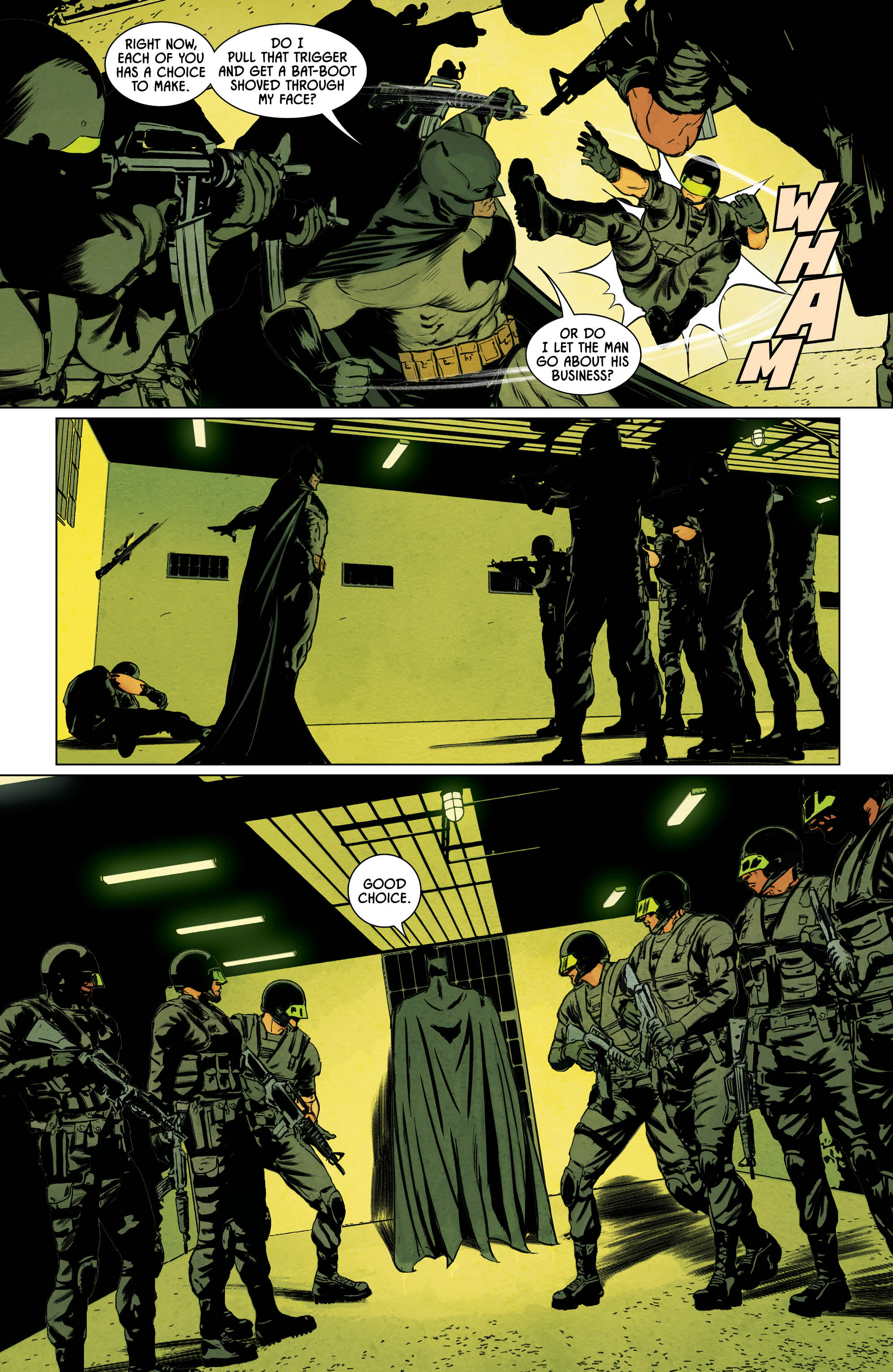 The Penguin: Bird Of Ill Omen

Speaking of raw, Mikel Janin’s art in this particular issue looks looser. His style is usually finely detailed and very slick to a fault. However, here – especially in the Penguin scenes – the deep shadows look rough. It is as if Janin took a heavy ink brush on top of his art. It is not a bad look, but it is different.

Perhaps the biggest letdown of this comic is how quickly King rolls over the Penguin plot. The previous issue sort of implies a big showdown between Batman and Penguin, yet he is more of an exposition-giver for the overall plot. Furthermore, the tease of who Penguin was mourning for is predictable and a slight letdown. There is no emotional resonance with that revelation, because readers never even saw who Penguin was mourning. It is completely ancillary to Penguin’s character arc.

This comic proves how meticulous King can be with his plotting. It also shows that he can show a proper pay-off that packs an emotional punch. While the Penguin narrative kind of peters out, the enticing promise of what comes next overpowers any of this issue’s shortcomings.