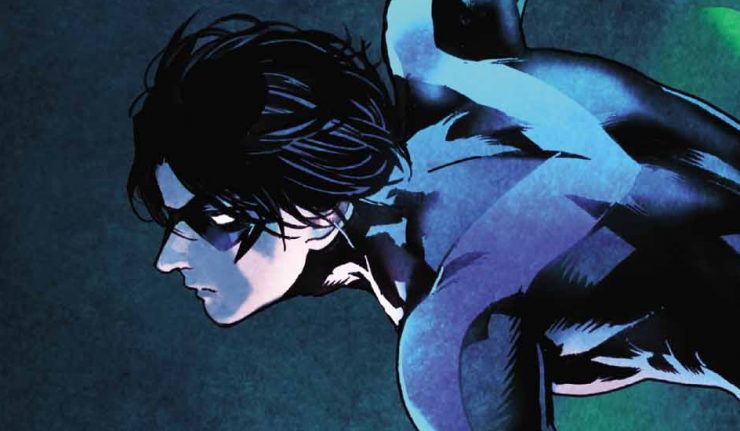 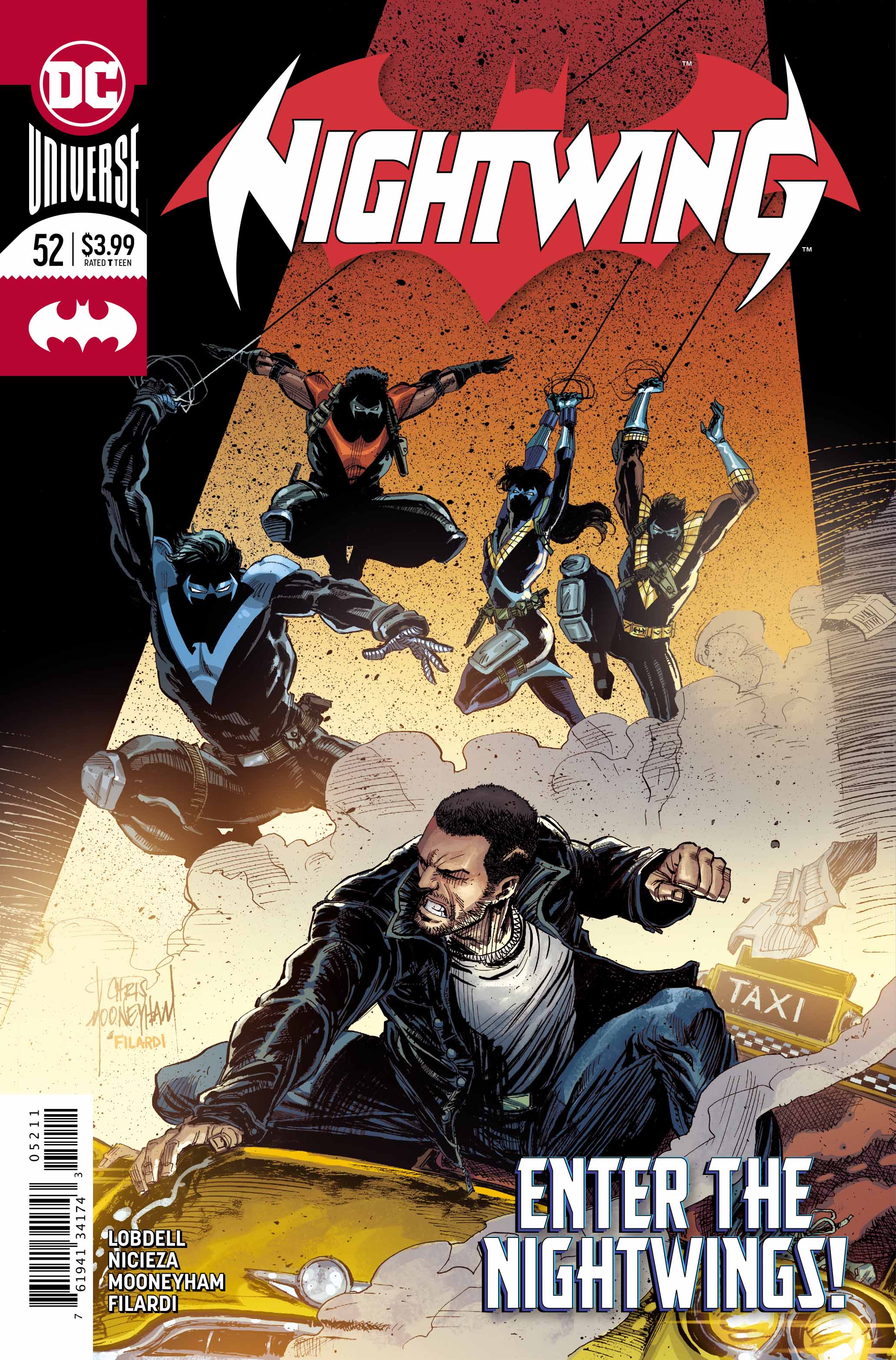 An autopsy leads to a startling brief personality change to a medical doctor and police officers.

The fight or flight auto response kicking in whenever Ric Grayson is in trouble is starting to freak him out.

On top of all that, it looks like there is at least one copycat Nightwing in town. 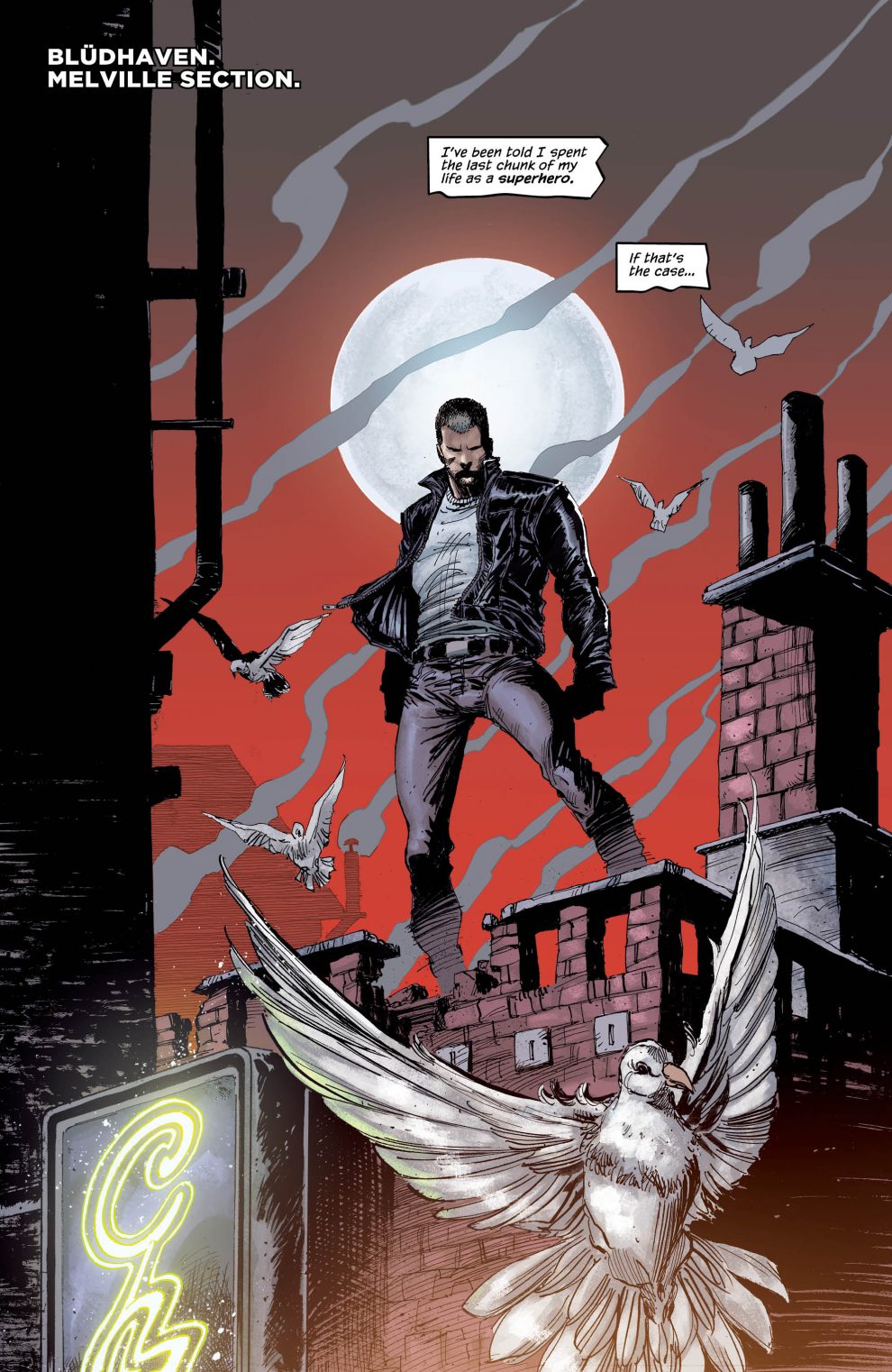 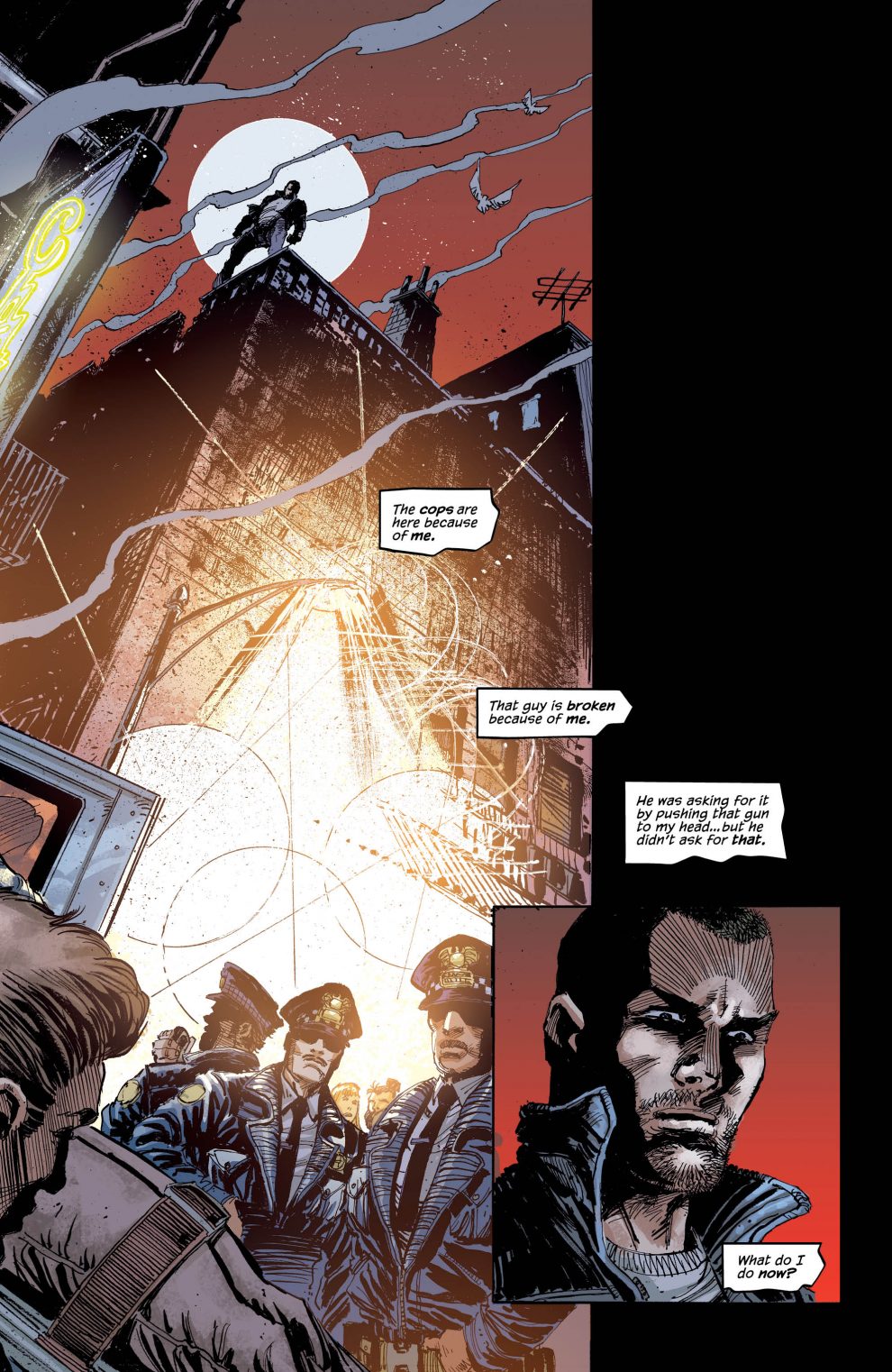 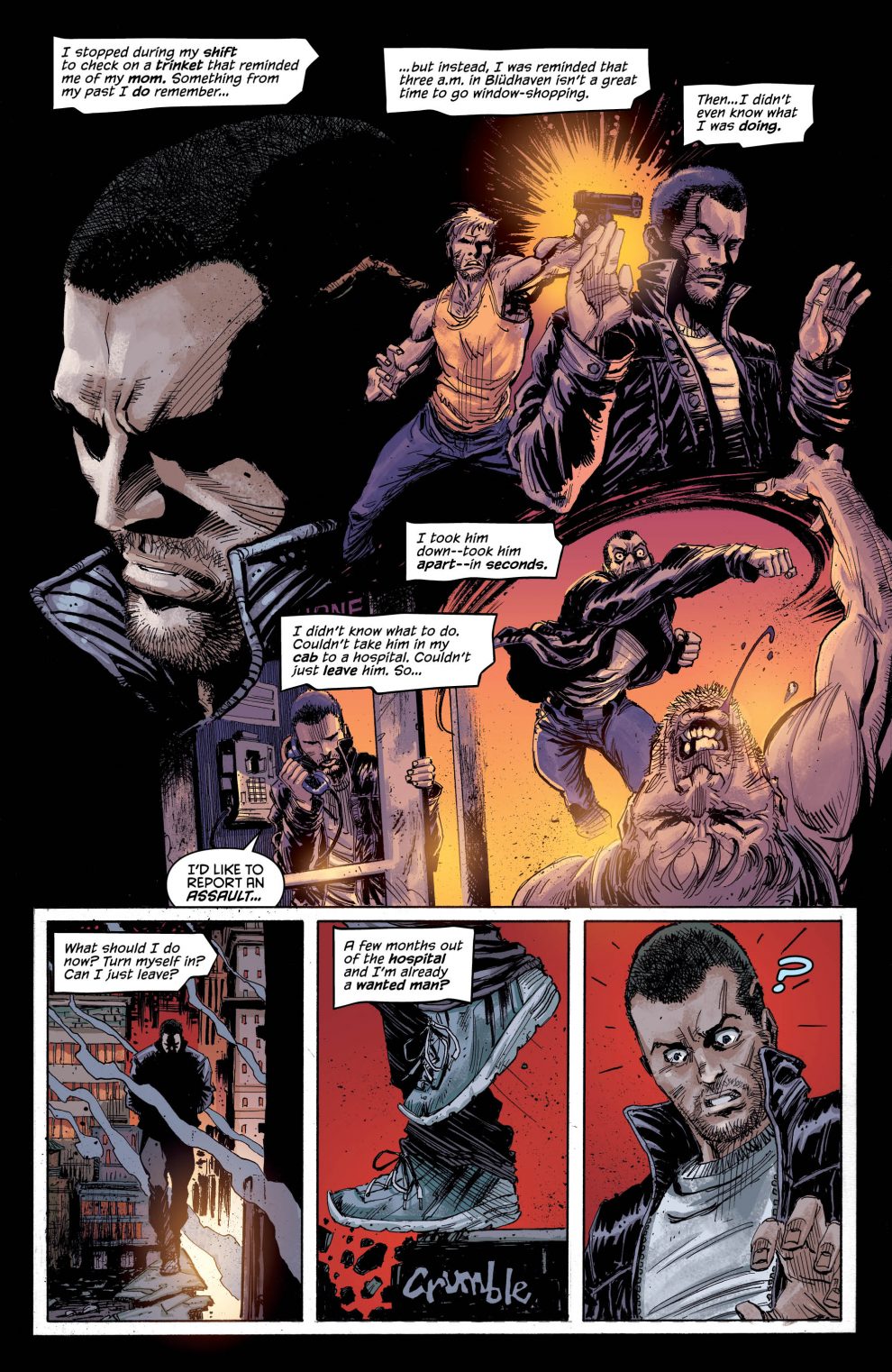 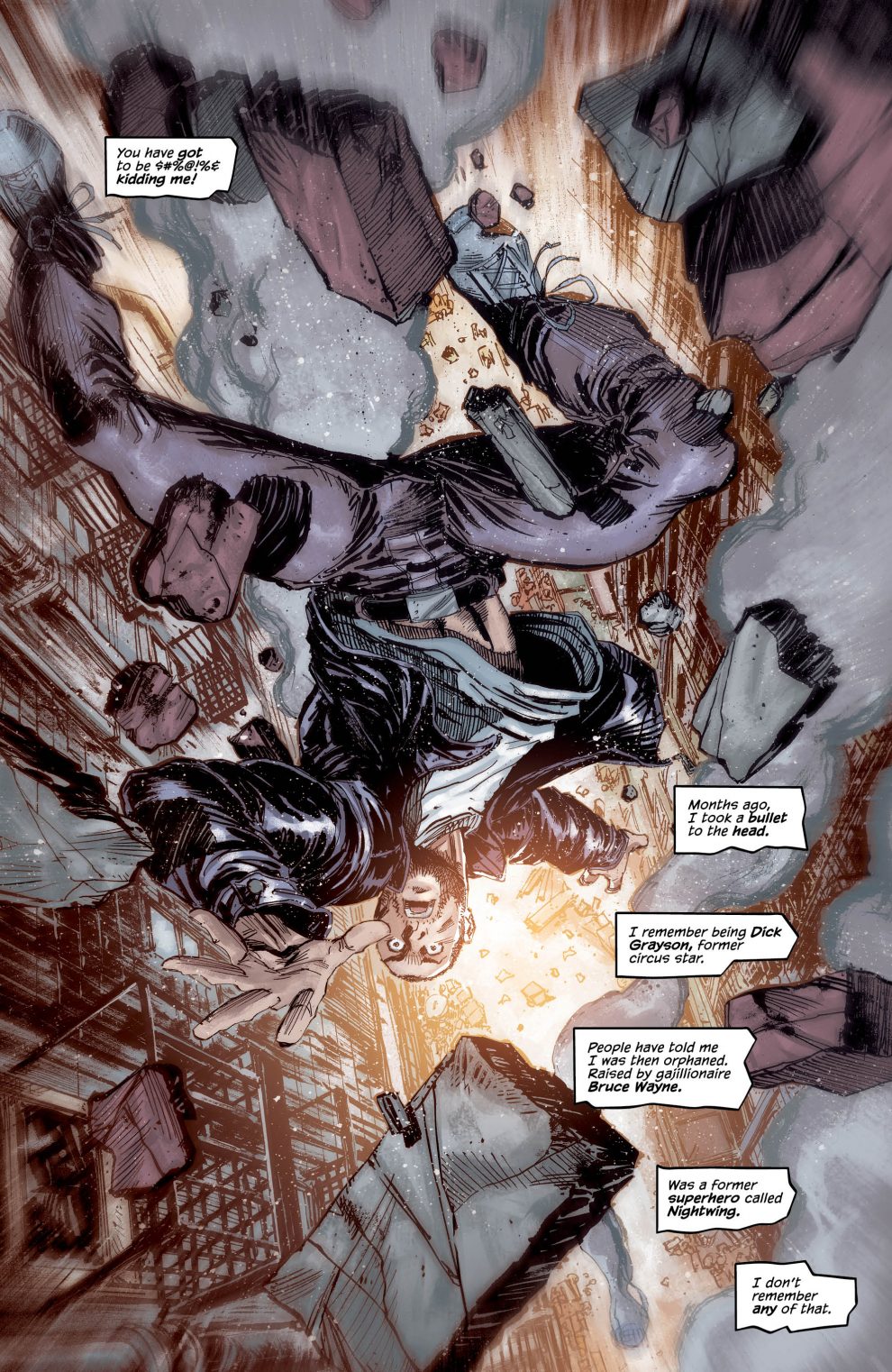 While Ric Grayson may have accepted who he is and his role in society, his subconscious is leading him down another path. After years of being Robin, and then Nightwing, Ric is finding that when his fight or flight response kicks in, he is able to do some pretty incredible things.

I find it very interesting that Mr. Grayson can remember what seems like, everything up to the most traumatic event of his life (aside from getting shot in the head)… the death of his parents.

He remembers the life of a circus kid, performing tricks and living on the road a lot. He’s reminded of his mom when he sees a necklace in a shop window. Yet he can’t remember life with Bruce Wayne or his time as a superhero.

I could talk about a lot more in this issue, but I don’t want to spoil anything for those who haven’t been able to read a copy yet.

What I will say is that I’m really enjoying the dynamic of the Nightwing comic now. The titular character’s personality has almost done a complete one eighty and flipped the whole comic upside down.

I absolutely love the feel and aesthetic of this issue. It’s written, drawn and coloured in such a way that makes it feel like a gritty noir film. The creative team have done an excellent job.