Holy Christmas Treats, Batman! DC Comics and Walmart have teamed up to give everyone an early present. Ho-Ho-Ho Batfans, this holiday season looks like it’s going to be Ace! 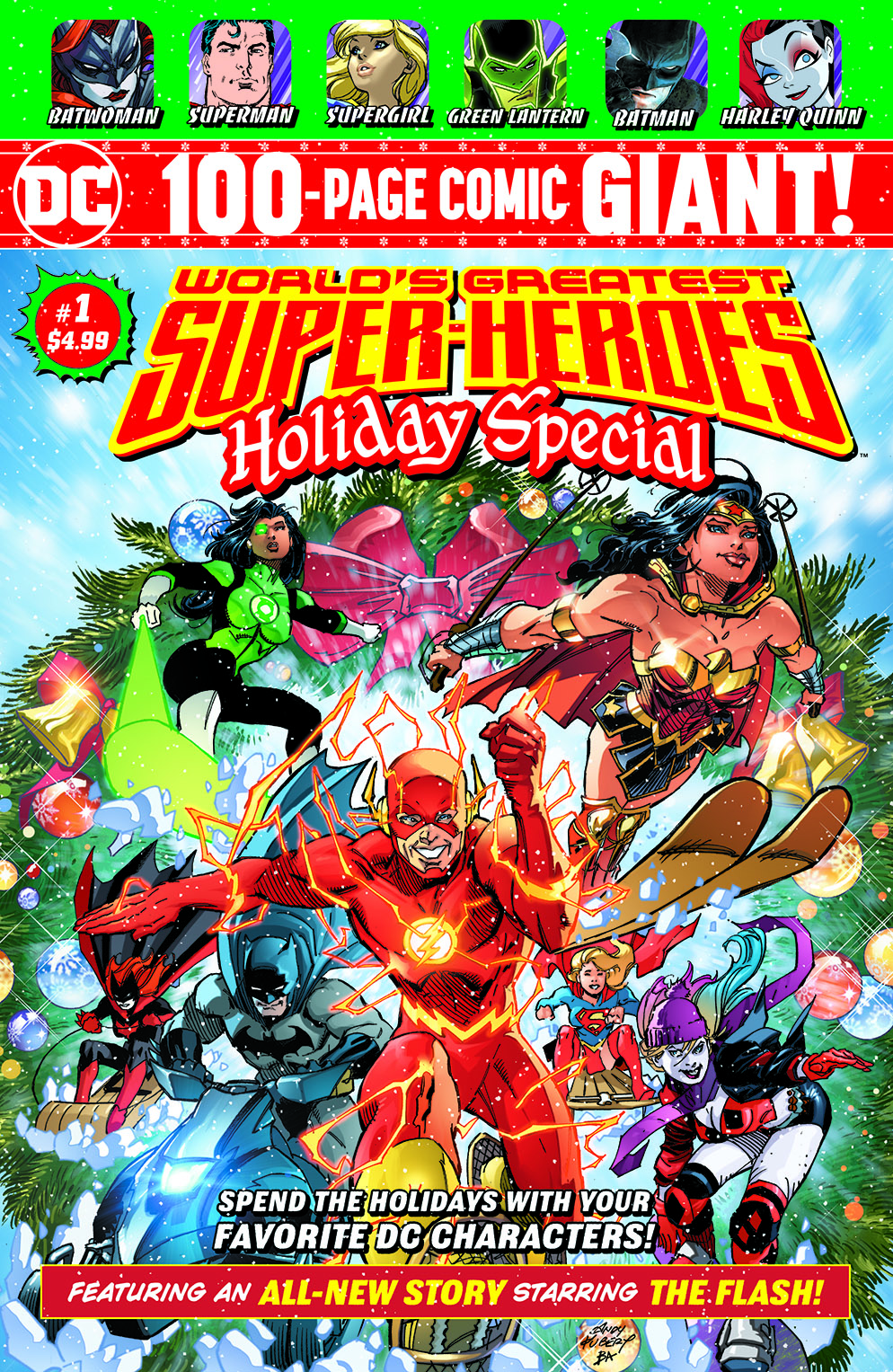 CELEBRATE THE HOLIDAYS WITH WALMART, DC AND THE WORLD’S GREATEST SUPER-HEROES!

The 100-Page Walmart Exclusive is set to arrive in stores by Sunday, November 11

With the holidays rapidly approaching, DC and Walmart are adding to their lineup of 100-page “Giant” comics with a new one-shot to ring in the holiday season! Following the success of their horror-themed SWAMP THING HALLOWEEN HORROR SPECIAL, DC’s WORLD’S GREATEST SUPER-HEROES! HOLIDAY SPECIAL is headed to participating Walmart stores in the U.S. today and should reach stores by Sunday.

This Walmart exclusive also reprints a host of holiday-themed stories from throughout DC’s history: Tom King and David Finch’s “Good Boy,” from the 2016 BATMAN ANNUAL tells the painful (certainly for the Dark Knight) story of how Batman and Alfred brought Ace the Bat-Hound into the family. 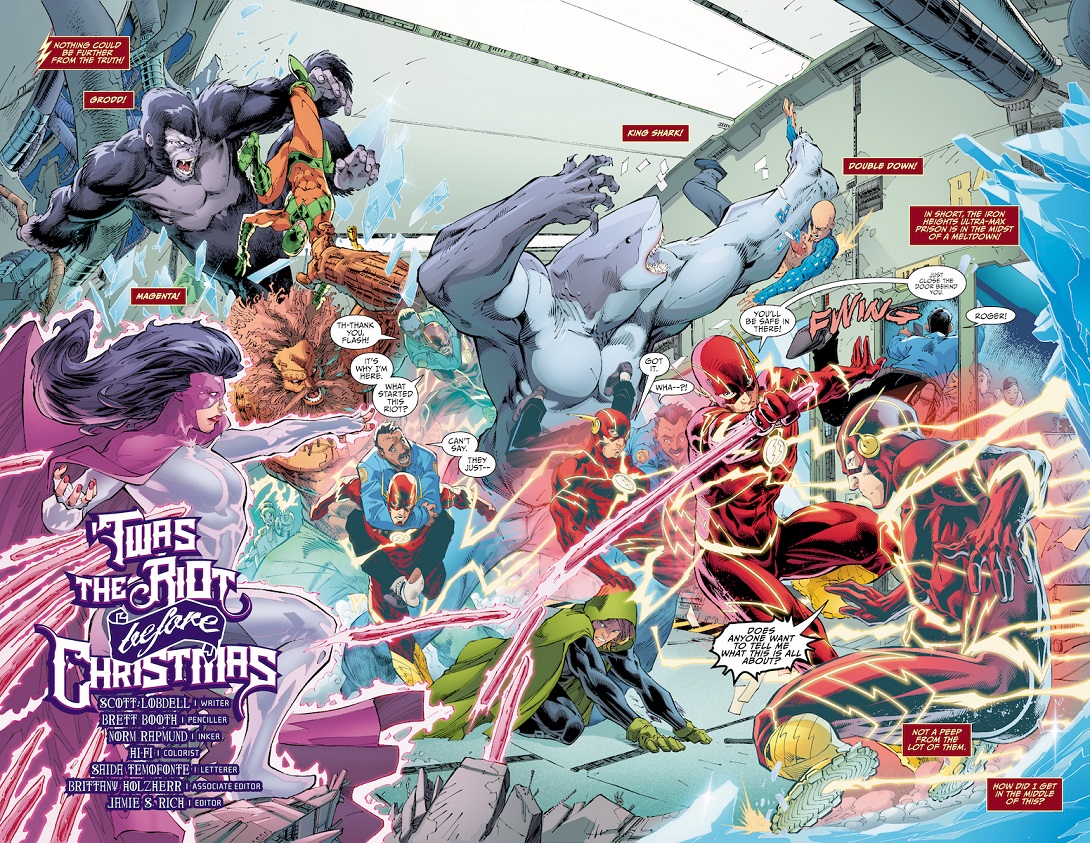 The fan-favorite creative trio of THE FLASH—Scott Lobdell (writer), Brett Booth (artist) and Norm Rapmund (inker)—have reunited for an original tale featuring the Scarlet Speedster, “Twas the Riot Before Christmas.” Barry Allen’s holiday tradition of giving gifts to the kids at the Central City Home for Wayward Children gets interrupted by a riot at Iron Heights penitentiary featuring some of the Flash’s deadliest foes. In restoring order, he receives help from an unexpected source, but will it be in time to spend Christmas with the kids at the home?

Written by Joe Kelly with art by Ale Garza, “All I Want for Christmas” from the 2006 DC INFINITE HOLIDAY SPECIAL spotlights Supergirl in a tale of making a little girl’s Christmas wish come true by reuniting her with her father after the Maid of Might shows him the importance of not being an absentee parent and gives him a second chance to be a father to his child.

The anthology also features two stories from the 2016 DC REBIRTH HOLIDAY SPECIAL. In “A Light in the Dark,” Kate Perkins (writer) and Paolo Pantalena (artist) featured Batwoman in a holiday rescue story involving pie and the story of Hanukkah, while Green Lanterns Simon Baz and Jessica Cruz are subjected to a series of trials by a mysterious alien race where the prize is not just the fate of the world, but something that Earth will always need: Hope. “The Epiphany” was co-written by Steve Orlando and Vita Ayala, with art by V. Ken Marion.

1992’s SUPERMAN #22 rounds out the lineup with the story “Metropolis Mailbag,” written by Dan Jurgens with art by Jackson “Butch” Guice. As the holidays approach, the Man of Steel finds out that even he has limits when he reads some letters that are addressed to him in the Daily Planet’s “Superman room.”

The WORLD’S GREATEST SUPER-HEROES! HOLIDAY SPECIAL sells for $4.99 and arrives in participating Walmart stores throughout North America by Sunday, November 11. To find your nearest Walmart location, check out the store finder page at www.walmart.com.

I would SO love to find a copy of this yuletide treat underneath my Christmas tree, how about you?