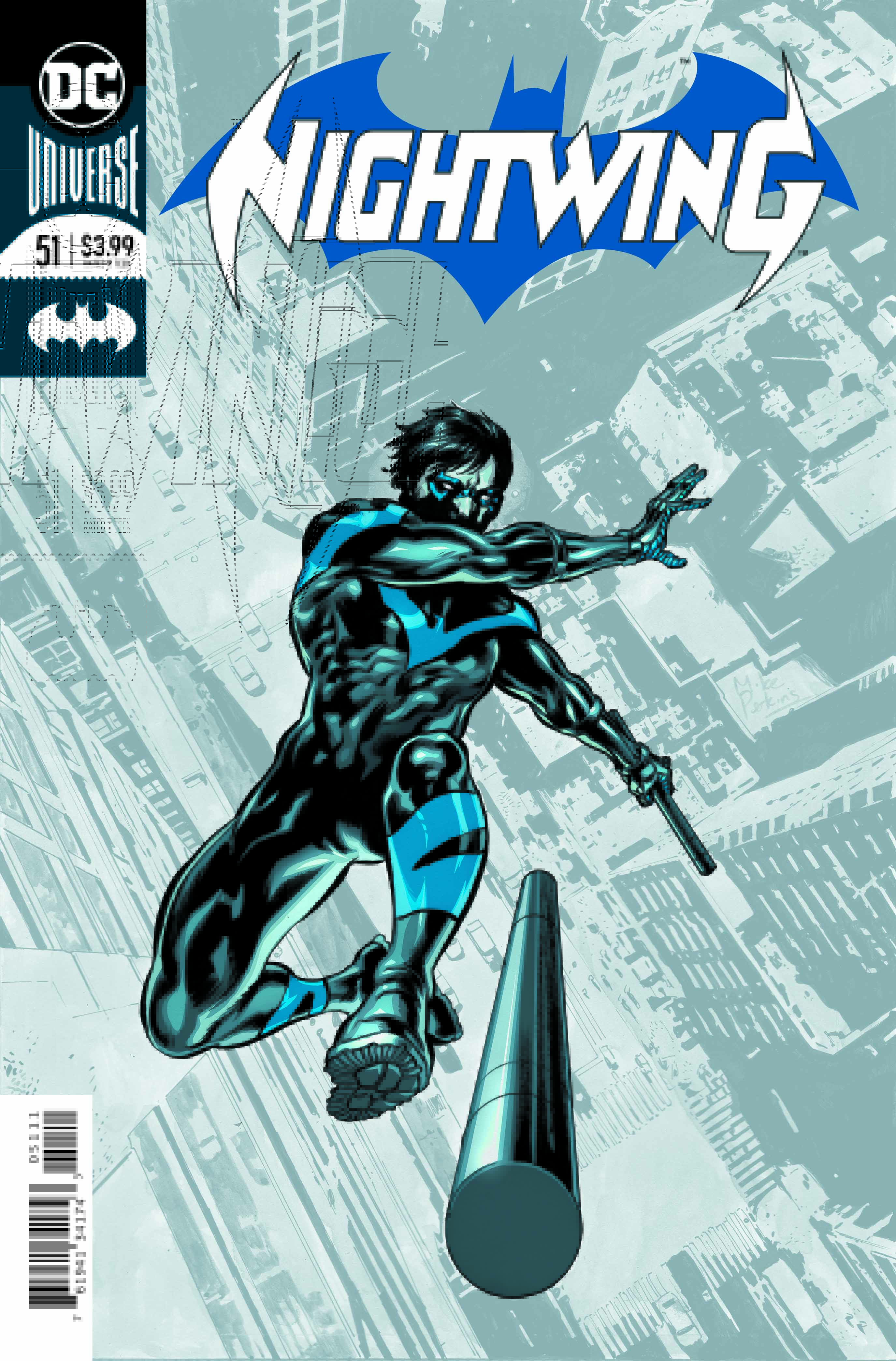 Matt Damon as a live-action Dick Grayson anyone? This issue is very reminiscent of the Jason Bourne saga, in which Bourne (a government secret agent) doesn’t know who he is; only that he kicks serious ass.

Much like how a certain Richard Grayson doesn’t remember his training, only that things come second nature to him. Things like talking German, or disabling an attacker, things that a normal person shouldn’t realistically know.

Scott Lobdell takes the reigns from Benjamin Percy, who had a fantastic run on this series. Lobdell does a fantastic job at picking up where Percy left off in the last issue. It’s certainly an interesting twist on the iconic character, and one that they are handling well so far. 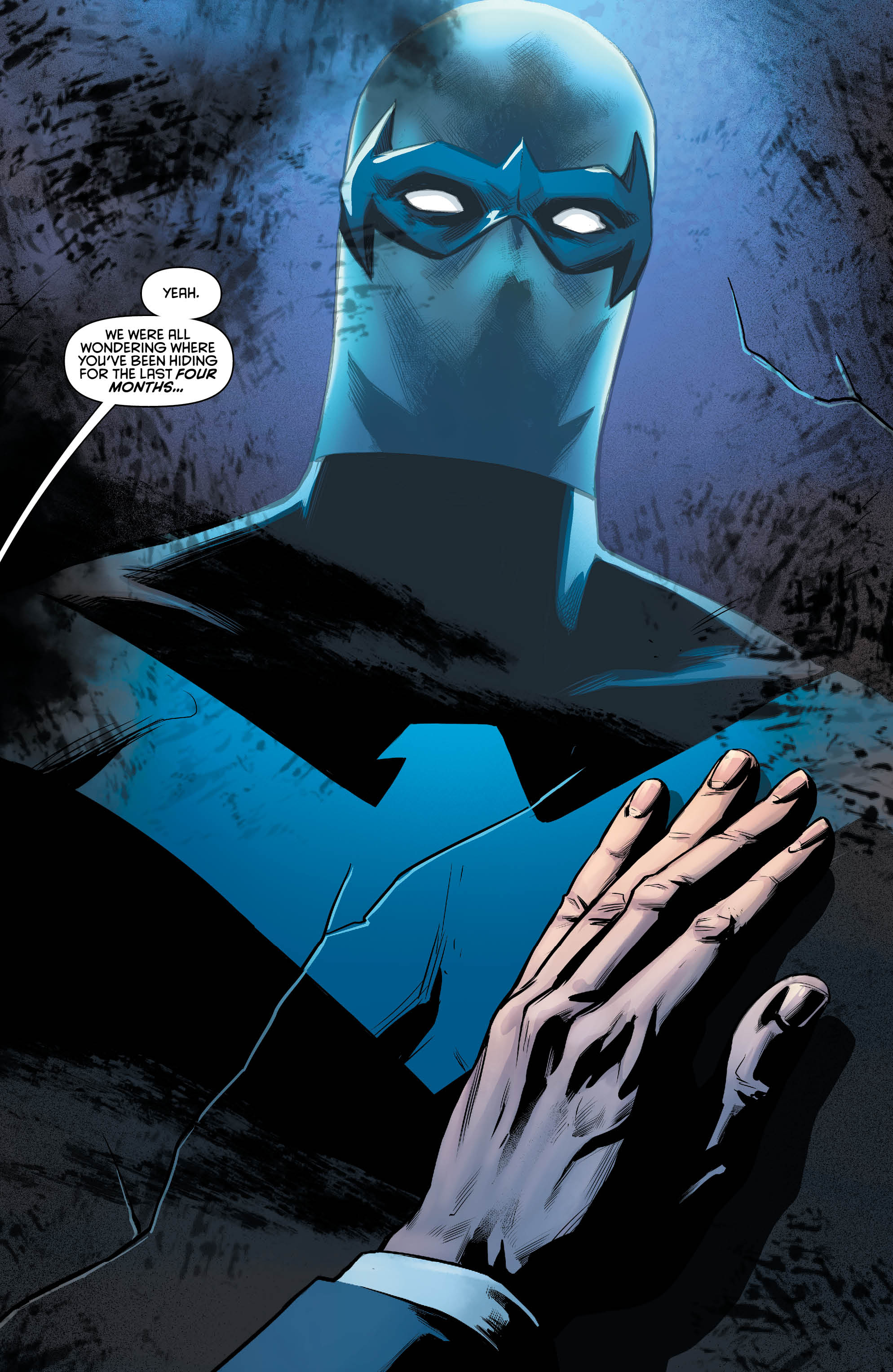 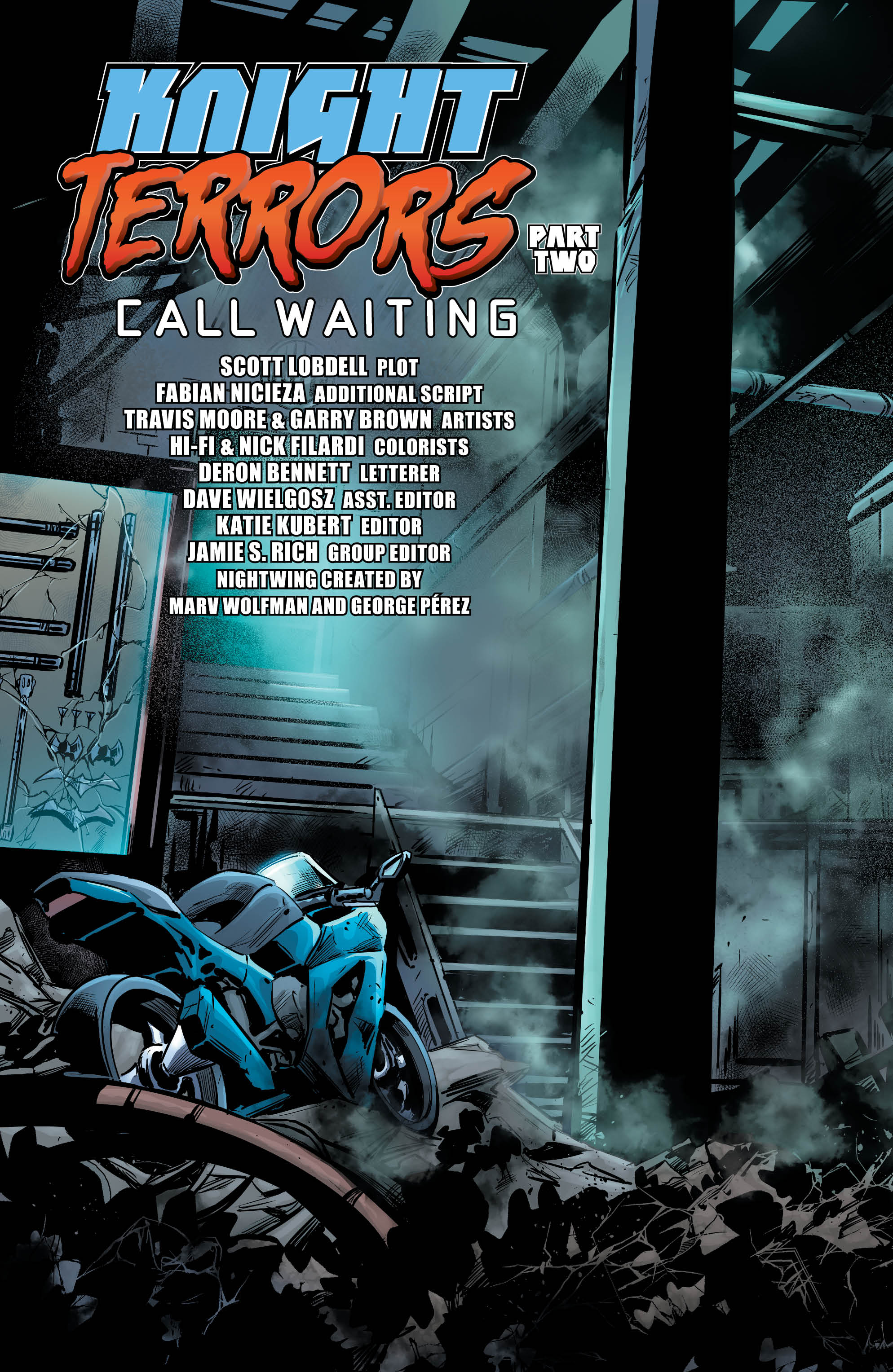 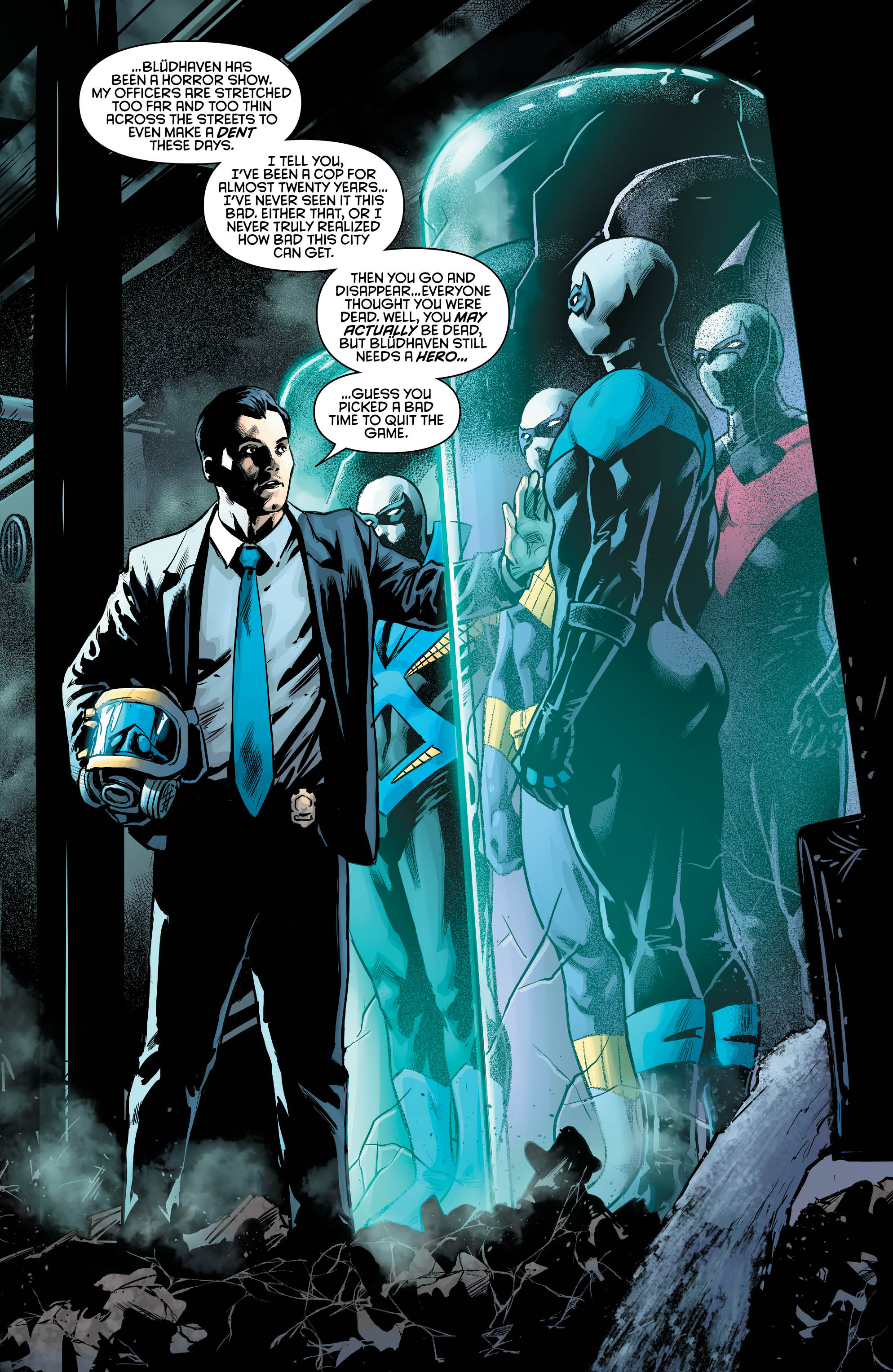 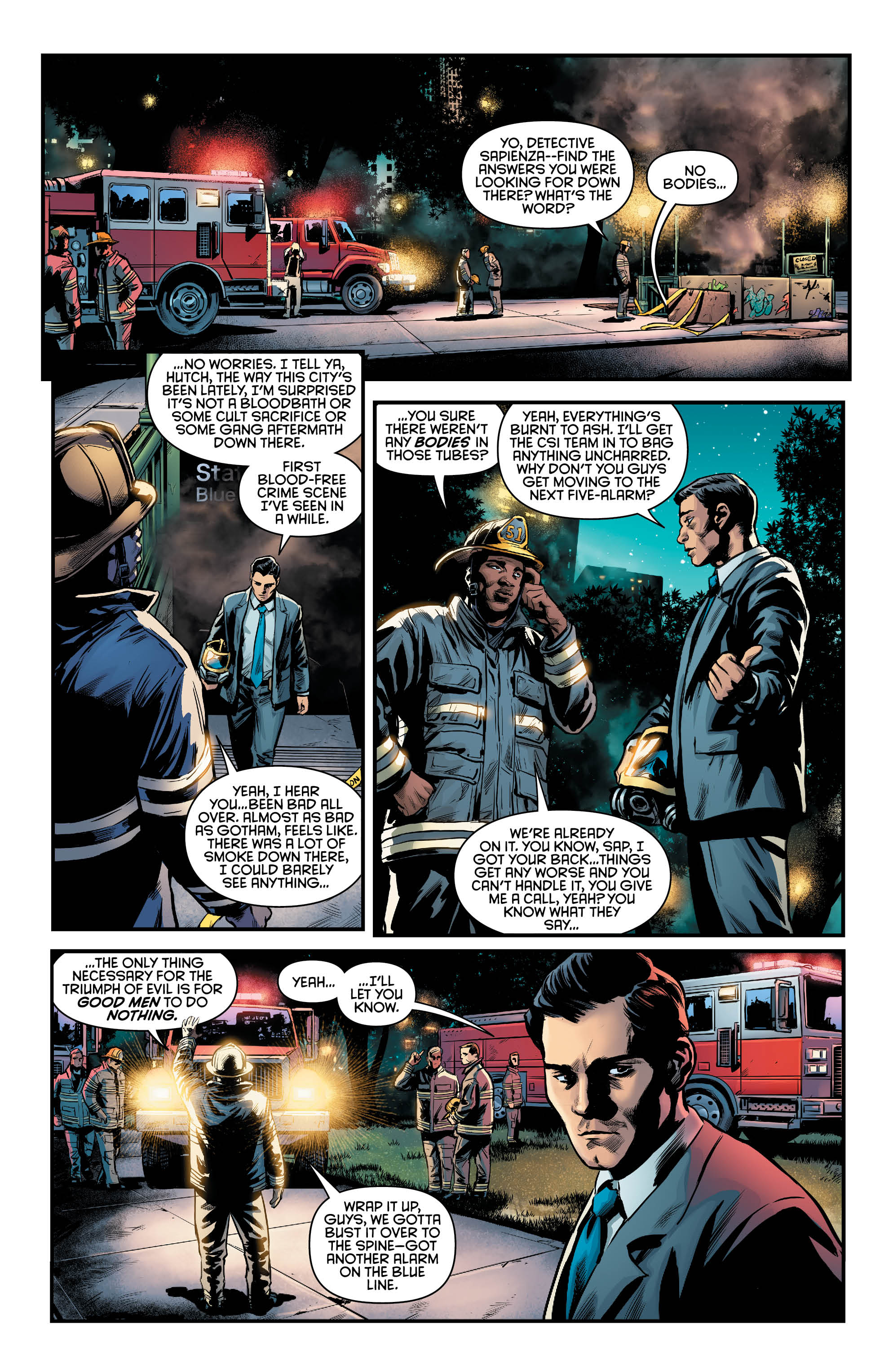 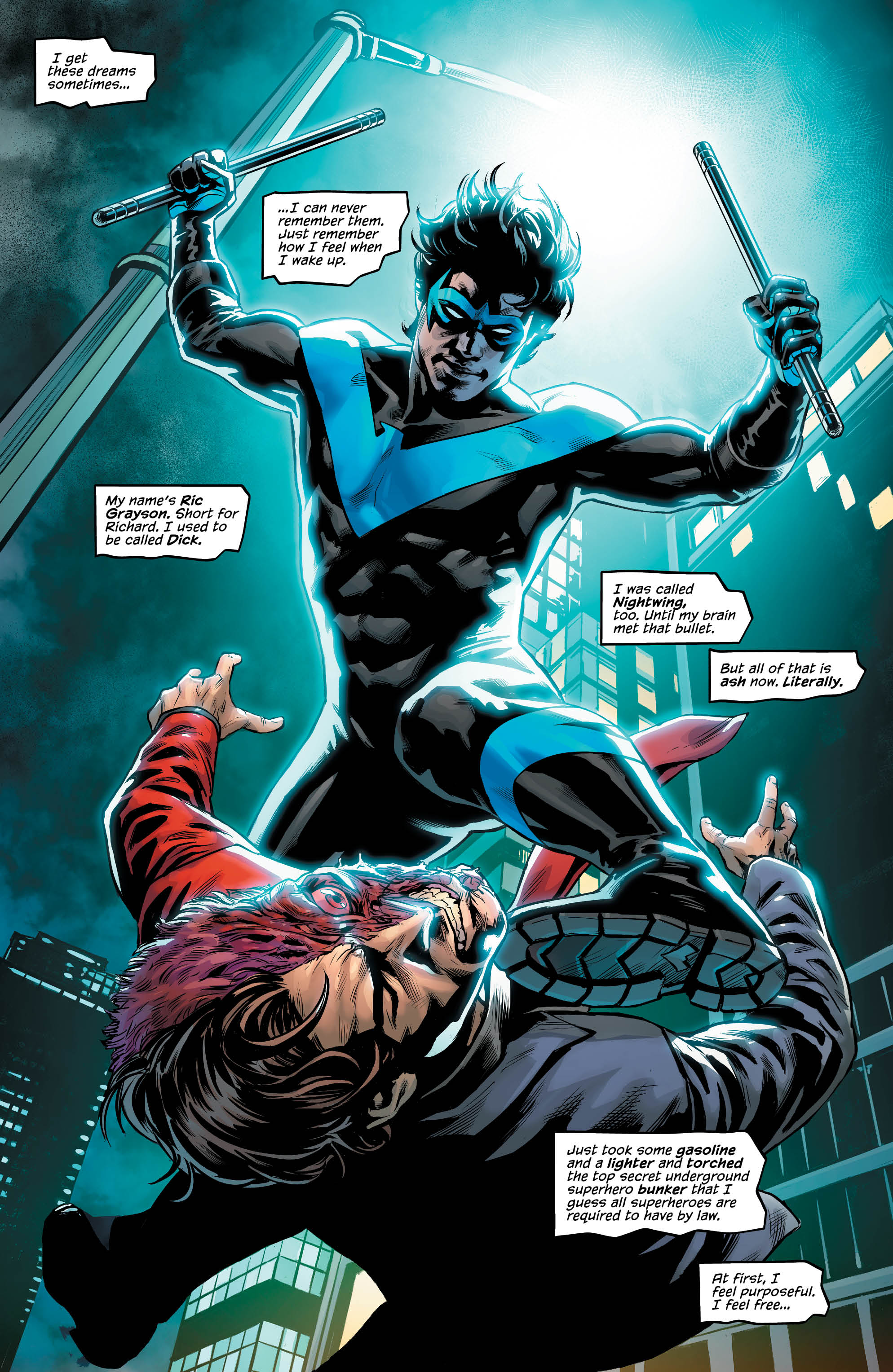 A fresh new take on the character, on any character, requires a certain delicate touch. Taking a beloved character such as Nightwing and essentially rewriting him is no small feat.

There are however, only certain parts of the character that are being completely re-imagined. The other characteristics are being, twisted. A new life, with few memories of his previous life, Richard Grayson is looking to reinvent himself entirely. Regardless of how many people are trying to help him remember who he was, Grayson is looking at this opportunity to start anew.

This is an excellent next step in the right direction for the new Nightwing. I’m highly excited to see where they take this story for Ric Grayson. The only thing I’d say about this issue is that I felt the artwork was lacking compared to previous issues. Other than that however, the new creative team has picked up where the old has left off.

Much like the titular character. It’s the same style and feel to the body of work. Just a new mind running the show.