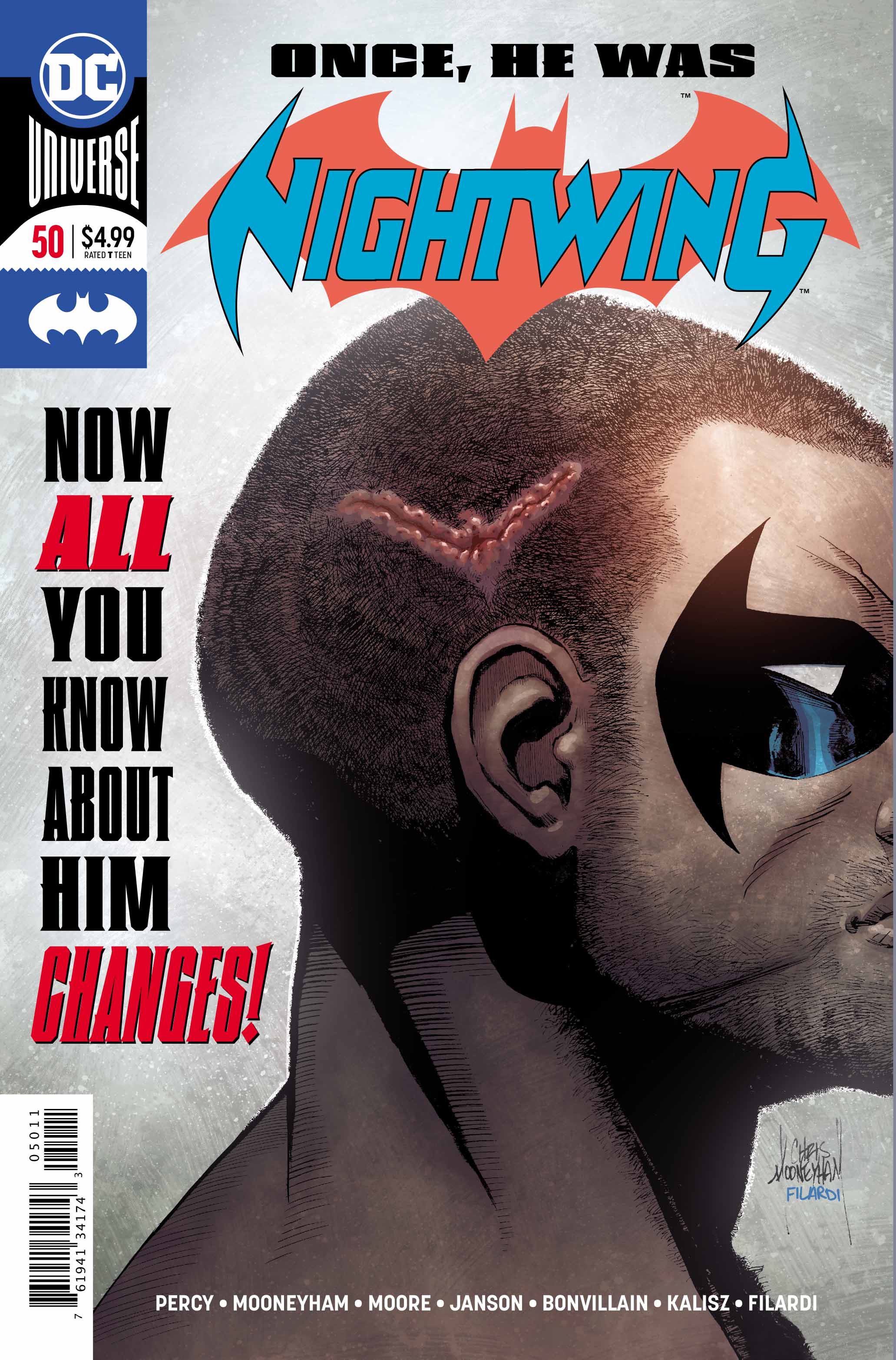 After the climactic ending of Batman #55, we jump into Nightwing as Dick Grayson is trying to assimilate himself back into society. Trying to find your place in the world is hard enough once. I can’t imagine having to try and do it again.

As virtually a new person entirely, in his mannerisms, behaviour and looks; Dick Grayson is just trying to make his own path in the world. 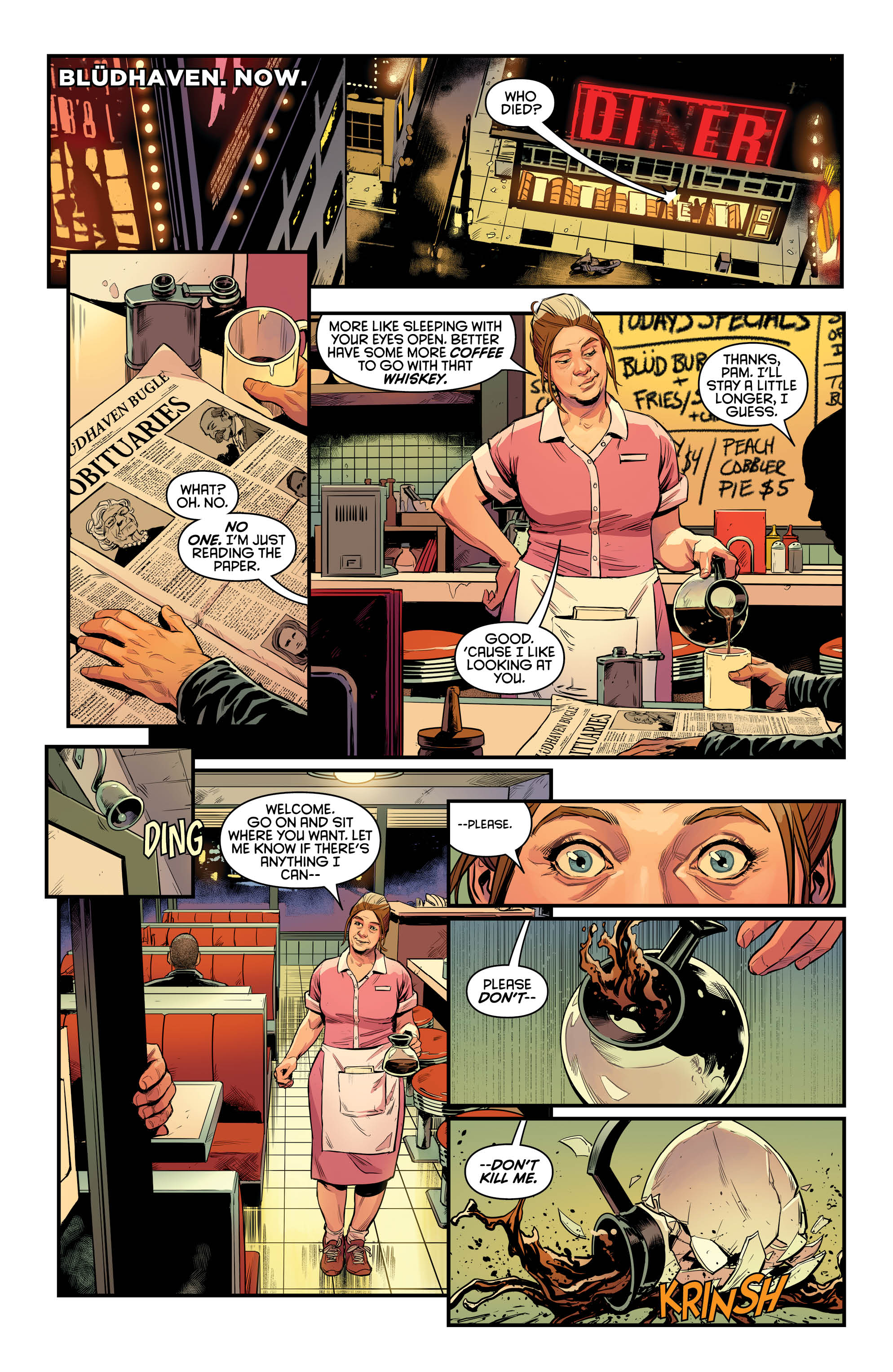 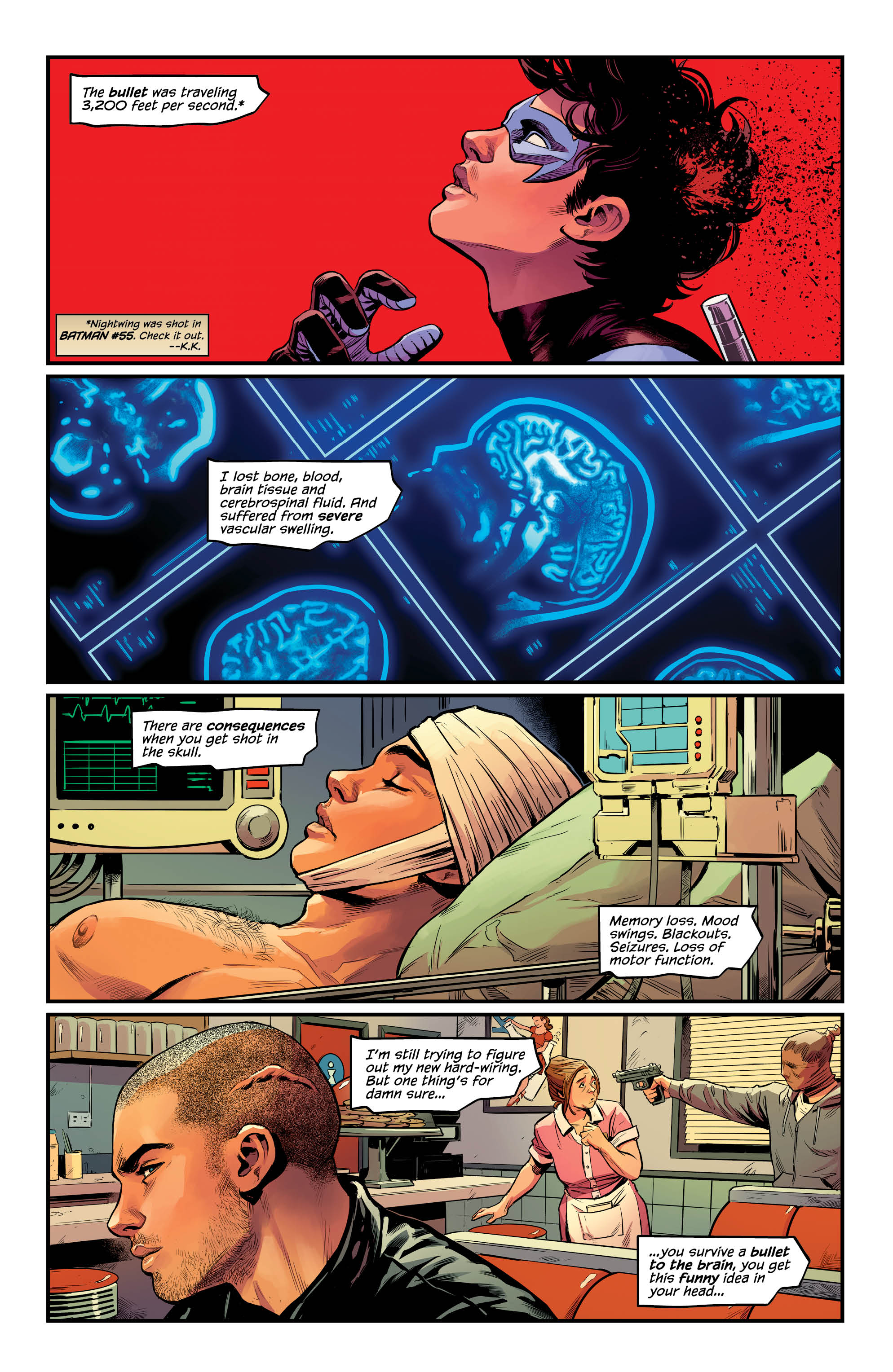 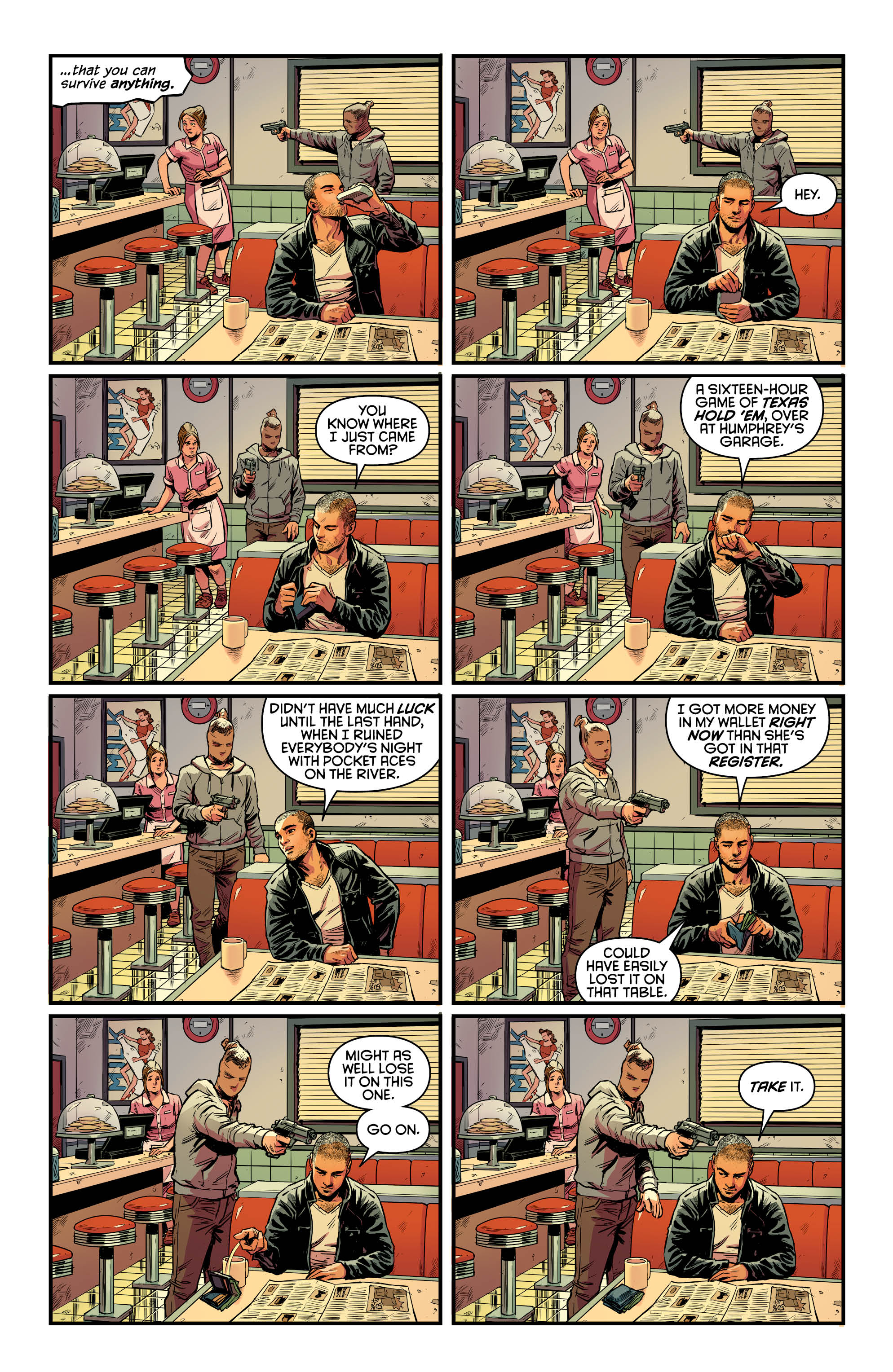 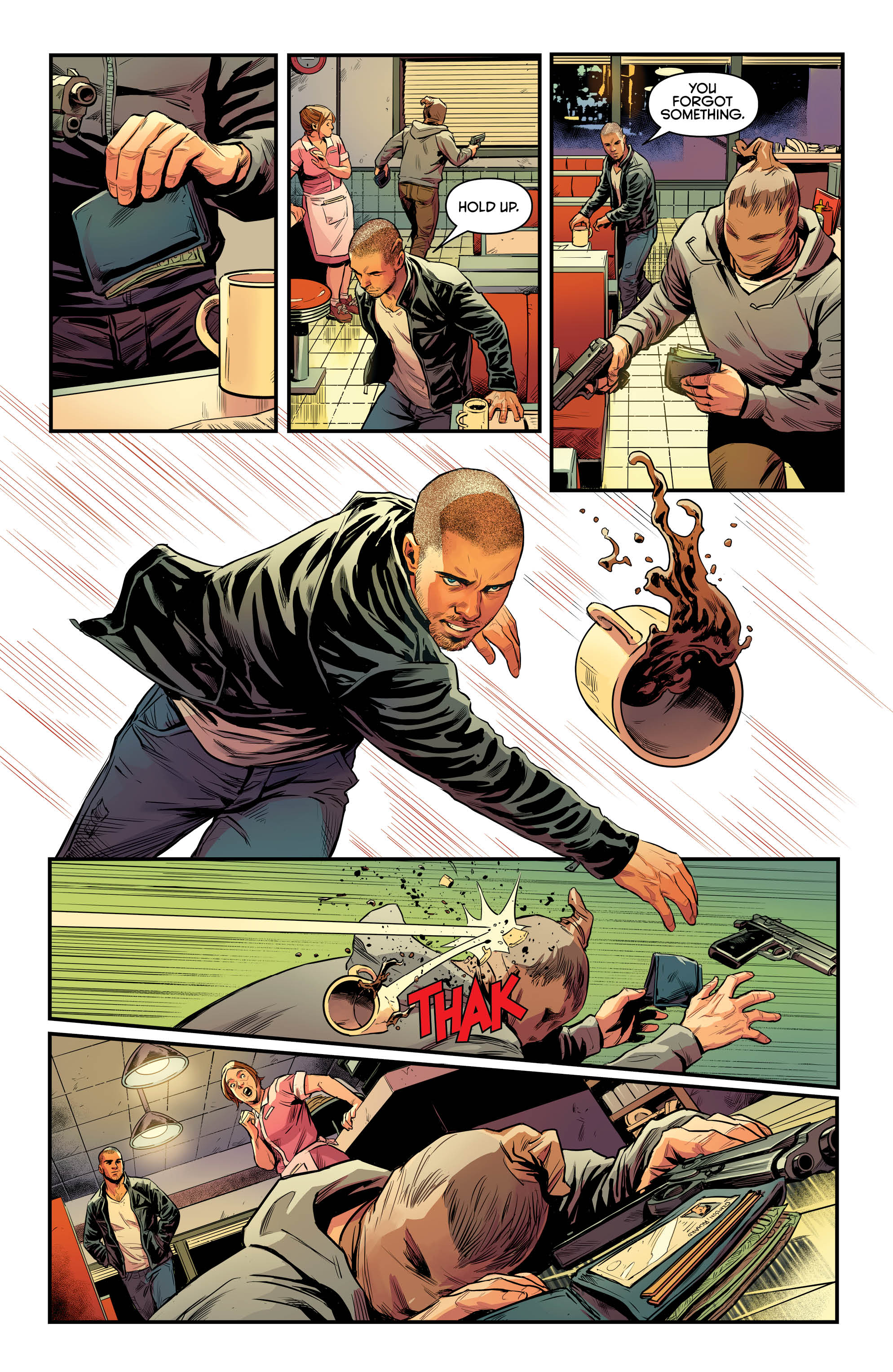 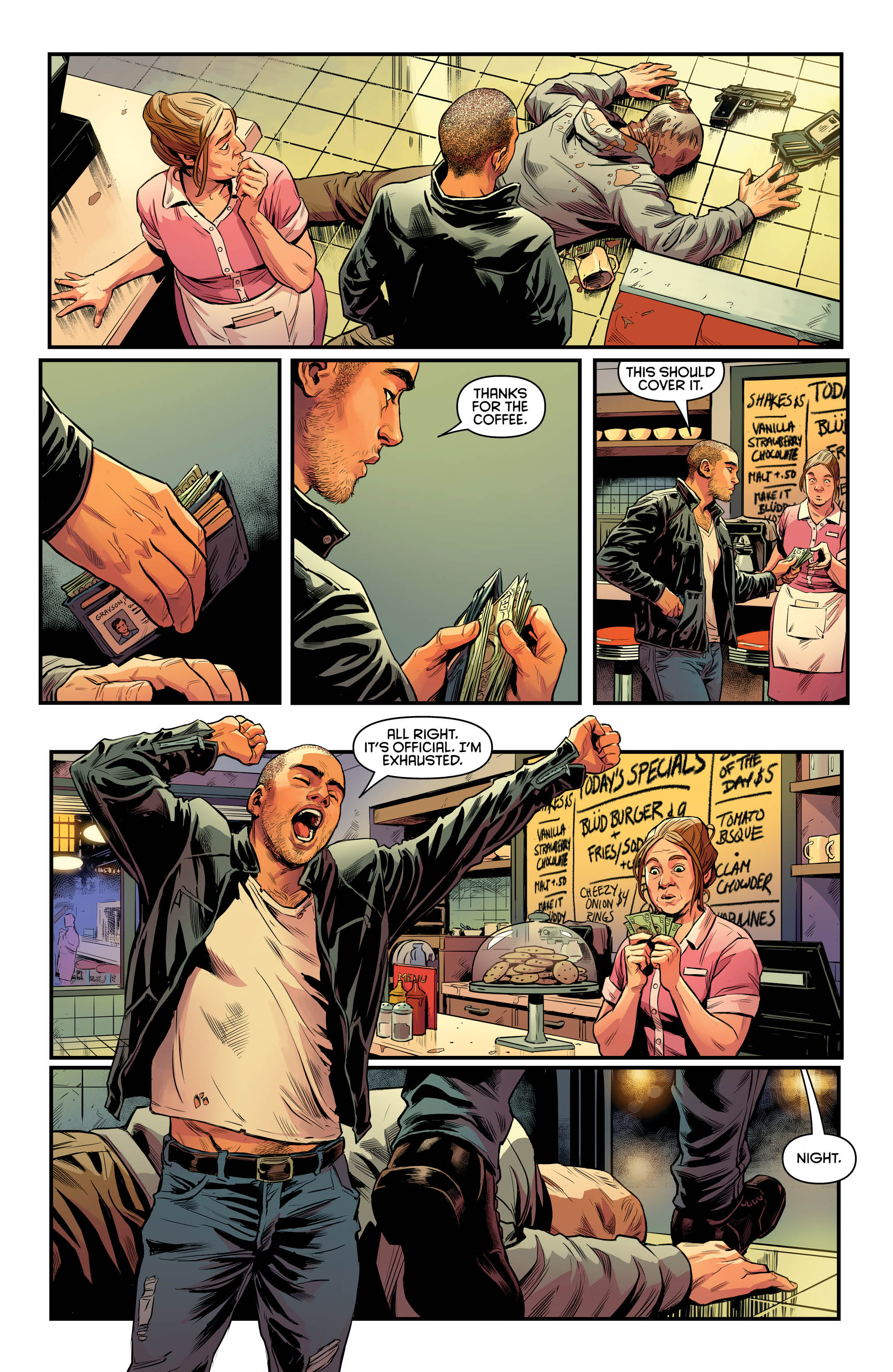 The issue follows the story of both Dick Grayson the man, and his super hero identities side-by-side. The two stories present themselves differently, yet have the same base tone, Dick Grayson is trying to be his own man.

The past story focuses on Robin trying to step out of the shadowy figure that is Batman. The dynamic duo fight, and defeat, Scarecrow before sending him off to Arkham to rethink his life choices. Instead, Scarecrow doubles down on his efforts to escape and put an end to Robin, the boy who fears nothing! It’s a fantastic nod to the past and I’m looking forward to seeing the outcome.

The present story focuses on Dick Grayson as he attempts to find his place in the world again. Rejecting help from people that care about him, Dick starts on what can be seen as quite a destructive path. Seemingly still a decent person, Dick starts doing things that he previously would never have done.

The End Of An Era

It is with a heavy heart that I must say this is Benjamin Percy’s last issue of Nightwing. Having created an excellent story arc for the last six or so issues, his story is still yet to come to a conclusive end. Is Wyrm still out there? What happen to Vicki Vale and Willem Coke, are they free from the Dark Web’s clutches?

I hope Percy comes back for a mini-series to clue us in to these burning questions.

Ultimately, a fresh new take of a character that has been a lynchpin for years. With all the reboots and continuity rewrites that DC have had over the years, Dick Grayson was the one constant. His personality has remained the same throughout them all. As has his back story and integral role within the universe.

This is a very interesting concept, and one I hope the new writer and creative team can pull off successfully.

Overall, this issue sets up the premise of the next few very well.