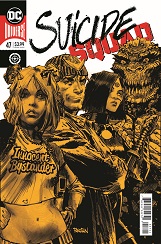 Captain Boomerang is many things. A liar, a thief, a murderer, but there’s one thing he isn’t; a lying murderous thief. Wait… that’s not right. Struth mate, he’s taken down the ruddy Flash. He needs to be respected!

After the events of “Sink Atlantis”, Rob Williams writes a filler issue that gives us more insight into Digger Harkness. Whether this is just for a single issue, or for a small series-within-a-series arc remains to be seen. 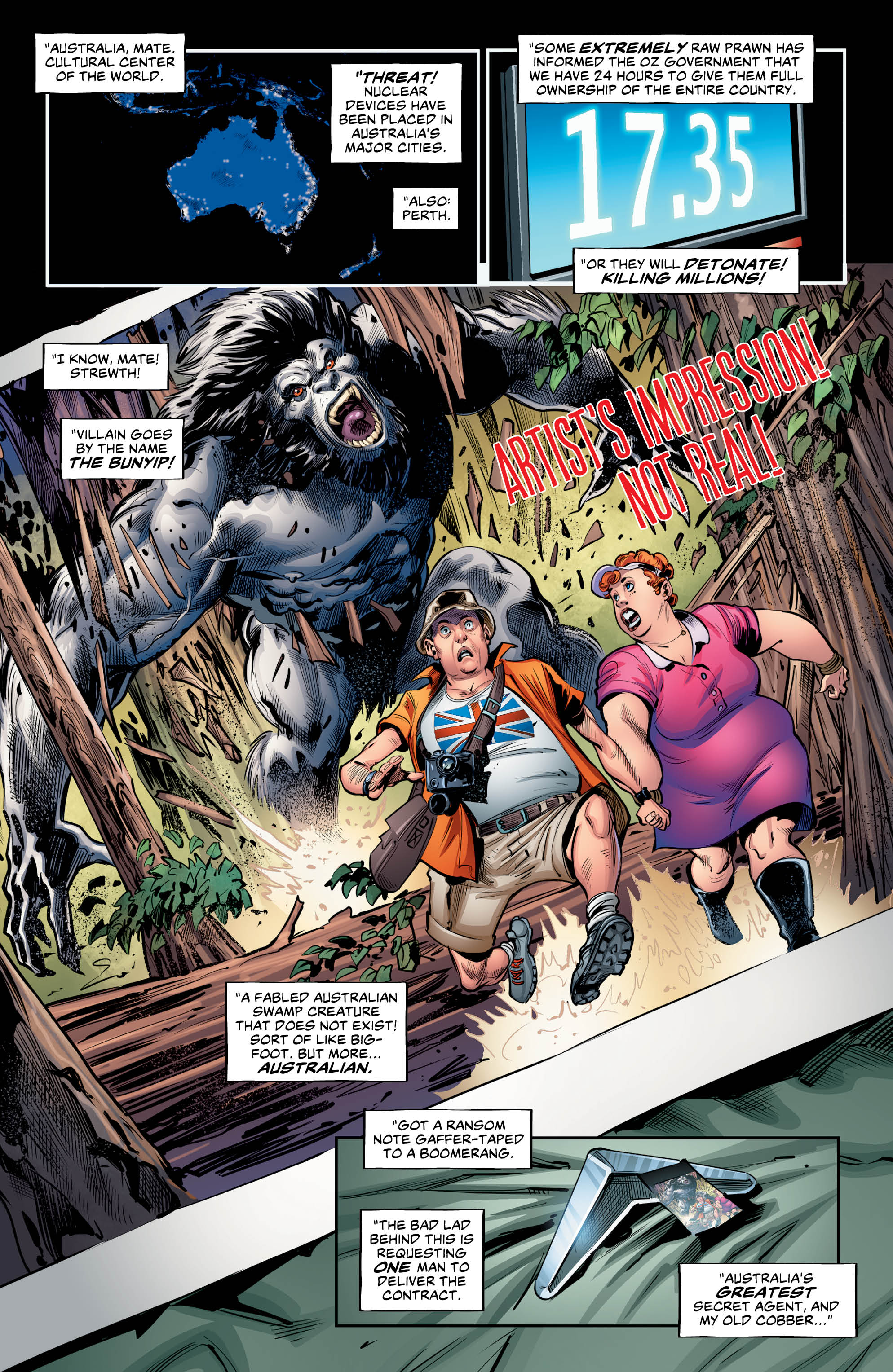 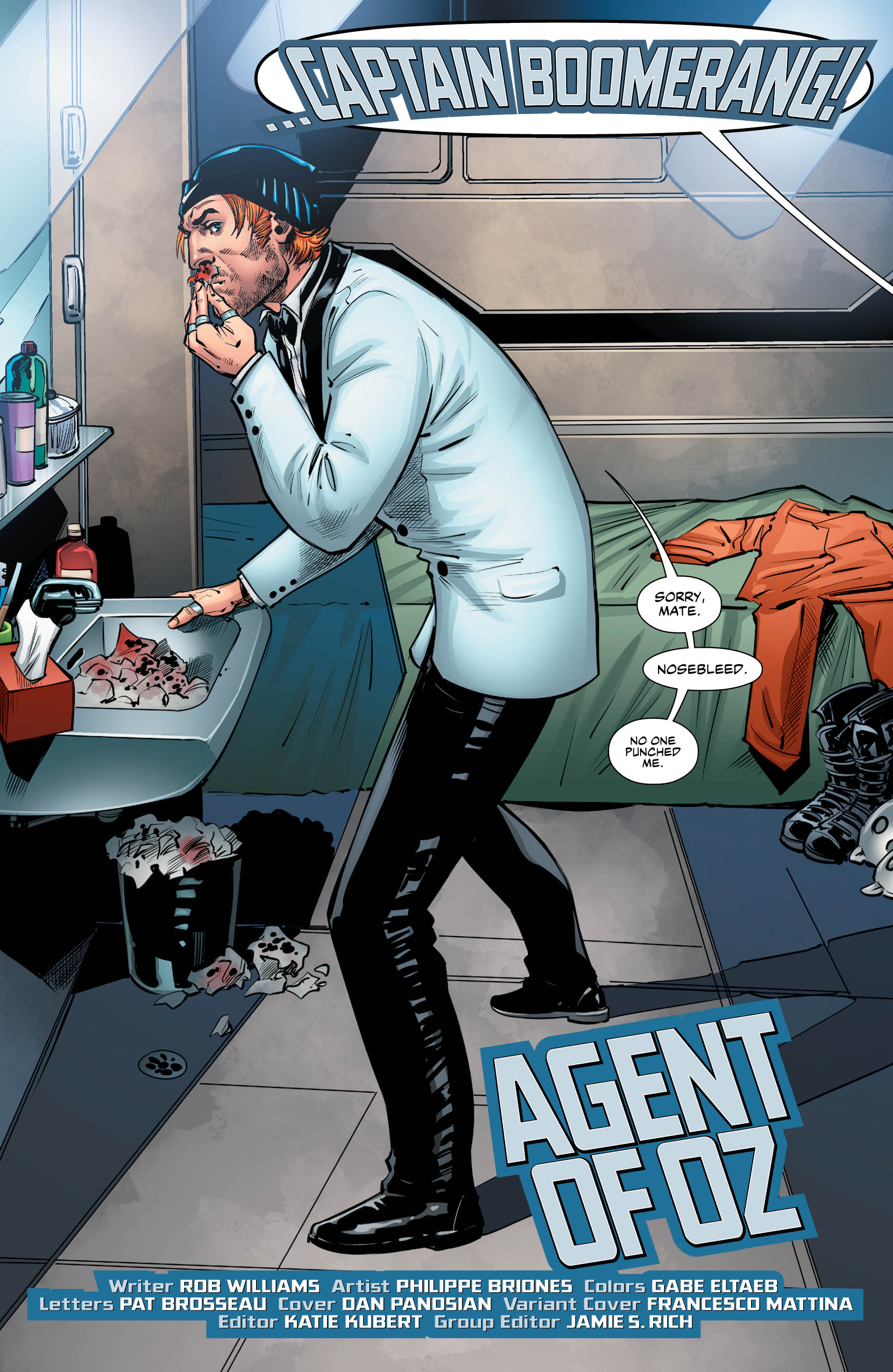 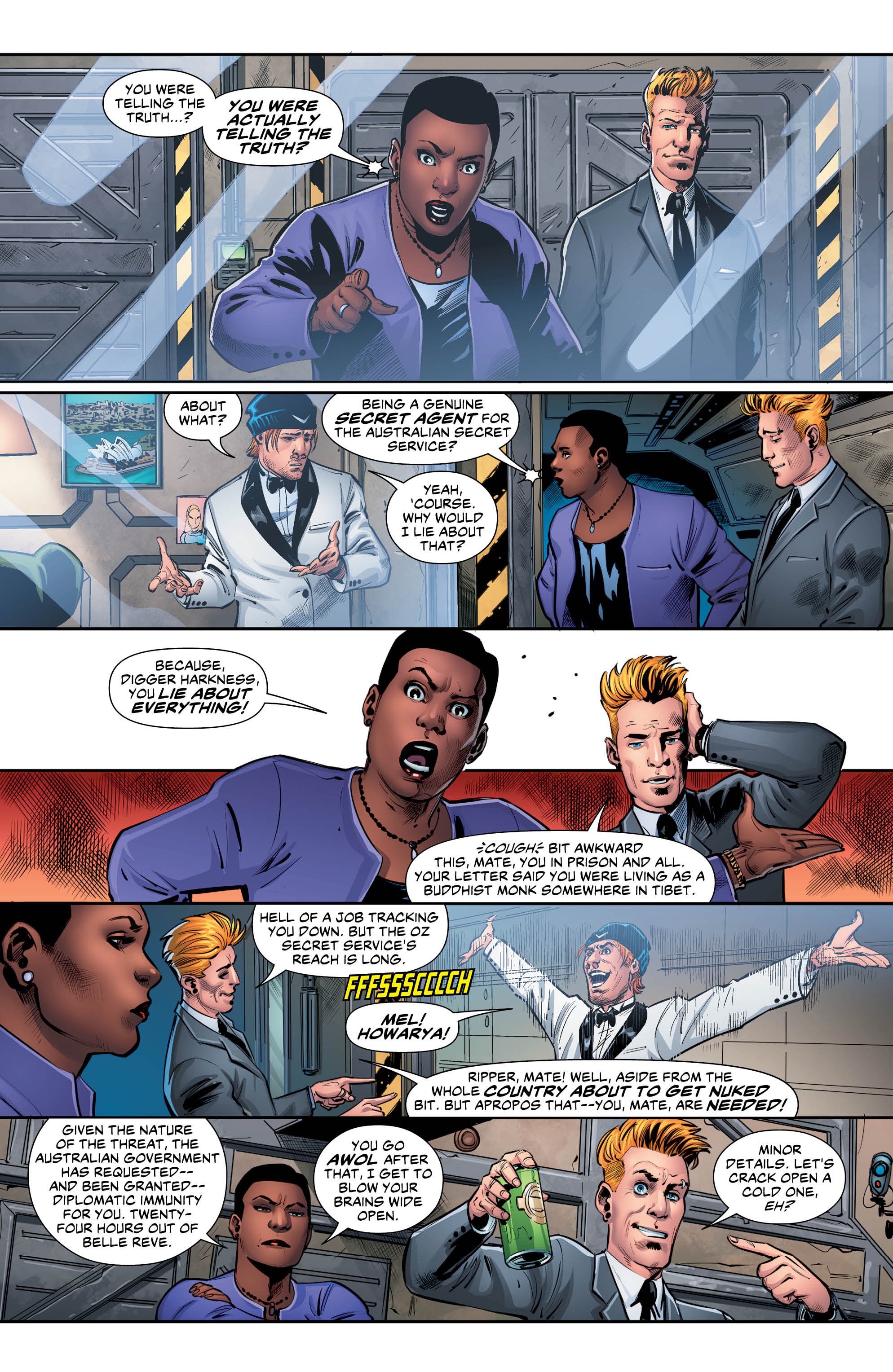 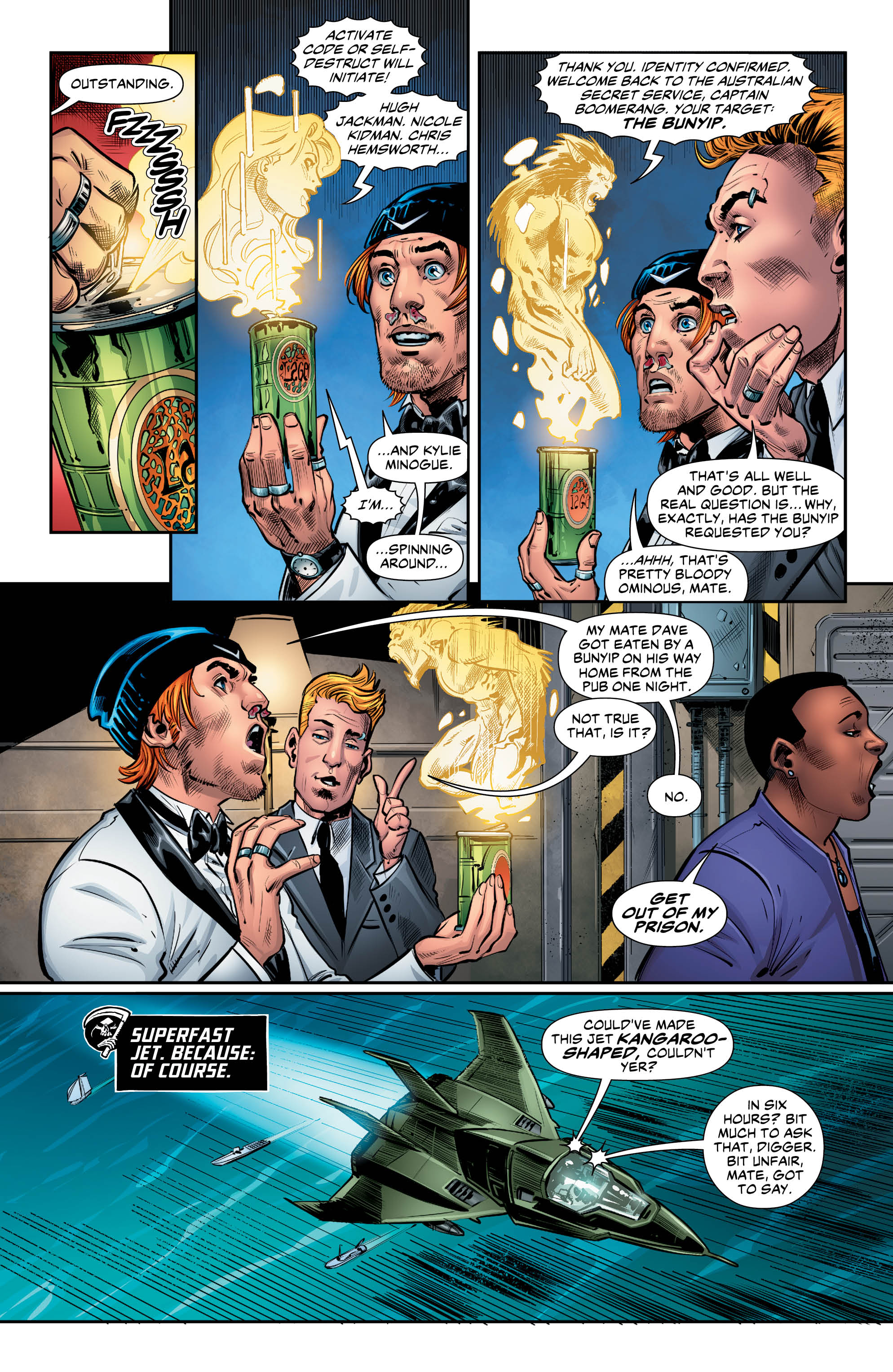 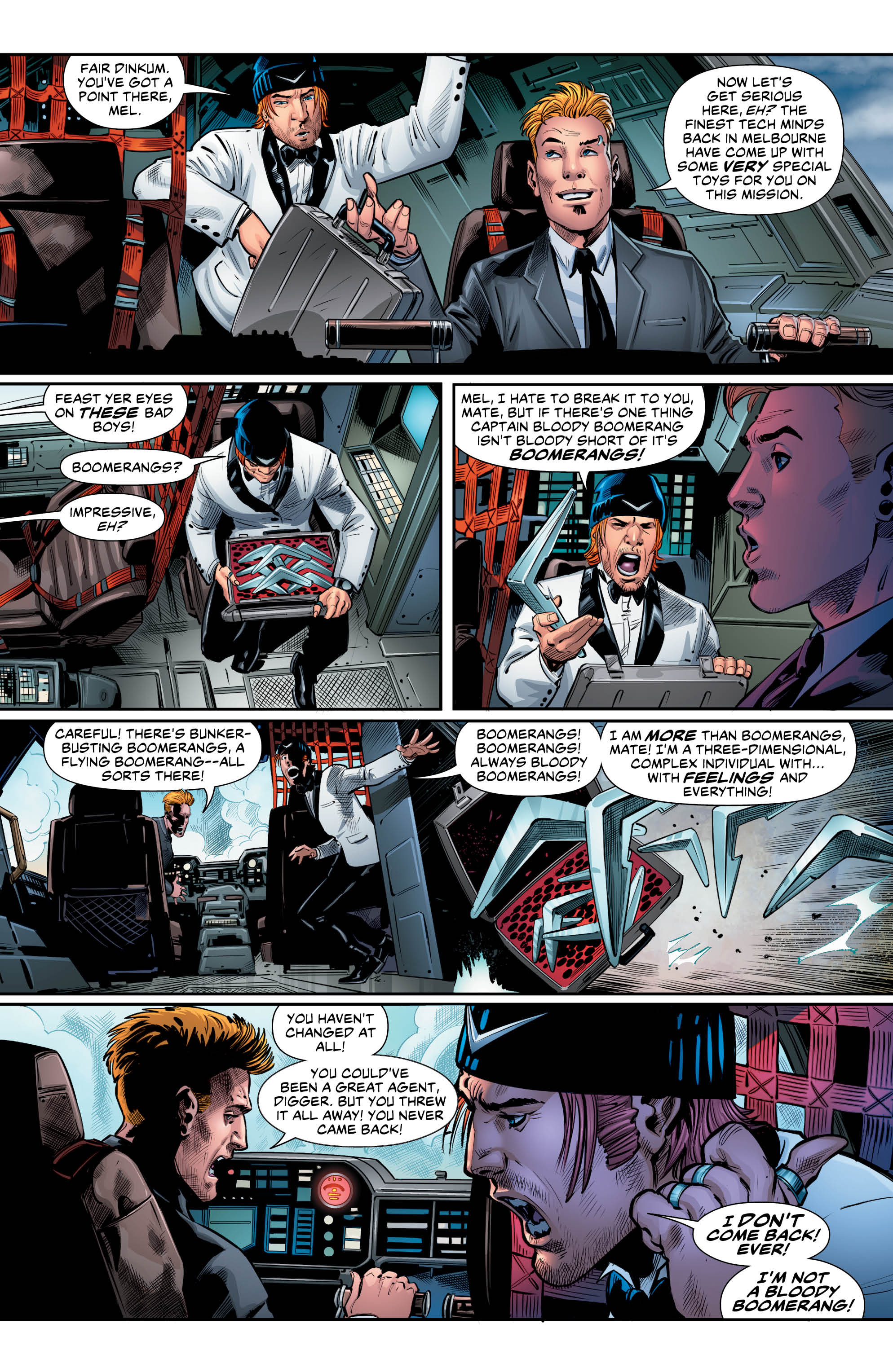 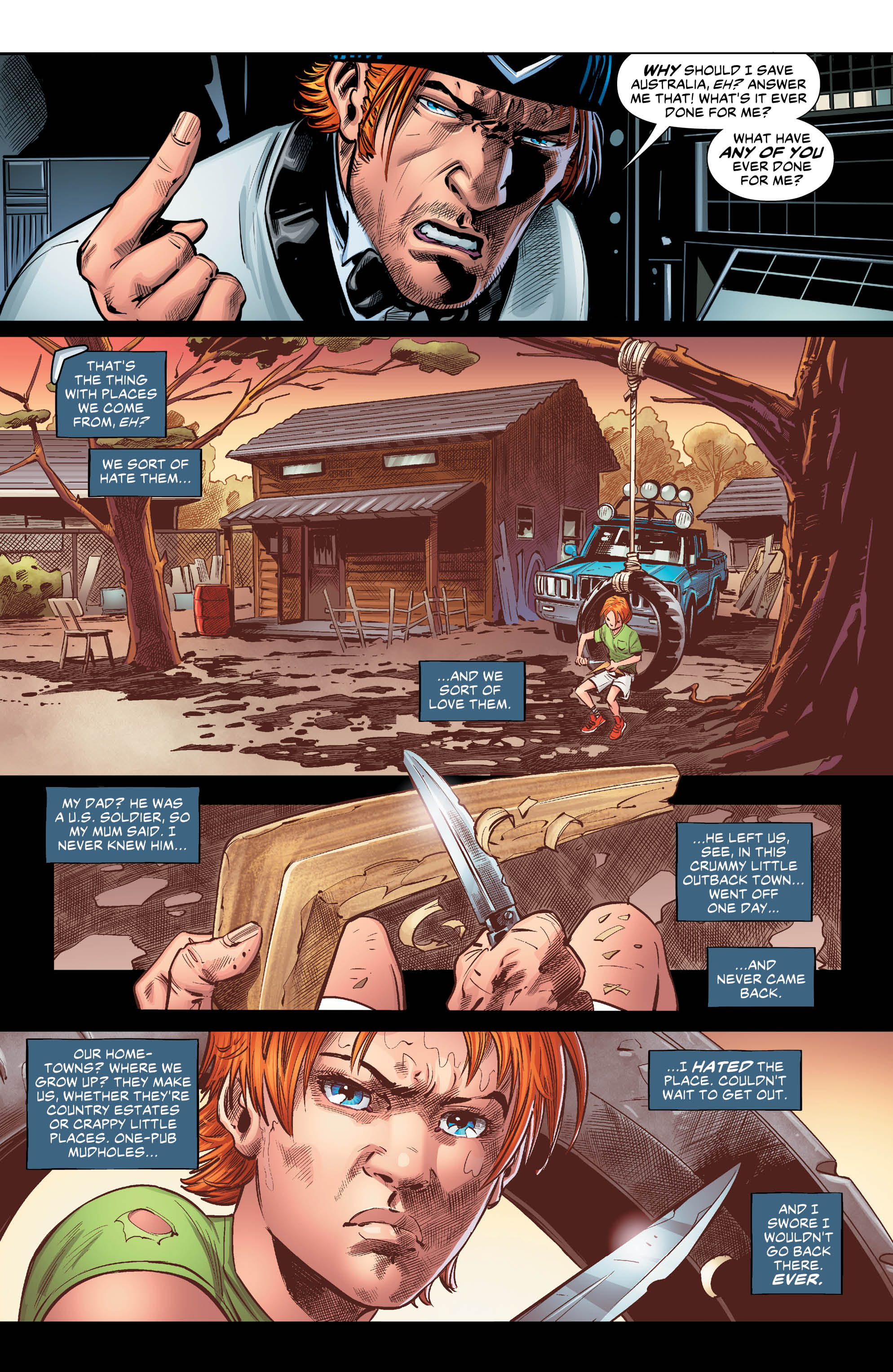 There have been a lot of things happening in Digger Harkness’ life recently, and not all of them have been good. His history has been alluded at in previous Suicide Squad issues. Most recently when speaking to Waller about his life before being a criminal. It appears, according to this issue, that he was actually telling the truth.

Happy go lucking his way through the entire comic, Harkness manages to disrupt massive arms deals and hunt down a dangerous Australian villain. Unable to keep himself from making quips, Captain Boomerang doesn’t really take his new solo mission too seriously. He does however, manage to succeed in his mission before the final panel.

Overall, the issue is a great comedic read. Something fresh and fun to settle the heavier stories that Williams has been writing recently. It certainly makes me look at Captain Boomerang in a new light. Williams is doing a fantastic job at enhancing the images of certain characters. Killer Croc and Deadshot being the most obvious so far.

I really enjoyed the artwork in this issue too, it really fit well with the feel of the comic. Philippe Briones does a brilliant job at capturing the essence of Captain Boomerang on the printed page.

An excellent filler issue to tie the fans over until the next story arc. Williams and Briones have added extra layers to the beloved character of Captain Boomerang.

Zack Snyder On Parademons ‘Too Scary’ For Cinema