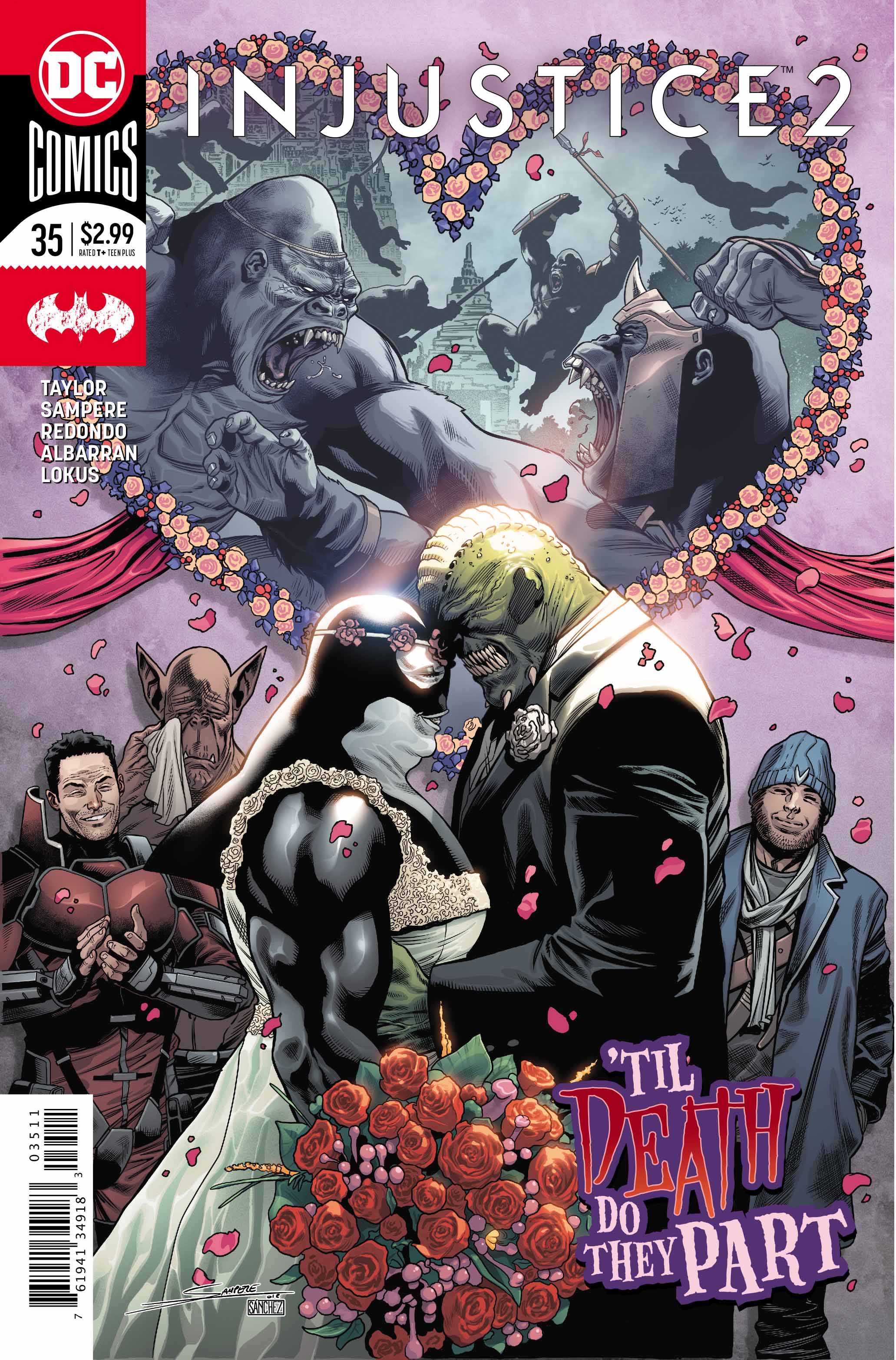 Who knows what the future holds for the world? Now that Superman’s regime is over, multiple forces strive to reshape the planet. With tensions high between Ra’s Al Ghul and his followers, and Batman and his new Justice League, can anyone truly be happy?

Orca and Killer Croc, a pair of the world’s most dangerous apex predators, are having a child. A couple that would quite literally kill for each other, it falls on Deadshot and the rest of the suicide squad to broker a marriage between the two. 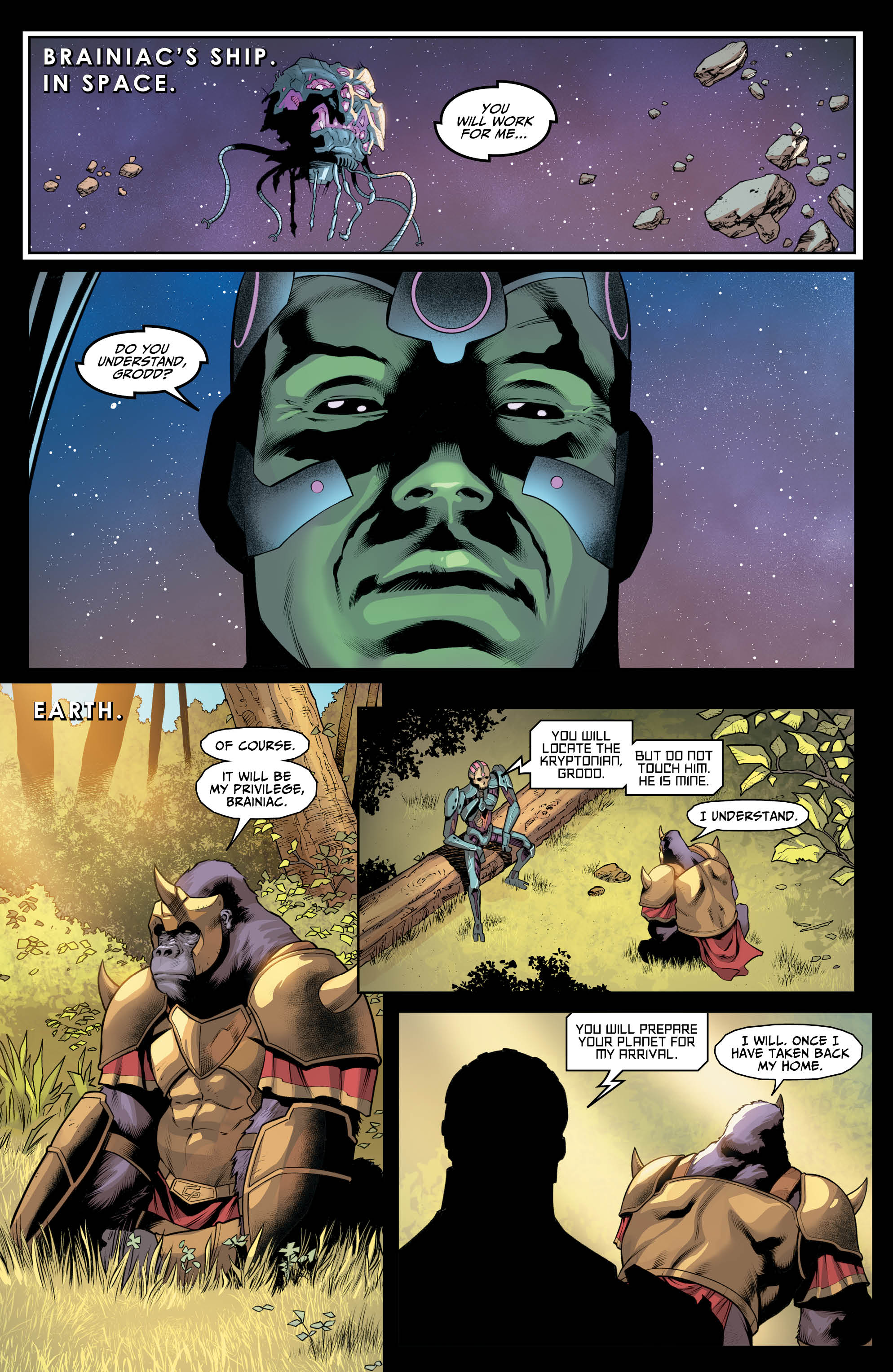 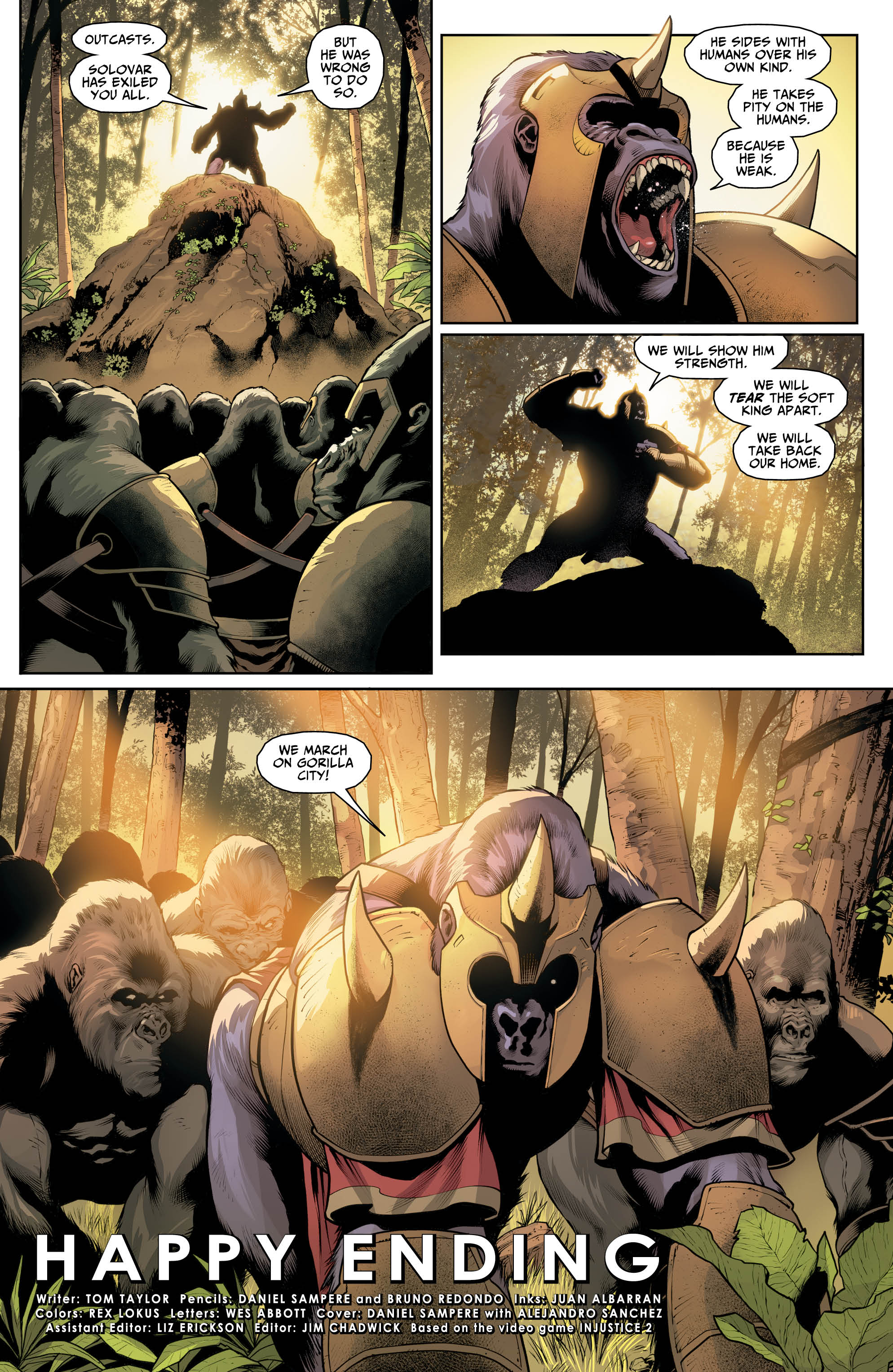 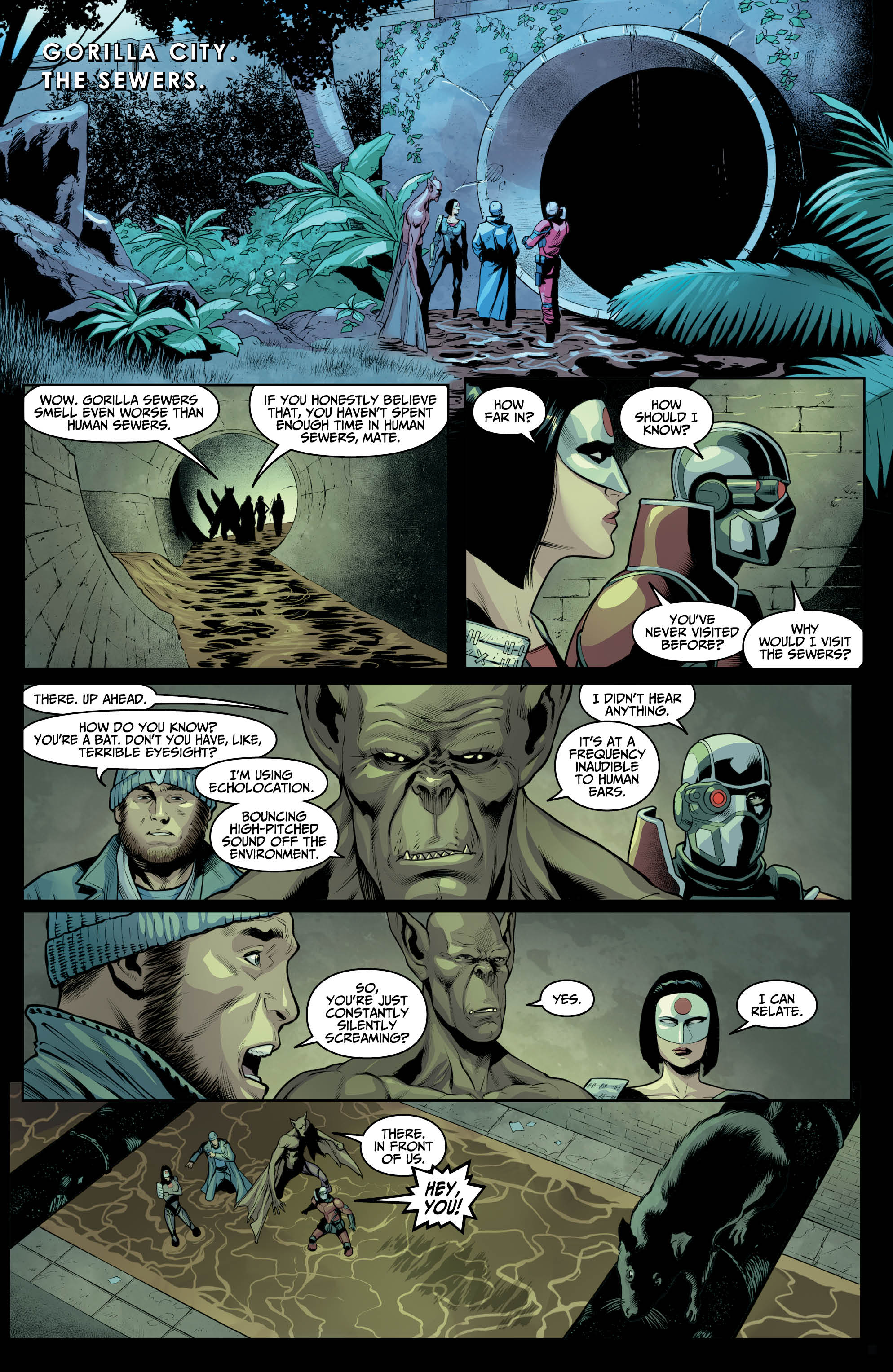 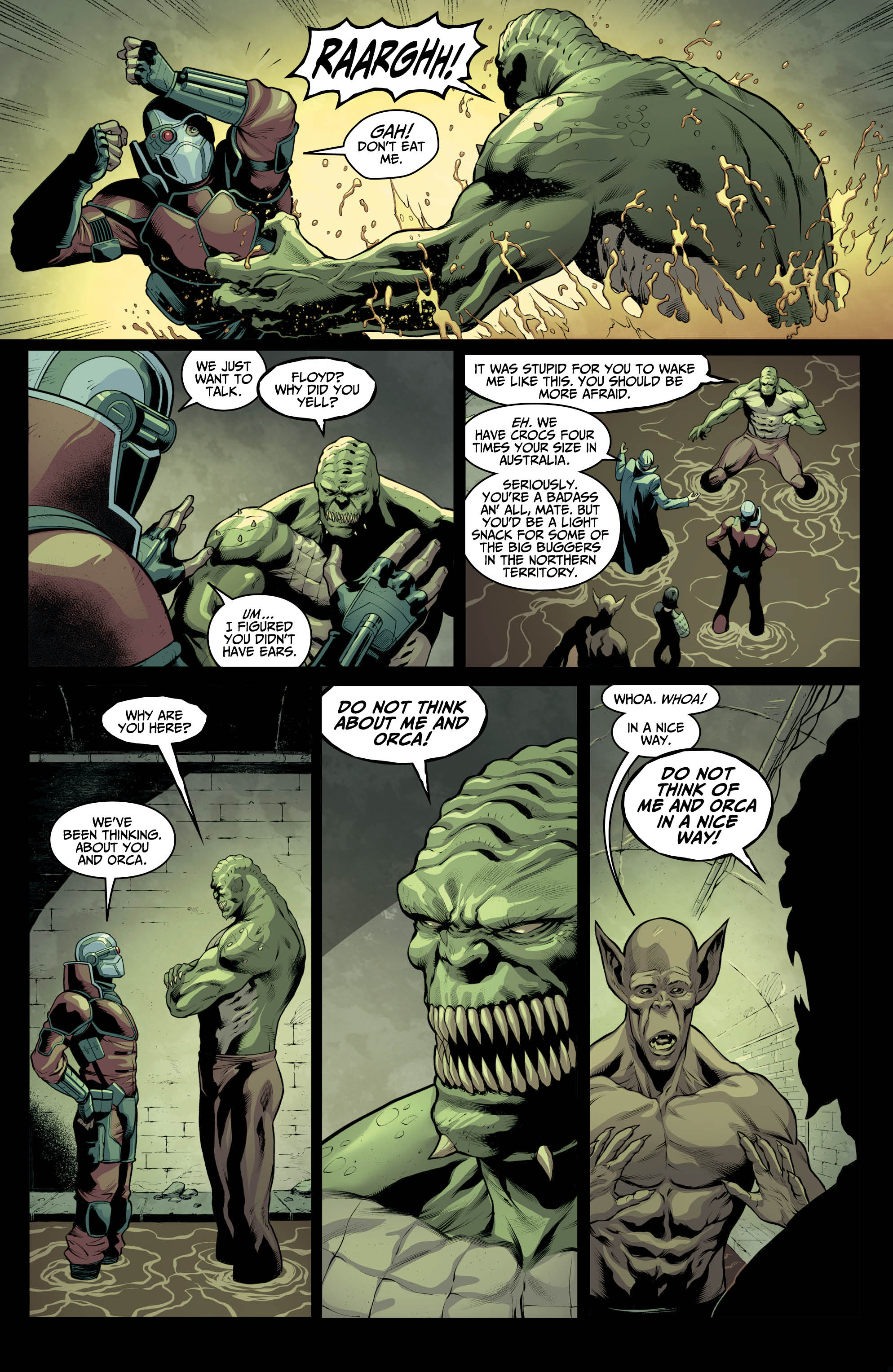 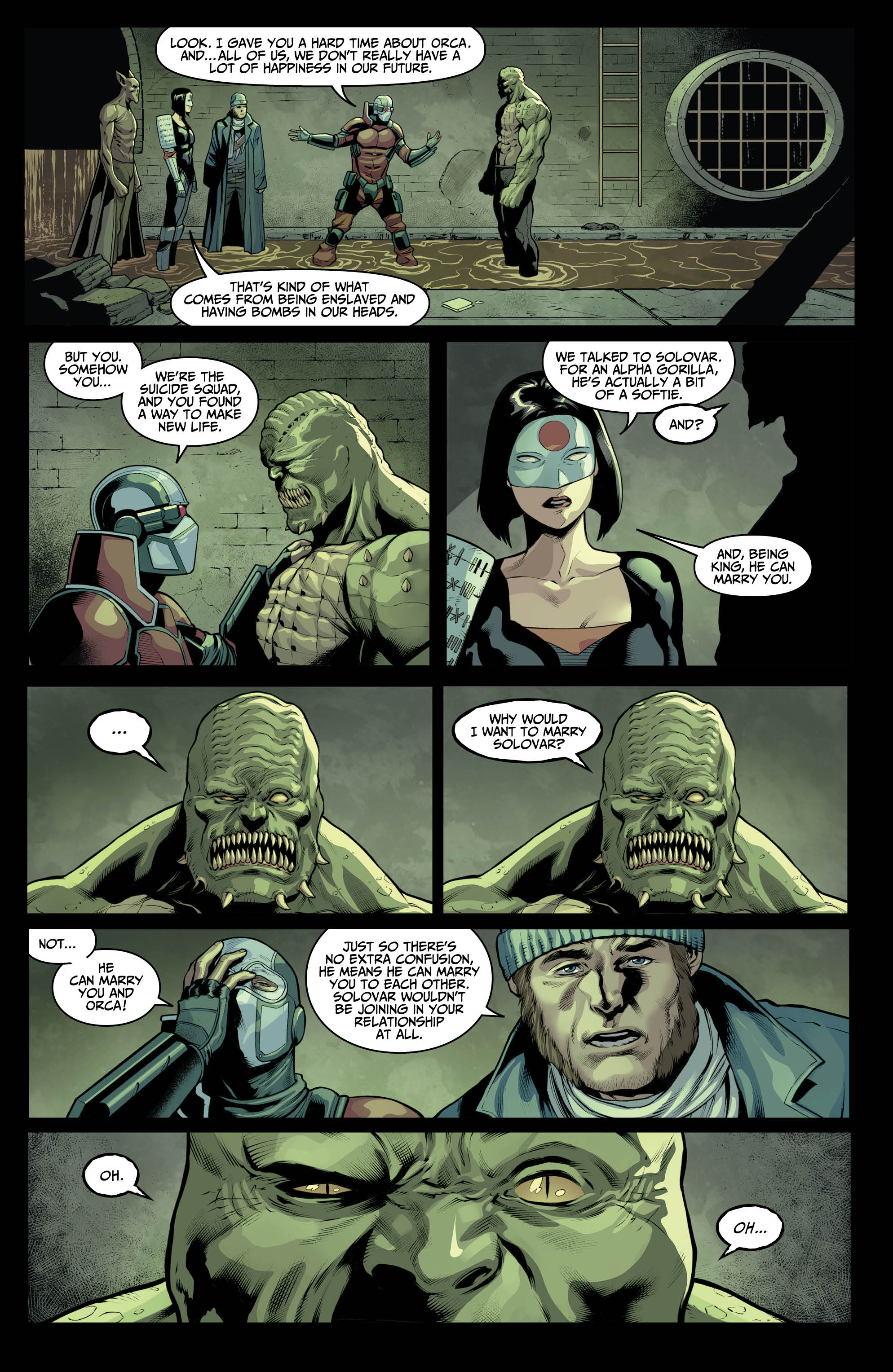 This was such a wholesome comic from the minds behind this run. While the world is preparing itself for, potentially, another war; Gorilla City prepares itself for a wedding. Supported by his teammates on the suicide squad, Killer Croc proposes to Orca. I love the relationship that the members of the squad have with each other, in this universe or another. They feel like a family, always on the look out for each other.

After the ceremony, the couple are confronted by Ra’s, who has a heart-to-heart with them which almost ends in his death. After a brief attack, Ra’s is saved by none other than Gorilla Grodd; who is marching on the city! Coming to grips with the fact that they were free to go, the pair turn and walk off into the sunset. Claiming their happy ending.

The issue itself though was a great read, with artwork to support it. I love Taylor’s depiction of the different relationships in the comic. I love Killer Croc and Orca together, I hope they live out their life and raise their child in peace. The relationship within the suicide squad is brilliant, and particularly enjoyed Katana’s lines throughout the issue. I also love the relationship that Ra’s has with them, even though he knows they’ll most likely kill him; he still sets them free and tells them he hopes they are able to raise their child in a world of peace.

The timeline is a little confusing in Injustice 2, because while this is happening, Ra’s and his followers should be in Atlantis having peace talks with Batman and the new Justice League. Unless those talks have already happened, in which case, what was the outcome? A little niggle about an otherwise great issue.