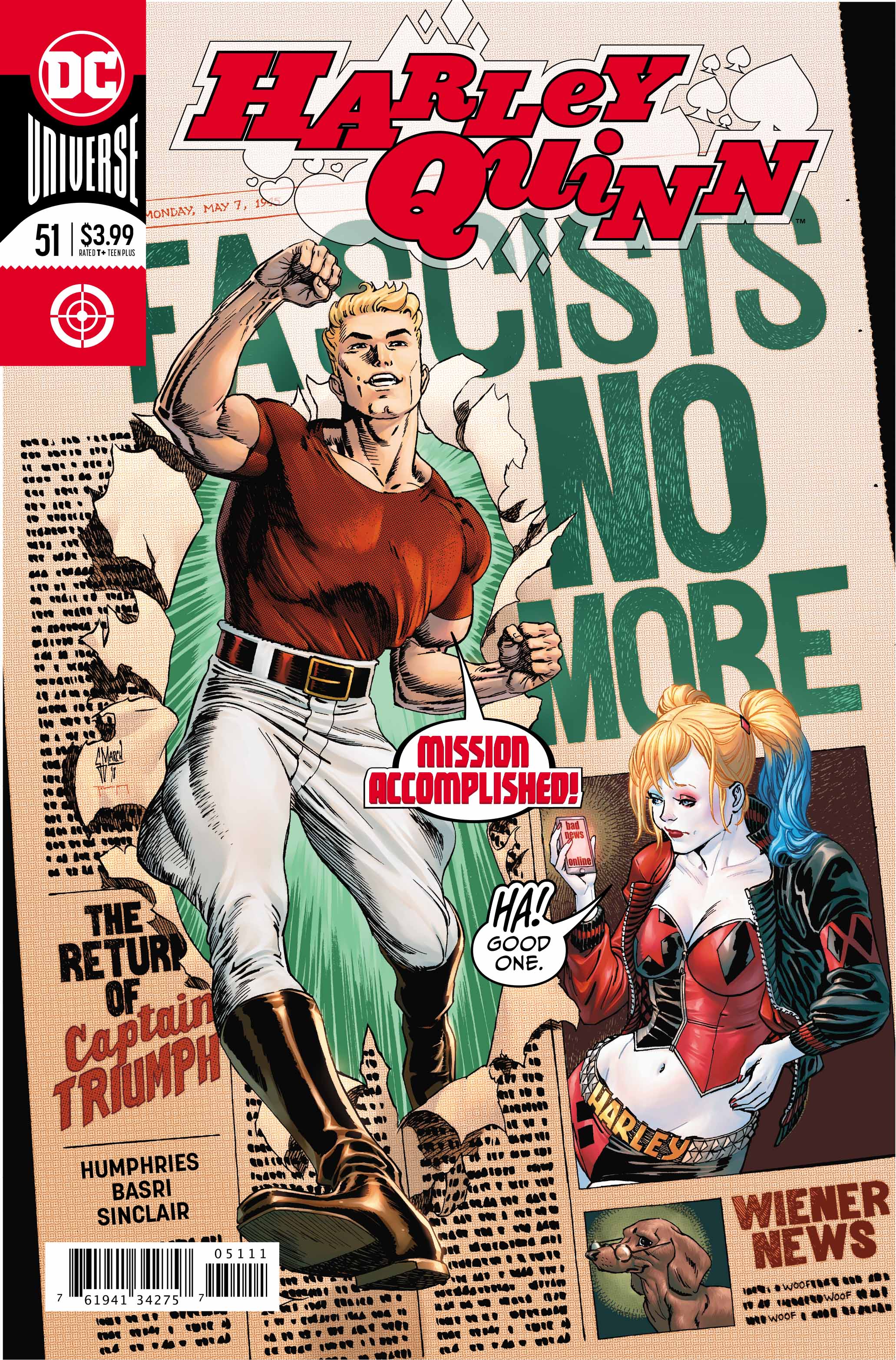 Back into Harley’s world we go. aAs this issue of Harley Quinn takes off we see that not everything was fixed in the last issue, where the whole of DC continuity was in peril due to Harley reading her own comic book. We are introduced to Captain Triumph, a Golden Age hero, as he tries to navigate his way through a completely different era in the modern comic world.

We meet him as he is saving a man who has fallen in the street from a runaway truck. All is going well til everyone wants a photo of this new superhero. He thinks everyone is holding a mind control device given to them by his arch nemesis The High Priest Sitok. Captain T begins very quickly to realize though that something isn’t right and he is not where he should be. 1945 is a very long way away indeed. 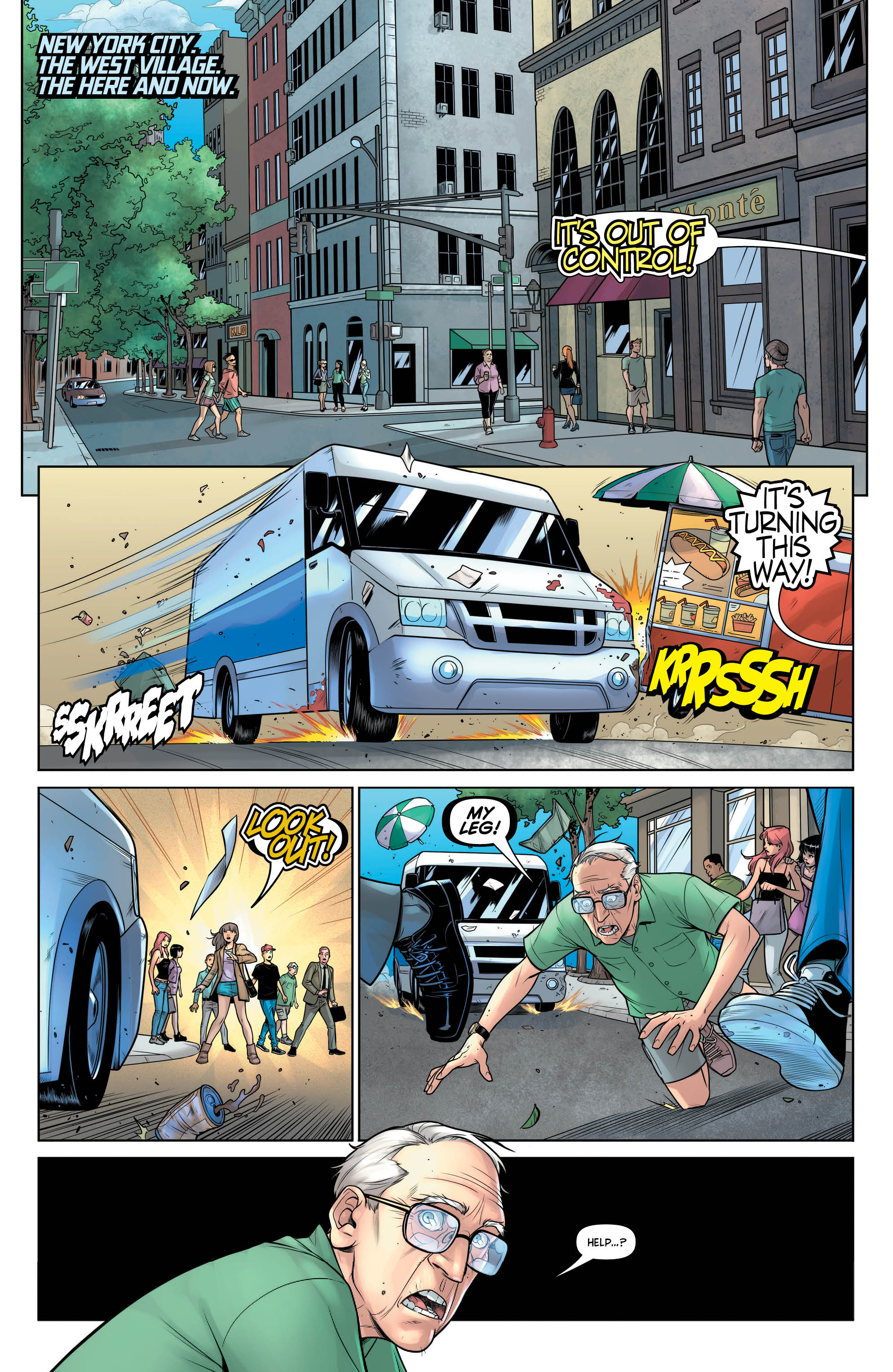 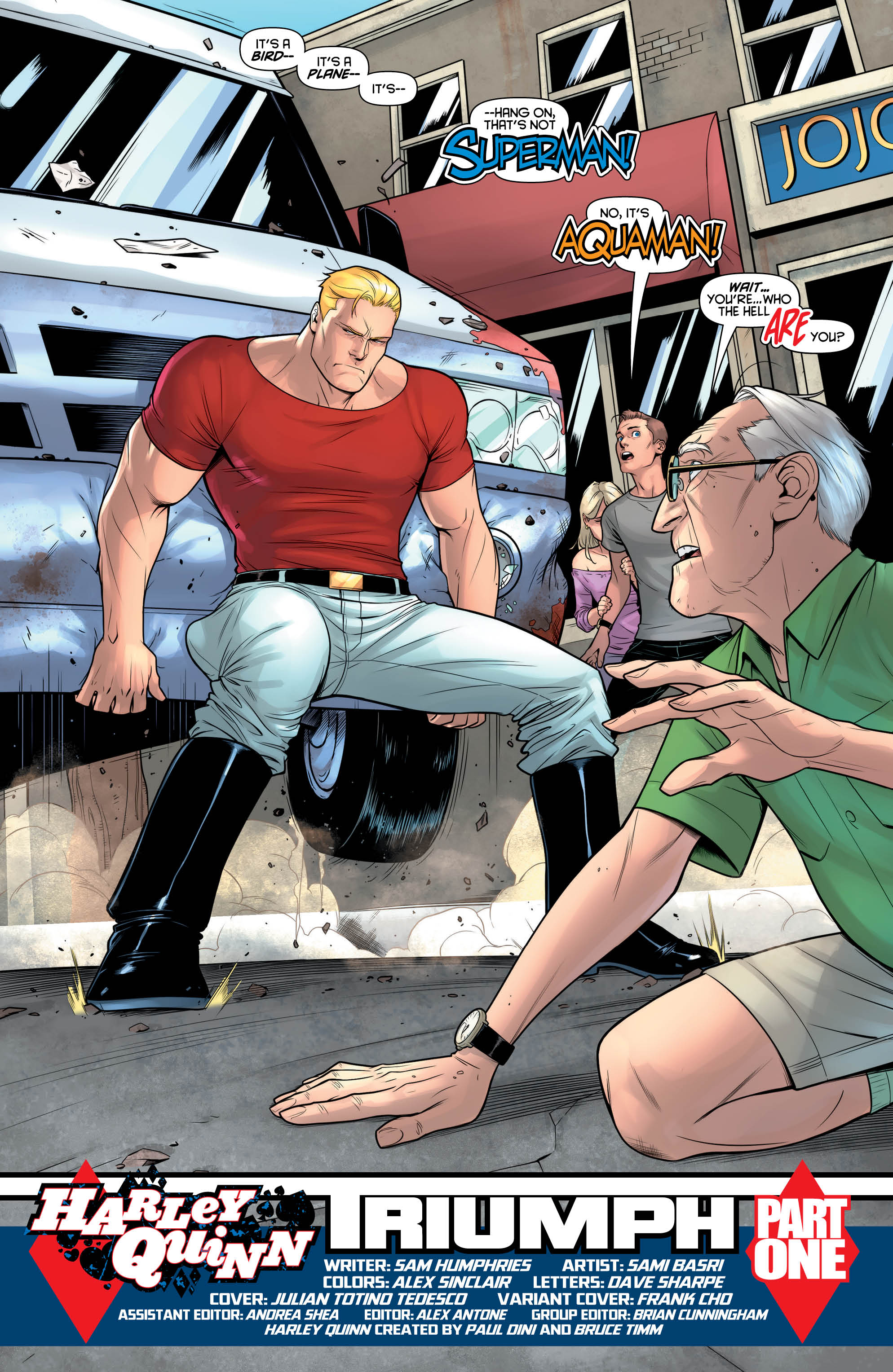 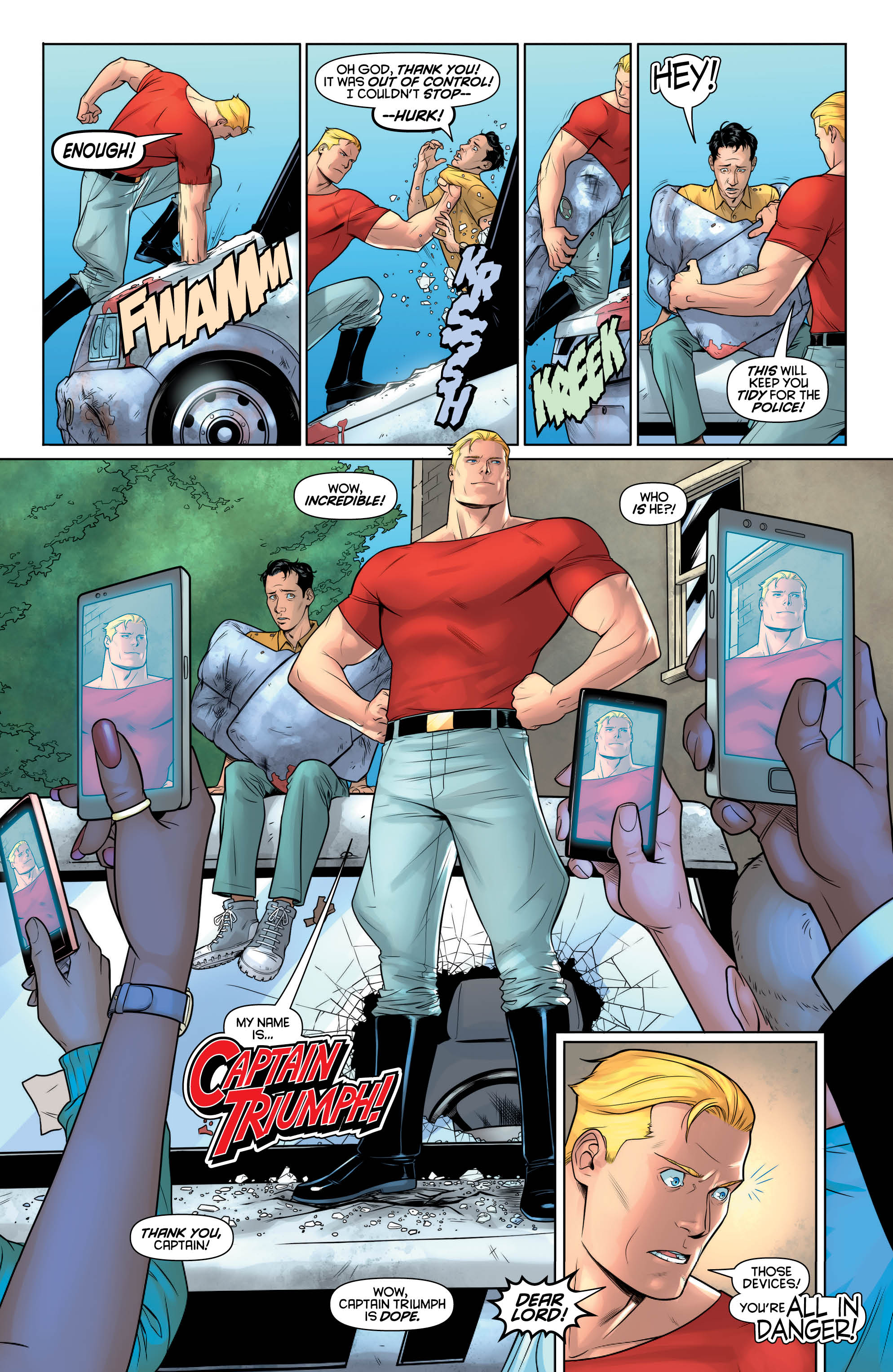 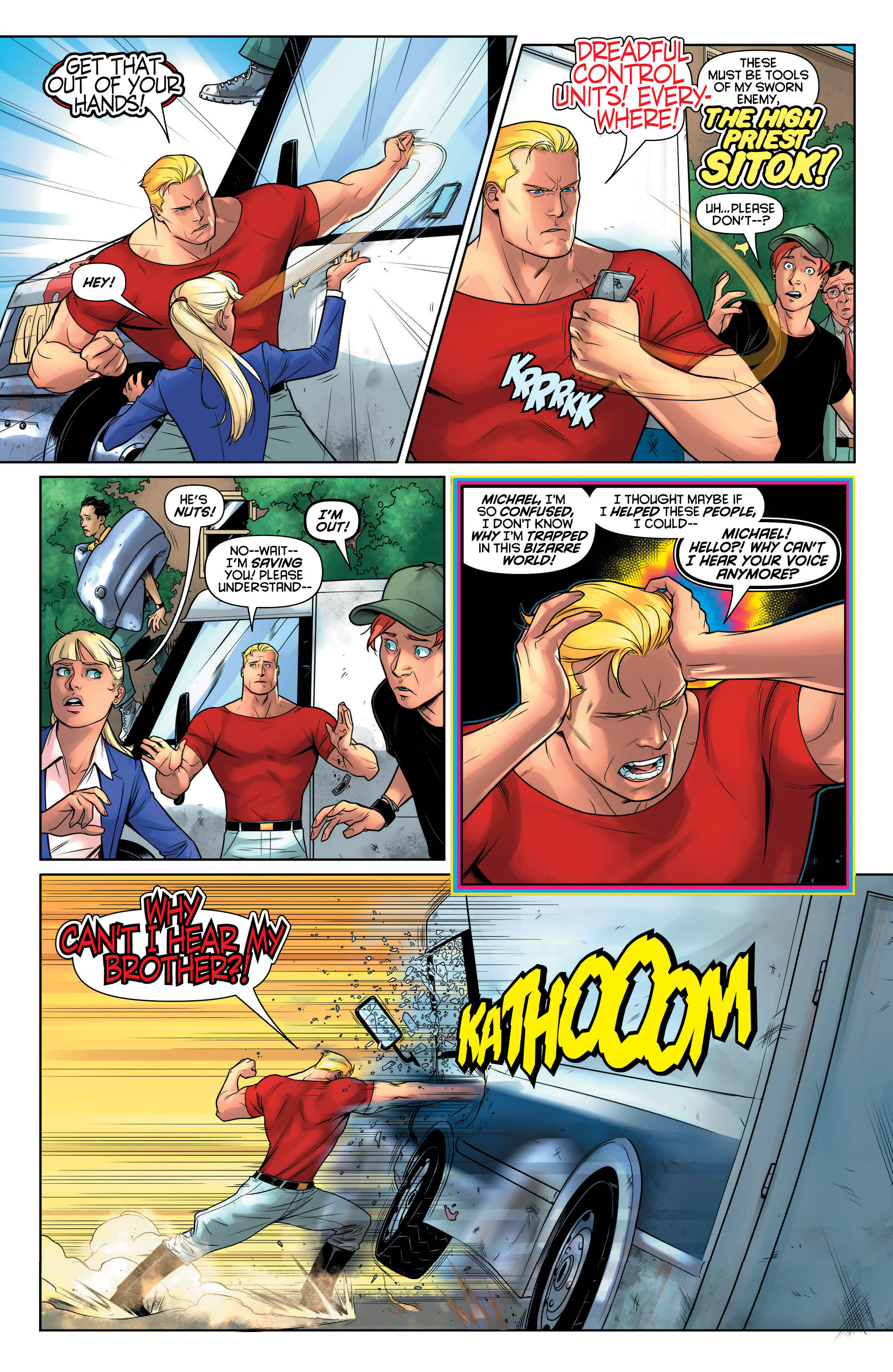 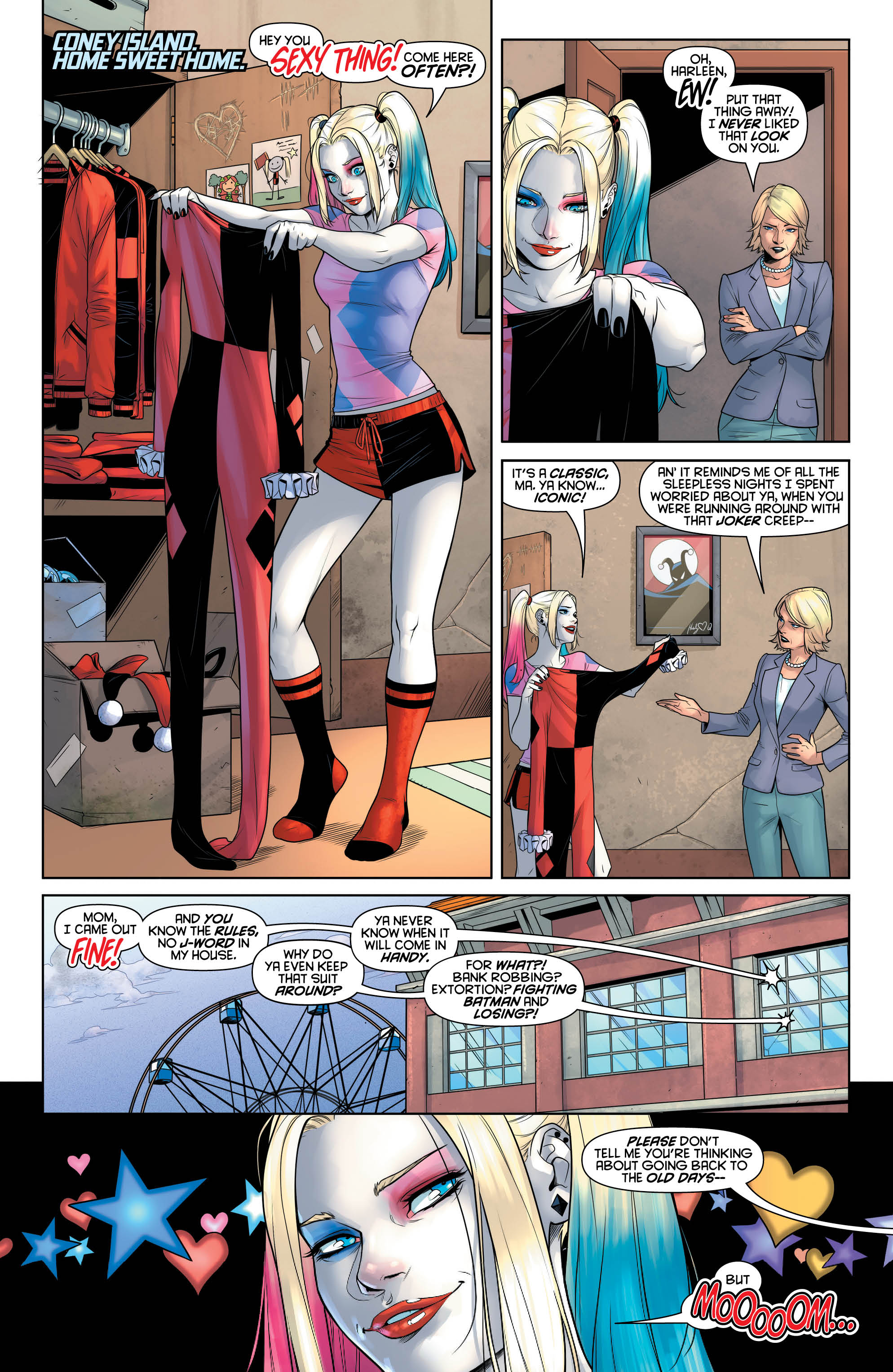 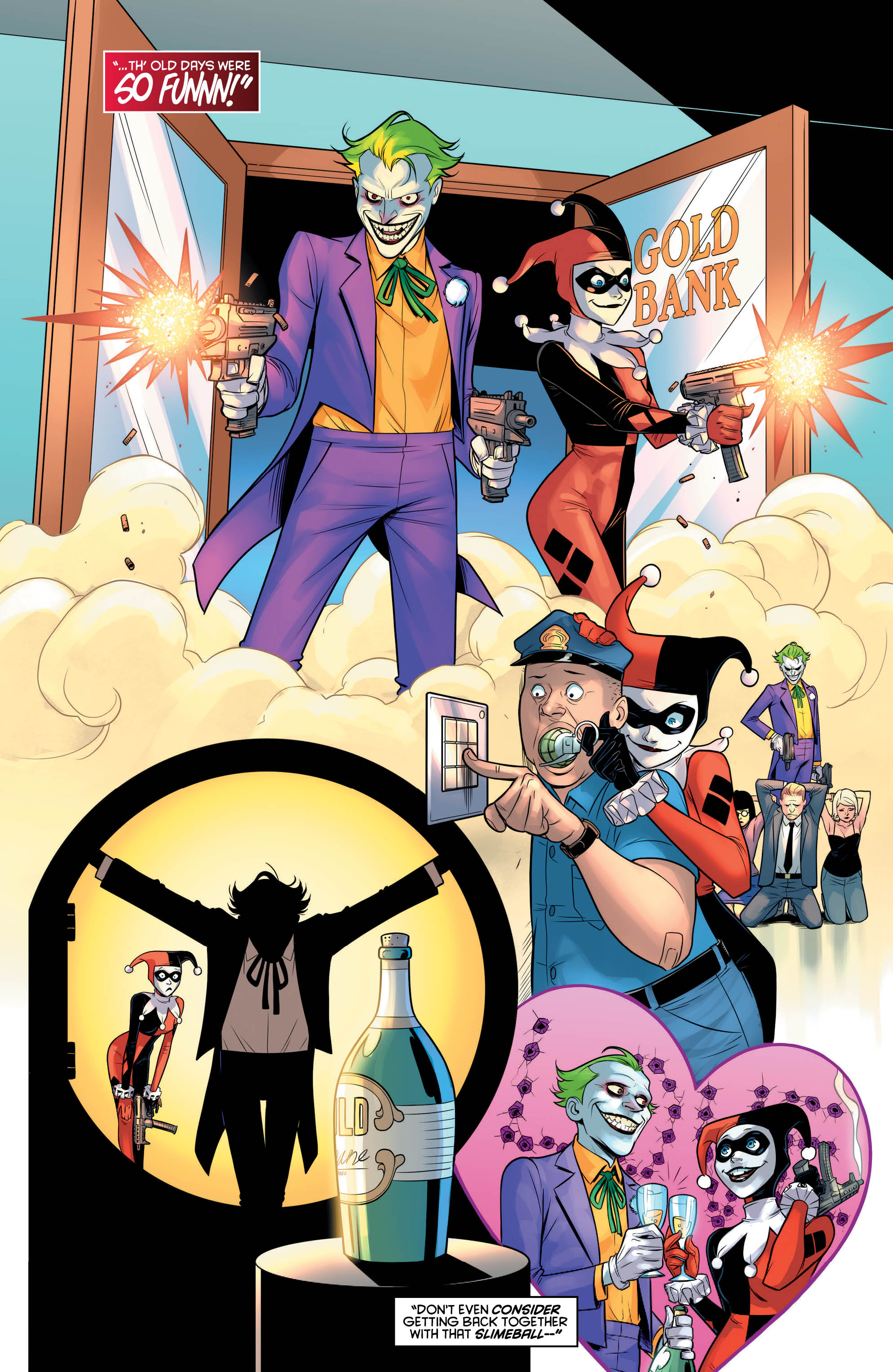 Harley in the meantime is reminiscing about the old days of crime and just how easy everything seemed then versus her straighter path now. She and her Mom are out having lunch when they run into Captain Triumph. Harley makes quite the call to the Continuity cop from the last issue Jonni DC. She tells Harley, while dealing with a room of Donna Troys, that Captain Triumph is out of his universe and canon because of Harley and her actions last episode. Harley’s own Mom fully agrees she should help set things right.

The only problem is that when Harley makes progress helping Captain Triumph he also finds out that the whole reason he is in this conflict to begin with is because of her. Not going to spoil it, but he doesn’t exactly take it well.

The art and writing team for Harley always do such an amazing job. This is one of my favorite books out right now, and I always look forward to reading it.

Humphries and Basri do a great job of bringing Harley’s world to life, and with Alex Sinclair on colors with a variant cover by Frank Cho nothing can go wrong.

What are your thoughts readers? Are you as excited as us for the next issue? Let us know in the comments below.