If one has not heard, the internet broke in half last week with the first appearance of Batman’s manhood. The advocate group Genital Autonomy America (GAA) quickly protested the appearance, but not in the way you think.

In Batman: Damned #1 by Brian Azzerello and Lee Bermejo, Bruce Wayne stripped off his costume until he was stark naked. While more prudish comics would cut away from the nudity, Damned showed off Bruce’s… let’s call it his second utility belt. While not a big deal in the context of the story, the internet went into uproar about the typically inconspicuous Bat-member.

The non-profit advocacy group Genital Autonomy America (GAA) responded in dismay, but their negative response was not due to the presence of Batman’s God-given grapple gun. Instead, the GAA protested against the fact that Bruce is apparently circumcised.

The GAA opposes against non-consensual circumcisions, stating that they will protect, “The birthright of male, female, and intersex children and babies to keep their sex organs intact.”

Non-therapeutic amputation of the normal body part of a non-consenting minor is not only sexual child abuse and a violation of that child’s inherent right to bodily integrity and genital autonomy.

In continuing the line of thinking, Milos added how Batman is like the male anti-circumcision group Bloodstained Men.

They, like Batman, have goodness and right on their side, and my hope is that others who have experienced the unkindest cut also will stand up and protect the most vulnerable among us. It’s their body, it’s their right!

Is it possible that the late Thomas Wayne is a child abuser for circumcising baby Bruce’s lil’ Bruce? More importantly, should DC make all of this canon?

Think about it. The way the GAA makes it out to be, that act could have led Bruce down a path of super-villainy. Maybe that should be the origin story of the next evil Batman from the Dark Multiverse ala Dark Nights: Metal. Hey, if Scott Synder made an evil Batman who tapped into the Speed Force by chaining the Flash to the hood of the Batmobile, then anything is possible.

In the meantime, DC is quietly sweeping the reveal under the rug. Batman’s other Bat-pole will be censored in future printings and digital releases. But for fans of Batman’s mini-Robin, do not worry. Because to quote Grant Morrision: 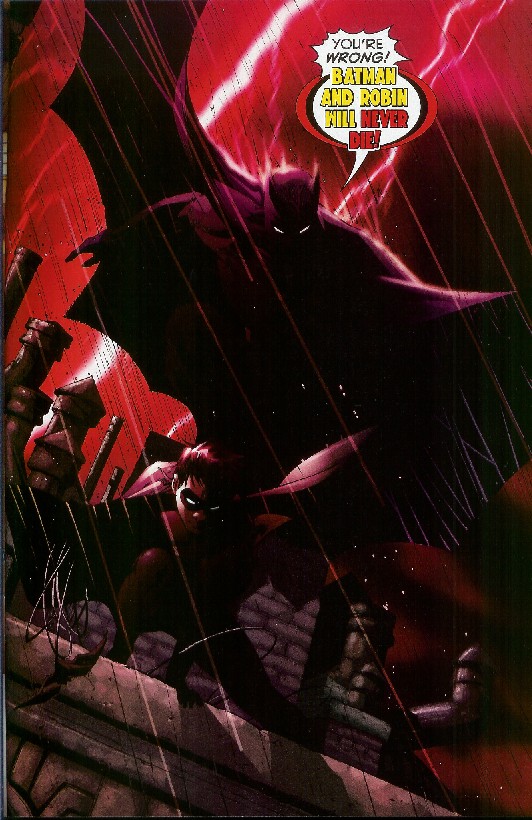 If you know what I mean.