‘A Fine Fit of Feather and Fur’ 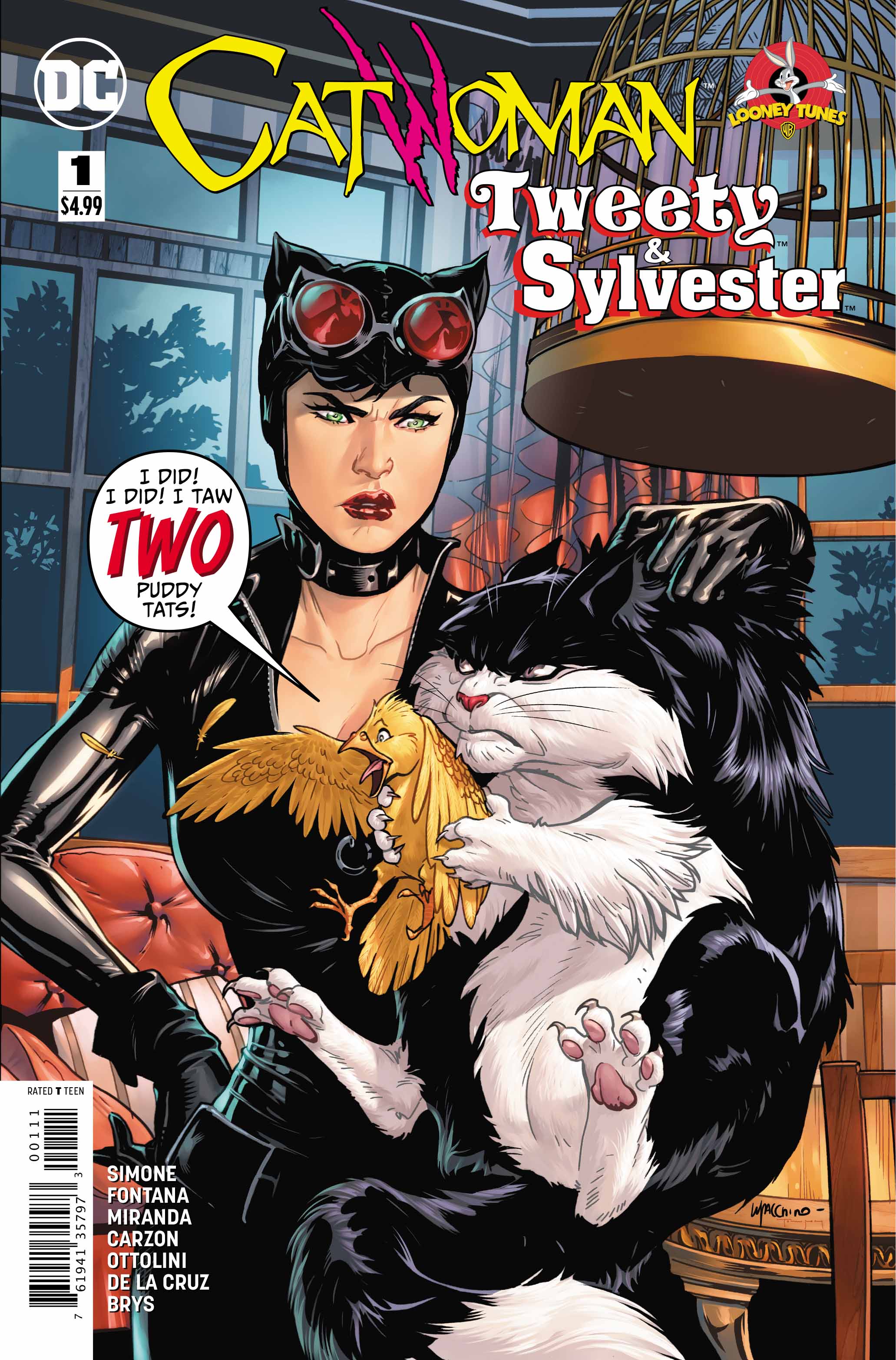 I have seen some truly ambitious crossovers in my time; different teams from different cities have solved crimes on procedural cop shows, the Disney Channel threw together their leading live action casts back in the day, while Nickelodeon had their most successful shows jump through different animation styles. Even the last Marvel film featured over twenty established characters. This all pales in comparison to Catwoman meeting Sylvester and Tweety.

Though it’s usually a game of cat and mouse, Sylvester the cat has been chasing various critters since his first appearance in 1939, and since his antics won him more awards than any other Looney Tunes main character, it makes sense that he’s found one lady in the DC Universe most likely to love your valuables. 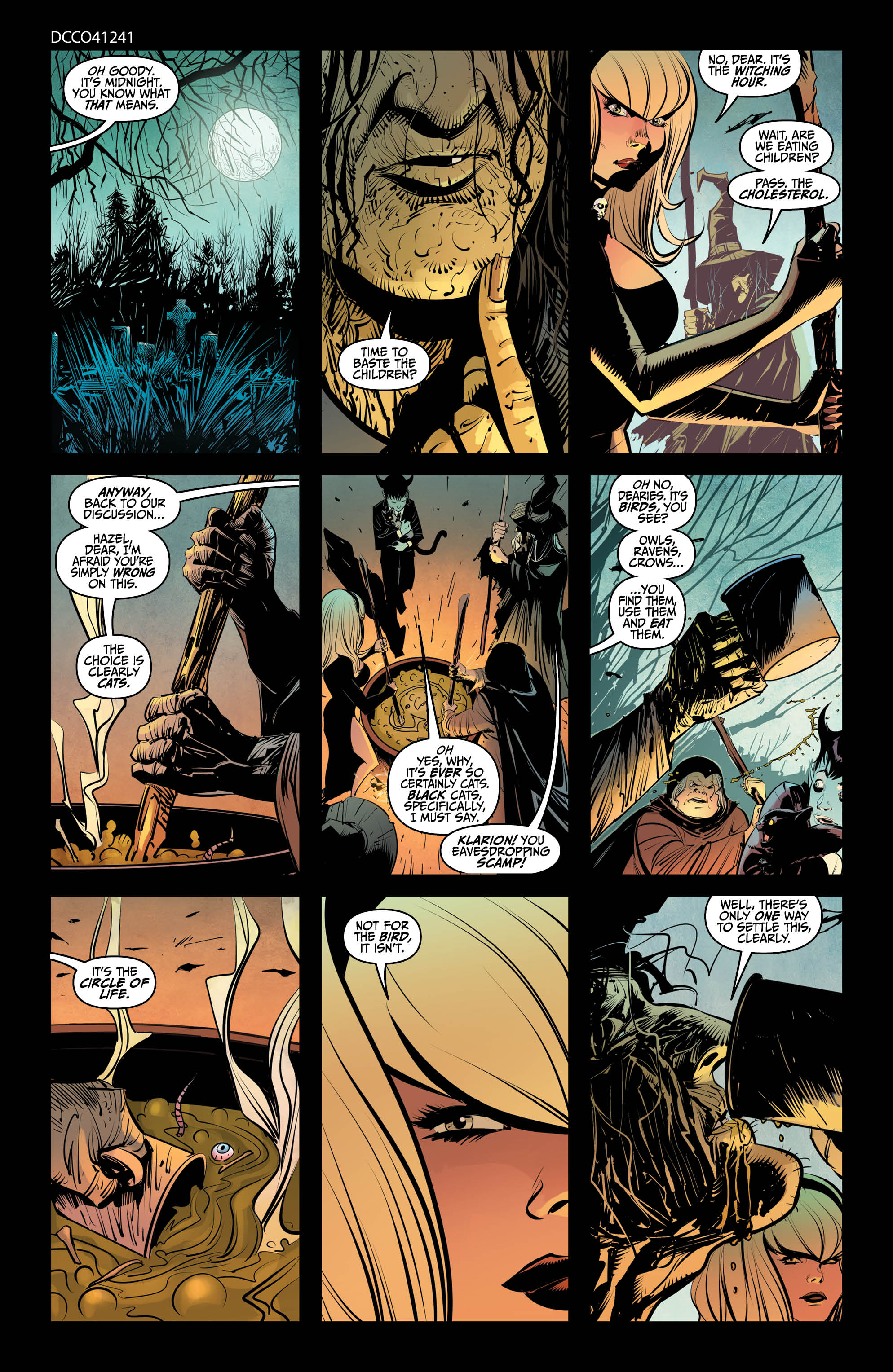 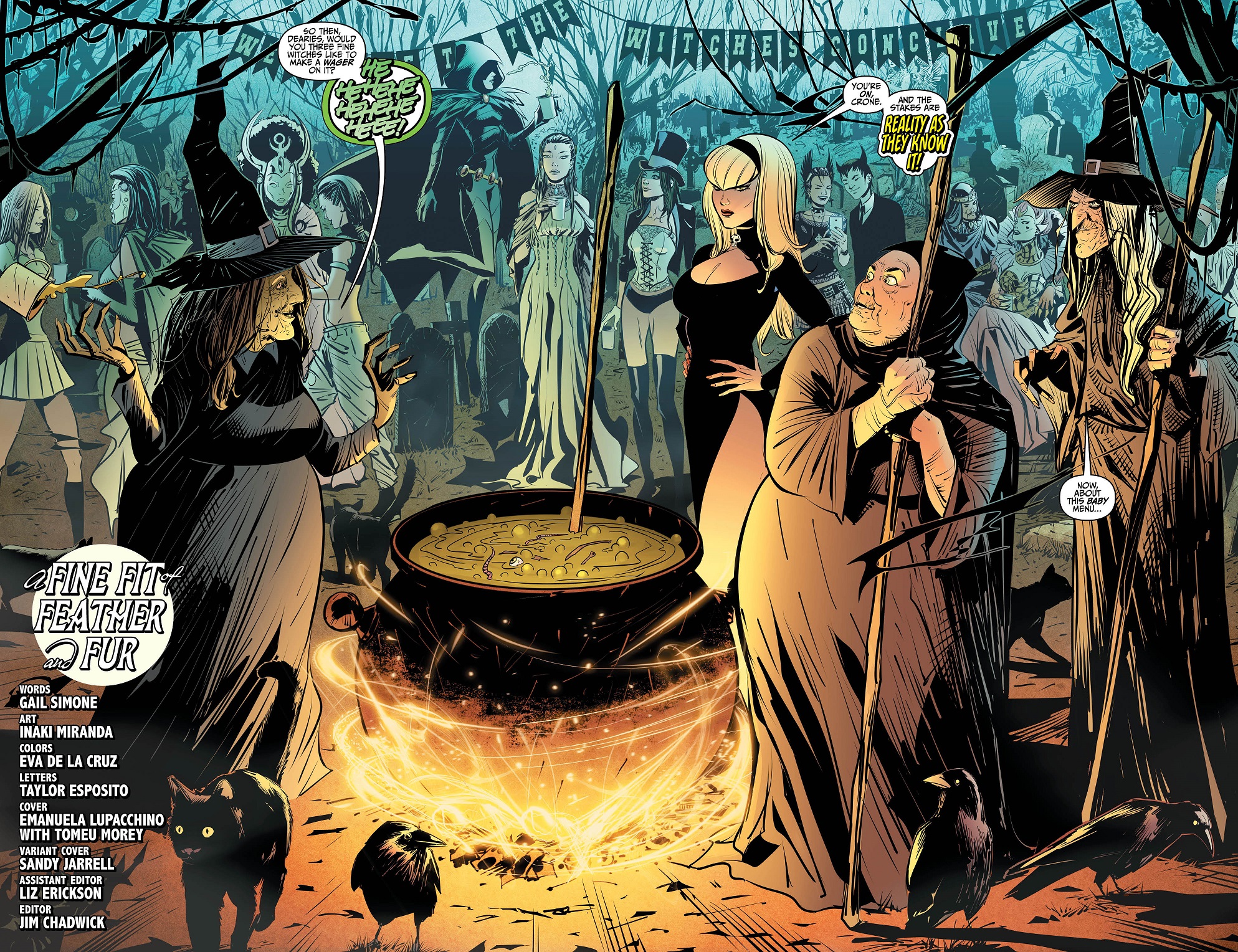 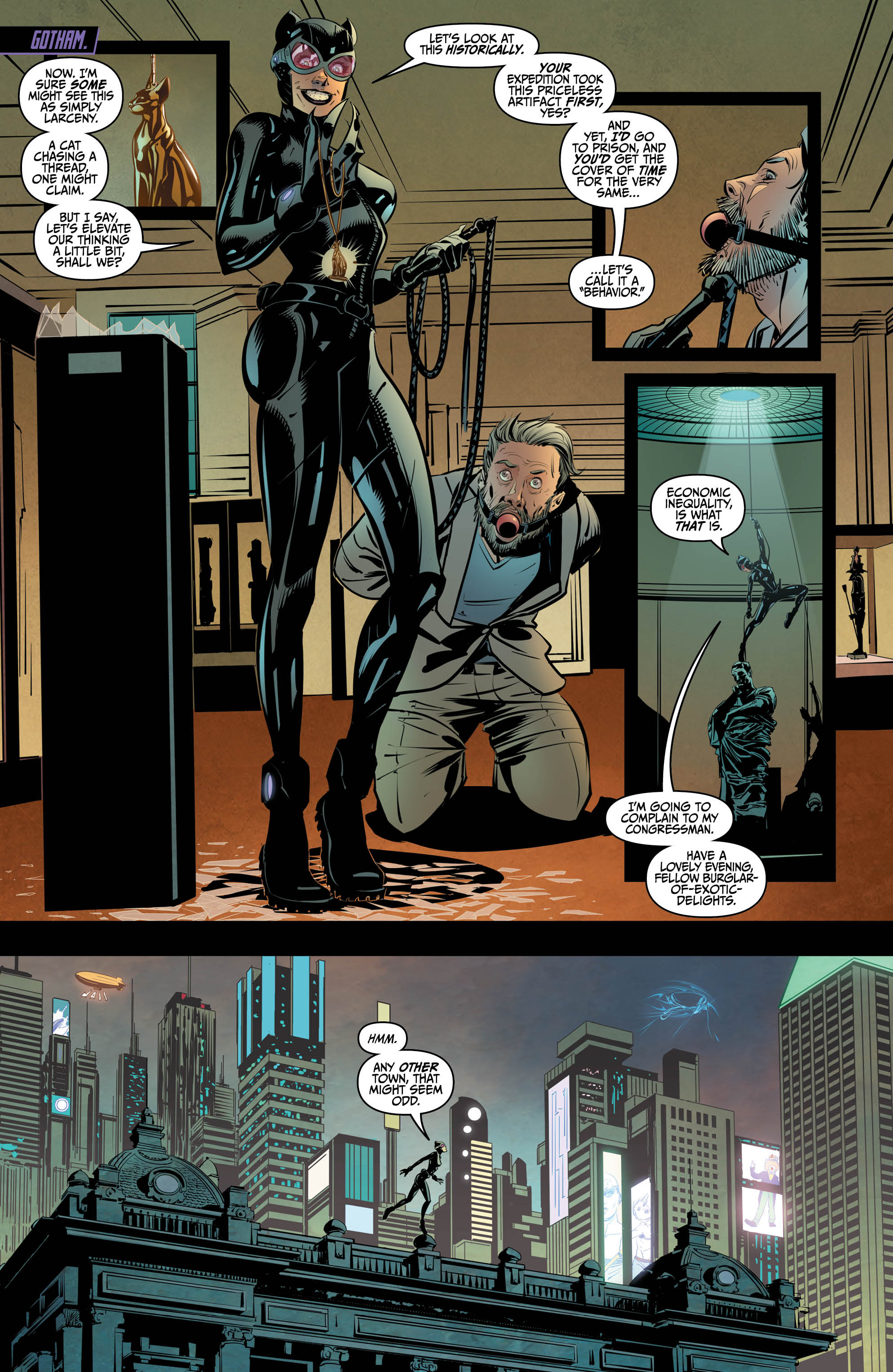 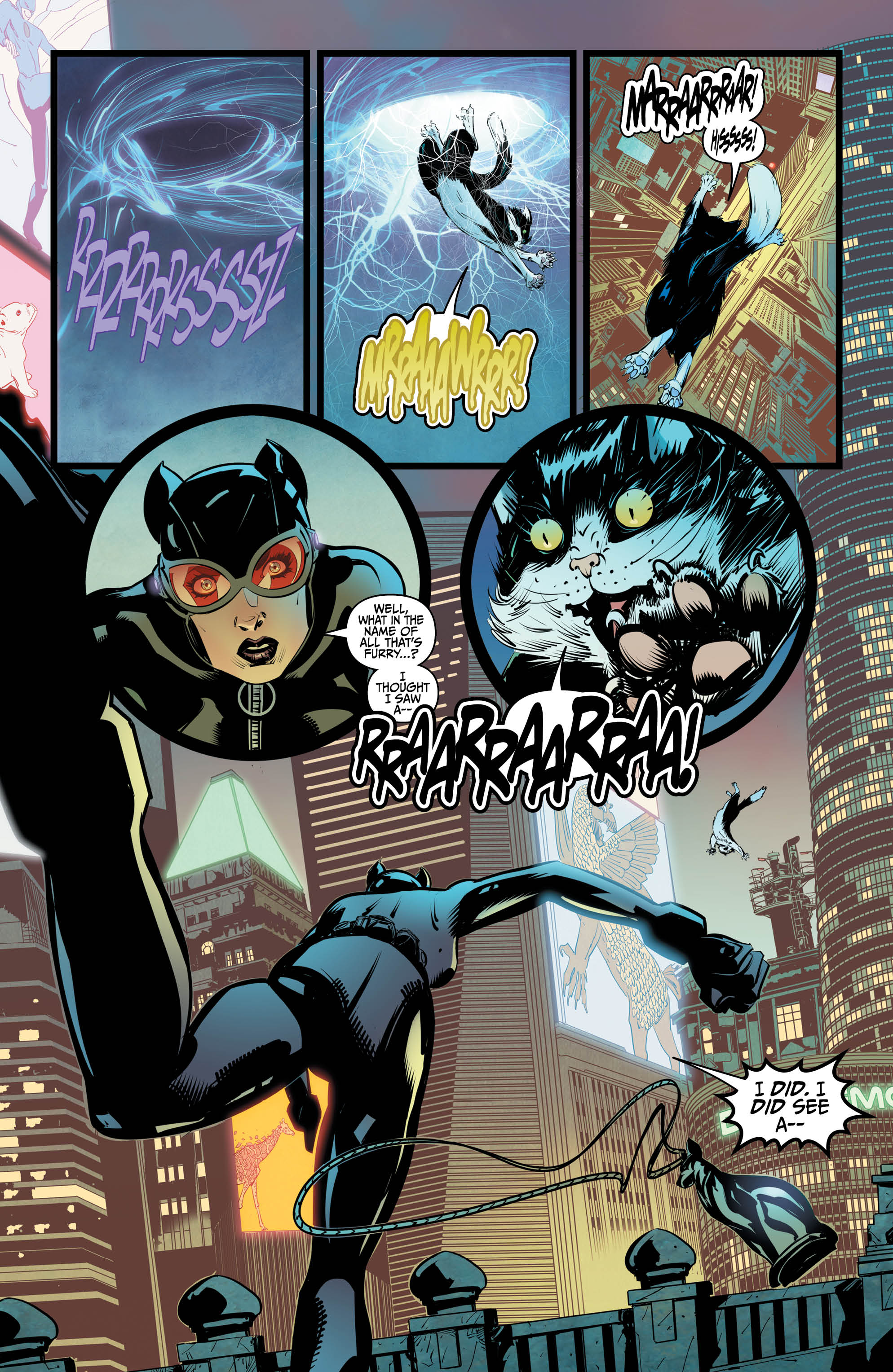 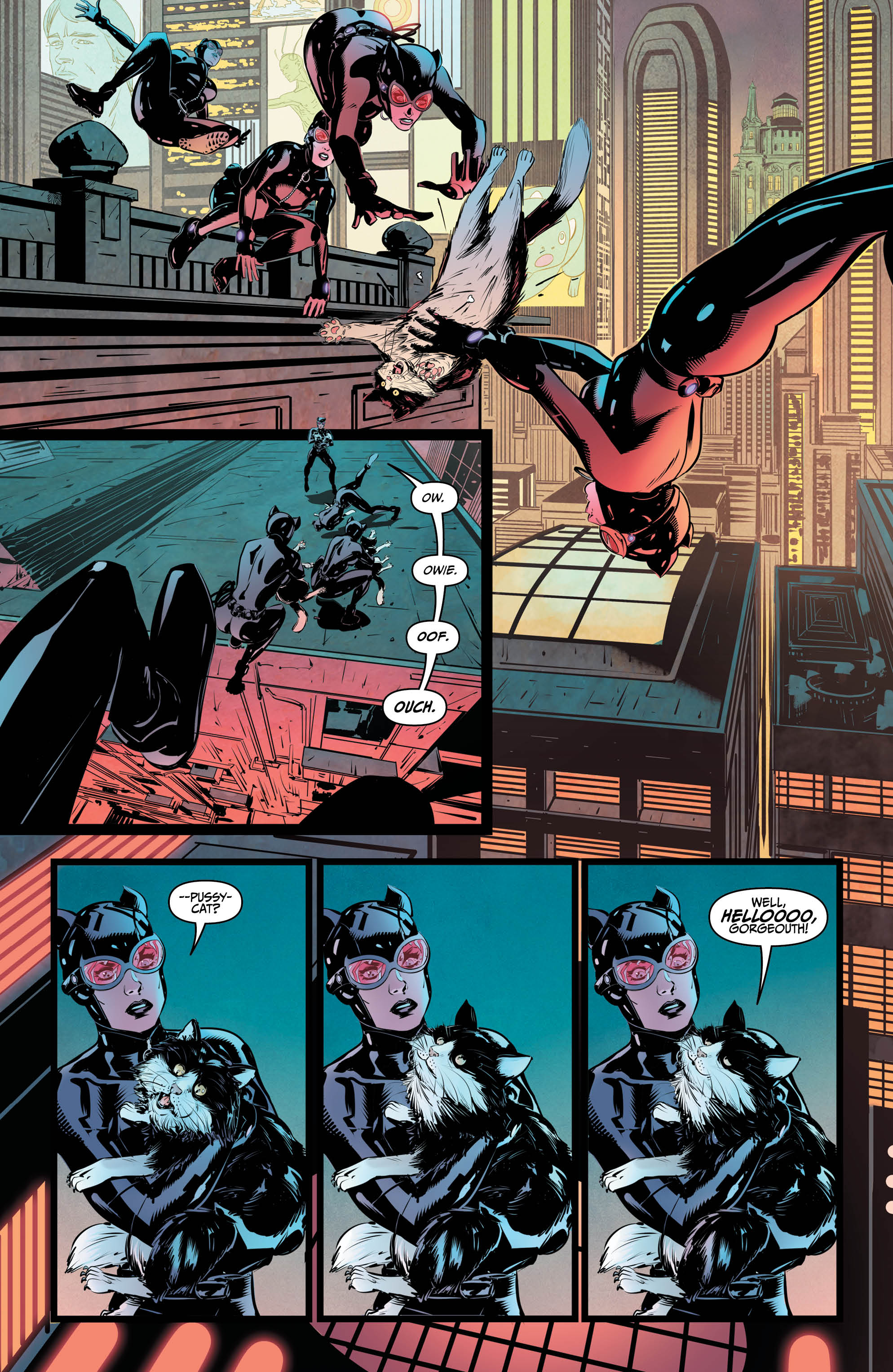 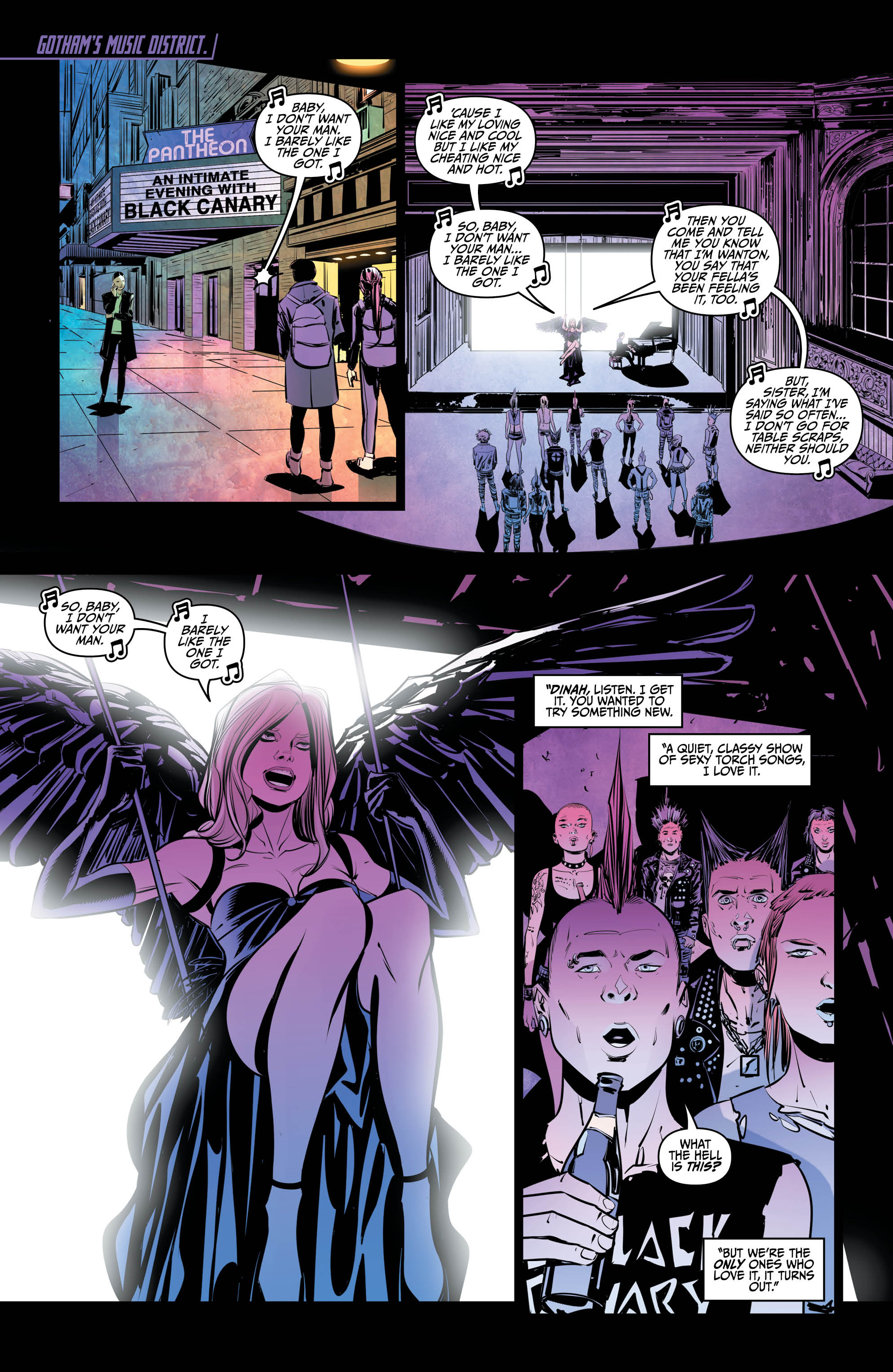 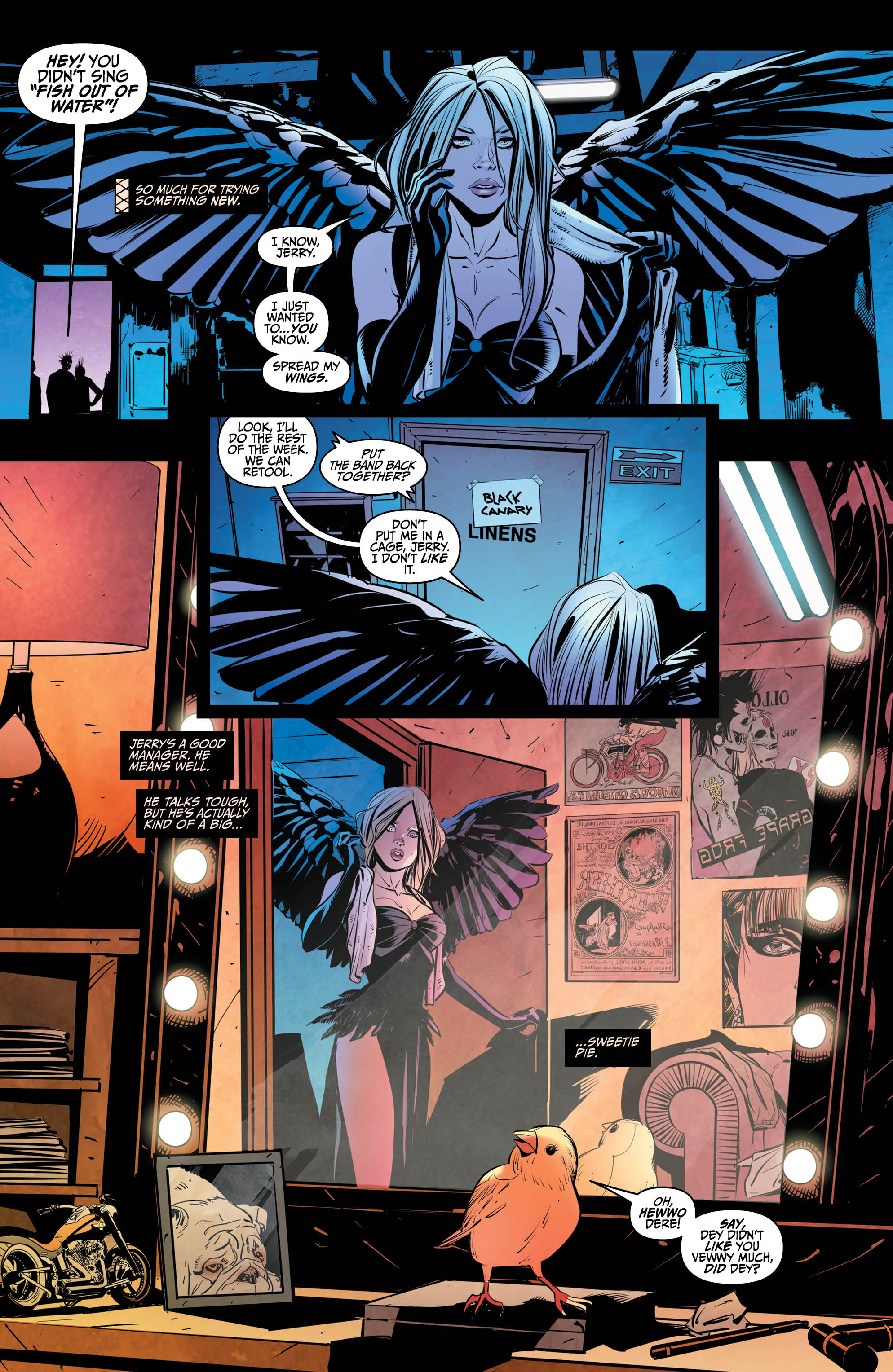 Everyone thinks Tweety’s been side by side with Sylvester, but he actually first appeared in 1941. They only became a solid double act after they first met in 1947. In this issue, the two of them being in Gotham city spells a little extra chaos. The obvious companion for a canary is the canary, DC Comics Black Canary. The Saturday morning antics get all the bigger with two powerful, dangerous ladies fighting it out while the cat tries to eat the bird.

The class act of Sylvester lightly salting and stuffing Tweety between two slices of bread is funny on Saturday morning. Adding the detailed, sharp artwork of Miranda and De La Cruz adds an ironic realism I didn’t know I wanted. I want my artwork to be dynamic and detailed, but sometimes I want a tiny yellow bird to conjure a big hammer and bash cats.

The battles heroes and villains get themselves into are grand, and hold the fate of the universe in the balance. We root for them, and hope that reality doesn’t crumble around them. It can all get very serious. So, if a talking cat or canary tell you they’vethe fate of cat and bird kind is at stake, it still counts as a grand battle, but just light enough to help fans like us breathe between apocalypses.