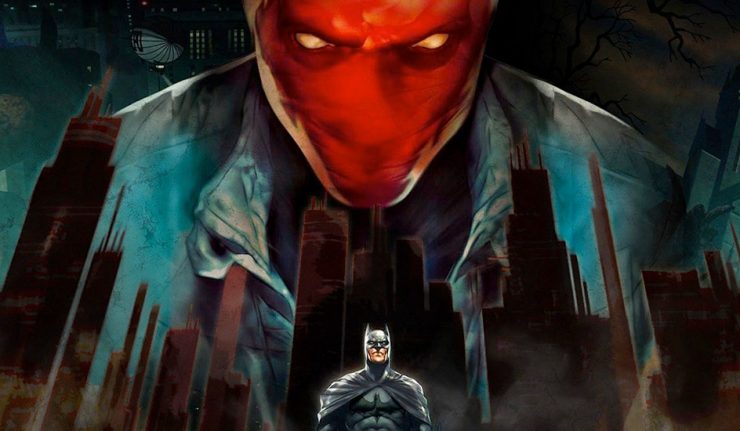 Despite being a highly popular character, Jason Todd’s Red Hood hasn’t really appeared in a whole lot of media. He was made a pretty prominent character in Batman: Arkham Knight and Injustice 2, he has remained largely absent from TV and movies. His highest profile role was in a DC animated movie that adapted his origin story. Batman: Under the Red Hood remains one of the greatest Batman movies around, animated or live-action.

The person to bring that version of Red Hood to life was Jensen Ackles, known for playing Dean Winchester in the long-running TV drama, Supernatural. Had WB opted to adapt Under the Red Hood as a live-action flick, I honestly believe Ackles could have easily played the character. Unfortunately, he’s aged a bit, so I don’t think he can convincingly play Todd now. Eight years ago, I’d say he was perfect casting.

His turn as Red Hood was one of his few non-Dean Winchester roles, so it was a real treat that WB managed to nab him away from the series for this movie. Beloved, but never forgotten, it seemed Ackles has all but moved on, like most actors.

Then, he lit the Internet ablaze and made DC fans very happy a few days ago. Though nothing particularly substantial, it was still something very fun.

A cheeky caption, indeed. What I can gather from this photo is that Ackles either stopped by a comic book shop or a vendor booth at a convention, spotted the costume and decided he couldn’t miss the photo op. Though this will likely launch a lot of fan speculation that Ackles will eventually don the helmet, I’m fairly certain that it’s little more than a nod to his fantastic turn as the most tortured Robin.

What do you think? Would you like to see Ackles eventually play Jason Todd on-camera? Or do you have another person in mind? Let me know.