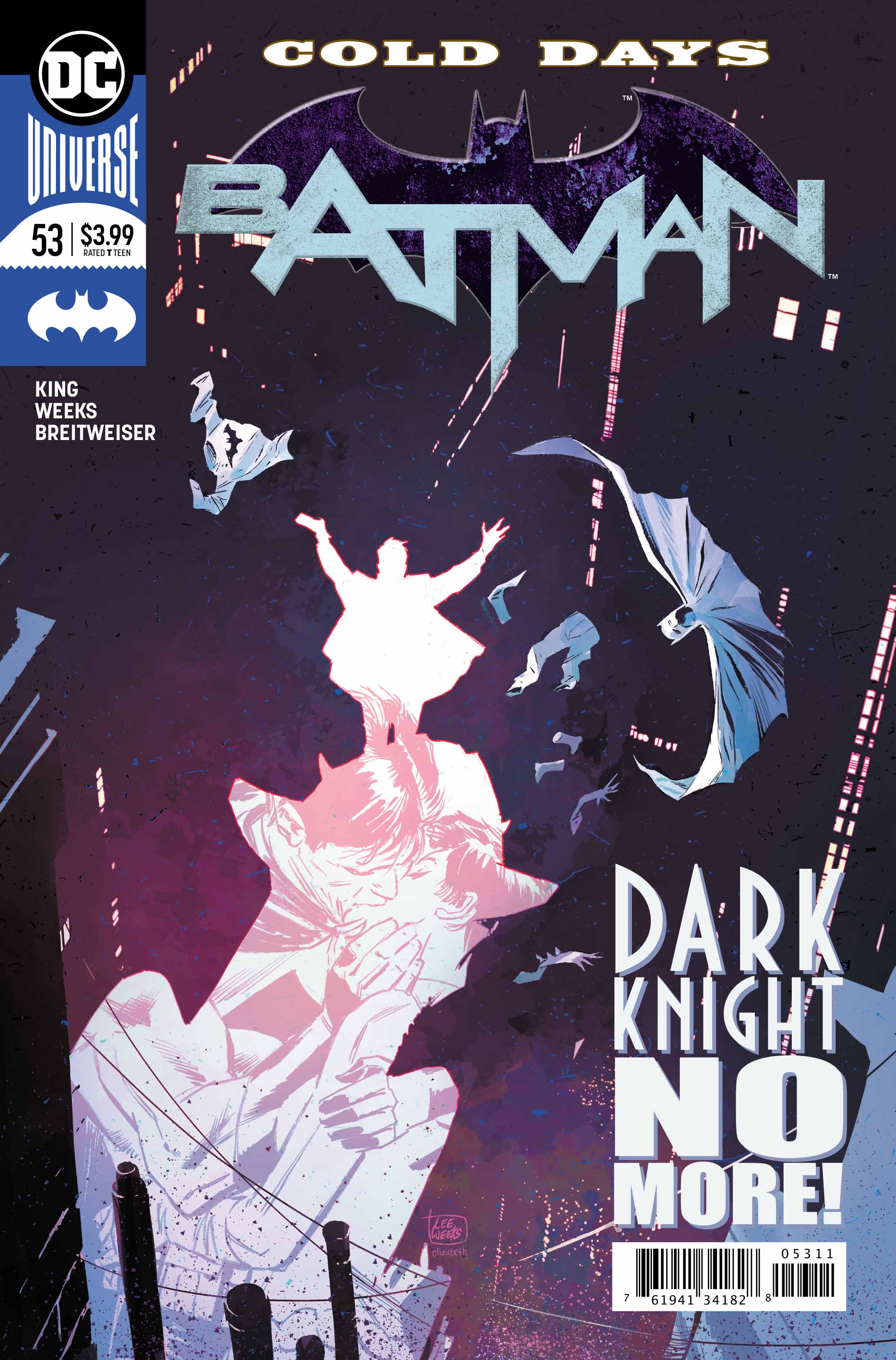 With Bruce Wayne in court, he will do anything to convince the jury to go against Batman.

Writer Tom King took three chapters to get to the point, but this issue is the emotional climax for Bruce Wayne. All throughout the trial, we see Bruce act fopish and aloof to put up a front. However, it is intriguing to see him meticulously unravel as the trial progresses. At first it seemed like a carefully-constructed facade to trick his fellow jurors, but in this issue, readers realize that the charade is over. Bruce lays it all out on the table emotionally. This character turn-heel is cleverly done by King. Readers go from rooting for Bruce to pitying him. 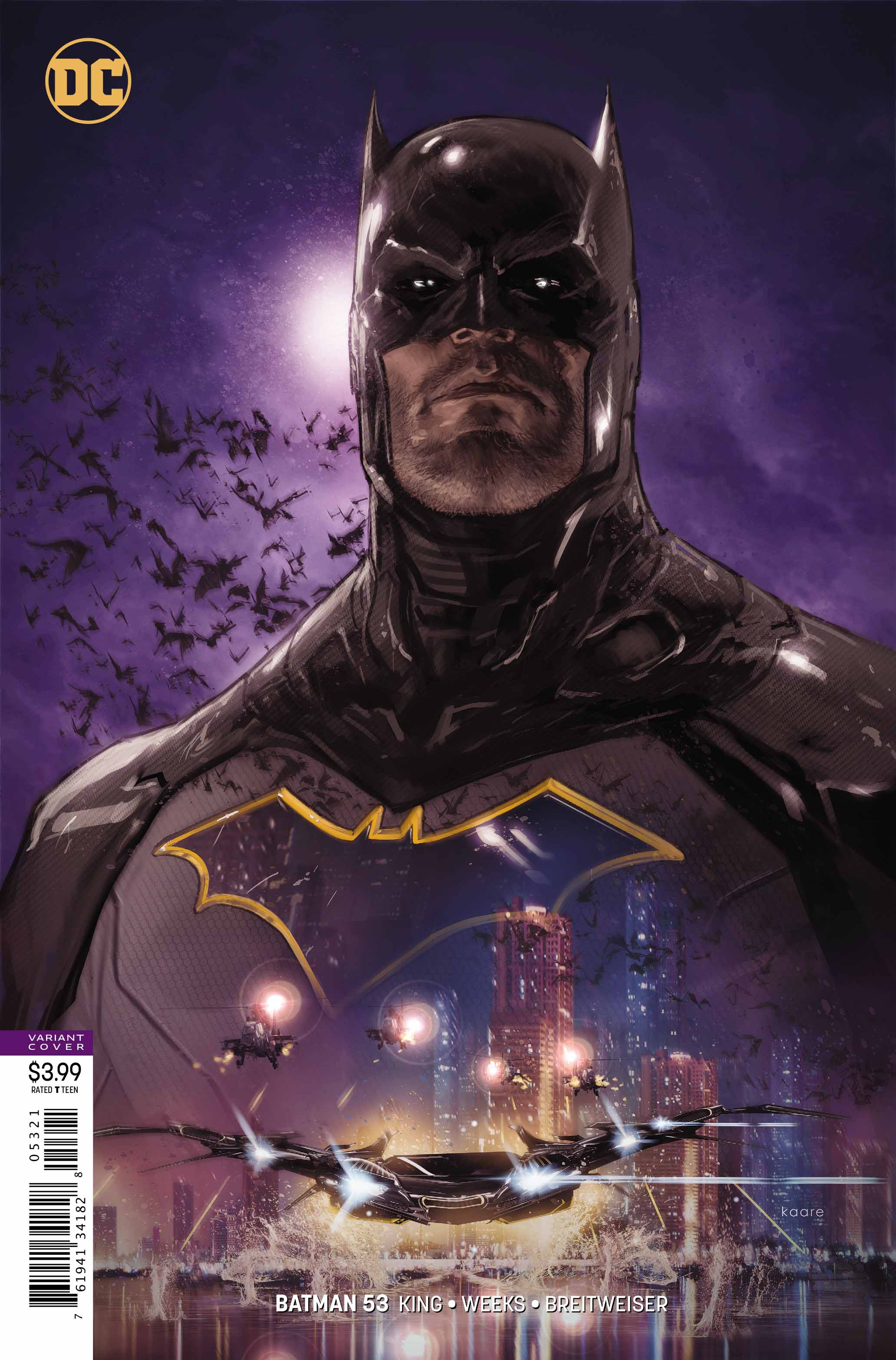 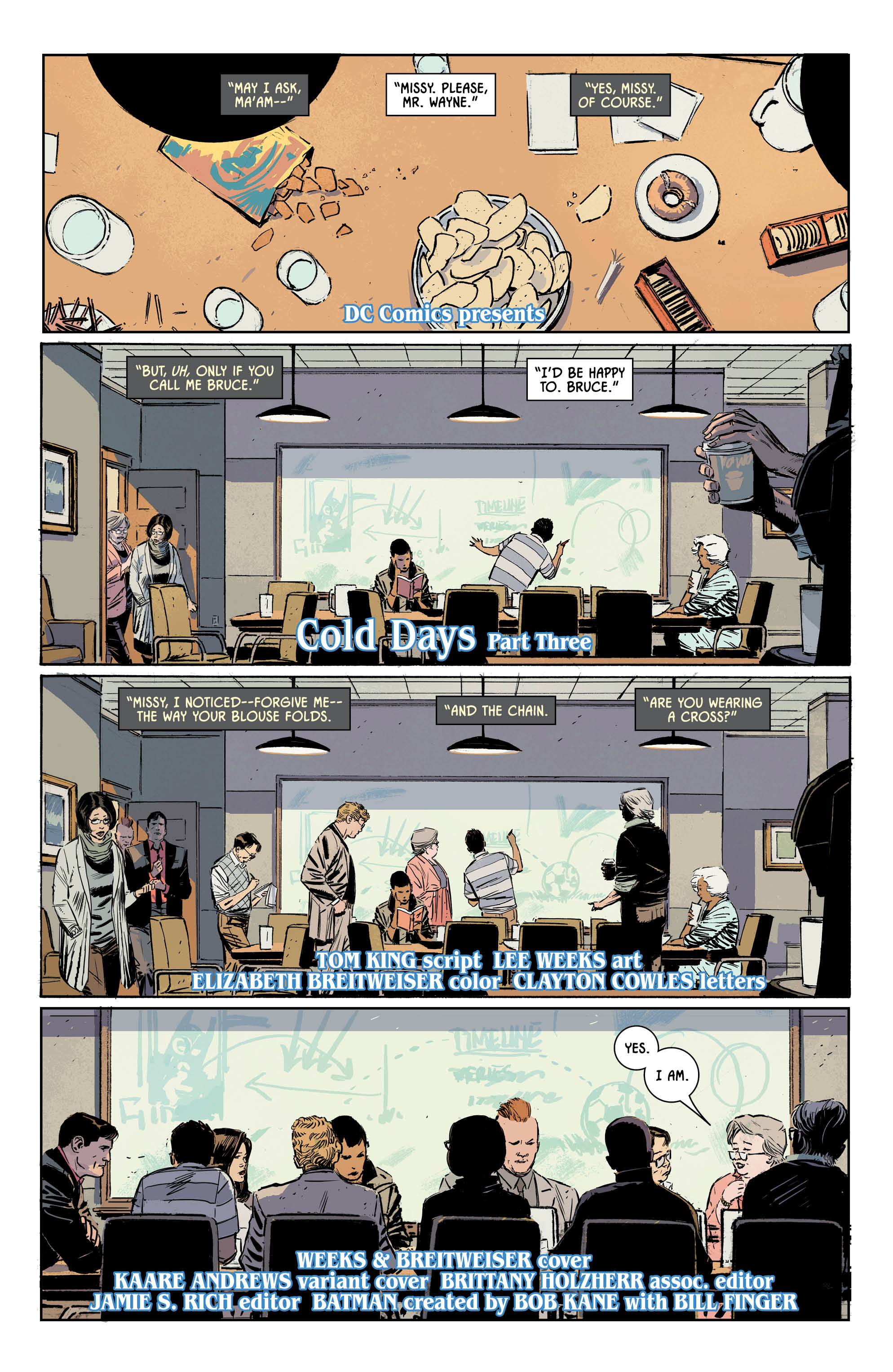 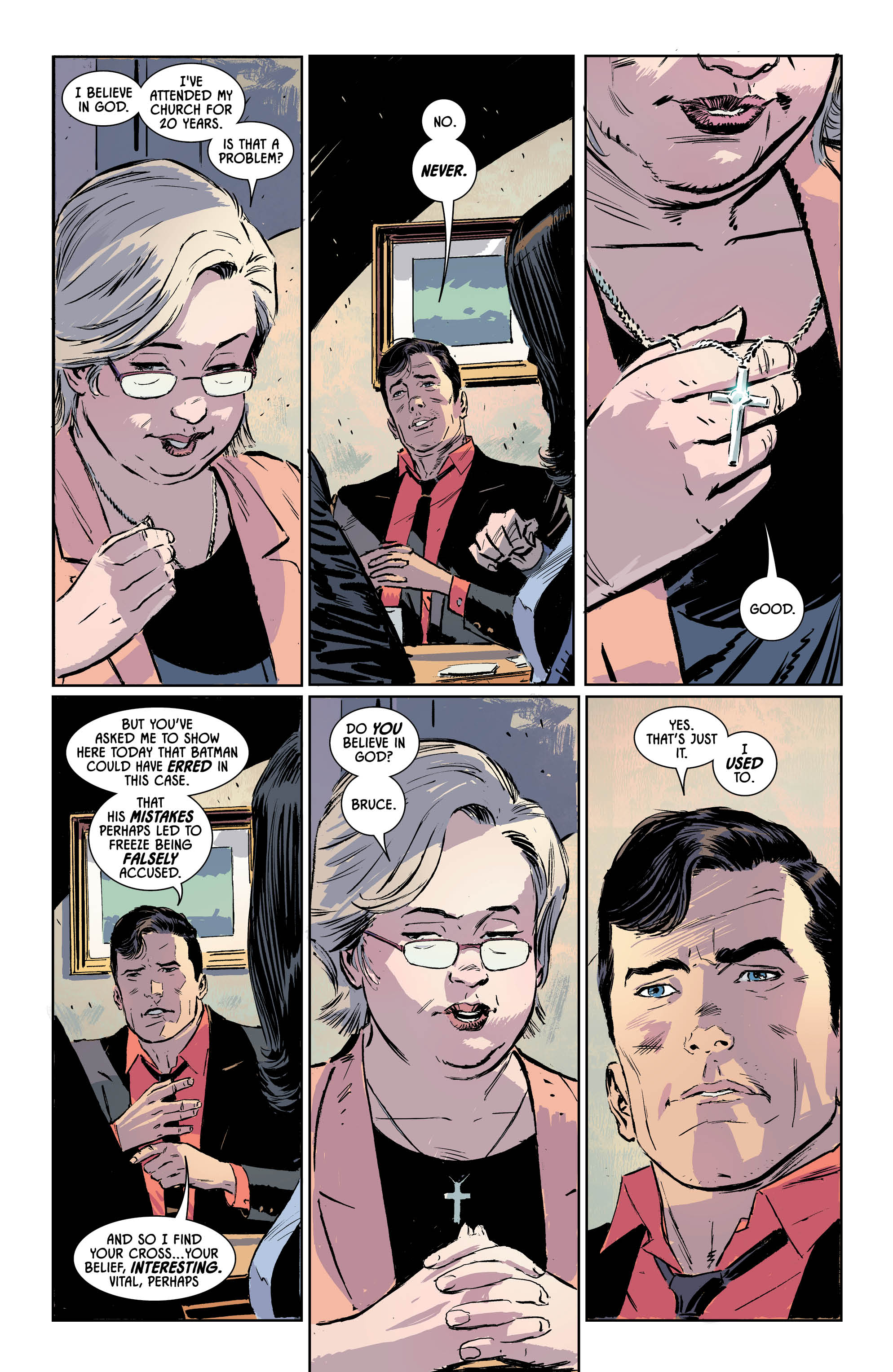 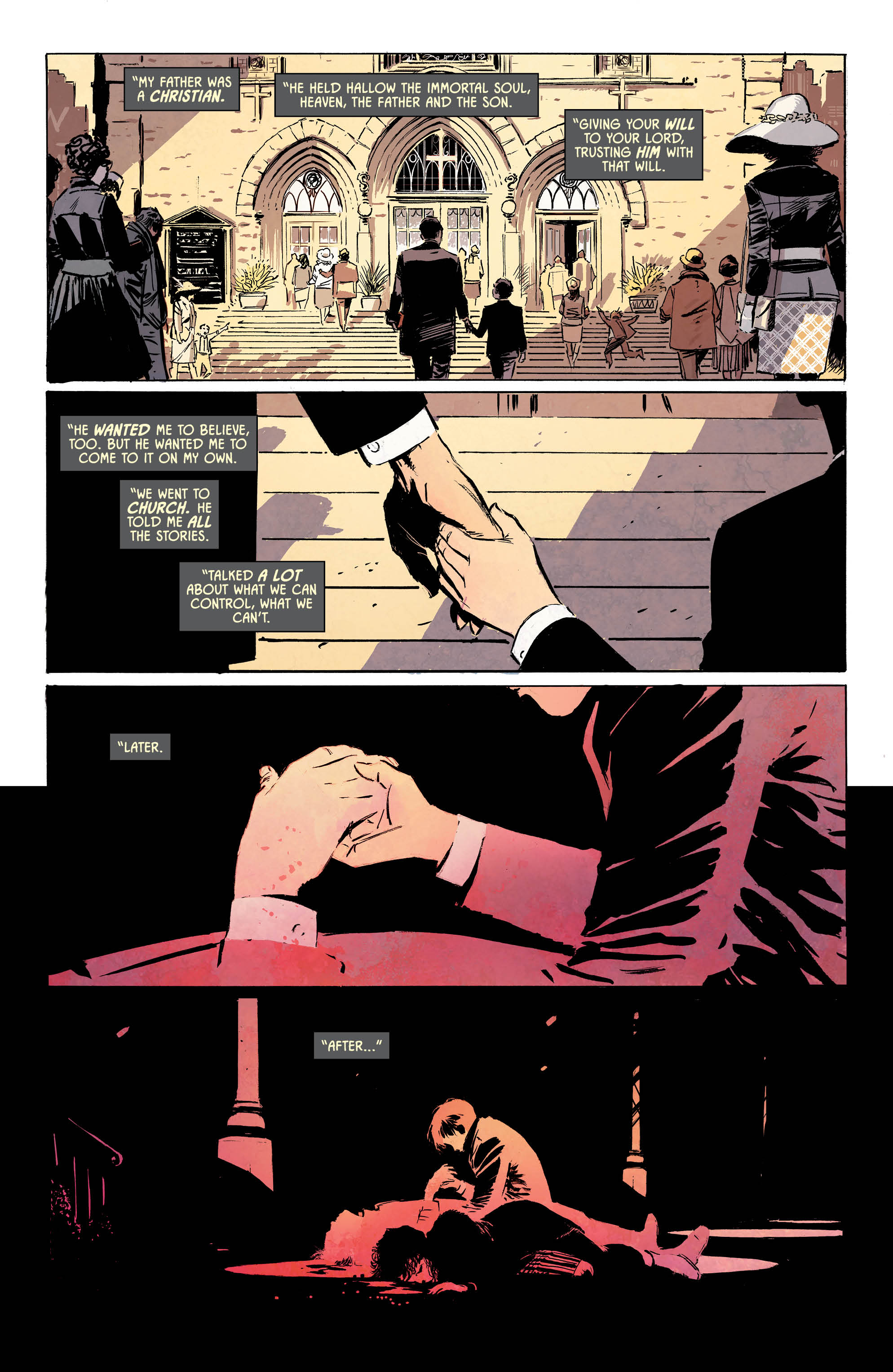 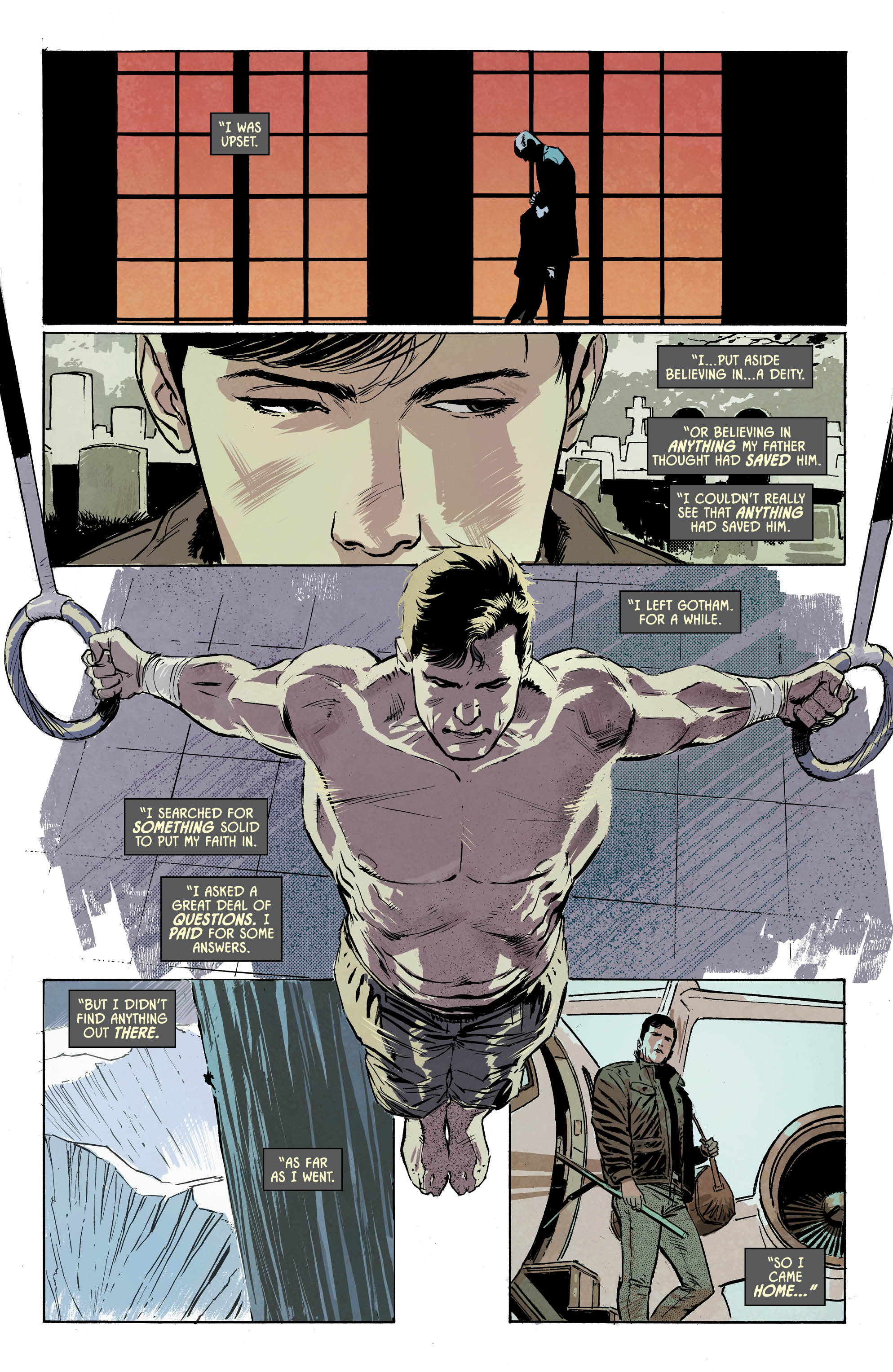 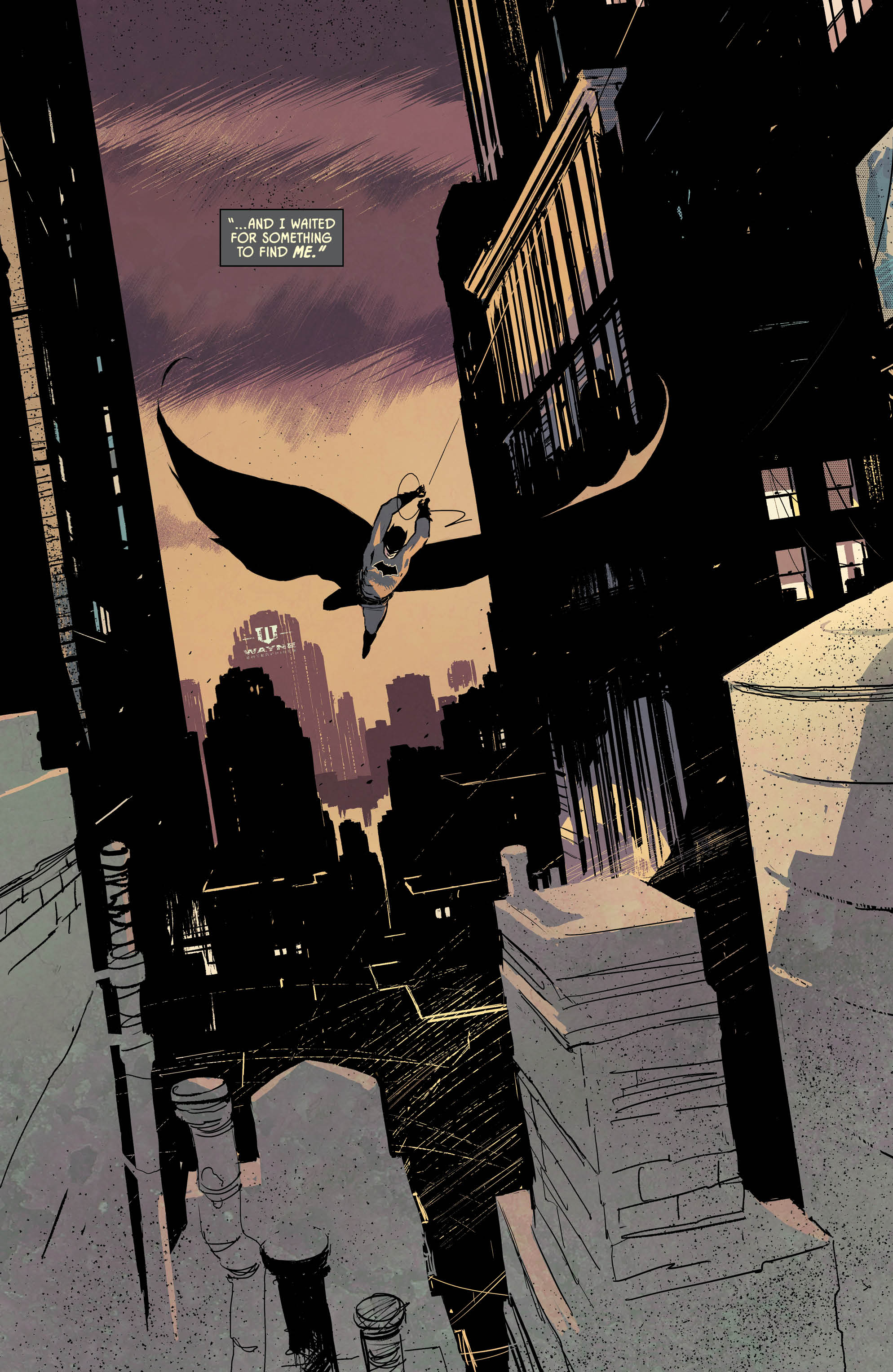 This vulnerability is what makes this issue so emotionally cathartic. King’s Batman is typically played as a stoic, cryptic figure with hinting the smallest hint of human feeling. It is a criticism of King’s run. However, that is not the case here. The proverbial floodgates are opened and Bruce feels fully realized as a character.

The other reason why Bruce’s character arc works wonderfully is due to the inverted deconstruction of the Batman/Bruce Wayne relationship. It is not often that Bruce thinks of Batman as a separate entity. In fact, many stories hammer home how much Batman is ingrained in Bruce’s identity.

But King presents Batman as this esoteric being separate from Bruce. Part of that is due to Bruce needing to keep up the appearance of his secret identity to the jury, but the other reason is because Bruce sees Batman as an abstruse ideal person. King flips the convention of ‘Bruce Wayne is the mask’ on its head. And when that inversion occurs, King masterfully flips the script where Batman needs the common folk to save him. It is a brilliant double-reversal that reflects King’s finest storytelling abilities.

What can be said of Lee Weeks art? His heavy inks are lush and wonderful to stare at. His style seems to have smoothed out a little bit too – for a lack of a better term. At times, it resembles David Mazzucchelli’s noir-inspired art.

Batman #53 is the perfect conclusion to the “Cold Days” storyline. It feels emotionally right and offers subtle character twists and turns that make it so interesting.